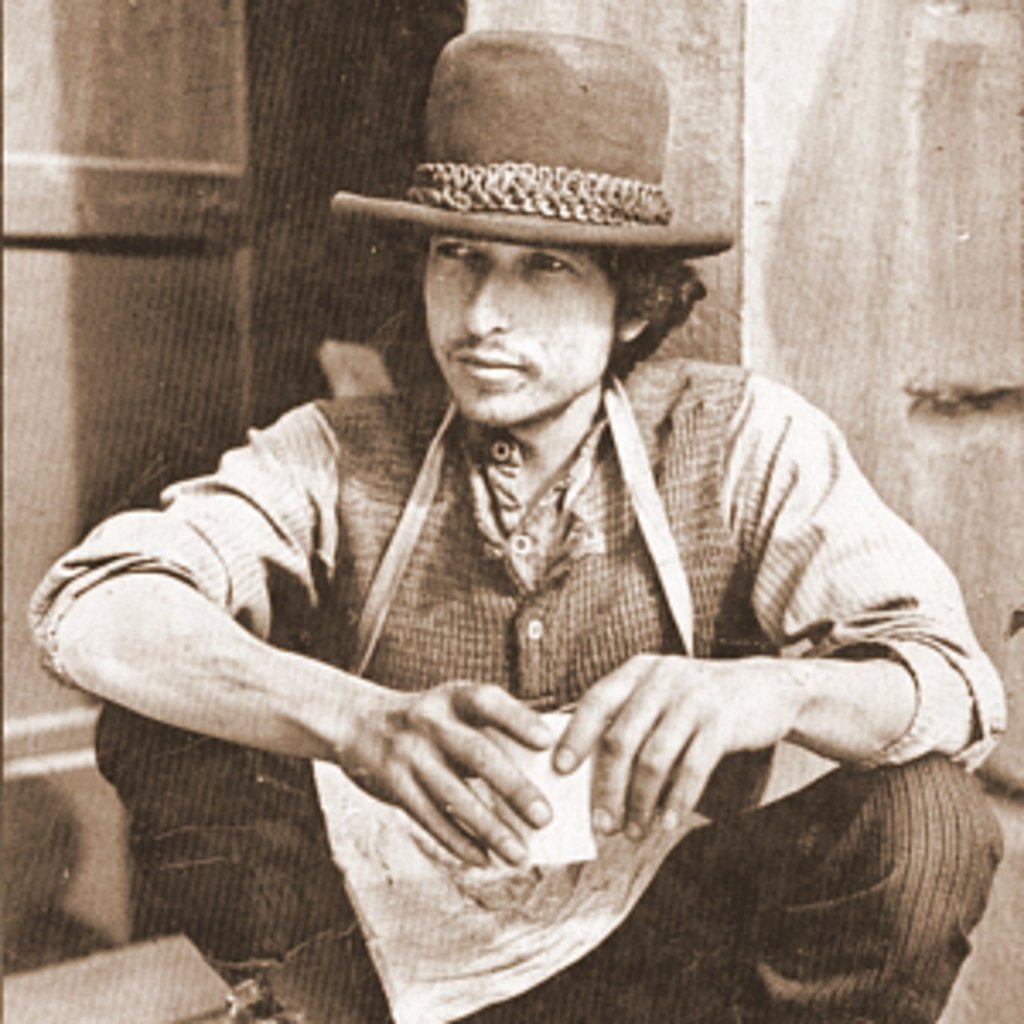 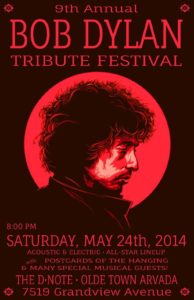 Before there was Ryan Tedder, Justin Timberlake, David Bowie, Bruce Springsteen, Pete Townshend, or countless other rock singer-songwriters — there was Bob Dylan. Regarded as one of the greatest of our time, Dylan turns 73 on Saturday — which calls for a celebration of homage, respect and tribute.

The 9th Annual Bob Dylan Tribute Festival is Saturday and features both acoustic and electric sets at the famed D Note in Olde Town Arvada. If you’ve never made it to this quaint little area northwest of Denver, do yourself a favor and swing by.

The event poster alludes to Postcards of the Hanging — a compilation album by The Grateful Dead of entirely Dylan covers, which was released in 2002. Members of the Juba Juba Band — a local Grateful Dead tribute band — will be performing Saturday, along with drummer Chris Murphy of Rebel Tongue and Dewey Paul Moffitt of the Dewey Paul Band. More special music guests are to be announced. The fun begins at 8 p.m and entry is free.

One more thing to note: Bob’s son Jakob will be performing with his band The Wallflowers for a free show Friday at Skyline Park in downtown Denver, kicking off the Denver Day of Rock, which will also feature performances on Saturday from Plain White T’s and The Hold Steady.