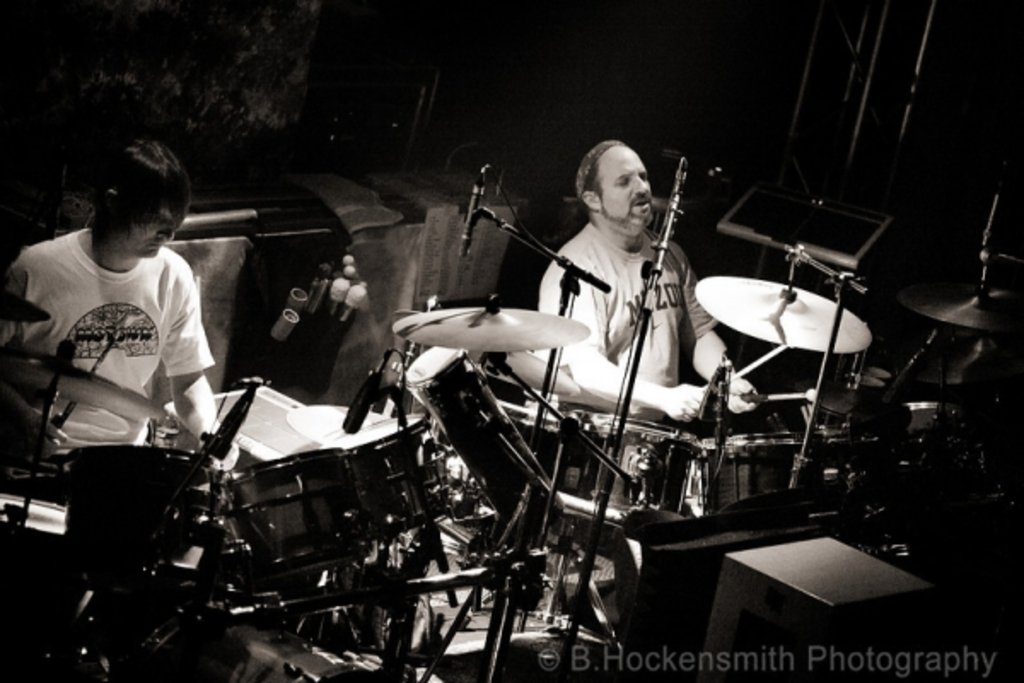 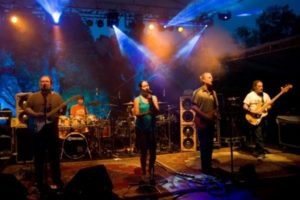 I have often said that there is a special place in hell for cover bands. But this comment stemmed from my time during college, bartending overtime in a jam-packed establishment full of hammered students and alumni rocking out passionately to which ever cover band that was covering “Livin’ On A Prayer” that week. That would be enough to drive any sane and sober person to tears.

Dark Star Orchestra isn’t just another cover band. They are the Holy Grail of “cover bands,” and I cringe to even refer to such talented musicians as such. DSO carries the torch of the Grateful Dead‘s one-of-a-kind music on into the sunset for the post-Dead generations to enjoy and savor. Dark Star Orchestra not only “covers” the Dead, but they do so with such honor and gusto that even the most dedicated of Deadheads (for example, my dad and his friends) have claimed that seeing Dark Star is even better than seeing any of the remaining members of the Dead (Phil, Bobby, Mickey, Billy and all of their ever on-going side projects and solo bands) play their own music these days.

“Dark Star Orchestra often sounds more like The Dead than The Dead sometimes did.”

Dark Star Orchestra’s drummer, Rob Koritz, took the time to answer a few questions for 303 Magazine to preview this weekend’s upcoming Boulder shows. DSO plays this Friday and Saturday, March 28 & 29, at the Boulder Theater at 9pm.

303: Dark Star Orchestra has reached a major milestone: after sixteen years of touring together (only about half as long as the Grateful Dead toured), you will soon be surpassing the outstanding amount of concerts that the Grateful Dead, themselves, had played: 2,318 shows. Jerry would be proud. Congratulations on your achievement. 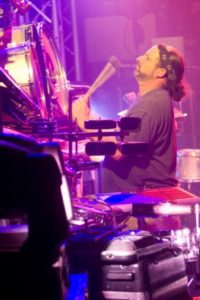 303: I grew up as a Deadhead baby. I remember my dad promising to take me to Dead shows when I’m old enough and telling me about how I could spin and twirl and bounce around beach balls with other tye-dyed, long haired fans. Have you been to any Grateful Dead shows?

Rob Koritz: Yeah, only about 100. When I went to school in Arizona, I used to see a lot of West Coast stuff, but I grew up in St. Louis. Went to the 1990 Europe tour. I pieced it together.

303: Dark Star Orchestra has played with every living member of the Grateful Dead- who was your favorite to play with and why?

Rob Koritz: That’s a great question. It’s amazing to play with all of them. My personal favorite probably didn’t happen with Dark Star- but I sat in with the Mickey Hart Band. But, as far as with us, I loved having every one of them up on stage. Getting to double drum with Billy was as cool as it gets.

303: You play the drums for Dark Star Orchestra- which of your the Grateful Dead’s drummers is your favorite to embody? The most inspirational? Why?

Rob Koritz: Well, both of them. But I got into Mickey first and that’s what I get into in Dark Star. My music degree is in jazz though, and Billy comes with more of a jazz background. They both inspire me in different ways.

303: DSO models their stage set up and each set list after the actual Dead’s set up and actual shows from the past. Why do you think this is such an essential part of recreating the Grateful Dead experience?

Rob Koritz: That’s another great question. When we first started doing it, it was just something that was different than the other Grateful Dead cover bands. People didn’t even really get it. I really don’t know- maybe part of it is because of the flow. Everyone becomes so accustomed to the Grateful Dead’s show flow and we would provide that.

But about 70% of the time we do that and the rest of the time, we make up our own set lists and people dig that. Because it’s unpredictable. I like both. I like recreating the show, because it puts me in that moment. And I like playing the original set list because it gives us the chance to string some songs together that they never did. Some songs they only played for a certain amount of time, we can play whenever we want.

303: Where is your favorite place to play the Dead? Have you found that the Deadheads across the country are still most prevalent in California, San Francisco specifically?

Rob Koritz: No, I mean they’re everywhere. We’re everywhere. It’s the truth. It’s crazy. Places like Salt Lake City- who’d have thunk? The East Coast is a little different. The West Coast audience might be a bit more attentive to the music and not just focused on the party. The room is quieter when we play on the West Coast, a bit chattier on the East.

303: What is it like to play such renowned and beloved music that had- and still has- such a major cult following worldwide? Dead fans are so devoted and loyal, it must be pretty amazing to have already had such a solid fan base.

It’s really a great feeling to just get to do the music a service and keep it going. And allow people who never got to see the Dead a chance to see it.

There’s no better feeling, really, than playing music that you love. It’s music that’s in my soul and I’m just lucky to play it every night.

303: What is your favorite Dead jam to play?

Rob Koritz: You know, things I like to play and songs I like to hear aren’t always the same. On the Bobby side, The Music Never Stopped. When I Paint My Masterpiece just speaks to me. On the Jerry side, some of the ballads I just love to play: Comes a Time, To Lay Me Down, High Times. They’re slower songs, but they really just speak to me.

One of my personal favorite Jerry Garcia covers, “When I Paint My Masterpiece,” originally written by Bob Dylan in 1971:

303: The Grateful Dead was notorious for their spacey drum solos. How do you like to play this type of music that is so signature to the band?

Rob Koritz: It’s my favorite part. That’s the time, when we do drums, that you can tell what year we’re playing by the equipment we use. During the drum solo, I don’t have to be Billy or Mickey: I just get to be totally free. And it’s a blast. And space isn’t for everybody, it’s not always my favorite part of a show. Most people take a quick break during the drums. But that’s when I get to be the freest, the most expressive, and as creative as I can be.

And compare it to Dark Star Orchestra’s version of “Music Never Stopped” from 2009. Can you tell the difference?