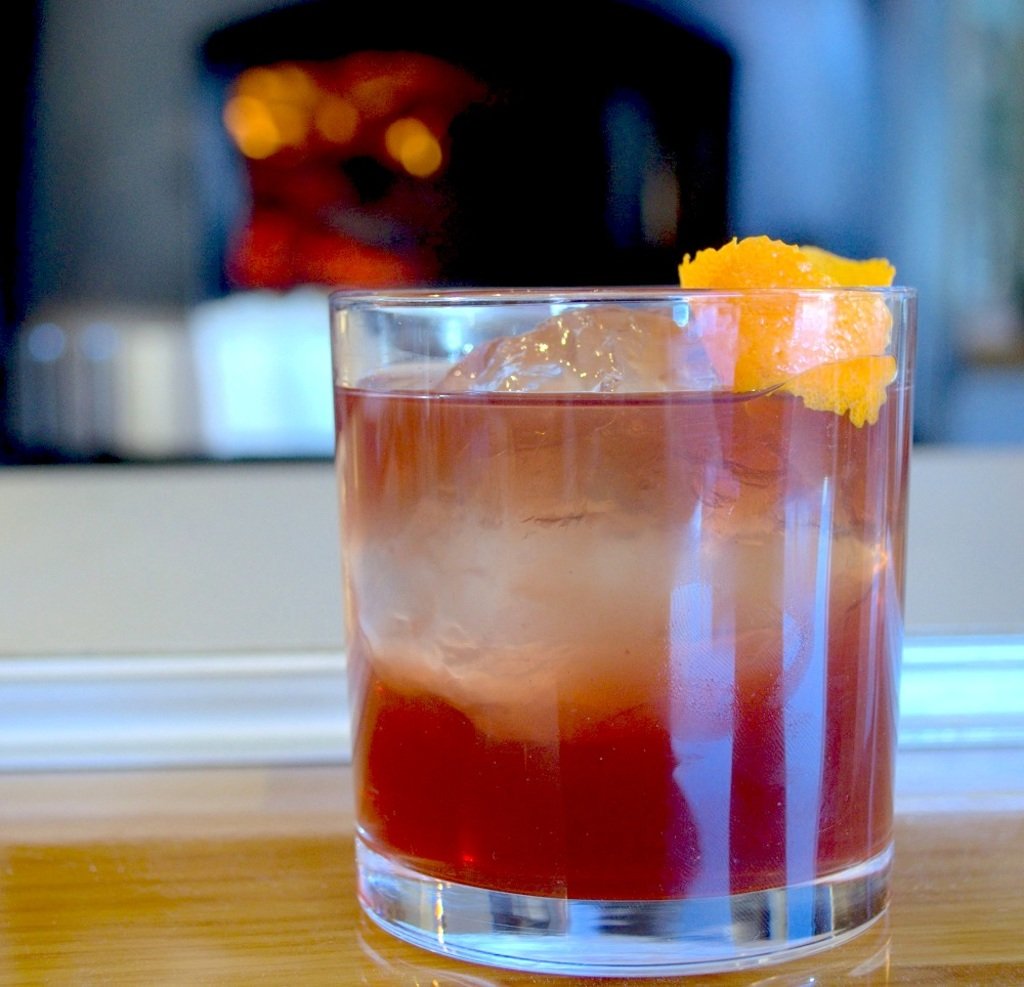 What: OAK at fourteenth

Pros: The menu is outstandingly original. Both food and cocktails boast masterpiece flavor combinations, unique and contemporary balance perfectly with a rustic and farm-to-table feel.

Cons: The challenge-course of Rastafarians to maneuver through in Boulder. 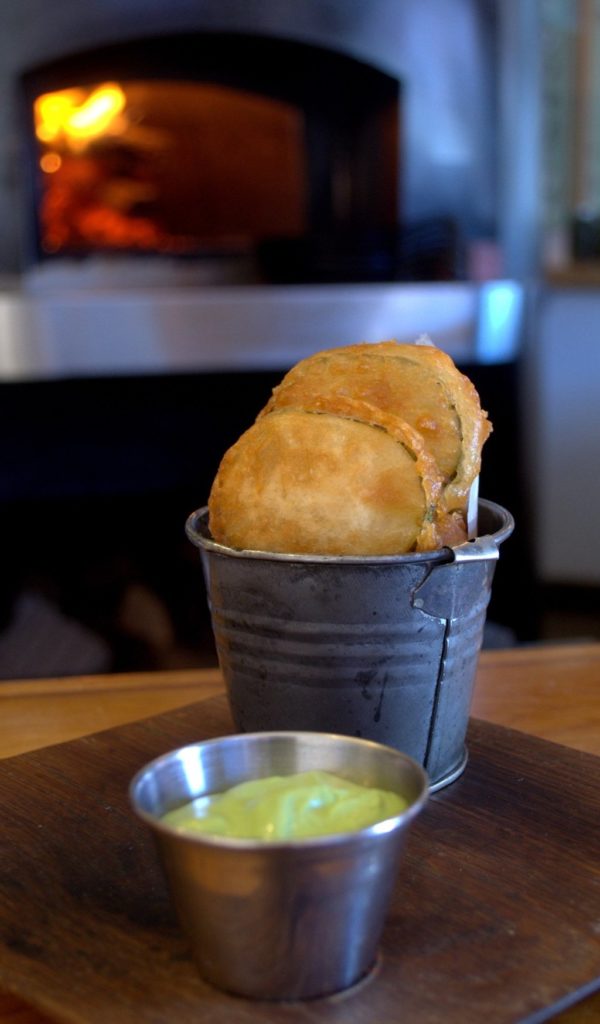 Chef Steve Redzikowski is the renowned head chef and co-owner with beverage guru Bryan Dayton of OAK at Fourteenth, as well as Acorn in the Source. Redzikowski has created a truly unique menu to match OAK at fourteenth’s unique story. OAK is a phoenix out of the ashes in the Boulder restaurant scene. The original construction burned down in a fire in 2010. The menu, much like the newly renovated space, is welcoming, open and dynamic. The minimalist design and subtle interior touches within the space all add to the OAK experience. Arch11, a famed restaurant architectural firm out of Boulder, helped Redzikowski and Dayton re-imagine the concept. Its main focus: the meal itself.

303 Magazine sat down with Chef Steve Redzikowski before the dinner rush and learned about the process, changes, and fluidity of OAK. Redzikowski was born and raised in New York and has worked at amazing restaurants all over the country beginning as Saucier at Le Cirque, to Little Nell Hotel in Aspen, then later, Frasca Food & Wine where he met his future business partner Bryan Dayton. Redzikowski even worked under Chef Keane at the two Michelin starred Cyrus Restaurant in Napa Valley. Two years after returning to Colorado, Redzikowksi and Dayton began their ambitious restaurant project. Now the star duo own two praised, seasonally inspired restaurants raising the bar in the Denver/Boulder scene.

303 Magazine: Do you have a favorite dish on your menu right now?

Chef Steve Redzikowski: It changes from time to time. we were running a scallop fruito that we took off the menu tonight to put the Octopus on, it’ll be back tomorrow. But the Octopus is one of my favorite dishes. We get it in from this guy called Steve the Octopus man. He gets it in from Spain. Everyone goes crazy around here for the kale salad and I used to like it, but after you eat like a thousand of them, you don’t crave it anymore.

303: When I think of OAK now, I think of renaissance. How does the space feel to you after the fire, what in the rebuilding with Arch 11 has changed?

CSR: It’s really just cleaned up and simplified more than anything. Before there was a lot of clutter, a lot of unnecessary art work in here. And now its just really simple. We want you to come in and feel like you’re here to drink and eat and you don’t have to be deterred by anything else. We wanted to let the food speak for itself.

And it succeeds. My favorite dish was the Shrimp and Grits. Do you think you lean towards rich and sultry flavors?

CSR: We definitely do. The way I eat, I eat once a day. One huge super meal. Completely opposite of what you should do. But I need that rich flavor.

Tell me, what is the best city you have ever worked in?

CSR: New York by far is the best city. My only regret is not staying in New York longer. I miss that energy, I really do.

You’ve recreated that energy in this restaurant though, the staff and chefs were amazing to us.

CSR: These guys are beasts. They are absolute warriors. Day and night crew. They know that if they take their foot off the gas, they’ll get buried. If you’re comfortable, don’t show it.

You and Bryan now have two award-winning restaurants in the state, which do you spend the most time at?

CSR: We have Acorn as well, but [Oak] is our first one. We did the original tile in here, we painted, we did everything before the fire. So this one is a little bit closer to home. I always try to make sure OAK, more than anything, represents us. 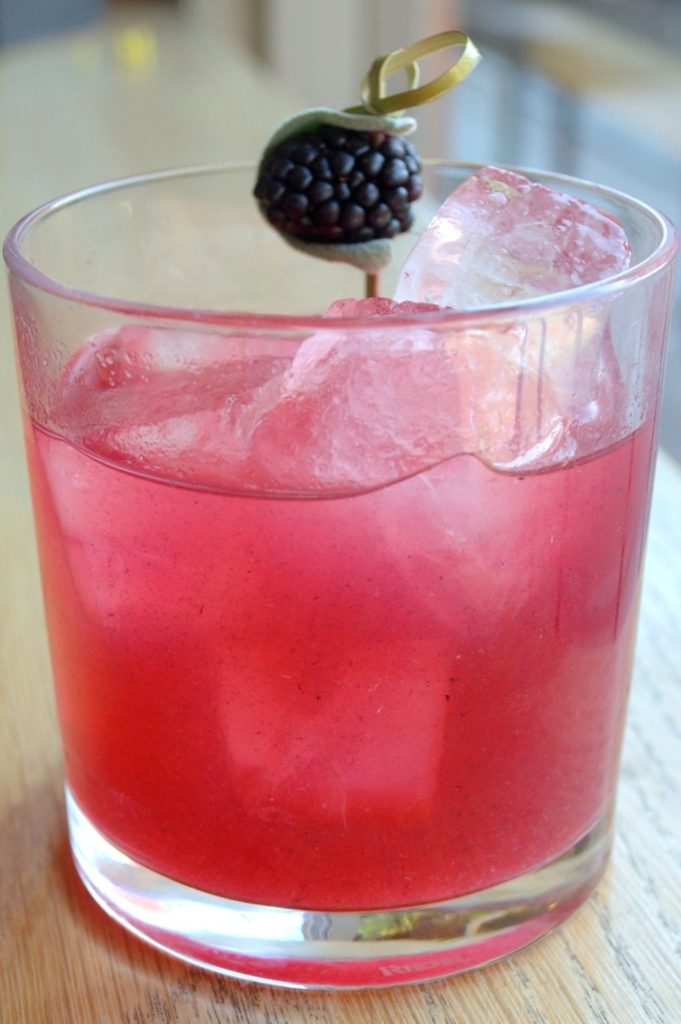 After throughly explaining his vision of OAK, Chef Redzikowski was also kind enough to invite us to a meal to try out their menu’s latest highlights…Currently, OAK’s most popular appetizer is the fried pickles, almost every table gets it to start. The pickles themselves are lightly fried and come with a subtle “green goddess” aioli, complete in a precious tin bucket presentation. The earthy, garden flavor of the pickles was the best part. Great as far as fried pickles go, but the least standout among the dishes in our meal. They are still just fried pickles. Yet somehow, served in the tin bucket, the smell of cedar, fire and oak-wood burning in the open air kitchen, even fried pickles seem to taste better in the OAK atmosphere.

World class cocktail mixer and previously mentioned co-owner Bryan Dayton graced our palettes with some delicious booze drinks off of his award-winning menu. First, we were in love with the hand carved ice cubs cut from a single ice block by bartenders. Then, we indulged in what GQ named one of the Best Gin Drinks in the country, the East Aspen Heights. It is made with Saphire East Gin, Yellow Chartreuse, blackberry, pear, and lemon. The perfect gin cocktail for this gastronome.

Next came the Shaved Apple and Kale salad. This is another really popular lunch menu item for OAK, and deservedly so. The kale was very finely chopped which added to the sweet apple flavor. The dish also boasted a hint of Parmesan, Togarashi, and candied almonds adding a perfect textural crunch. Chef Steve explained,“The more you chew kale, the more the bitterness comes out of it. So by slicing it super thin, you don’t have to chew it as much. So it comes out less bitter.” Divine.

The star dish was a heavenly rich and sultry Shrimp and Grits. This unique item features Royal Red Key West Shrimp, Anson Mills grits, a Tabasco soffrito sauce, with a touch of cilantro. The flavor was layered and complex, but not overdone. It practically begs your taste buds to continue eating. The Anson Mills grits were very rich and creamy. While I can appreciate the technique and texture in their cooking, they were slightly over portioned and added a huge amount of the richness in the plate. Still, the flavors of the shrimp and grits far exceeded any expectations. The dish was amazing and an absolute must try for yourself.

Shrimp and Grits at OAK, photo by Lindsey Bartlett