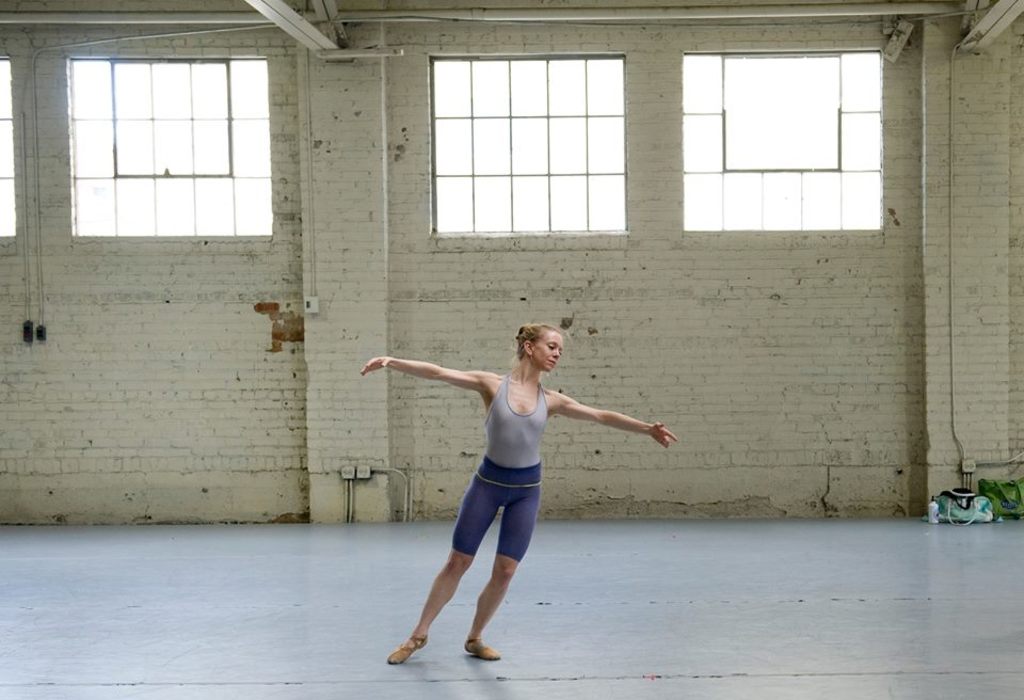 Wonderbound dancer Sarah Tallman is from Greeley, trained in Fort Collins and statewide in addition to her national training, and established her home as one of the founding dancers of Denver-based contemporary ballet company Wonderbound. Now in her tenth season with the company, Sarah has performed leading roles in many of Artistic Director Garrett Ammon’s ballets, and, in recent years, has been choreographing for the company as well. This February, Tallman will debut new choreography for Wonderbound’s “Love.” She has produced 7 ballets thus far. In addition to her full time work as a professional dancer, Tallman is also a teacher at the Colorado Conservatory of Dance in Broomfield. Her ability to teach, choreograph, and dance speaks to a disciplined, versatile mind. I asked Tallman a few questions about her piece for the ballet, Intimate Letters. 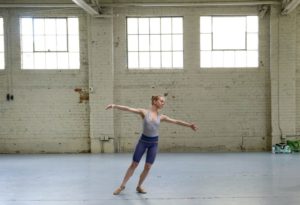 Tell me about the choreographic process. Where do you draw inspiration? Do you have a general idea as you go into the studio to work?

The choreographic process for this particular ballet has been very different for me. The Confluence String Quartet gathered several post modern string quartets that I had the opportunity to choose from. All of them were beautiful, but I was drawn to and slightly familiar with Leos Janacek’s “Intimate Letters”, and was delighted that this piece was in their repertoire. The composition is deliciously scattered, intense, and in some cases a bit cacophonous, all of which I find exhilarating and challenging. I immediately began researching as much as I could find about Janacek, the time in which he wrote the music and, and the sociological climate of Czechoslovakia (Janacek is Czech). String Quartet No. 2 is named Intimate Letters for the 722 letters he wrote to his “mistress” over the course of 10 years. In the last 16 months of his life he wrote to her every day. Janacek was also married, as his wife was well aware of the love affair ( predominantly in his own mind) between the two. The letters were recovered in 1939 by a Czech professor, who later died after the  release from his internment at Theresienstadt. The letters were eventually re-released after the fall of Communist Czechoslovakia in 1990 and translated by John Tyrell. The initial letters appear innocent, but the last 16 months worth of letters I found to be obsessive, claustrophobic, and nearly upsetting.

My research allowed me to delve into the 1920s in America, and the sexual revolution that was occurring here. Women were finding their voice as voters, and prohibition was at the forefront of everybody’s mind. My curiosity peaked in regards to women in particular and the strength that every woman had the privilege of exhibiting for the first time in our world. I began to understand how important it would have been for women to truly understand themselves, and the importance of self love. I considered how the empowered roles of women would effect the men in their lives, and the confusion these new roles could have created.
I thought of my own relationships, romantic and otherwise, and realized how much I valued the space that my husband and loved ones have given and continue to give to me. I watched and read The Unbearable Lightness of Being as it pertained to the dramatics of Eastern Europe, and Czechoslovakia in particular.
————-
How are you crafting this piece – in sections, at once, on each dancer as inspiration strikes?
The process for creating this work was new for me. I spent many hours hunkered over my computer searching for the answers to the music. The majority of the movement was generated without the dancers hearing one single note! While other work was being rehearsed, I busied myself in the corner with my iPod, and created phrases of movement on whatever dancerswere available. The rehearsals felt like I was an artist sketching, or a writer in the process of drafting.  The entire piece has been put together like a huge puzzle without really knowing the end result. At the completion of each dayI had a couple of hours with the entire cast. It was exciting to see what we had really created. I very rarely come up with movement before I am in rehearsal. I do, however, write large amounts of overly descriptive scenarios that may or may not have to do with one  another. I am finding that words, and colors pertaining to my subject matter help me to create movement phrases. The more absurd the sentences, the better.
Like any process, as time goes on, things begin to come together fairly naturally. In the end, after all of that, my ballet Intimate Letters explores the various and somewhat tumultuous aspects of romantic relationships, while at the same time celebrating the strength of women.
___________
“Love” will also feature Garrett Ammon’s When the Power Goes Out, featuring poetry by Lighthouse Writer’s Workshop. Tickets start at $19 and can be purchased on Wonderbound’s website, or by calling 303.292.4700.