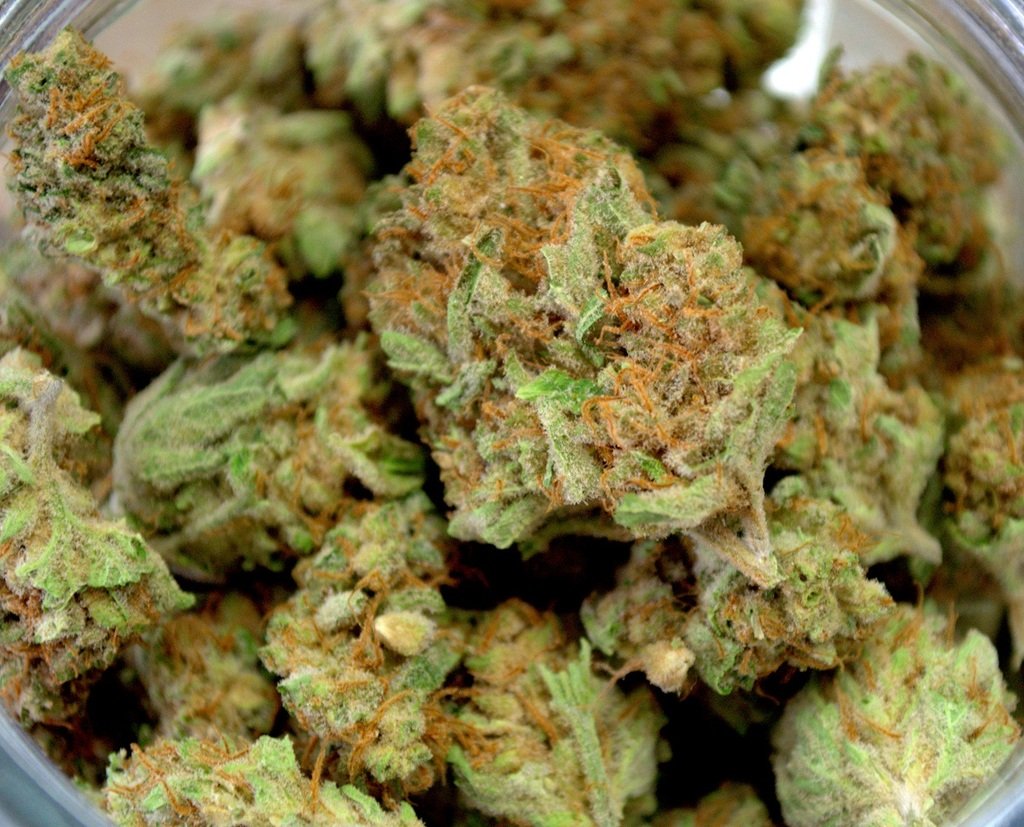 It is a job as old as time itself. The pharmacist, the medicine man, the friendly neighborhood budtender. Colorado is the only place on Earth with recreational and medical mariujana dispensaries in this customer-service based style. The budtender’s job is to answer questions, making the average Colorado dispensary experience unique.

As a budtender, 303 Magazine writer and all around hustler Mary Jane is answering the most common questions she comes across at local Denver recreational dispensary MMJ America. She stresses that these are her personal, real life industry opinions and not affiliated with MMJ America, nor is it legal advice that should be followed by anyone ever.

Here are the FAQ’s in the legal weed industry, everything from extreme basics to the highly specialized laws in Colorado. 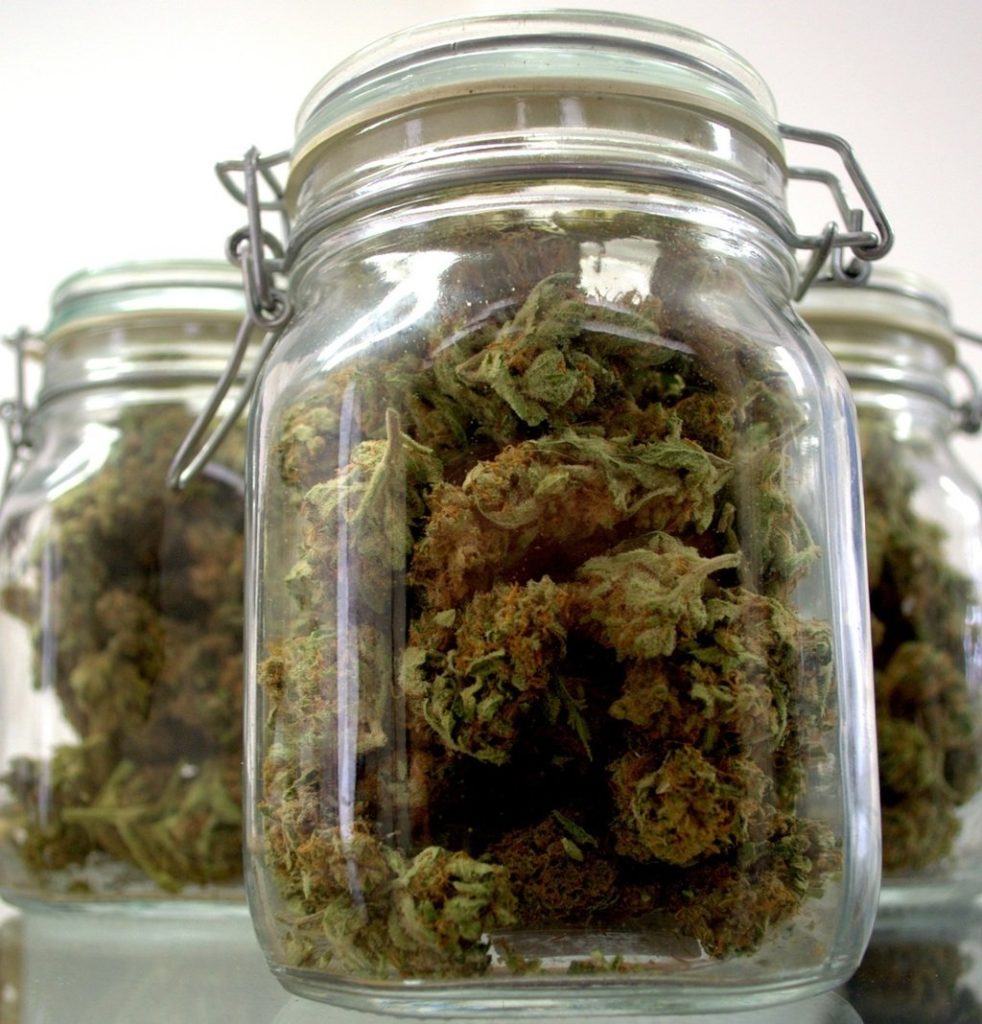 Concerned citizen: How do I use cannabis?

Mary Jane: Where do I begin? Smoking Cannabis is highly referenced to in popular culture. If you haven’t seen a film with a pot smoking scene, I do not know what you are doing with your life. I really don’t.

People will use papers or cones to roll joints to smoke. They also put cannabis in glass such as handpipes and bongs. Then, there is a whole world of cannabis possibilities including vaporizers, concentrates, edibles and tinctures.

What’s the difference between edibles and smoking?

Smoking is the quickest way to ingest cannabis. It is absorbed into your blood stream and a 2011 study conducted by Colorado University found, “little direct evidence that THC or other cannabinoids are carcinogenic.”  As a budtender on the medicinal side, I have seen the amazing results of cannabis use for those going through chemo, radiation, and with serious health problems.

Edibles are another great way to ingest cannabis, and run zero risk of carcinogens. Edibles are orally ingested. The cannabinoids (active constituents of cannabis) pass through your liver. Depending on the edible, it will be absorbed into your mouth giving a neuro or head high as well as a body high. Dixie Edibles considers 10 Milligrams to be one dosage. If someone has a low tolerance, eating 10-20 mg to start is safe. Many edibles comes in 100 mg packages. They effect everyone differently depending on body mass index and tolerance. To those who smoke as often as I do, edibles are more of a novelty. Personal favorites: Edipure Sweet & Sour Gummie Bears, Edipure Rainbow Belt, and Dixie tinctures in watermelon, ginger mango, and cinnamon flavors. 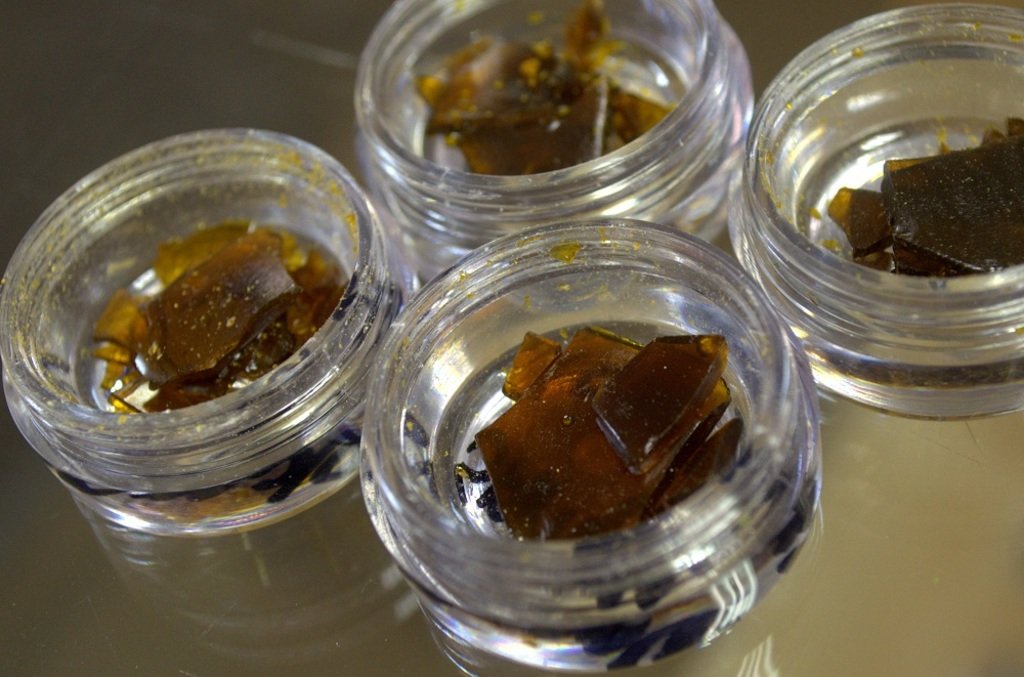 MMj America Shatter from TC LabsWhat is a concentrate?

Some consider concentrates the future of marijuana. Most often seen as wax, honey oil, and shatter, concentrates go through a chemical process involving butane and extraction of the THC from the plant and flower matter. The wax and shatter at MMJ America are made by an award-winning companies in Colorado called Mahatma and TC Labs, and all concentrates consist of upwards of 90% THC. They. Are. Strong.

I am personally a minimalist and enjoy good ole fashion joints. Many kids these days are dabbing, which looks sort of like a meth pipe. I do like wax, except I believe the dabbing process (using butane and a complex glass bong and perculator) has turned weed into a hard drug. Let’s be honest, something that heavily concentrated should be in a different ballpark all together. I wouldn’t be surprised if the government eventually makes concentrates like wax a higher “proof” or a higher grade narcotic than marijuana itself.

How much THC is in weed?

The cannabis at MMJ America ranges everywhere from 20%-27% THC. This is very potent. Most shwag or brick weed you purchased back in the day would be about 5% THC. Some folks coming from out of state or out of the country have never smoked this potent of marijuana in their entire life, which makes me feel less guilty about the high cost.

Why is it so expensive?

This is the price of freedom. The price began high on January 1st, single grams costing as much as $20 before tax. On top of it, the tax for recreational marijuana is 28-30%. You must weigh your options. I often remind people that the medical marijuana cost has gone down significantly in the past few years. It’s only a matter of time until recreational marijuana sees more competitive pricing.

It is expensive yet the only “legal” way to buy cannabis if you do not have a medical card. 10 out of 10 people prefer the high cost to jail time. Governor Hickenlooper has estimated Colorado’s total pot sales next fiscal year to be about $610 million. When you buy legally, you add to beneficial tax revenue for public programs across the state. Plus the quality is so great, it is worth every penny.

What’s the best way to take it home?

Your first mistake is living somewhere that is not Colorado. You cannot, I repeat, CANNOT take marijuana out of the state. Your second mistake, if travelling by air, would be to bring anything in your carry on. Travelling with cannabis in the past, when it was equally illegal everywhere, it absolutely had to be smell proof. Again, it’s still an enormous risk and you have to be careful. If you truly must leave this beautiful state, checked bags are safer than carry-ons, and something like an edible or a vaporizer pen is much safer than flower. But don’t.

Where can I smoke?

You can only smoke on private property in Denver, which has left many tourists scratching their heads. If you cannot smoke in a business like the dispensary, and you can’t smoke in your hotel, nor on the street in public, then where can you smoke?

Many people will just live with the smoking fine at the hotel. For those with friends or family in Colorado, smoking at their place is the safest possibility. If you do choose to smoke in public, be discrete. We don’t need smokers rolling up in Starbucks or choosing to smoke around in parks or areas near children. I advise marijuana users to do what they have been doing for centuries- smoking weed very discretely, sneakily, under your nose like super heroes with split double lives.

It’s only a matter of time until there are smoking-friendly businesses in place, much like the coffee house concept in Amsterdam. 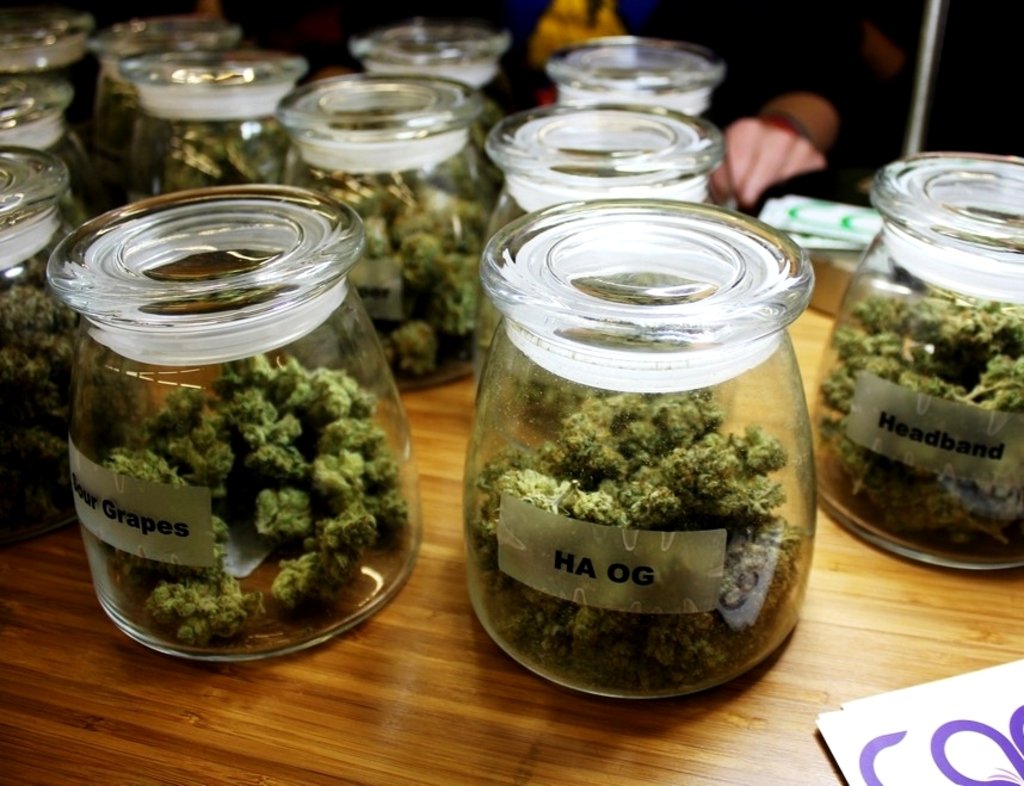 Can you go to the gym high?

The gym is a stoner difficulty level ten, because it raises your heart rate and makes cardio a bit more of a challenge. But of course you can. I go everywhere high. The gym, class, work, dates, weddings, funerals, bar mitzvahs, brisques. You name it, I’ve been high at it.

Can you drive high?

ABSOLUTELY NOT. The biggest change to the laws in Colorado would be the strictly defined driving under the influence of marijuana laws now on the books. There is still no accurate roadside test, yet the DUI is a felony comparable to alcohol. Something that cops normally would not have been looking for in the past is now on their radar. The days of rolling up a fatty and taking an extra long, extra cautious drive are over.

Email your questions to [email protected] or visit Mary Jane and ask her in person at MMJ America: