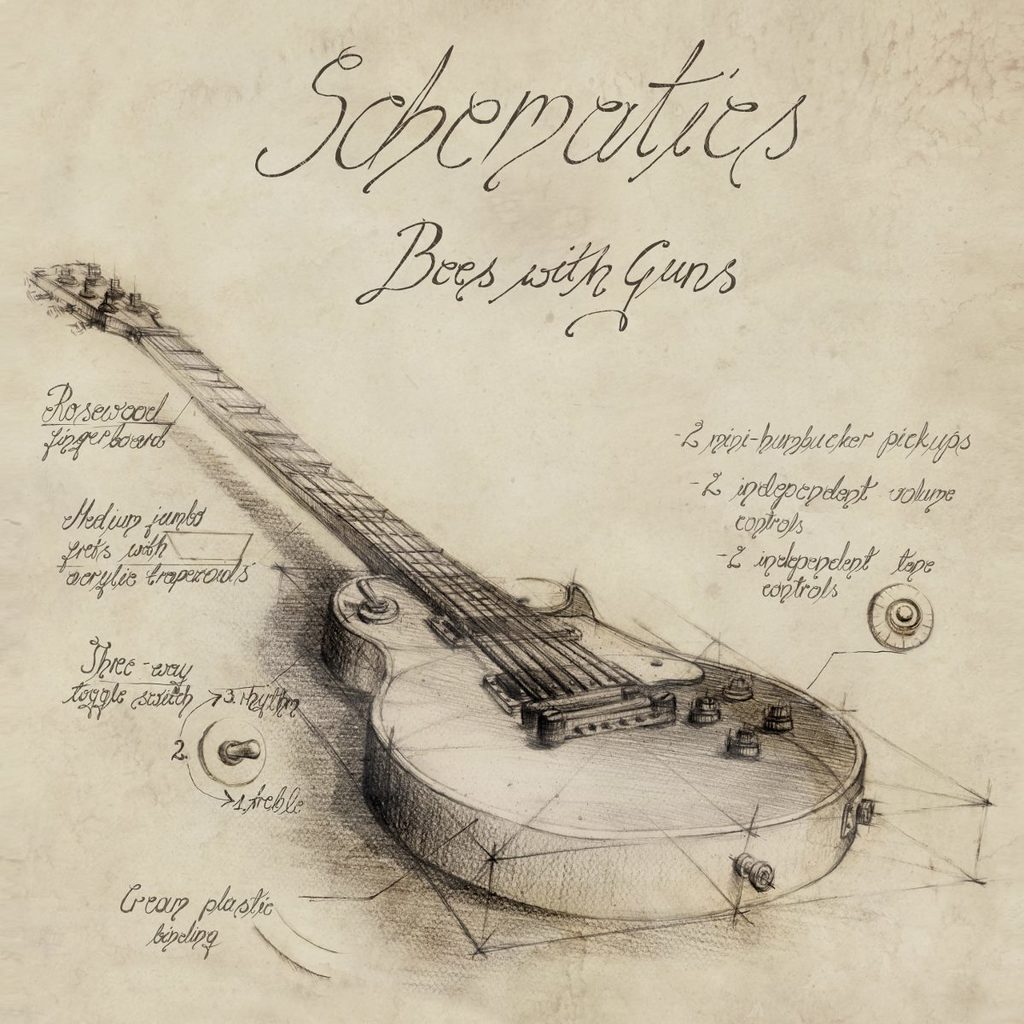 The Drop: “Schematics” by Bees With Guns

Bees With Guns, a local Denver alternative rock band, drawing influence from artists like The Black Keys and Death Cab For Cutie, releases their debut EP, Schematics, at Denver’s own Larimer Lounge on December 5th. Bees With Guns are an eclectic alt rock four-piece that prove that debut albums and EPs don’t have to be extravagantly over-the-top if a solid musical cornerstone in sound and style is initially built.

On their debut single from Schematics —”Little Ride” — which was released on October 17th, Bees With Guns show off their musical coordination and songwriting abilities, deriving a sound most resembling a more dulcet, less aggressive Sublime-esque, trumpet-laden ska hymn. “Little Ride” is definitely worth the ride, as the polished musicianship of each of the four members comes to the forefront of the song.

As the lead single, “Little Ride” establishes Bees With Guns’ sound and musical direction doing just what the debut lead single on a debut release should — a bit more vigor on the vocal side of things could considerably raise expectations for this single, but all in all, it’s by no means a breaking point. A very respectable lead single, especially coming from a band that has yet to emerge nationally.

“Yellow Light,” the final track on the EP, as well as its musical counterpart, “Afraid To Fall” (arguably the best overall track on the EP), help portray the band’s vulnerability. A certain level of musical dexterity is also needed when expressing such emotion and sentimentality. Both tracks feature a down-tempo pace with an entirely honest sound, exhibiting that Bees With Guns know who they are; they’re not trying to be something they know they’re not. Song structure, musical prowess and vocal ability all truly stand out on the back-to-back tracks, as both songs’ crescendos, in essence, culminate the true alternative sound and style featured on Schematics.

The production quality may not be the most optimal on their debut EP, but it’s really not expected at this point in a young band’s career. What is expected from a band, on any debut release, is an authenticity and honesty that audiences can find accessible and understandable — a solid foundation that the band is able to use as a reference point for future musical ventures. And this is where Bees With Guns have truly succeeded.

Musical honesty and sincerity with a familiar and localized sound and style. Musical progression builds from debut EPs like Schematics, and there’s nothing here to suggest that this won’t be any different. A solid start for a band headed in the right direction.