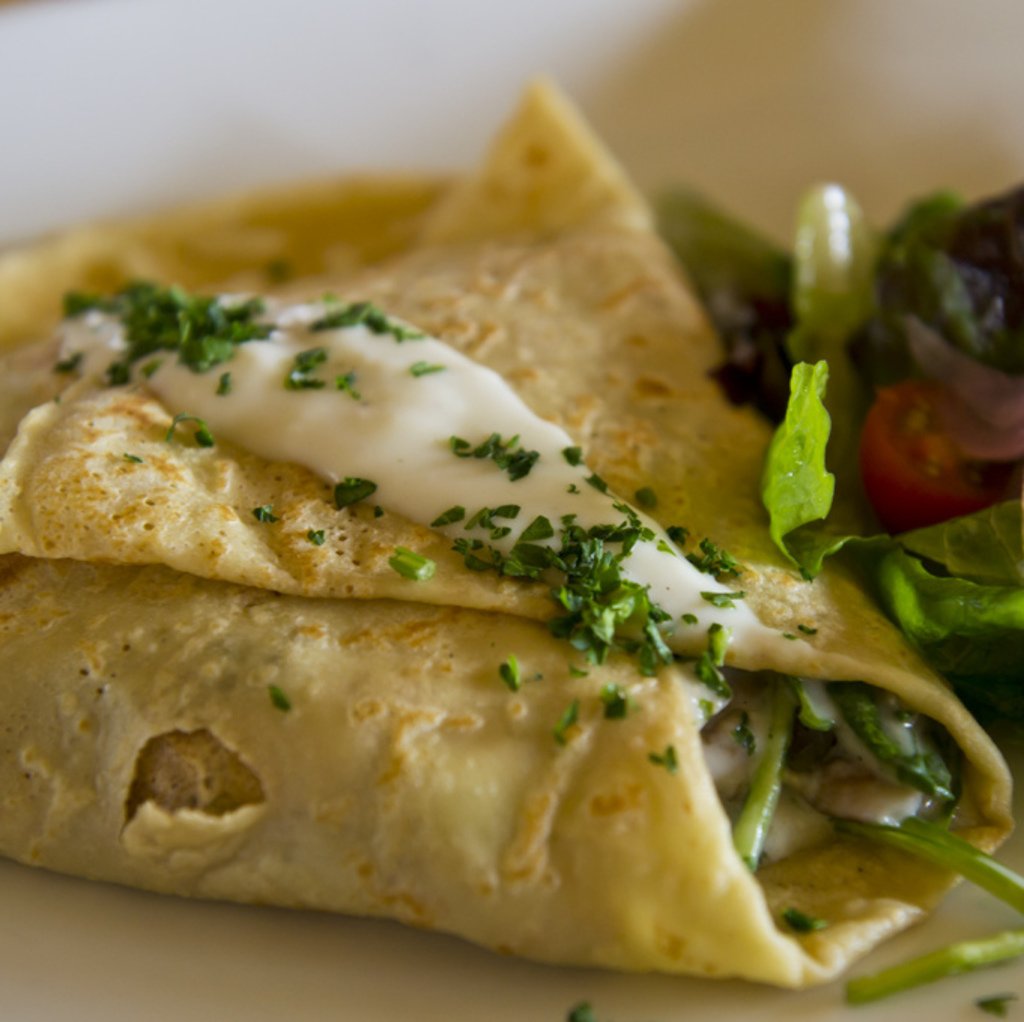 The Morning After: Crêpes at Jaja Bistro, Ooh La La 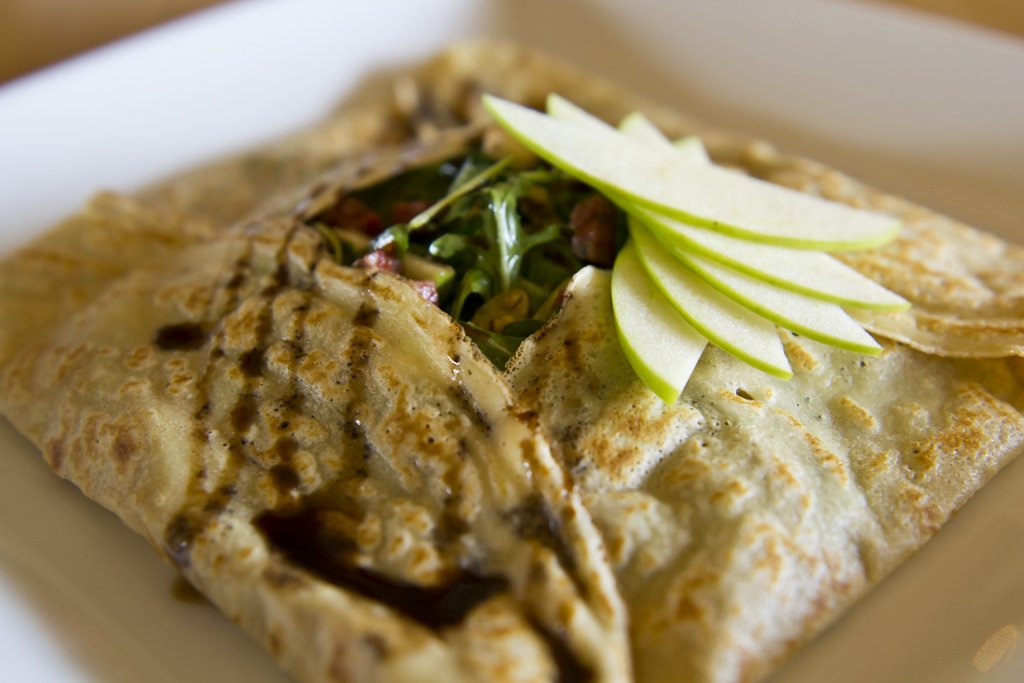 What: French cuisine for brunch and a homey atmosphere

You’ve got to try: Authentic crêpes with a variety of fresh fillings 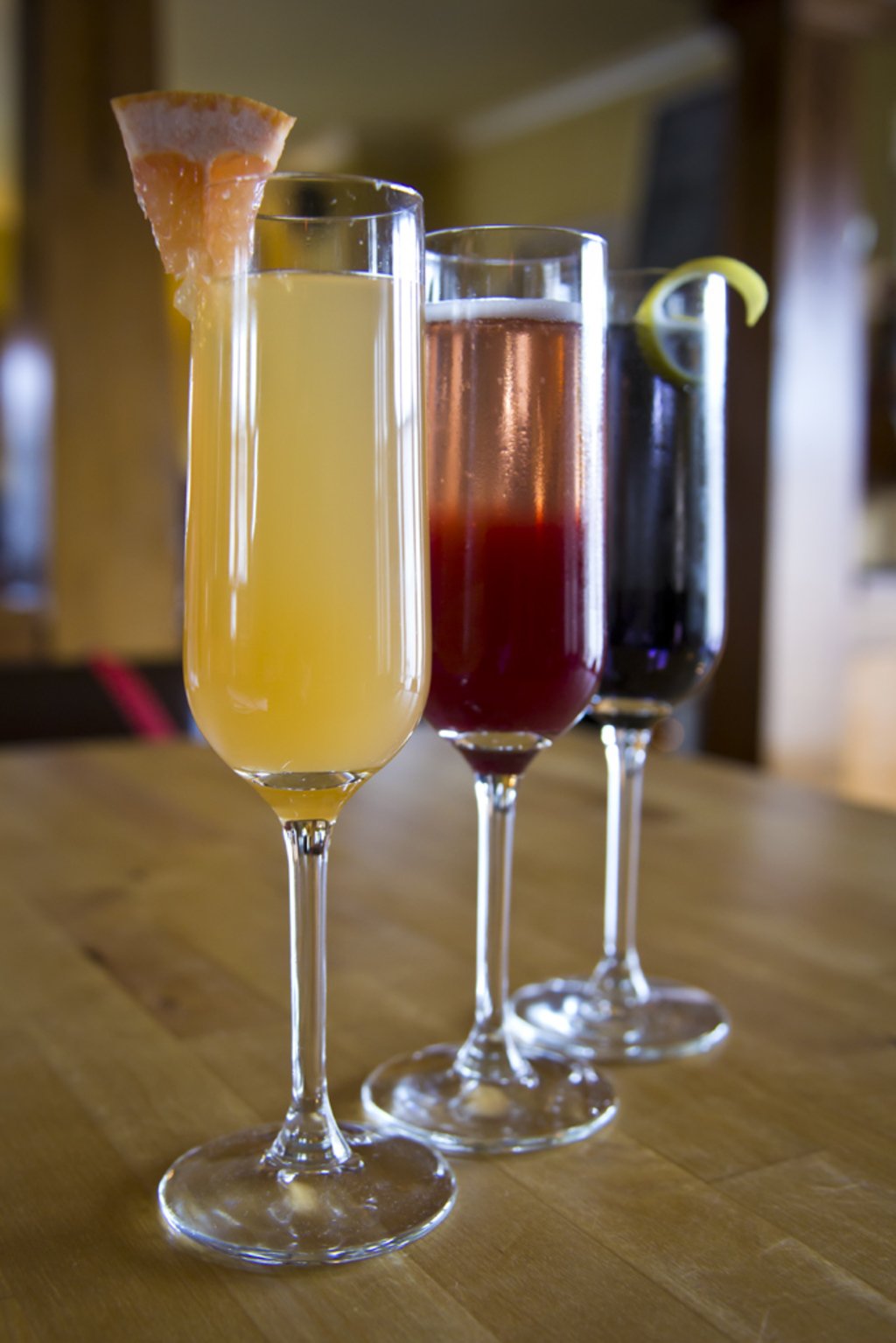 When I saw the Eiffel Tower, I knew I had found it. Sure, maybe I was in Littleton. And it was a much smaller Eiffel Tower than the real thing, standing outside a small cottage lined by a few tables filled with people sipping bubbly drinks, but Jaja Bistro’s brunch is much more affordable than a weekend jaunt to Europe.

Husband and wife co-owners Stephan and  Jenelle Poullier’s restaurant is run out of what was built as a home for a man’s spinster daughter in Littleton’s early days as a town, but the small kitchen produces big flavors. As Executive Chef, Stephan Poullier and his team bake all the breads (with the exception of locally provided baguettes) in-house including the chewy and addictive breakfast buns used on the Bénédictines. The moist Banana Almond Bread my meal began with hinted at Jaja’s ability to make diners feel right at home.

After admiring the cocktails I’d spotted on the way in, I opted to try (a few of) Jaja’s mimosas. Available in the traditional orange and pomegranate as well as the special that day, lavender, the most sippable option was the Fleur de lis Mimosa that had a crisp bite from grapefruit juice and St. Germaine Liqueur. The drinks were complemented by that day’s salad on special, Watermelon and Heirloom Tomato with Feta, a light, refreshing mix brightened by mint and perfect for one of summer’s last weekends.

Mimosa in hand, I was ready to taste the real reason I had ventured to Littleton: the Crêpes. With six savory brunch crêpes to choose from, there are options to please anyone. Served in generous portions, the crêpes themselves are thin and delicate, yet big enough to hold a myriad of ingredients. My favorite was an unexpected find, the La Chèvre with small bits of cured chorizo, spinach, crunchy toasted almonds, an acidic bite from fresh apples and balsamic dressing, and of course, creamy goat cheese. Though the ingredients aren’t traditional, they reflect Jaja Bistro’s goal of serving French country cuisine that honors local flavors and ingredients as well. 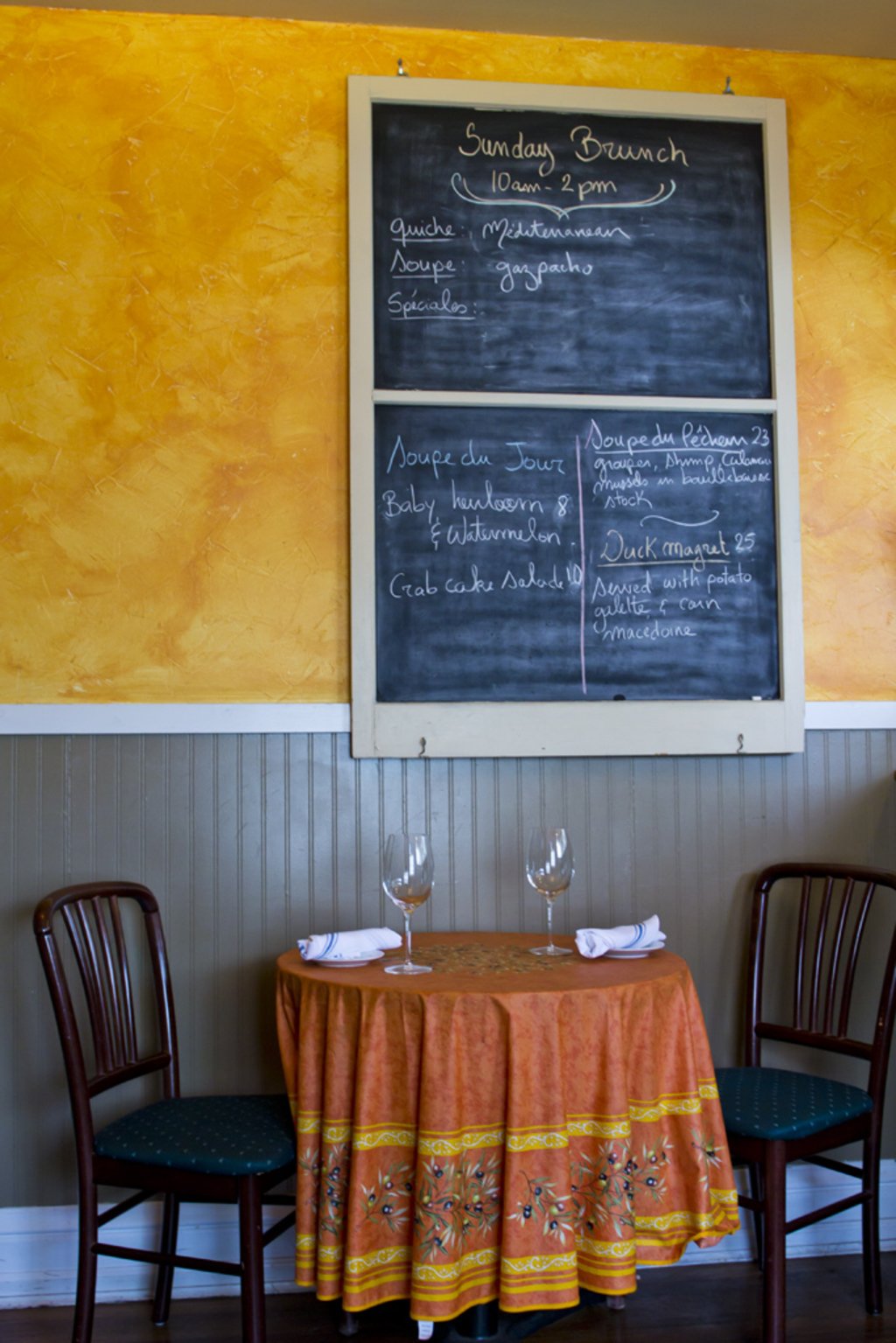 The La Fermière is a vegetarian option filled with a medley of tomatoes, baby spinach, baby artichokes, avocado, mozzarella, and a pesto aioli, and all the crêpes can be made Gluten-Free as well. The house-cured ham is another treat coming out of the kitchen, and the Jambon & Brie crêpe with fresh apple and jam is a great way to try it. The ham, though, is also the main star of the Croque-Madame. Served on freshly made (again, in that little kitchen!) country white bread, this traditional French sandwich comes topped with a smooth béchamel, bubbly Swiss cheese and a fried egg,  a combination that left me craving one of these again for dinner.

Filled with small touches that look like everything I’ve ever wanted to pick up at a flea market, I could have sat here into the afternoon, sipping wine and munching on Roasted Dates or eventually ordering one of the enticing desserts. Aptly named for the table wine often enjoyed at hours-long meals with friends and family in France, Jaja Bistro’s brunch is an inviting, relaxing experience.