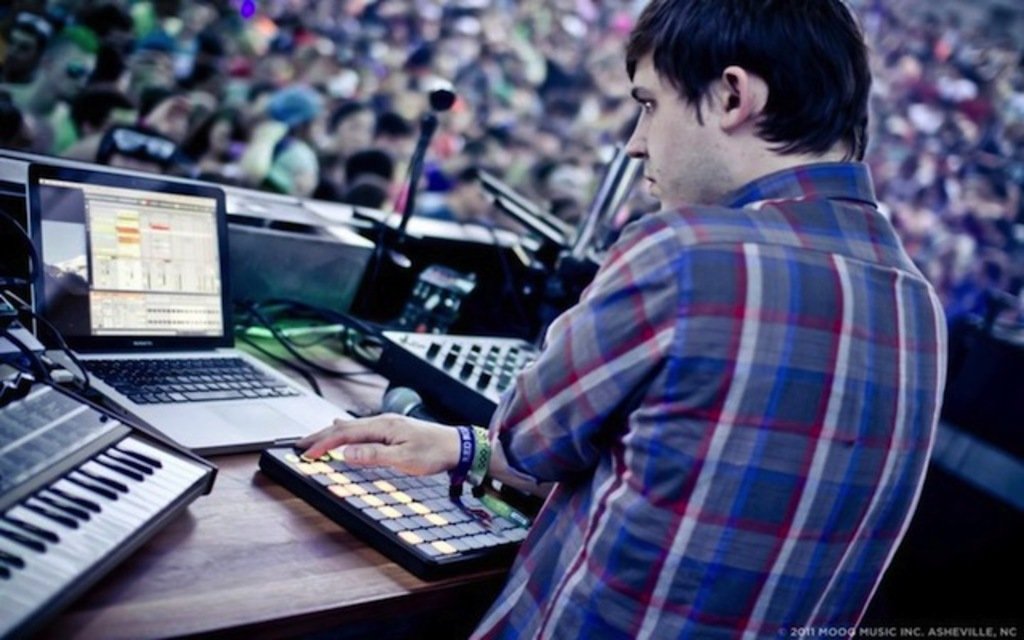 Eliot Lipp stands behind his booth, twisting and pressing analog mixing equipment other DJs might consider outdated, but his distinctive tracks fused with elements of soul and jazz hyped with rhythmic bangers appeal to electronic-loving masses looking for something truly out of the ordinary.

Lipp has been a pioneer in the industry since the early 2000s, spanning that time with hip-hop beats then progressing into trap, dubstep and electro-soul. Last year, Lipp signed with the notable Pretty Lights Label– owned by producer powerhouse Derek Smith–tossing him into a significant pile of electro-giants.

Lipp’s debut album on PLL–Shark Wolf Rabbit Snake–proves that the Brooklyn-based producer has a remarkable ear for making something cohesive out of a myriad of rhythmic patterns, otherwise-intrusive melodies and mature storytelling samples that often elude his peers today. This intuition and love of stretching timeworn sounds into a rather eclectic discography give Lipp an edge against the dreaded monotony producers can fall into.

Lipp chatted with me a little over a month ago, to discuss his transformation over the years, how he incorporates so many different styles rhythmically and where he hopes to go from here. Lipp will be performing at the Bluebird Theater on Friday, September 27th—don’t miss out on this talented producer.

303 Magazine: Eliot–you’re playing at the Bluebird with El Ten Eleven, when’s the last time you were in Denver?

Lipp: Denver is one of my favorite places to play. I mean there are just a lot of people that come to the shows. I like that there’s a real positive energy in Denver.

Do you like playing the big festivals or smaller venues?

Lipp: I like smaller venues more. Festivals are fun but for me I really like playing in theaters and smaller venues because then I get to showcase my music and really focus on the music without feeling the pressure to keep everyone dancing.

Last year you signed under Pretty Lights Label, what has that transition been like?

Lipp: It’s been good, I mean especially in Colorado because that’s where Pretty Lights is based out of so I’ve definitely gotten a lot of new fans by releasing on that label. And being able to give away the music for free is really cool.

You and Derek are both known for using older records and soul samples, was that a bonding element?

Lipp: Yeah definitely. We both come from a hip-hop background before either of us was doing dance music, so we definitely bonded over the love of sampling old records.

So when you sample a record, do you pick the record and build a track around it, or is it the other way around?

Lipp: It usually starts with the sample. I go to the record stores in Brooklyn all the time or when I’m on tour I go to record stores all over the country and when I get back I just go through them and pull the samples off and record the parts I want to use. Then I start looping stuff and messing with drums and just trying to layer samples to find parts that go together. And when I get something happening that I’m excited about then I’ll start writing synth parts and put a base line to it.

And you’re known for using some pretty crazy analog gear, what is it you particularly like about that sound and that equipment?

Lipp: Well, I like the way that those instruments—like vintage synthesizers—are put together. They have all these different parameters and there’s a knob or a fader for each parameter and it’s not like using software on a computer or some newer digital synth where you have all these menus you have to scroll through. I like that you still have a pretty wide array of sounds that you can create but it’s more hands-on and tangible. It feels more like an instrument to me to use analog synthesizers. 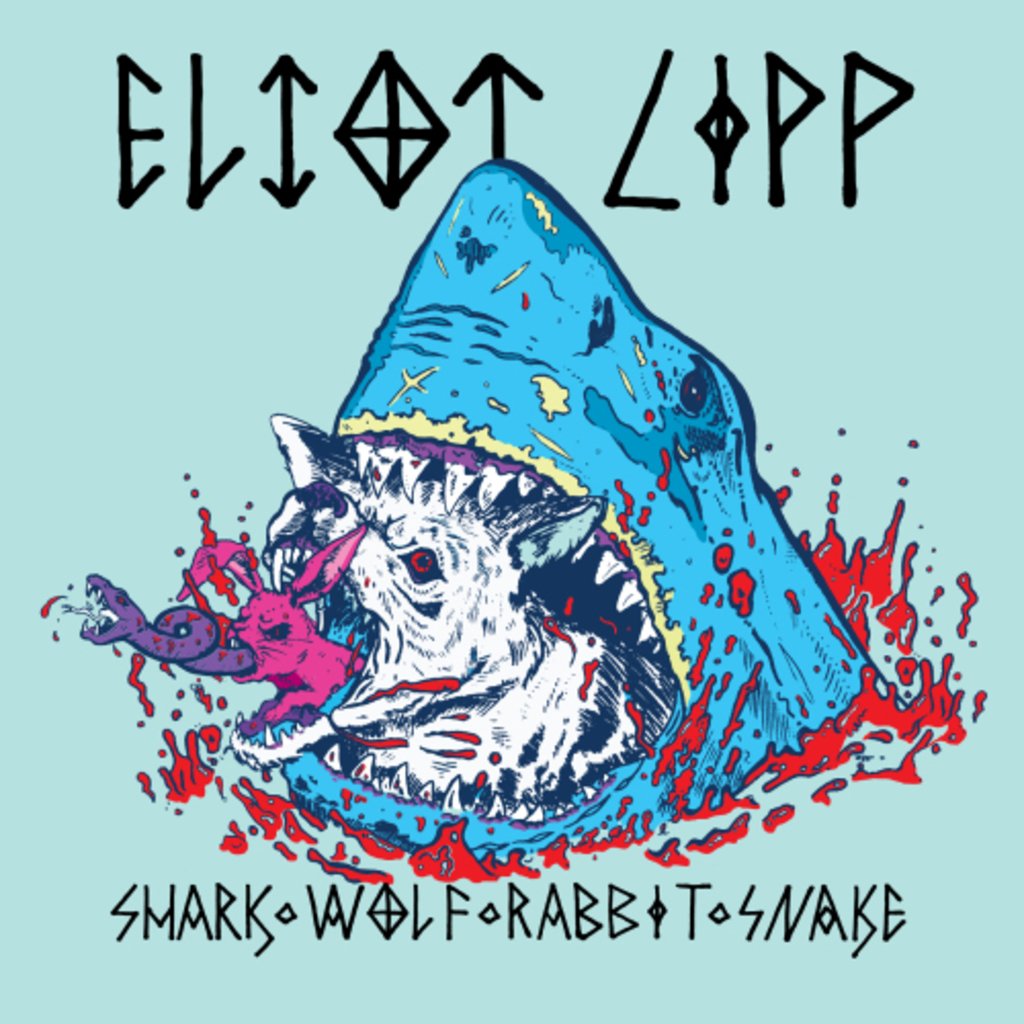 Shark Wolf Rabbit Snake is a big mix of hip-hip, jazzy funk and then you add some pretty powerful electro breakdowns and hard baselines. So I wondered if the album title came from the fact that you’re including so many different sound elements, much like the different mix of animals.

Lipp: I never thought of that, I like that. [Laughs] I wish I would’ve said that’s what it was. The title actually came from the art that I wanted to use—that was the name of the drawing. But I felt like it went with it because when I first saw that image it was like it’s goofy and weird but kind of vicious and cartoon-like.

I was trying to make something that was different than anything else I’d done before and I just really felt like there was a connection between the art and the album. There are so many genres and, you’re right, musically that album is all over the place but those four songs that I added were the last four songs that I wrote for the album and it was mainly to add some cohesiveness.

What are you working on now?

Lipp: The record that I’m working on now is the same way. It’s all over the place.

When does that come out?

Lipp: There’s no release date, but I’m hoping in the next few months. It’s called Watch the Shadows and it’s a bit more abstract and dark than my other stuff.

I know you’re into painting and you went to art school, can we expect any album art of your creation?

Lipp: No, I think that I try paint images I want to put on my wall and look at forever, as opposed to cover art, which is something I appreciate in a different way. The guy that did my record The Outside is an awesome photographer and designer and I worked with him on the new album to do something similar with a photo shoot. I haven’t seen it yet, so I have no clue what it looks like. But he really understands what I’m trying to do with this record.

Every time I hear the track “Mountain,” I imagine you’re talking about the Rocky Mountains in our beloved state, were they what you had in mind when naming that song?

Lipp: Yeah, actually I was. The song that I sampled I was sitting at this café in Tacoma where I’m from and the barista was playing this indie band and I thought to myself that I never sample any newer records and what’s stopping me from doing that? I shouldn’t have boundaries for what I can sample and I was really digging the song so I asked the name of it. I dug around for something to use as the sample and I found the one part where the singer says mountain and I started looping it and was like “yeah, this is gonna be about the Rockies.” And it’s the only song that really has that vibe where there’s a big huge snare and all those build-ups and breakdowns, because to me that’s the Colorado style. Like if you’re snowboarding what kind of track would you want to listen to?