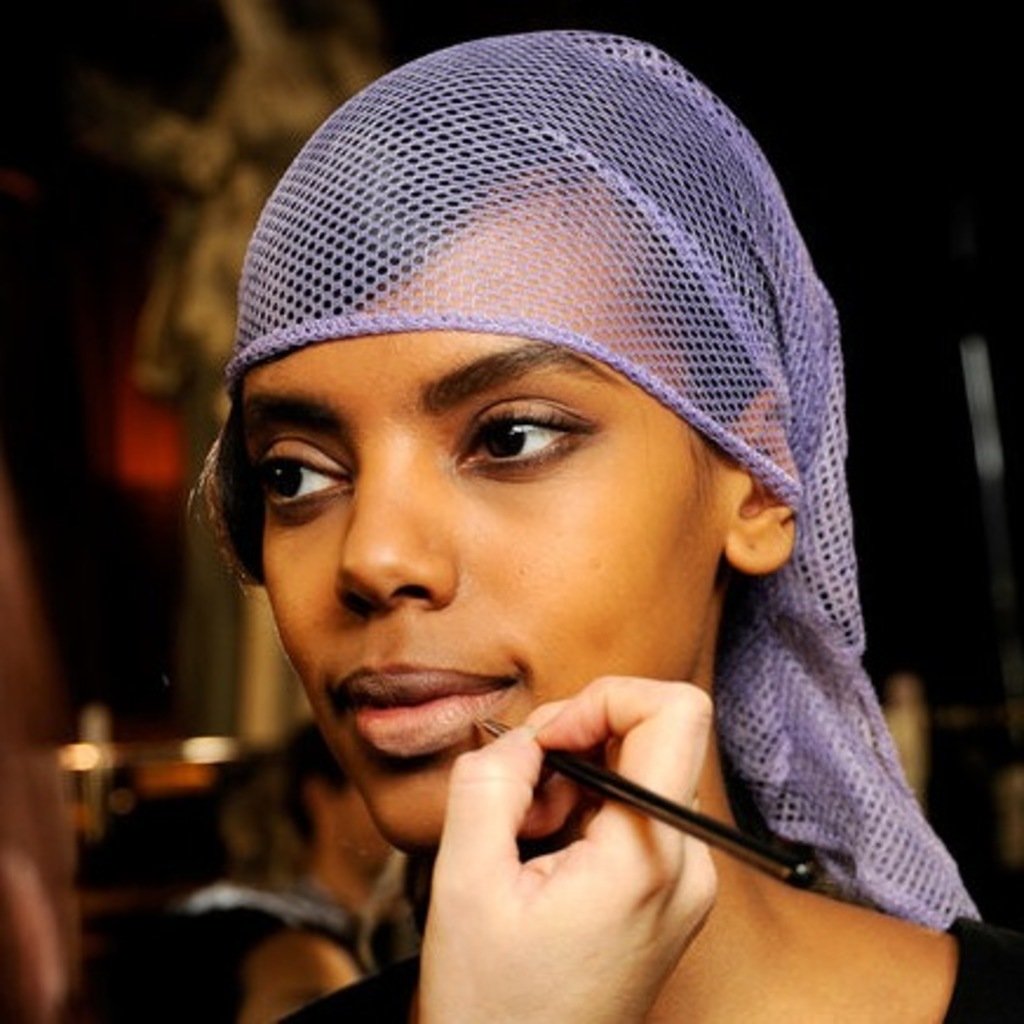 A lot of people carry the idea that fall makeup is always the same consistent palette: red berry lips, dark eyes, deep blush. While this may be true, for every wine lip there is a bright magenta, and for every darkly painted eye comes a barely made up face.

Truthfully, the looks of fall are all over the place, but for some reason only the traditionally “fall-like” end up being the ones adopted by most. Sure, some of those made an appearance in the fall runways, but they were not the only kind that did. Here’s a fairly simple breakdown of the season’s most common looks.

Sure, brows are always important, but a number of shows gave them a distinct importance. In many makeup looks the focal point became the brows, with very light or negligible makeup on other features. This look has been seen in past seasons, but it seems to have been more widespread this time around. Many people have been chalking it up to the effect of Cara Delevingne’s formidable brows, but as someone who is the opposite of a fan, I would like to brush over that hypothesis. Besides the brows, the dewy look of seasons past has been replaced with one that is velvety without being caked on, and contoured while still looking clean and minimal.

Here are this season’s versions of the “classic fall” lip.  They are not altogether very different from the colors that normally resurface each season, but like with the brows, the lips became the focal point of the look. In terms of color, a decent variety of reds showed up. For example, Marc by Marc Jacobs showed an uncommonly glossy cherry red lip, while Bottega Veneta used a classic brick red. Purples also made an appearance. They were not as common as the red or brick lip, but purple might be my favorite lip color so I am going to talk about it anyway. Unlike the usual straight wine colored tones, these had a distinct bluer tint, especially the one at Fendi.

Graphic eyes tend to make an appearance every season, but they are always cool to talk about. This year they ranged from (relatively) subtle at Jil Sander, to Dior’s reinvented cat eye. Anna Sui presented an exaggerated take on the classic winged lid, and Rag & Bone’s seemingly misplaced eyeliner streaks were striking. Preen (not pictured here) took the graphic lines to a higher level and created a different look for each model. The Preen show is worth watching for that alone, trust me. Overall,  there is not a consistent theme within the graphic look, but that only makes the possibilities much more interesting.

More than a handful of shows presented some type of metallic look, ranging from Chanel’s glittery cat eye to Christian Dior Haute Couture’s beautiful metallic pigment and glitter combination. Thakoon’s combination of dark blue shadow and gold glitter was beautiful and easily recreated, while Jason Wu’s metallic cat eye was created with a deep blue pigment that Wu will be releasing in collaboration with Lancôme next month.

There are some people out there that say red eyeshadow can make you look tired or pale or some other boring pre-fabricated excuse against deviating from traditional “prettiness” and it is important to know that those people are wrong. It seems that red eyeshadow has been embraced not just in editorials but in runways, as more and more labels are showing red eyes each season. Maybe the only reason I notice is because red is my favorite color for eye makeup, but even covergirl debuted a red eyeshadow so it seems like the look is gaining momentum. As with any other makeup, the runway showed a range of takes. Marni’s red-tinted beige created a diffused but striking look, while other brands like Givenchy and Gucci used a truer red. Altuzarra decided to combine the red with grey to create a much needed fresh take on the smokey eye.

This oddly specific look showed up at a fair amount of shows, leading to some speculation that it was influenced by the Punk: Chaos to Couture Met exhibit, but honestly the reason does not interest me as much as the look (and I also had a lot of issues with that exhibit so I’d rather not). I am a fan of any makeup that looks actively uglified, so its appearance was exciting. In my opinion, the standout look is Prada’s, as the carefully calculated dishevelment spread to the hair and lips, and remained in perfect thematic coherence with the clothes and show.

A lot (and I mean a lot) of labels provided a take on sleek, pinned-back hair ranging from ponytails to greased and combed. These looks are luckily fairly easy to create and wear, and a paired down version is simple and easy to upkeep. Honestly, I don’t have much else to say about this as they are all rather straightforward.

The take on curls this season was actually pretty simple, come to think of it. Sure, the Marc Jacobs look can seem a bit excessive, but it is not something impossible to recreate. Bottega Veneta created a strikingly similar look, albeit somewhat paired down and less unkempt. Giles’ waves were created by braiding and misting the hair for a while before unfurling it. The hair at Valentino was just placed into a single braid, and Rochas’ curls were carefully ironed.

THE STYLE OF NO STYLE AT ALL Ft. Burbery Porsum, Proenza Schouler, Haider Ackermann, Rick Owens

For many shows, the desired hair look was one that didn’t require too much effort. Burberry Prorsum created easy, styled but unstyled locks, and Proenza Schouler used the models’ own daily hair as inspiration for their runway look. Haider Ackerman and Rick Owens went the opposite direction with their hairstyling, creating looks that were deliberately unkempt – where unbleached roots and tangles were the feature.

That’s about it. Of course, there were many other makeup and hair looks, and I invite you to click though the pictures and look at the rest. Are you willing to try any of these, or do you tend to stick to the same makeup for fall?

[All collages created with images from style.com]