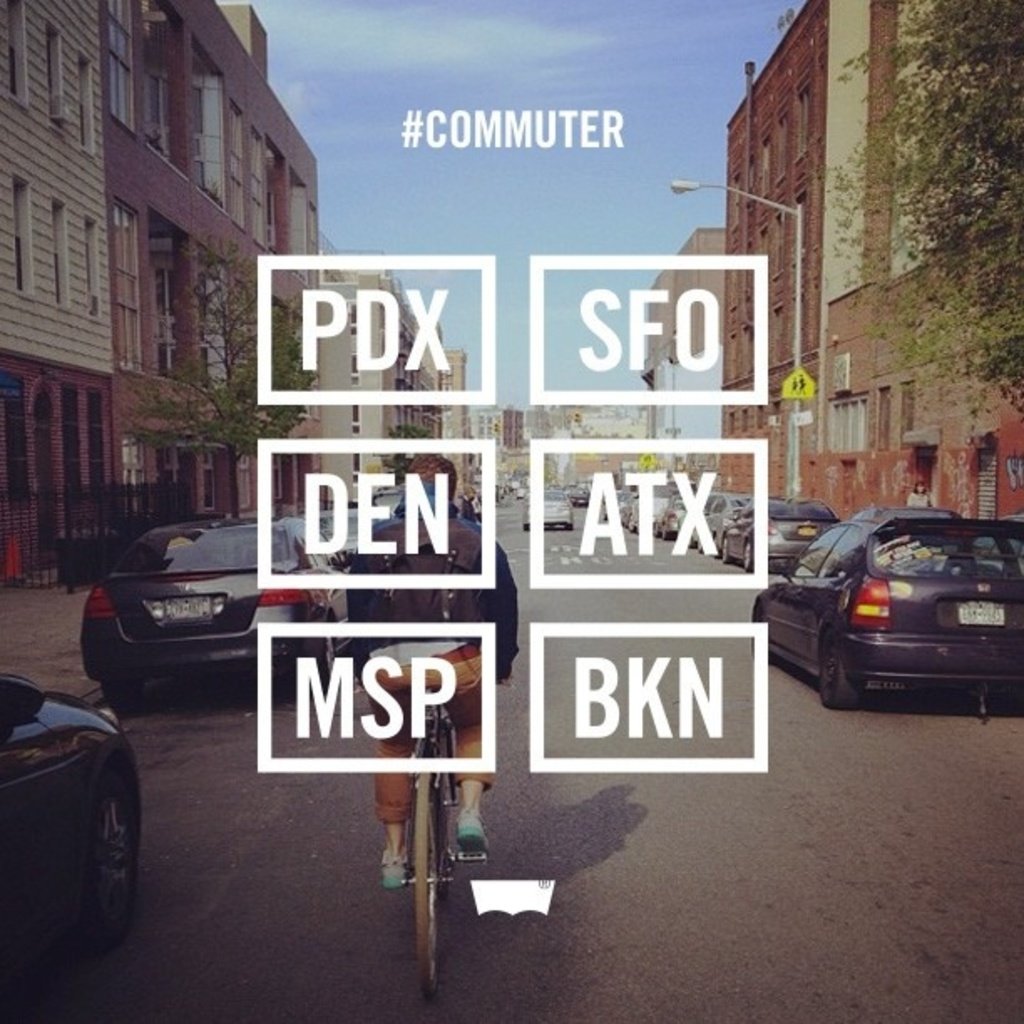 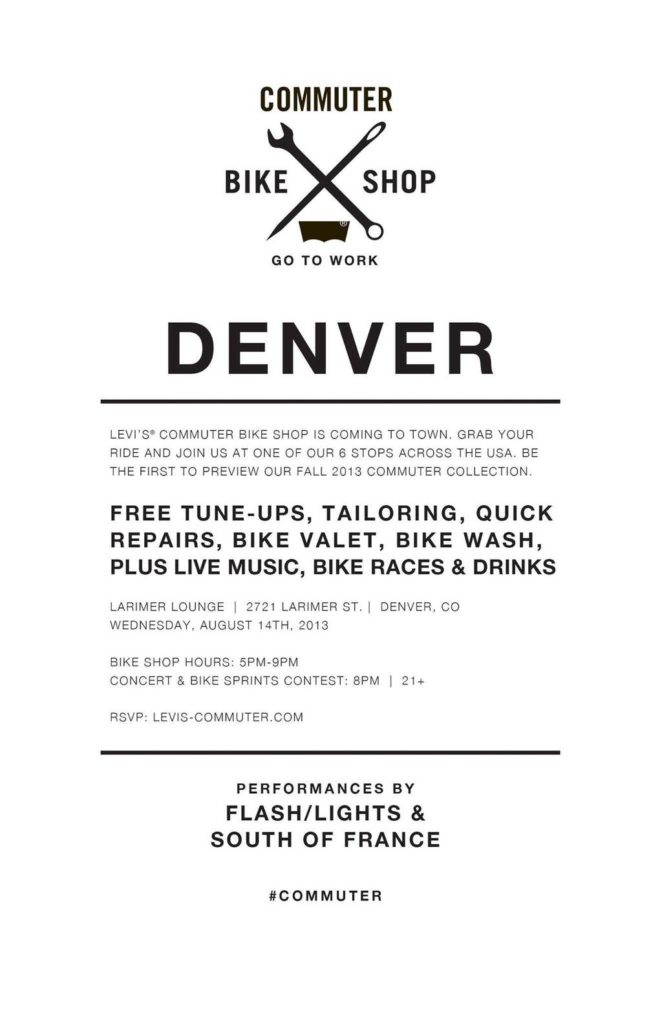 Levi’s Commuter Bike Shop Tour is stopping by Denver’s Larimer Lounge tonight, offering free tune-ups, quick repairs, tailoring, a bike wash and valet, drinks and live performances by Denver favorites, FLASH/LIGHTS and South of France. Denver is one of six stops on the Bike Shop Tour, offering Denver bicyclists a chance to check out Levi’s Fall 2013 Commuter Collection, which was made with the bicycle commuter in mind.

Not a cyclist? This event will still be a great opportunity to check out Denver’s own FLASH/LIGHTS and South of France for free.

Click here to RSVP for the event, and learn more about FLASH/LIGHTS and South of France below.

FLASH/LIGHTS, the electro-pop duo that’s based here in Denver, was named one of Westword’s 12 acts to follow in 2011. They released their single “All My Love” this summer and recently performed at the Underground Music Showcase. You can check out 303’s recent interview with vocalist/producer Ethan Converse here.

South of France’s most recent album, Another Boring Sunrise, was released in September 2012. The band’s sunny, upbeat vocals combined with a progressive indie rock sound mixed with a summery-California vibe give this band a unique sound that has often been compared to bands like Tennis, Belle & Sebastian, and Peter Bjorn and John.