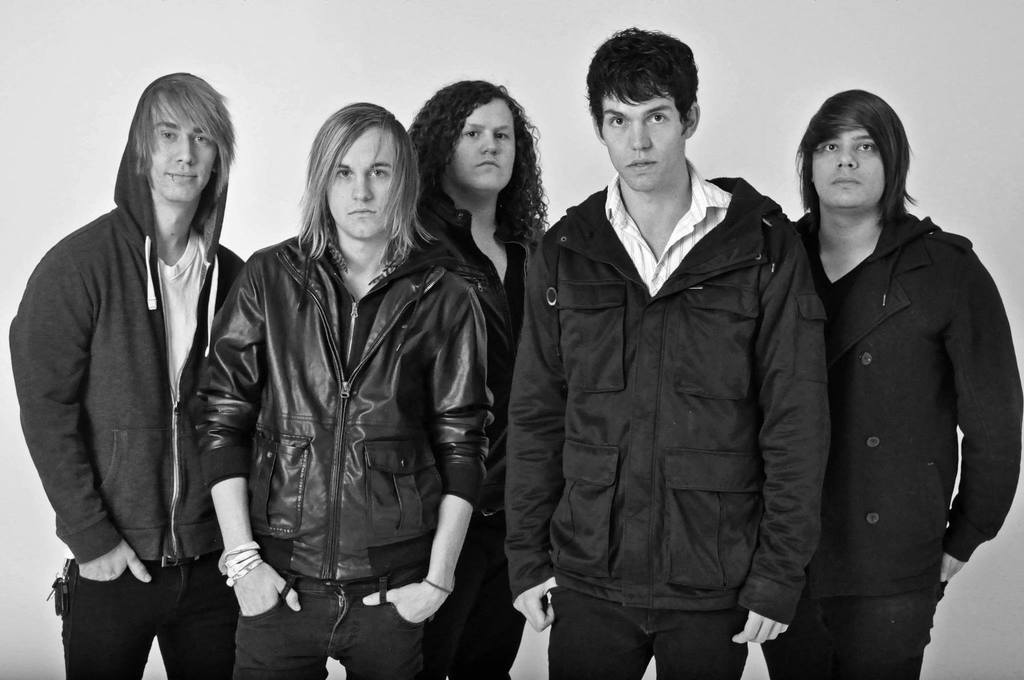 Hindsight: Victory Heights Stronger Than Ever With New Material

The city of Denver has been fortunate enough to watch the post-hardcore band, Victory Heights, grow, mature and evolve from the ground up. From your average breed of turbulent, vociferous teenagers wreaking havoc at whole-in-the-wall venues and suburban basements, Victory Heights has now progressed into a distinguished group of well-refined, impassioned musicians with immense amounts of ambition and potential — their journey has been a remarkable sight to see.

Victory Heights took the stage last Friday night at Summit Music Hall — owned and operated by Soda Jerk Presents — in front of hundreds of raucous fans, all of whom were anxious for a chance to see the up-and-coming local phenoms.

From the first sounds of the atmospheric, synth-laced introduction — which just so happened to be the first track on Victory Heights’ upcoming, debut full-length album coming later this year – the crowd roared with pent up anticipation. Victory Heights’ drummer, Karl Bagnall, reinforced their headlining command of the show, standing atop his drum throne, arms raised high above the screaming crowd. The rest of the band followed suit — soft blue light radiated across each of their faces, their instruments held high above their heads. This was their night, and their night alone.

Right out of the gate, Victory Heights slammed out a brand new song, “On The Shoulders Of Giants,” sending the crowd into a frenzy. Fervent stage presence and spot on timing from guitarists Mike Anderson, Sam Bagnall and bassist, Tyler Hutton, accompanied with dazzling strobes, LED light towers and bursts of fog swirling across the stage, incited non-stop mayhem just before their most recent single (“For The Birds”) struck gold with the battalion of fans below.

Vocalist, Brant Falliaux, begged for his fans to understand the struggles and adversity that Victory Heights’ faced in the past, saying, “Open your eyes.” Karl Bagnall’s words fired back, resonating throughout the music hall, “I’ve been trying to tell you for so long, but it’s just not getting through.” This was their shot to achieve something greater, something beyond Summit Music Hall — this was Victory Heights’ opportunity to breakthrough onto the national scene.

During “The King Of Red Lions,” Falliaux conquered the steel barricade, climbed on top of the crowd before him and embraced them with outstretched arms, affirming Victory Heights’ grounded roots into the Denver music scene in saying, “We are family. We are all family.”

Victory Heights was far from finished. They powered through an older track, “Being Broken Ain’t All It’s Cracked Up To Be,” and then onto “Revolution,” where Falliaux appropriately paid respect to all who’ve supported Victory Heights exclaiming, “We owe everything we have to you.”

Their “final” song, “Born And Raised”, showcased the band’s chaotic and harmonic sides, intertwining Bagnall’s polished singing, “I thought this would be harder, but I’m back on my feet” with Falliaux’s violent screams, “I don’t want to make you proud,” before Falliaux climbed the second story overhang and fell into the caress of the crowd below.

The band exited as the chanting fans cried out for “one more song,” reluctant to let such a special night end so quickly.

Almost on cue, the band returned to the stage, but this time armed with dozens of enormous, pink balloons in hand. With the help of stage crew, supporting bands, and band management, the balloons were cast out into the crowd, just as the band’s cover of Justin Bieber’s “As Long As You Love Me” began.

As the closing sounds of their heavier interpretation of Bieber’s pop ballad ended, almost immediately the crowd shouted out “Let me begin/I have a death wish”, commencing the last song of the night — “A Little Less Familiar.” With a culmination of passion, ferocity and musical prowess, Victory Heights shook the stage for a few final minutes — before the lights went black.

That Friday night, Victory Heights proved that they are ready to take the next step towards national attention and recognition. Not only did they put on a killer live performance, hitting on cylinders with each and every song, but Victory Heights’ humbled indebtedness to their fans was truly acknowledged and was far more than just another piece to their live show — it was something truly genuine.

303 Magazine caught up with Victory Heights after the show to discuss hometown crowds, performing with new band members, and what fans can expect from their forthcoming debut album.

303: It’s been a long time coming for you guys to see some significant success, and as of recently, you’ve been coming up strong in the Denver music scene, why do you think that is?

303: You guys have experienced many recent lineup changes. Do you think that’s played a part in contributing to your new-found success?

Karl Bagnall (drums): The band, at this point, is not what it was five years ago. It’s not really the same band. Sam [Bagnall] and I came up with the name, Victory Heights, back in the day, and that’s just kind of stuck with us. And it’s ended up, kind of, finally being defined by this group of people.

303: What’s the fan response been like this year, compared to years before?

Karl Bagnall: It’s been very good. 2012 was really good and this year’s been even better. Shows on tour have been much better. It’s all around been going up.

303: You guys have a debut full-length record coming out later this year, can you tell us what the writing and recording process has been like?

Sam Bagnall: This record has a been a long time coming. We’ve been working on it since last May — writing for over a year. We’re really excited at how it’s turning out. We’ve put a lot of time into recording, a lot of time into writing. We’ve had several different member changes since we began writing the record, so we’ve got a lot of unique, really cool stuff that we haven’t had on any of our previous records. And hopefully it will be out later this summer.

303: Can we expect some new music, in the meantime, before the album drops?

Tyler Hutton: Yeah, we’ll be dropping another single called, “Revolution”, it’s one of all of our favorites. We’re really passionate about it, really stoked on it — hopefully [“Revolution”] will be coming out mid-summer.

303: Very cool. What types of influences have each of you pulled together in making the new album?

Karl Bagnall: More than bands, the thing that’s influenced us is just years of, years of struggle to get to where we are now. It’s like, this whole year has been just a struggle, and that’s the huge influence we’ve gotten behind.

303: What can we expect from the new material? Anything out of the ordinary?

Karl Bagnall: Yeah, and I mean, like, there’s some songs on the new record with no singing, they’re super heavy the whole time. There’s some with no screaming that are really, like, lighter. And I mean, it’s a very diverse, very diverse record.

Hutton: But, there’s something for everyone.

303: If you could tell your fans and the Denver music scene three things about Victory Heights that they may not know, what would those things be?

Karl Bagnall: Well, me and Sam  are supposed to be brothers, but it turns out Mike  and I are actually real twins, and we got separated at birth.

Sam Bagnall: We love to play Frisbee Golf. That’s a pretty big thing for us. Um, and we’re sponsored by Fireball!