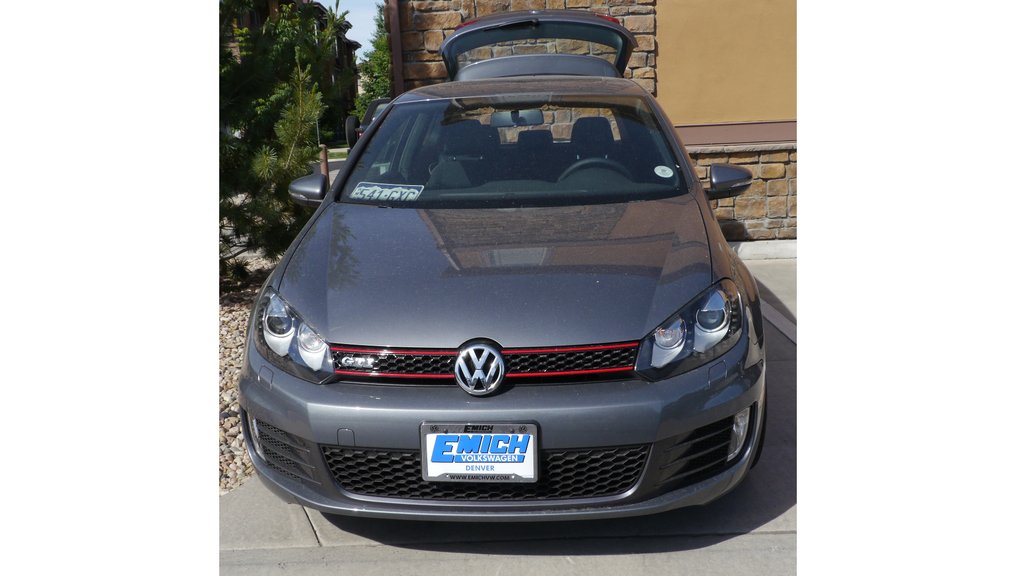 Cars From A Woman’s Perspective: The GTI and the Inner Tomboy 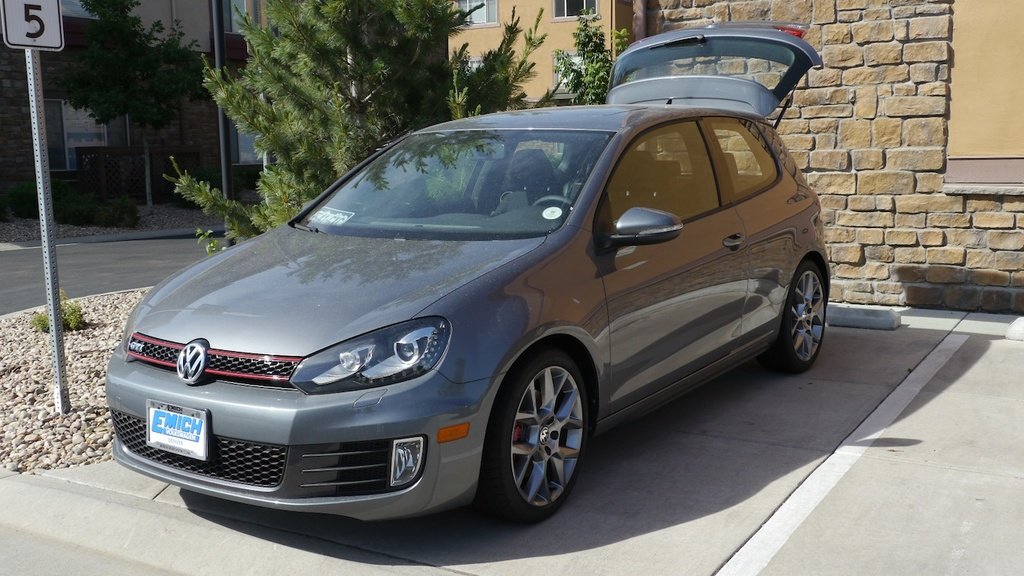 ‘Hmmmm… a hatchback,’ I thought. ‘Great for camping and for 17 year olds.’ The first thoughts of my inner monologue were resistant to checking out the GTI, despite attempts to make it sound tempting. “It’s one of the most versatile cars we sell,” Oliver Sutro tells me through email from Emich Volkswagen. Mentally crossing my arms, I couldn’t get passed the fact that the GTI wasn’t the sexiest looking car. Sitting on a Golf frame, I took VW’s prized masterpiece and presumptuously gave it the old ho-hum. The trunk looks like it was chopped off with a machete, plus the two-door style stands out as an inferior contender in a world of four-door convenience, I privately mused. But man, was I wrong. 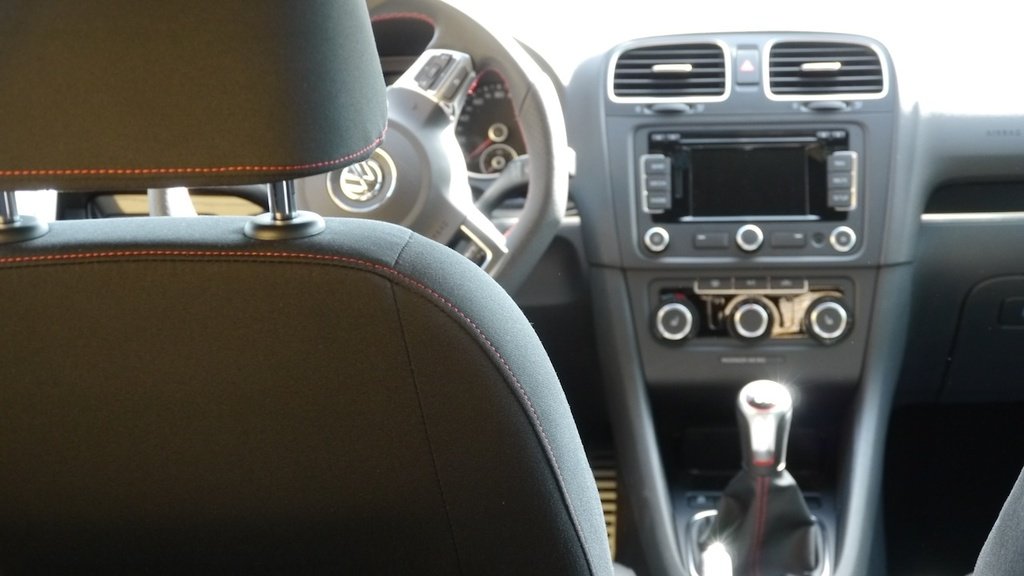 I hadn’t realized at the time, how my superficial analysis clashed with the very spirit of giving anything new a fair shake. My tune started to change (rather self-servingly) when I was offered a manual over an automatic: “manual will make my day,” I texted back. Little had I realized that the 6-speed experience I was about to enjoy was going to rock my world.

Within the first day driving, the GTI impressed the hell out of me. The 6-speed engine is pure bliss in a 200-horsepower, turbocharged four-cylinder ride. Thanks to the solid sport suspension, even driving over speed bumps is a joy. Plus, the car sits low to the ground for fast cornering and maximum “Weeeeee!” Behind the wheel, the car has an obvious heft, giving it a bigger car feel without taking up the space. Features I still geek out about are the keyless access with push-button start and the touchscreen stereo and nav. The Dynaudio stereo sounds encompassing and great, earning its name as a premium sound system.

Compact cars give me a nervous twinge when it comes to protection from a crash. I appreciate the GTI’s daytime running lights for this very reason. After all, it’s hard to miss seeing a car with its lights on in the day time. On the inside, the GTI has a reinforced safety cage to protect passengers while side beams and pillars absorb the impact within crumple zones. This may not be new technology, but knowing the design is there for safety melts away a huge chunk of concern for me with compact car safety. After the airbags go off, the car automatically follows up with unlocking all doors, disabling the fuel pump and turning the hazard lights on. All very thoughtful responses.

“While the Golf is not as popular in the US as the Jetta or Passat, it is one of the best selling cars worldwide, almost every year,” Oliver Sutro tells me. I have to say, I had a blast driving this little whip around Denver. The first car I ever owned was a two-door hatch and my teenage self would have kicked my adult self for initially rolling my eyes at a hatchback. 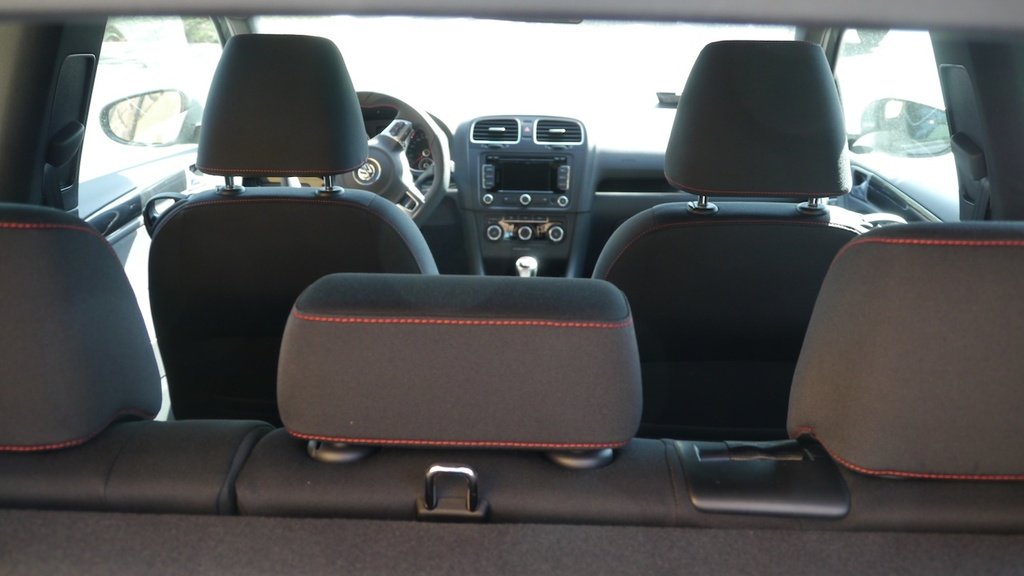 Shocking me out of my funk, my inner tomboy was revived; this car is short and sweet, not small and bush-league. The GTI isn’t a typical hatchback, it’s not a typical driving experience and, for me, it’s not even fair to clump it among fellow compacts. The GTI is a two-door force to be reckoned with. It vibrates at a composed and energetic tone, like the sound of Bach played with an electric guitar. I can see why this car is such a hot choice for rally drivers. It is the unspoken shredder of awesomeness.