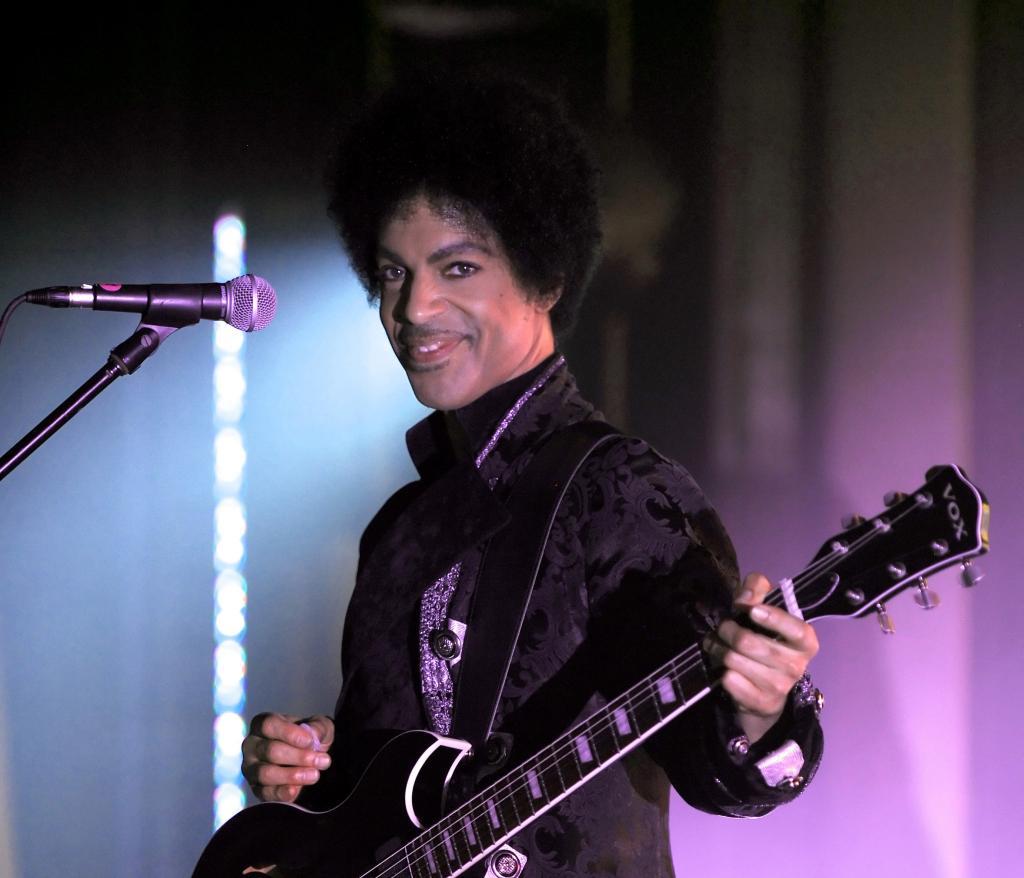 Prince Harry was apparently in Denver over the weekend. Apparently, people cared. The Artist once again known as Prince was the only visiting royalty on my “Coloradar.” The Multi-Platinum, seven-time Grammy winner–the Paisley Park mantle’s got more hardware than a Home Depot–played four shows at the Ogden this week with his new estrogen-fueled lineup 3rd Eye Girl. Dude slayed almost 20,000 Pepsi Center patrons with his acoustic during a set break in 2004. I couldn’t miss this chance at bona fide intimacy. If you’re reading this, Tipper Gore, that was indeed a sexual innuendo. Hide the kids.

Following a shpiel from one of the gals about the night’s no joke photo and video policy, Prince and his lady friends kicked things off with an irresistible, half-time version of “Let’s Go Crazy.” I might’ve remembered this if I’d had binoculars last time, but the pop virtuoso likes to lip synch to his guitar licks and pitch bends. It’s as if his mouth is imitating the sounds he’s making on his instrument. It’s entertaining to witness, to say the least.

The Purple One got people to join in on a new tune called “Screwdriver,” available at 3rdeyegirl.com. Few could pull off a similar move with unfamiliar material. Prince then proceeded to climb behind the keys for a couple numbers, including “The Love We Make” and a solo rendition of “How Come U Don’t Call Me Anymore?” It was also a perfect position to showcase the chops of his supporting cast. Kentucky-native Hannah Ford’s drum break was a hands down highlight. Prince is a phenomenal pianist. The man doesn’t abandon his strings for long, though.

Upon returning front and center, Prince took the opportunity to introduce his axe-tapping, sensory deprivation tank-experimenting protege Donna Grantis. “Her name is Donna and she loves you too. But not as much as she loves her guitar,” Prince said of the Canadian shredder, who allegedly did Hendrix’s legacy justice in the presence of the legend’s father once. Guitar porn appeared on the giant screen at the back of the stage. Necks and frets and tuning pegs swirled in kaleidoscopic configurations as the quartet blazed through a searing “Guitar.” “When Doves Cry,” a tune I’ve been personally covering for almost a decade now (despite the songwriter’s disdain for Glee‘s take on “Kiss”), was the most cathartic singalong. “Ain’t no party like a purple party, ’cause a purple party don’t stop,” the Jehovah’s witness rapped from back behind the synthesizer, even though the soiree was actually building toward an actual, definitive conclusion.

When cherry-picked audience members (read: hot chicks) were invited to dance on stage for “I Would Die 4 U,” I had a sense the end was nigh. The music monarch then went all ADD DJ on the audience, teasing samples from some of his tastiest hits prior to busting out an always epic “Purple Rain.” Two encores later, he was out. Grantis may have gotten more props and attention, but, in my (third) eye, Ford’s solid rhythm assault and near-perpetually smiling face stole the show. What can I say? I’m partial to the skins.