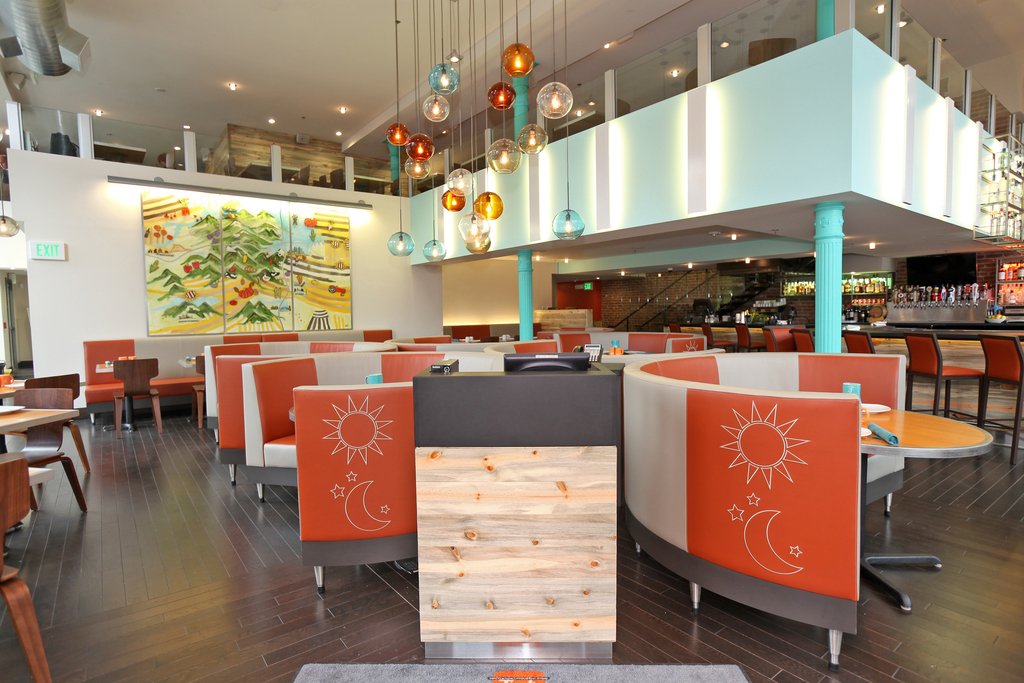 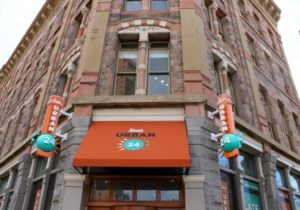 On the corner of 14th and Larimer Street stands a goldmine called Tom’s Urban 24. It’s Tom’s, it’s urban and it’s open 24 hours. The restaurant sits on one of the best pieces of real estate in Denver, CO and holds its own to neighbors like Ocean Prime and The Capital Grille. 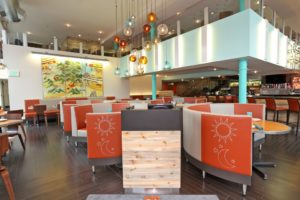 As soon as you walk in you feel the fun, modern vibe, you smell the goodness of the food and you see the diversity of the crowd. Behind the bar, made of beetle kill denim wood, stand world-renowned bar tenders shaking and mixing specialty drinks some of which are on the menu and some that are not. I had the pleasure of tasting the “Fiscal Cliff” which is now the feature drink at Tom’s. Grand Marnier, green chile, pineapple juice and a sprinkle of cinnamon bring this drink as close to perfection as they come and this concoction has been recognized as the Art of Winter Cocktail contest winner for best cocktail.

Creativity flows throughout this restaurant and is evident by the hip décor and the unique food that is served day and night. The breakfast menu, which is available from 10:00pm until 4:00pm, offers treats like the Pumpkin Spice Pancakes, Treehugger Benedict and Barbacoa breakfast burrito.

At 4:00pm the dinner menu kicks in and spices up the rest of the night with crafty and well thought out dishes. The Asian Glazed Duck Wings are not to be missed. The hoisin BBQ glaze and the tenderness of the meat will make your mouth water. The wings are served with a delicious Asian peanut slaw, which isn’t your typical coleslaw, but you have to taste it to know exactly what I mean. Also, on the Apps, Snacks and Small Plate menu sits an oldie but goodie, with a twist; mac ‘n’ cheese with green Chile carnitas. Simply wonderful.

Moving on to the Dinner Entrée menu, the Fried Chickelooper with Corn Cakes, is an absolute delight. The fried chicken tastes anything but fried with its tender juicy meat that sits under matzo-breaded skin and is wonderfully seasoned. Don’t pass up the Urban Cowboy Egg Bake just because it’s diner time. The House-made simmered charro beans, slow roasted pork carnitas and topped with two eggs is a flawless mixture.

Make sure you leave room for desert. The homemade pop tarts are made with pie crust, fruit fillings and can be topped with the brilliant ice cream from Alchemy Ice Cream, a Colorado creamery. In fact, most of the ingredients used at Tom’s Urban 24 come directly from local suppliers, and there’s a map on the wall to prove it. 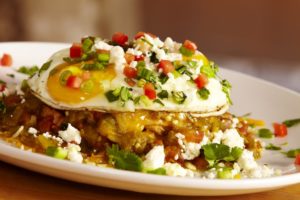 Tom’s really starts hoppin’ after the nightclubs close in the wee hours of the morning. Stop into Tom’s after a night out on the town and enjoy the Midnight Slopper. The Angus beef burger served Pueblo-style smothered with green chile sauce, will sober up the drunkest patron.

The food at Tom’s is as excellent as the concept, the operational platform and the business model, which are the three components Tom thinks makes for a great eatery. Owner Tom Ryan took time out of his busy schedule to explain his concept and deep connection to the world of food. “Food is entertainment, food tells a story,” he said. At Tom’s Urban 24 you are guaranteed to taste great food and leave with a great story. 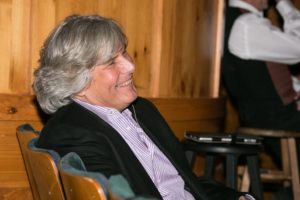