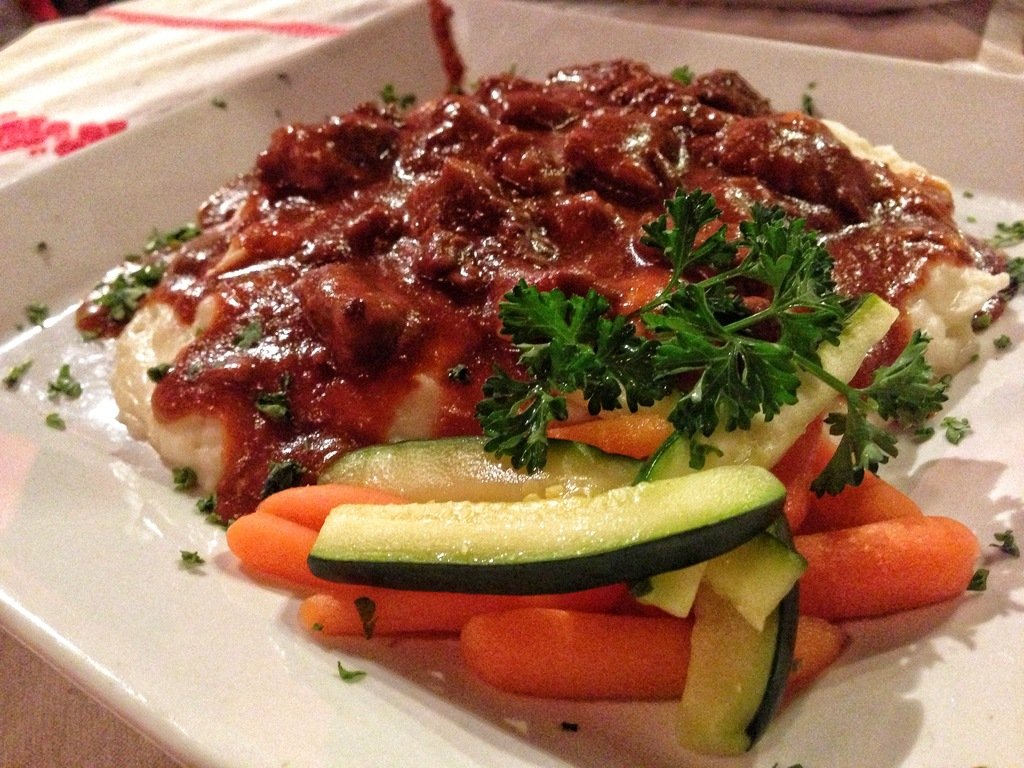 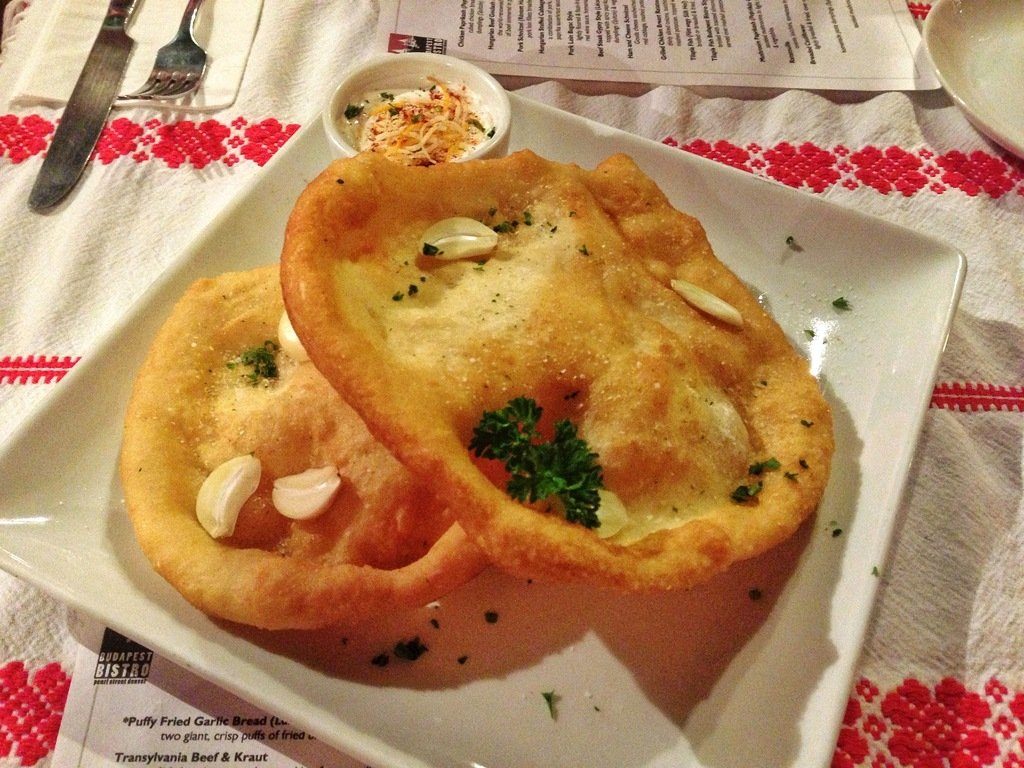 Nestled on a quiet corner of Denver’s south pearl street lies our city’s only Hungarian eatery. Budapest Bistro, a little red restaurant with quaint table clothes and brightly lit rooms, has been firmly planted at this prime location for sixteen years. Only Sushi Den, one of Denver’s most popular and well known restaurants, has occupied the block longer. So it didn’t surprise me when the manager said they have lines out the door during weekends and often sell out of their most well-loved dish, the stuffed cabbage rolls. Apparently the stuff is so good you can even call ahead a reserve an order. However what did surprise me was the absence of this dish at my meal. Quickly I found out it is exclusively made and sold on weekends due to the arduous cooking process. This meant their star dish was missing from our courses and instead we were left with some plates that did not stand up to their reputation…. Both the Beef Goulash and Chicken Paprikash were extremely over salted, making the tender meat and delicious spatzel almost uneatable. This was disappointing to say the least because a good goulash on a cold snowy day would be perfection. But alas a heavy hand on the salt dashed any hopes and dreams I had for this meal. What I would recommend though, other than the phantom cabbage rolls, would be the Beet 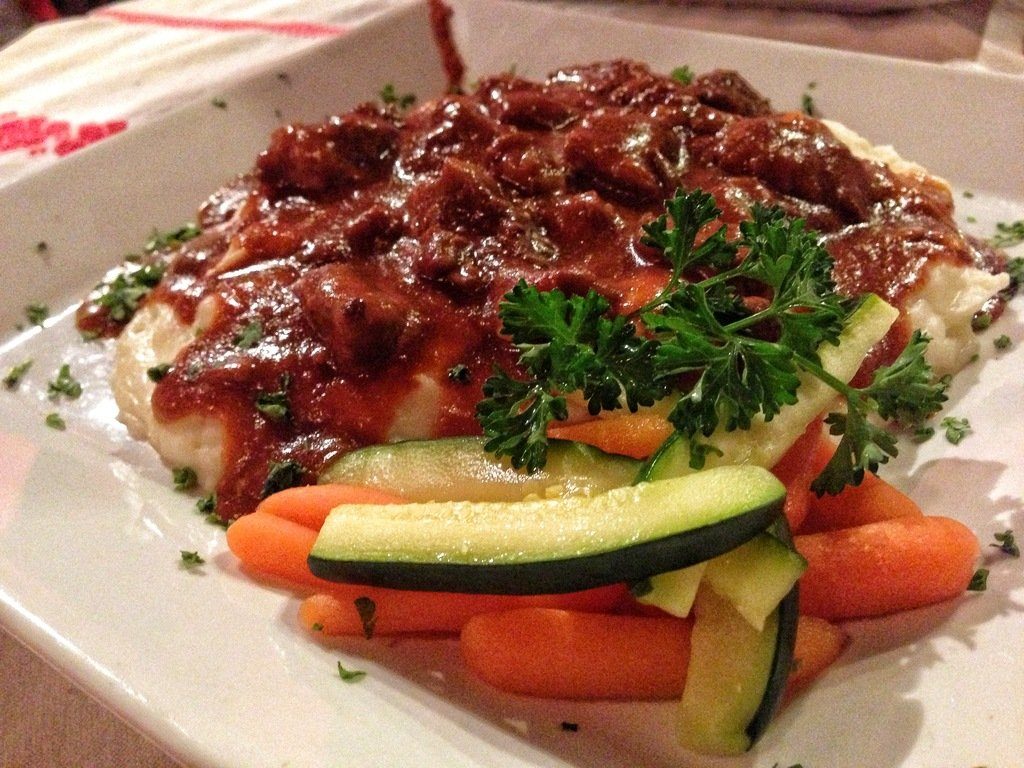 and Goat Cheese Salad and the Pork Loin Bugac style. I liked the beet salad especially because beets actually are often used in Hungarian cooking and isn’t haphazardly thrown in because it’s the latest trend-the New York Times called it the “new spinach”- *rolls eyes here*.  The main stand out though was the Langos, a puffy fried garlic bread served with a fantastic sour cream sauce. Simple, to the point and a nice nod to Hungarian street food. Hopefully more of their dishes are along those lines because I want to give this place the benefit of the doubt due to their longevity in one of Denver’s best blocks. Plus if Head Chef and Owner Anna Hellvig can survive both communism and the restaurant  business, I’m sure she’s tough as nails and knows how to adapt.