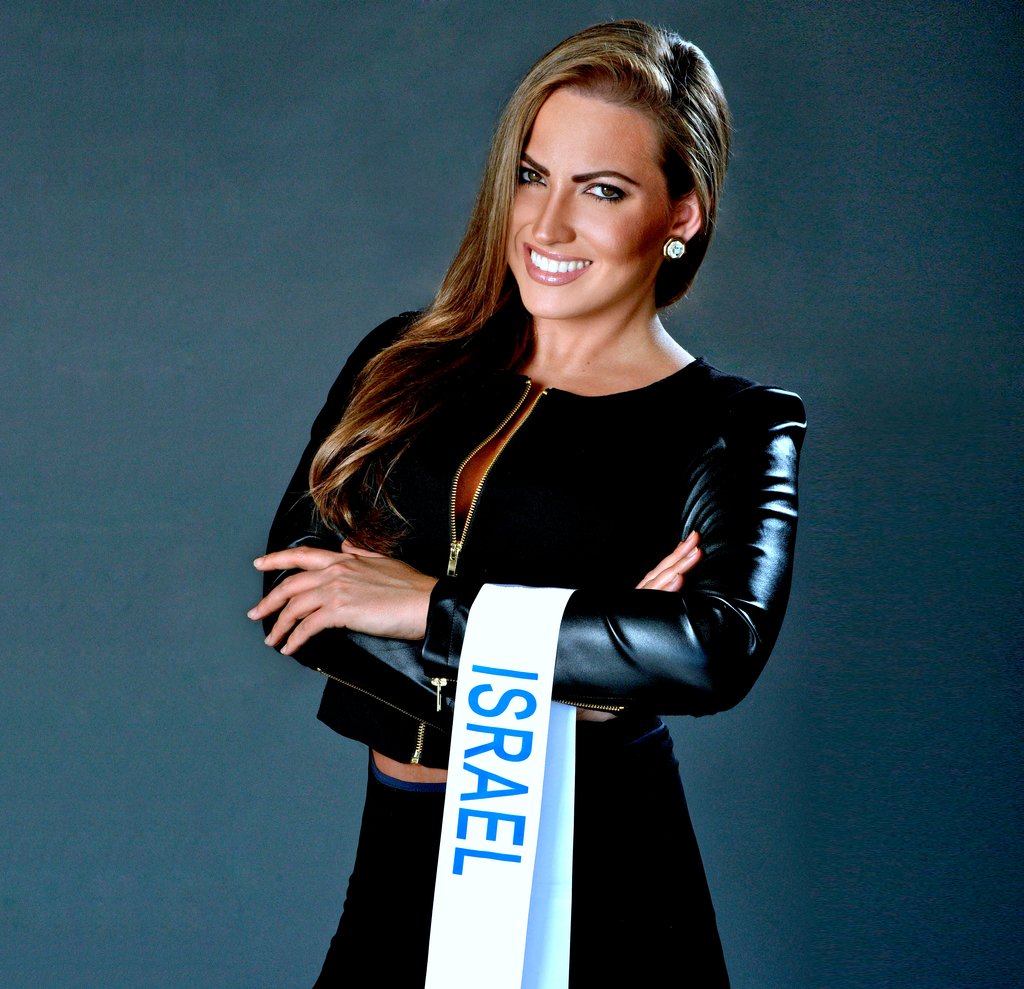 Sitting Down to Talk Pageantry, Fashion and Philanthropy With Miss International Israel

Miss International Israel 2012 is not your archetypal pageant queen – her childhood dream was to be a forensic scientist, she has never shed a tear over a crown not won, and at 5-foot-5, she does not personify the “clothes hanger” body type.

“I never thought I had the height or the body,” Yael Markovich said. “I am a very curvy woman like most women should be. I embrace my curves and I love my curves. There are a lot of beautiful women who happen to be short, but they are gorgeous women. They deserve the same recognition, the same applause, as someone who is 5-foot-8.”

Born in Haifa, Israel, down-to-earth, bilingual and stunning Markovich is so many things. At just 24 years old, she is an Israeli-American model, pageant titleholder, MBA student and owner of a day spa in Beverly Hills.

Lucky for Denver, Markovich, an 80s baby herself, is breaking out her scrunchies and neon next weekend in order to host 303 Magazine’s 5th annual 80s-themed PURIM Extravaganza, in honor of the Jewish holiday Purim (Read more about the holiday here.)

In 2012, Markovich was crowned Miss International Israel and then went on to represent her country in the 52nd annual Miss International pageant (the third largest worldwide pageant) last October in Okinawa, Japan. Israel debuted in the pageant this past year for the first time in seven years.

“It meant representing one of the two most amazing countries in the world,” Markovich said. “I love America and I love Israel, equally. This is my home. These two places are my home.”

Although Markovich did not win Miss International overall, she gained much more.

“It wasn’t just about winning,” Markovich said. “It was about meeting girls from various parts of the world and learning about other cultures.”

What does it take to be Miss International Israel?
Intelligence, beauty, poise and personality
Photo By LA Pearl Photography

Pageantry has been the natural progression of Markovich’s ascent in the beauty and fashion industries.

After moving to the U.S. with her family at age 5, Markovich made her way to L.A. to study business and pursue her dream of becoming a celebrity makeup artist.

“That was my passion,” Markovich said. “I wanted to be a celebrity makeup artist and I did. I worked on the Grammys, the Oscars. I’ve done makeup for various celebrities. I love it, but I wanted more.”

What Markovich did not know was that one day she would end up on the other side of the camera. 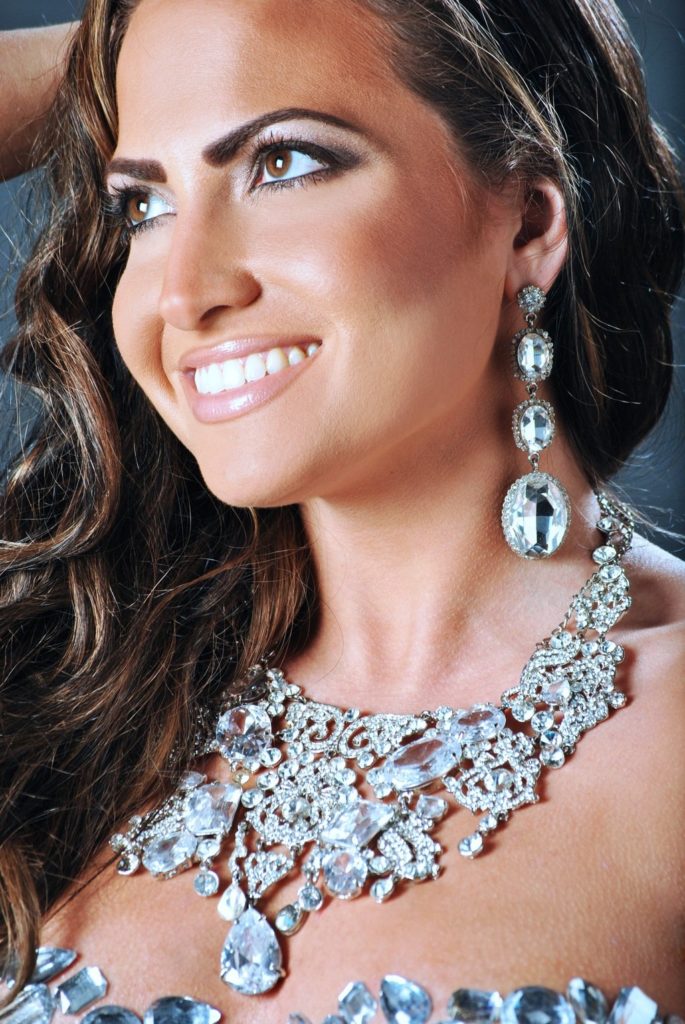 Markovich embraces her Israeli-American heritage
“I am very proud of having the culture of my people, as well as the American culture – the Western Civilization, the land of opportunity.” – YM
Photo By John Graf Photography

A serendipitous story, Markovich fell into modeling when a model ran late for a shoot. The photographer saw Markovich’s potential, and the rest is history.

This past year, having realized modeling will not last forever, Markovich gathered what she learned in and out of the classroom and launched her own business, Limón Nail & Spa Boutique, a Beverly Hills day spa that specializes in “haute beauty” and does everything but hair.

“Yes, I love modeling and I want to do it forever, but realistically, let’s be honest, you can’t do it forever like a famous movie star,” Markovich said. “What’s going to bring home the bread? The salon.”

Markovich hopes to expand the salon into an American chain, and within the next decade move back to Israel and open up a sister salon.

Although she visits Israel each year, she misses her Grandma’s cooking, the richness of the culture and the beautiful simplicity of the people.

“They’re not at all about what you’re wearing, what name brands you have – not at all,” Markovich said. “They’re a very simple, hardworking people. It really makes you appreciate what you have … It takes you out of your element.”

In the mean time, Markovich, who considers herself “blessed,” will be preparing for the Miss California competition in hopes of continuing on to Miss U.S.A.

303 MAGAZINE: HOW DID COMPETING IN MISS INTERNATIONAL HELP LAUNCH YOUR CAREER?

YM: “Miss International is actually the third largest pageant in the world. So, when I got this opportunity, I was floored. I was like ‘Oh my God! Yes, please. I would love to do this.’ So being in the Miss International pageant right there opens a lot of doors for you, a lot more people want to hire you to do spokes modeling to represent your country.”

303 MAGAZINE: WHAT HAS PAGEANTRY TAUGHT YOU ABOUT YOURSELF?

YM: “It’s taught me how to be very open-minded because you’re meeting with so many different women, different cultures. You have to be open-minded to what they bring to the table. It holds a very special place in my heart. I love all these women. I won in the sense that I made lifelong friends. I could go to any country in the world and have a friend there.”

303 MAGAZINE: WHAT DOES IT MEAN TO YOU TO BE AN ISRAELI-AMERICAN?

YM: “I’m very proud of being both. I am very proud of having the culture of my people, as well as the American culture – the Western Civilization, the land of opportunity. I am very happy to be living in such an amazing place.”

303 MAGAZINE: WHAT CHARITABLE ORGANIZATIONS ARE YOU INVOLVED IN?

YM: “I am with the FIDF right now. It’s the Friends of the Israel Defense Forces. It’s an organization, non-profit, that helps the soldiers in Israel, helps them, gives them more resources, more options to live a more comfortable lifestyle while in the Army. I’m also a huge animal advocate. I love animals. I work with the humane society, the ASPCA; I work with PETA. I grew up with chickens, rabbits, cats, fish, parrots, birds, snakes, lizards; we had an iguana … as a four or five year old I thought it was a farm. That’s what my platform was for the pageant. I also support StandWithUs. That’s another pro-Israel, non-profit organization that teaches people about Israel and about the positives.”

303 MAGAZINE: HOW DOES BEAUTY DIFFER BETWEEN THE U.S. AND ISRAEL?

YM: “The men and women in Israel are absolutely stunning. They’re naturally beautiful. They don’t need makeup or to get their hair done. They just walk out of the house. Their skin is flawless. They’ve got this mocha skin – sexy, ethnic, very exotic look. In America, there are more Hollywood types like the Barbie doll look.”

RESERVE YOUR TICKETS HERE FOR THE FEB. 23 EVENT HELD AT NORAD DANCE BAR