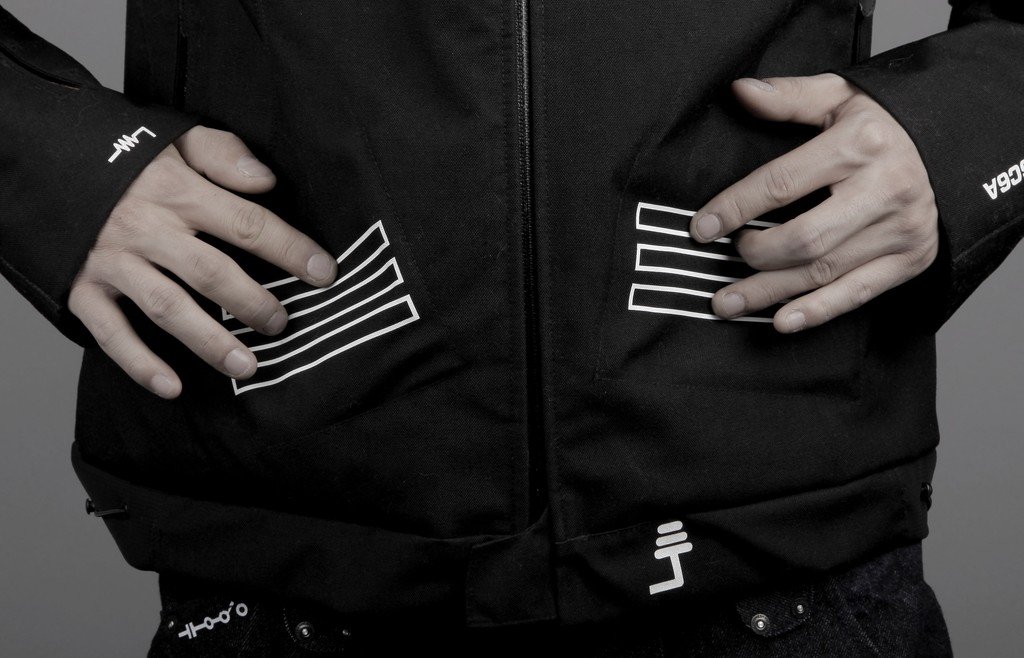 Imagine being able to create music by using your body as an interface.

MACHINA, a wearable technology brand that merges fashion and technology in a practical and visually appealing way, is doing just that.

Introducing the MIDI (Musical Instrument Digital Interface) Controller Jacket that provides communication between digital music instruments, computers, and your clothing. It allows users to control and make music kinetically (through body movements), through body sensors, and by detecting your acceleration and flex.

Built into the wearable machines are the following user controls:

All of these sensors and buttons can be configured by the user, but they also come with presets and initial configurations. The idea is for people everywhere to be able to customize and design new musical configurations tailored to unique dance moves.

The jacket looks, feels and wears just like a regular jacket; all of the control sensors are invisible except for placeholders. Not only will this new gear make you the life of the party, you can wear it anywhere, in any weather.