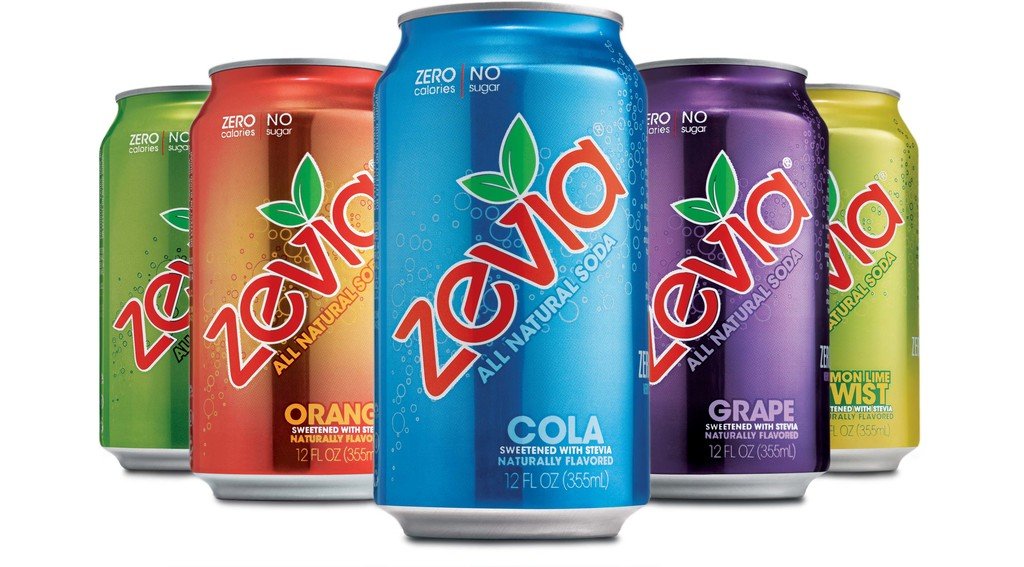 Tis the season to indulge in everything from sinfully delicious desserts to that home-cooked pot roast you’ve been waiting all year to come home to. But in the midst of the hedonism that the holidays could bring, Zevia offers a satisfaction that won’t leave you feeling guilty.

Founded in Seattle back in 2007, Zevia was created as a zero calorie soda, sweetened with an all-natural sweetener called stevia. At the time, there were only three flavors available to the market: cola, lemon-lime twist and orange soda. It wasn’t before long that the team recognized its success and the demand for more flavors increased. Today, Zevia is available in 15 different flavors, with flavors such as Ginger Root Beer and Black Cherry dominating its bestseller’s list.

Paddy Spence, the CEO of Zevia, says that among his favorite flavors from the brand is cherry cola and grape.

“Cherry tastes so fake,” Spence says, referring to mainstream flavored cherry colas. “One of the things I love about ours is that it’s not quite so sweet, it’s not so much maraschino cherry as it is a real cherry.”

Spence and his wife decided to go sugar-free about 12 years ago. Being soda drinkers, they found it difficult to find a brand or beverage that would cater to their needs.

“At the time though, there was no soda that was using stevia,” he says. “So my wife and I used to make our own soda at home with some sparkling water, liquid stevia, fresh lemon and ginger–– we made ginger ale essentially.”

When Zevia officially hit the shelves with stevia as an FDA-approved sweetener, Spence took this as an opportunity to become involved with a company that had an interesting product but at the same time also aligned with his goals and passions.

“We thought we had a product that’s meaningfully different and it was a product consumers are passionate about,” he says. “Soda is dominated by multi-billion dollar companies like Coke and Pepsi, so it’s much more fun and exciting for me as I’m a big fan of rooting for the underdog, like David fighting Goliath.”

Despite going head to head with the challenges of competing with such a big industry, Spence is a firm believer in providing healthy but original flavor profiles for consumers.

“One of the things that’s really neat about this brand is that consumers are looking for alternatives and our brand stands for that,” he says. “One thing you’ll never see from us is experimental new flavors that don’t exist in soda. We don’t do blueberry pomegranate acai or something.”

With the wavering popularity of generic sodas and the awareness that soda drinkers have today, Spence’s plans for the future is that Zevia will be available in all the places you expect to find soda.

“We started in natural stores and then expanded to grocery stores,” he says. “We’ve been increasing distribution to chains like Target as well.”

Zevia boasts of remaining true to flavors that we know and grew up with but without the detrimental effects that artificial sweeteners does to your body. But don’t just take my word or Spence’s word for it. Zevia is currently distributed nation wide, and easily available for you to purchase and try from, at your local Whole Foods or even King Soopers store.