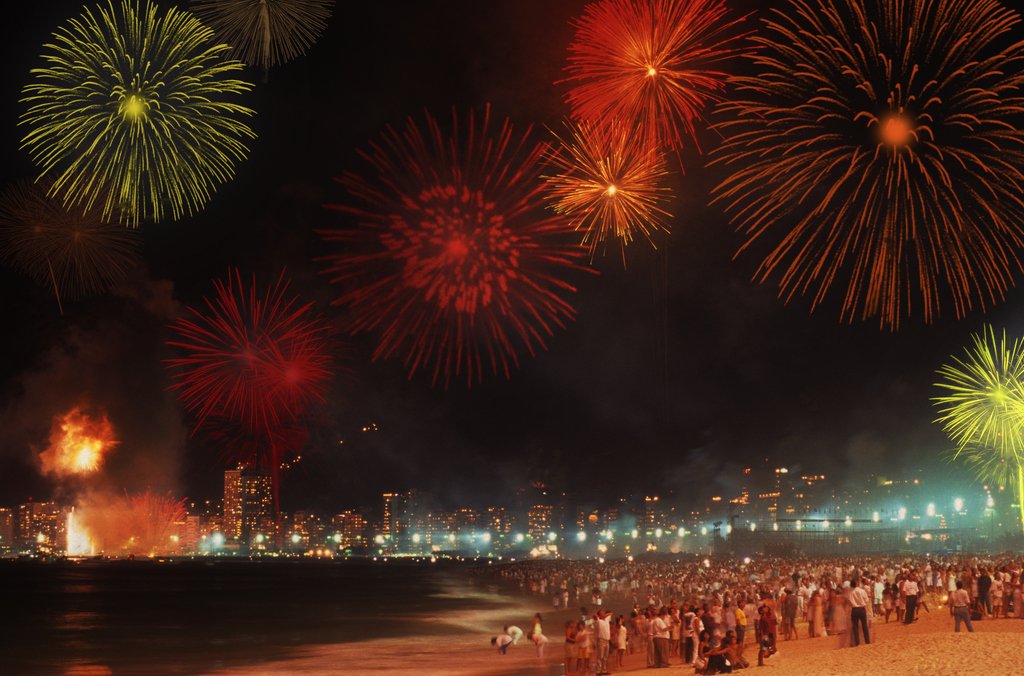 I can safely say that Brazilian’s know how to party. Carnival, Brazil’s six week long festival, is internationally known as one of the world’s biggest and best and every year it makes thousands flock to the beautiful city of Rio. However a lot of people don’t know that New Year’s is almost as important to Brazilian’s as Carnival is. That’s probably because New Year’s, or Réveillon, doesn’t just mark a change on the calendar but also the beginning of their summer holiday season. In that way it’s kind of like our thanksgiving but with a lot more rum and dancing…. Either way Réveillon is one of the most widely celebrated and traditional holidays in Brazil. So if you rather be channeling the white sandy beaches of Rio rather than our snow packed roads for this year’s NYE here is a couple of ways on how to do it:

Attire: in Brazil everyone wears white on New Year’s Eve as a symbol for good luck. I know it might be a little hard to throw together a pristine white ensemble at a minutes notice so ladies head to White House Black Market and men start digging for those one pair of linen pants you own. If anything there is nothing that a little creativity and a bottle of bleach won’t fix. 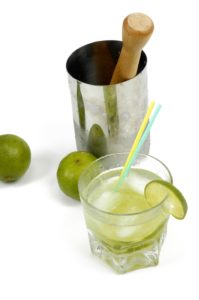 Drink: When it comes to Brazilian spirits nothing is more authentic than Cachaça, a white sugar cane rum. I know for a fact that you can buy it at larger liquor depots like Tipsy World and possibly at a moderately sized local store. Spend a little bit more when it comes to this liquor because the cheap stuff is truly fire water… Here is a recipe for the quintessential Brazilian cocktail, Caipirinha:

Place the sliced lime and sugar in a rocks glass and muddle well.

Add cachaça and ice and stir. Garnish with a slice of lime.

Food: it is traditional to eat rice and lentils during Réveillon as a symbol for good luck and well-being for the New Year. A famous rice and lentils dish that is actually Lebanese but has been adopted by some Brazilians is called Mujaddara and consists of lentil, rice and fried onions. It is super easy to make and extremely delicious. If you are looking for a more all encompassing Brazilian meal on NYE book a reservation at Café Brazil or Fogo de Chao, two of Denver best Brazilian restaurants. In the meantime here is a great recipe for Mujaddara:

salt and pepper to taste

Caramelized onions in large skillet with olive oil over medium heat for 10 minutes, until brown. Remove from heat, and set aside.

Place lentils in medium sized pot with lightly salted water. Bring to a boil, reduce heat, and simmer about 15 minutes.

Stir rice and add water to cover the lentils in pan. Season with salt and pepper. Cover saucepan, and continue to simmer 15 to 20 minutes, until rice and lentils are tender.

Mix half the onions into the lentil mixture. Top with yogurt or sour cream and remaining onions to serve.

Celebrate: if you rather go out rather than play NYE host, the Mercury Café is throwing a Brazilian New Year’s Eve party downtown this year. There will be plenty of dancing and rum as well as very special guest, jazz pianist Victor Mestas, from Caracas, Venezuela! Make sure to wear white and order a Caipirinha to ring in a very special new year. And hey maybe you’ll pick up a new tradition along the way. Check out the Denver Post’s Event Page for more details: http://calendar.denverpost.com/denver_co/events/show/296748805-ginga-a-brazilian-new-years-eve-at-mercury-cafe