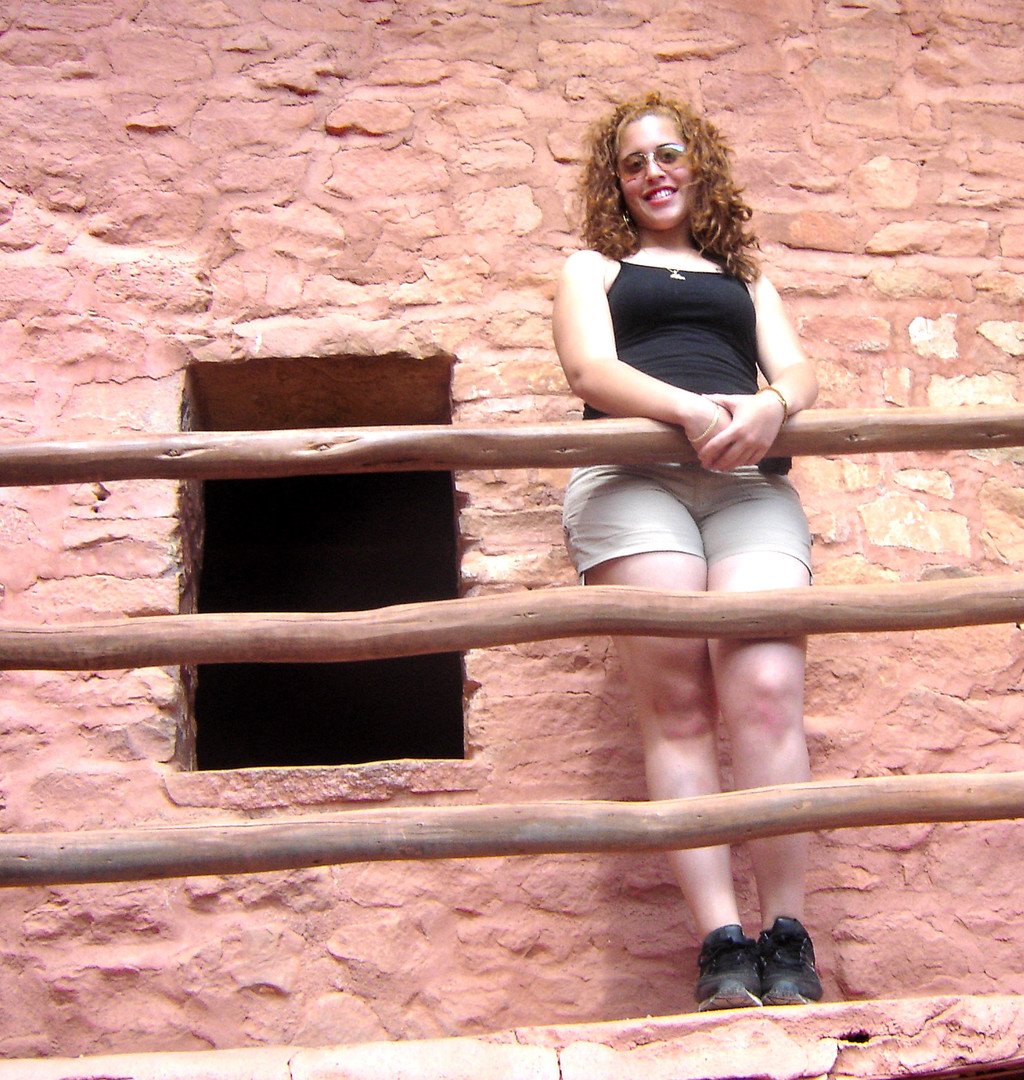 The Gift of Life: The Story of Eva Giselle Cordero 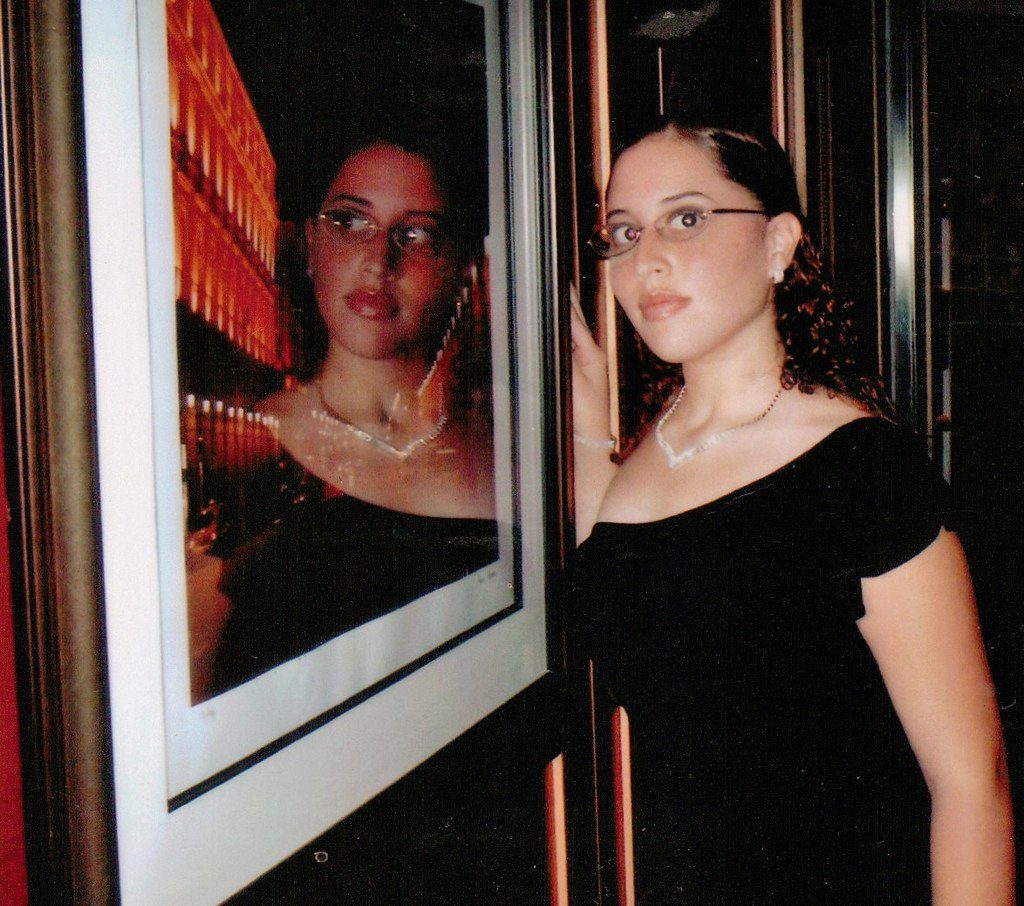 Saul and Judith Cordero remember their daughter as young and happy. A typical teenager, Eva Giselle Cordero filled her life with music, dancing and talking on the phone. She wore her favorite color, pink, almost every day,and was careful to make sure her outfit matched, from her perfectly styled hair to her coordinating accessories. After all, she was Puerto Rican and “had to represent.”

Mr. Cordero chuckles as he tells me this. He speaks of her in the present tense and with pride, as though she were

standing right next to him. He tells of her vast dolphin collection — from trinkets, to figurines, to posters and art prints — and how she adored animals. He describes her immense love of nature and her dreams of attending school in Florida.

We’re speaking on the phone, but I can almost hear Mrs. Cordero smile as she remembers her daughter, the infinite dreamer. Eva often wistfully spoke of one day owning a house, and cars; but most importantly, the Corderos remember her dreams of helping people, especially seniors and the disabled. As early as fourteen-years-old, she cared for those in nursing homes and hospitals, sharing that beautiful smile that everyone knew.

Ever the independent girl, Eva worked hard in and out of school, consistently performing as an honors student. There was one test, however, that eluded her capabilities. Her sophomore year, Eva’s father drove her to take her driver’s test to obtain a driver’s license. She took the test and much to her dismay, had failed. She found herself angry and frustrated as she headed irritably for the door. But, her father knew better and he pulled her aside. He related to her the story of Albert Einstein and how the greatest physicist in the world had failed his university entrance exam. “I said to her, ‘You see, it’s not number one that matters; it’s number two,” laughs Mr. Cordero. “I told her I had all day for her to try again.” Eva did try again, and she passed. This moment would prove life-changing.

Thrilled at her successful second driver’s exam, Eva excitedly approached the DMV counter. The woman asked if she would consider being an organ donor. Eva turned to her mother.  Mr. and Mrs. Cordero have long been organ donors and have understood and supported the cause of Donate Life Colorado. Of course, her mother approvingly smiled and Eva signed up that day to give the gift of life. She said to the woman, “Whatever you can use, whatever they need, they can have.” Little did she know that she would forever change the lives of six people.

“Whatever you can use, whatever they need, they can have.”

Eva went on to graduate from high school and intended to carry out her dream of helping other people. She planned on attending college and studying special education. Just a few days before returning home to Colorado to begin her freshman year in college, Eva was in Maine visiting family. Tragically, she fell from a three-story balcony; when police arrived she was unresponsive. A few days later she would pass away.”It’s like a nightmare that you never wake up from,” says Mr. Cordero.

Erika folded her wrinkled hands in her lap as she sat in her the familiar, but uncomfortable chair. She gazed out the window, straining to hear the birds chirping over the whir of her dialysis machine. She wondered how many more opportunities she would have to listen to nature. She knew it wasn’t many; her family had long been waiting for a miracle. Erika closed her eyes and prayed that she would live just long enough to meet her first grandchild who was on the way.

Then, Erika and her family received the news — a donor had come through. An eighteen-year-old had opted to donate her organs and Erika would received one of her kidneys. The transplant proved successful and Erika finally recovered. She no longer required dialysis and  returned to doing the things she loved most — traveling and tending her garden. Most importantly, however, Erika cradled her infant grand-daughter into her arms — the beautiful baby girl named in honor of the family hero, Eva.

“He said he was jumping up and down, and dancing, and singing, for he now had a Puerto Rican heart in him.”

Dan had given up on the idea of second chances. He didn’t expect a miracle and had come to terms with his failing heart. Yet, he too received thatlife-saving phone call — he would receive a new heart. After his recovery, he excitedly contacted the Cordero’s to express his deepest gratitude for their daughter’s compassion. “He said he was jumping up and down, and dancing, and singing, for he now had a Puerto Rican heart in him,” Mr. Cordero says, again laughing.

Eva’s compassionate decision to donate her organs saved these, and four other lives. Her decision helped them all to realize how comparable we are as humans — the gift of life breaks barriers of race and ethnicity. The Corderos actively and passionately advocate for Donate Life Colorado, spreading the message of the importance of organ donation in honor of their daughter. The bilingual couple uses their knowledge of Spanish and English to reach out to the Hispanic community as well. Mrs. Cordero says, “In everyone we talk to, in all those who feel the powerful will to give the gift of life — we know Eva is the driving force behind it all.”

For the first time, Colorado and Wyoming families of organ, eye and tissue donors, transplant recipients and living donors will escort a balloon float in the annual 9News Parade of Lights in downtown Denver. The parade starts at 8 p.m. on  Friday, November 30 and  at 6 p.m. Saturday, December 1. The Donate Life Colorado float, titled “Gift of Life” will be a jumbo balloon in the shape of a gift box, representing the hope made possible by organ, eye and tissue donation. 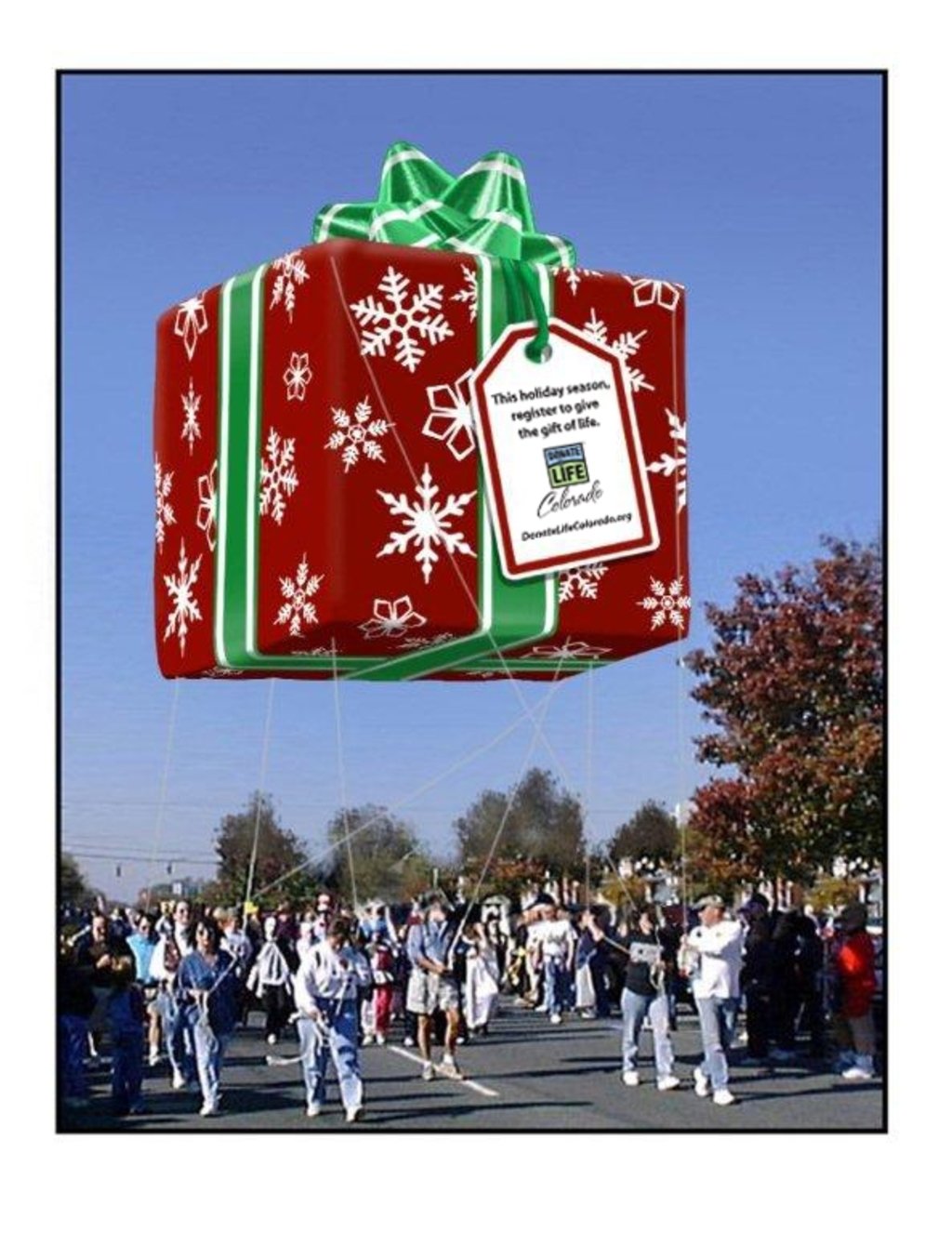 A rendering of the “Gift of Life” float

Donate Life Colorado is the donor registry for the state, managed by Donor Alliance, the federally-designated, non-profitorgan procurement organization and American Association of Tissue Banks (AATB) accredited tissue bank serving Colorado and most of Wyoming.

The Gift of Life balloon will be escorted by Colorado and Wyoming residents including families whose loved ones made the decision to donate, living donors, recipients who benefited from the lifesaving gift of donation, and advocates and volunteers. The group will be full of roughly twenty moving stories of hope, including the Corderos.

The Parade of Lights crowd and viewers at home will be able to easily tell how each person escorting the Gift of Life float has been touched by donation. Donor families will wear blue Santa hats, transplant recipients will wear red Santa hats, living donors will wear purple Santa hats and supporters will wear elf hats.

For more information about the 9News Parade of Lights, visit DenverParadeOfLights.com.

To register to be an organ and tissue donor, please visit DonateLifeColorado.org or call 303-329-4747 for more information.