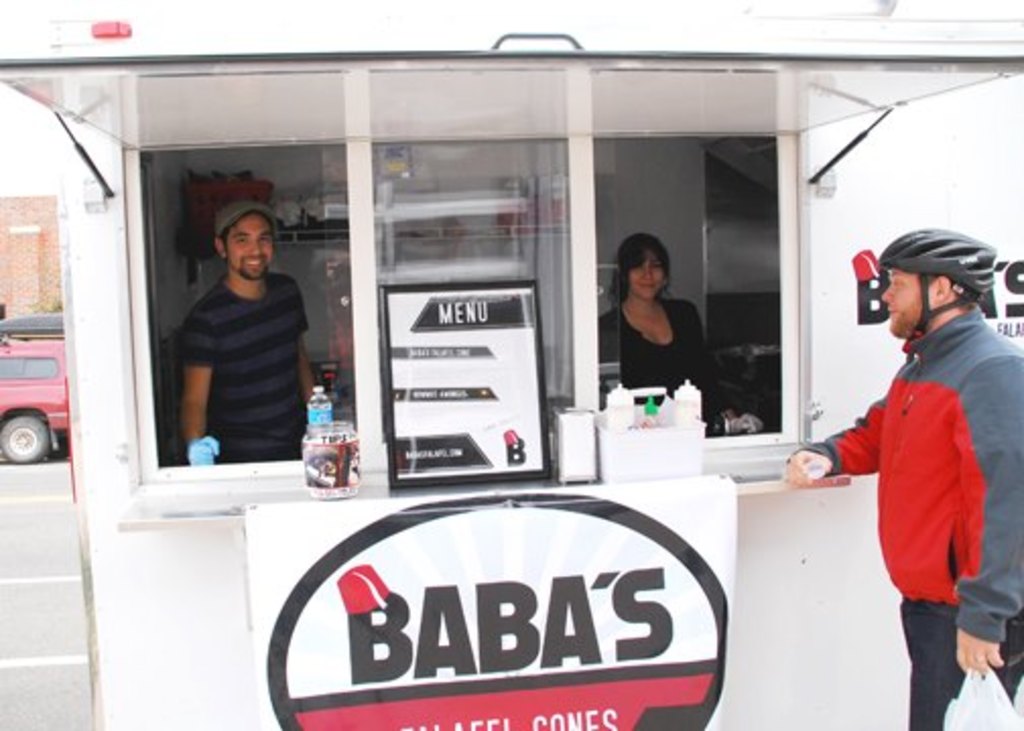 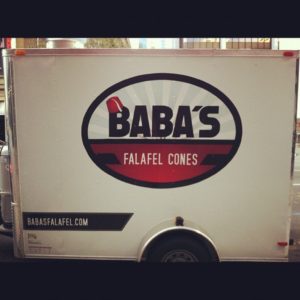 The only problem is finding a Falafel joint that meets up to my strict standards for Middle Eastern cuisine. I mean (and I am going to be bitingly honest here), Denver is not necessarily known for its abundance of homemade chickpea based delicacies. Sure our music, nightlife and fashion scenes are some of the best in the country, but for some reason, our falafel skills are lacking. At least, I thought that was the case until I tried out Baba’s Falafel,a delicious food truck making its way across the Denver streets. Who would have thought that the caliber of Falafel I was looking for would be found in a food truck parked outside of the Meadowlark on 27th and Larimer? 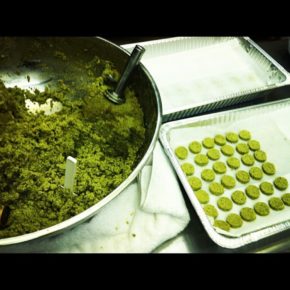 They founded Baba’s Falafel with the purpose of combining both their cultures (Mexican and Arab) into a fantastic food fusion that would blow away their customer’s taste buds. With items like the Falafeldilla and Baba’s Spicy Nachos, you will never have to choose between Mexican or Middle Eastern food again. Thanks to Dalia’s mother, who spent her retirement fund on buying and opening the food truck, Denver finally has a go-to spot for fresh and 100% Vegan falafel.

The Baba’s Falafel Cone consists of homemade falafel, vibrant parsley and a medley of 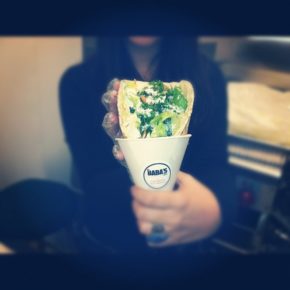 lettuce blanketed in Baba’s “special” tahini and wrapped in freshly baked pita. Refreshing, herby and flavorful, it is an invigorating way to end your hunger after a tedious workout or stressful day at work. Not a big pita fan? Try the Freestyle Cone and leave the carbs behind. Baba’s Spicy Nachos are the perfect mix of two cultures. Made from baked pita bread chips, smothered in hummus and topped with crushed falafel, pico de gallo, and Baba’s “spicy sauce,” the Baba’s Spicy Nachos are a creative masterpiece of fusion. The Baba’s Falafeldilla (my favorite creation) is made from two pieces of pita stuffed with creamy hummus and falafel and topped either in veggies or pico de gallo and Baba’s “spicy sauce.” The Falafeldilla is very filling, and definitely enough to share between two people. Before you end your night at Baba’s, take some smooth hummus to go. Baba’s hummus is inexpensive and they are not stingy on the portions, either. The Hummus Amongus will be your new addiction (seriously, I am eating it at this very moment).

Baba’s Falafel is the final answer to the age-long question of, “Mexican or Middle Eastern?” (That isn’t always the argument in your family?). Whether you can’t decide what you are in the mood for or just have a hankering for some authentic Middle Eastern cuisine, Denver’s newest food truck, Baba’s Falafel, has you covered.