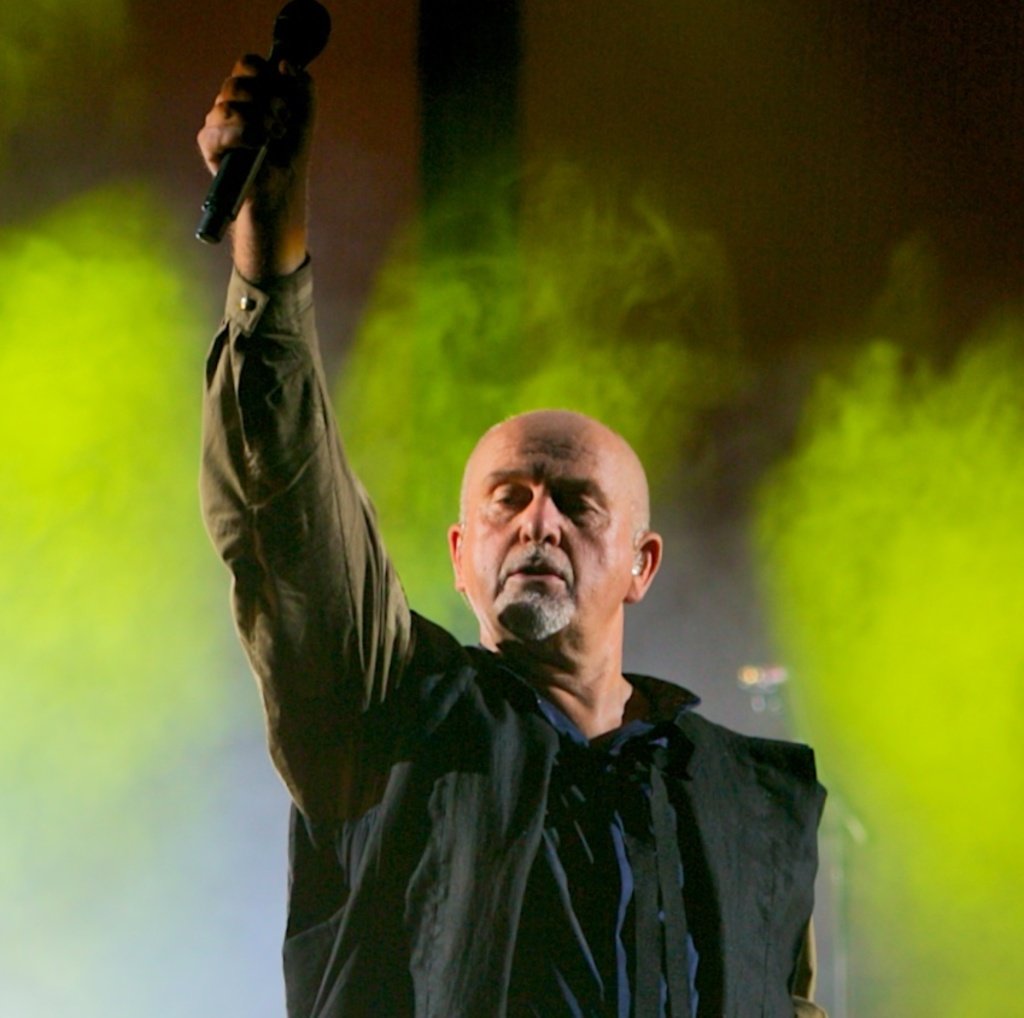 I still think Red Rocks is the best outdoor venue in the world to see a concert and, apparently, Peter 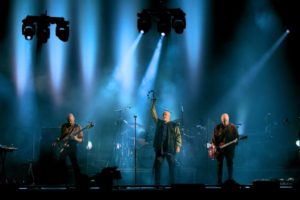 Gabriel shares the feeling, since he opened the show with,

“It’s very good to be back here, in what must be the world’s most beautiful arena.”

I hadn’t been to the Rocks in a few years, despite my promise to myself when I moved to Denver more than 25 years ago that I would see at least one show there a year. I had my first ‘Peter Gabriel experience’ shortly after moving to Denver in 1988. He performed at McNichols Arena as part of the Conspiracy of Hope tour, one of six concerts to benefit Amnesty International. Even though that show included U2, Sting, Bryan Adams, and the Neville Brothers, it was Gabriel’s performance that left a profound and indelible impression on me. ‘So’, pun intended, I had very high expectations of Peter Gabriel at Red Rocks on Sunday night, and I was not disappointed. In fact, I was overwhelmed.

The show opened with an inspiring, goose-bump producing performance by his backup singers Jennie Abrahamson on piano and vocals, and Linnea Olson providing accompaniment on cello.  Peter then came back onstage to explain that his show would be delivered in three parts.

Part one was an acoustic set, starting off with a new piece with Gabriel playing piano accompanied by Tony Levin on bass. They were then joined by drummer Manu Katché and guitarist David Rhodes, both on acoustic guitars, and keyboardist David Sancious on accordion for the remaining three songs: Talk to Me, Shock the Monkey, and Family Snapshot. The final song of this set, Family Snapshot, set the tone for part two of the show, introducing the multi-media show that would be used so effectively throughout the remainder of the concert.

This next ‘course’, as Peter called it when introducing the flow of the show as if it were a three-course fine dining experience, instantly had us on our feet. At this point, the band broke into powerful, electronic renditions of some of Gabriel’s classic tunes, including Digging in the Dirt, Secret World, The Family, and Solsbury Hill. In typical Peter Gabriel fashion, the show was a feast for the senses, with lights moving about the stage like alien beings hovering above the band members, a splendid display on five massive vertical screens behind the stage, and synchronized dance moves by Peter and his troupe. During Solsbury Hill, Gabriel began half skipping, half marching, eventually leading his band in a parade around the stage. He was obviously enjoying himself. This concert was being recorded for a live album, but seriously, who doesn’t become deliriously happy at Red Rocks, whether you’re in the audience or on the stage? The altitude might have taken its toll on the 62 year-old Gabriel, but you’d never know it. Just the same, this set ended with Peter back at the piano, performing a rendition of Washing of the Water that sent chills up and down my spine.

Part three, was the pièce de résistance, or ‘dessert’ as Gabriel referred to it – a recreation of the 1986 hit album So.  The screens, the stage, and the band glowed with crimson hues as the band opened this set with Red Rain. Sledgehammer had the crowd singing along and back on our feet. The tone changed once again, as the stage was bathed in blue light and Abrahamson joined Gabriel front and center for the female lead vocals on Don’t Give Up, bringing tears to my eyes. 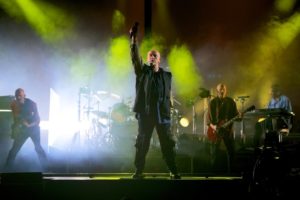 Who but Peter Gabriel could perform an entire piece lying on the floor and turn it into pure art?

As Gabriel lay on his back with a light above projecting a target over his face, while singing Mercy Street, cameras beamed his image onto the large screens on either side of the stage. Picking up the pace once again, Gabriel had the crowd eating out of his hand as we danced and sang on cue to Big Time. Even the movement of the lights on tracks around the stage, by the crew outfitted in matching red jumpsuits, became part of the theatrics during We Do What We’re Told. Completely mesmerized by the time he finished the set with In Your Eyes, I didn’t even notice that it had begun to rain.

After acknowledging his band, the crew and the audience, Gabriel came back for a two-song encore. At the end of the first song, the elliptical lighting truss suspended above center stage dropped a spiral of white fabric around Gabriel as he ended the show with Biko, a song Gabriel released in 1980 as a tribute to Steven Biko, noted black South African anti-apartheid activist. A perfect ending to a perfect show, Gabriel engaged the crowd in singing the chorus, and then left the stage. His band followed one by one, the drummer being the last to leave after keeping the beat for the now enraptured, chanting crowd. Once the stage was empty, our hearts were full. We were satiated. Like any beautiful piece of art or nature, Gabriel’s signature theatrics, lyrics, melodies, and perhaps his mere presence, left me awe-inspired with tears of joy welling up in my eyes. The show, entitled Back to Front, was so much more than a reprise of a ‘greatest hits’ album.

Peter Gabriel, at 62 years of age, proves that a true artist and humanitarian creates, and recreates, timelessly and without end.