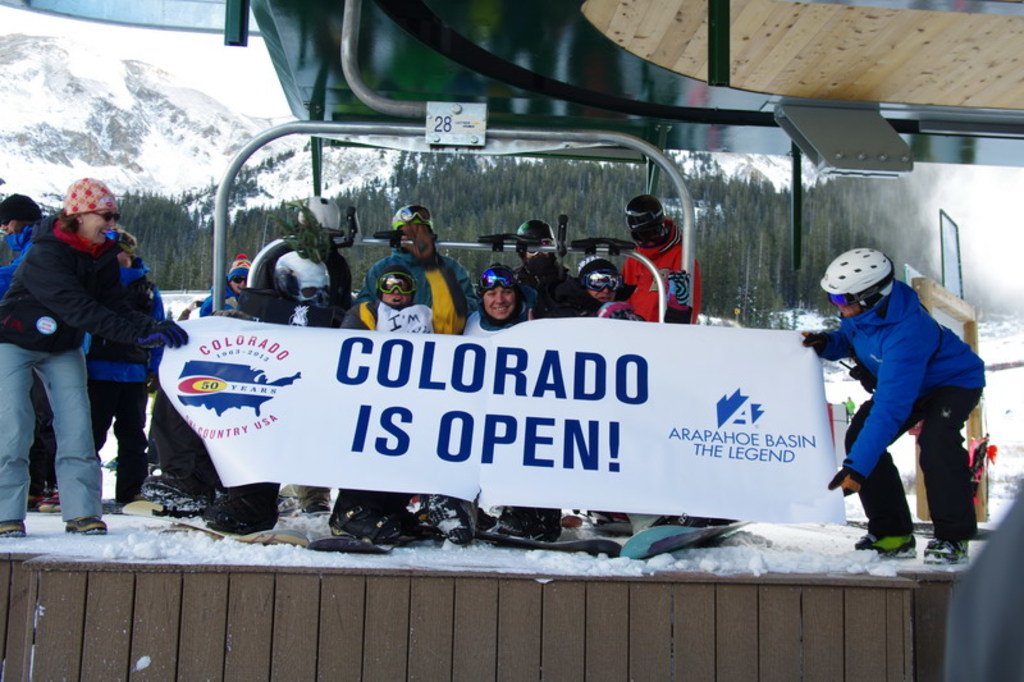 Out of Bounds: Opening Day

Although temperatures along the Front Range remain mild, subtle giveaways to pending change in seasons can be found. Warren Miller movies start popping up in theaters around town. Patio furniture starts being replaced with coats, skis, and snowboards at Christy Sports. Every SUV/Subaru sprouts a ski rack on the roof. And, snow adorns the peaks overlooking Denver.

Almost as exciting as the Broncos’ thrilling come-from-behind victory over the Chargers Monday night and more cordial than the current presidential race, Arapahoe Basin and Loveland Ski Area annually race for the prestigious “First Ski Area in the Colorado to Open” title. Dating back more than 50 years, the two ski areas’ high elevation and northern exposure allow them to take advantage of early season storms and lower temperatures, giving them a head start on snowmaking.

This season, perfect conditions allowed A-Basin to open after only 12 days of snowmaking, beating Loveland for the title. 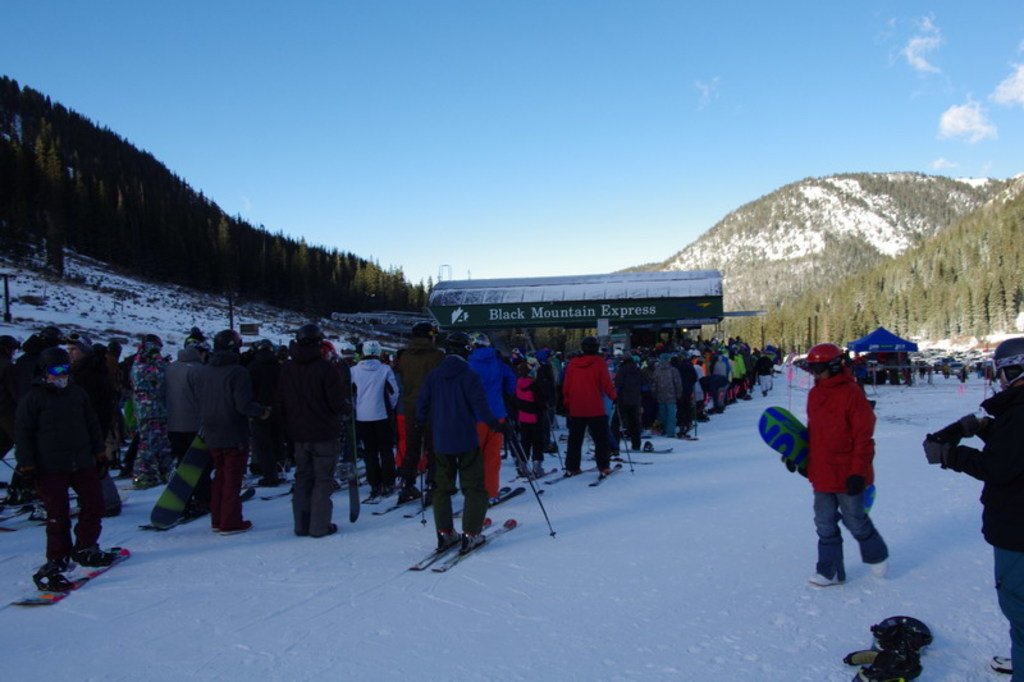 Summit County buzzed with excitement this morning as a huge crowd gathered around the Black Mountain Express for the first run of the year. Four lucky individuals hopped on the first chair and officially kicked off the 2012-2013 season. Currently, High Noon and a small terrain park are the only runs open, making it a little crowded. However, this creates a perfect excuse to enjoy a renowned bacon Bloody Mary from the Sixth Alley Bar on the patio and take in winter.

One father, who wishes to remain anonymous, calls his sons in sick at school each year.

“We enjoy opening day together,” he said.

Bonus Round – The “Ski Brah”

Last winter, I found myself out in Breckenridge with my friends Josh and Jared. Jumping from bar to bar, we ended up at a place called Cecilia’s. Walking in, I immediately noticed a herd of guys in oversized sweatshirts wearing flat brim hats. Visibly rattled, Josh proceeded to explain these folks were “ski brahs.” 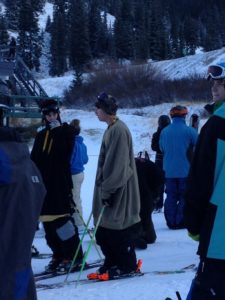 Most commonly seen in terrain parks or shady martini bars, ski brahs use poles shorter than lawn gnomes, wear sweatshirts large enough to engulf an entire ski school class, can live off Red Bull, and have lettuce (a style of hair — you will know it when you see it — also known as mad flowsauce) on their head.

I am all for trying to be a pioneer but I struggle to grasp how wearing a sweatshirt in 15-degree weather benefits anyone.  Am I alone?  Please leave thoughts or comments on the ski brah movement below.