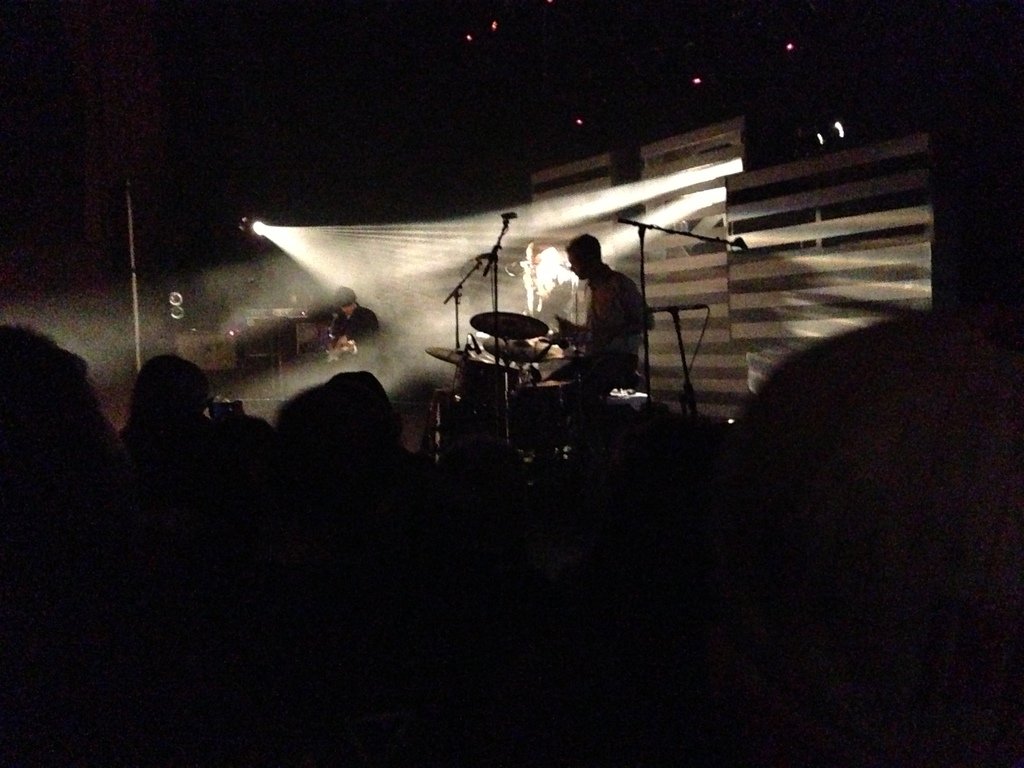 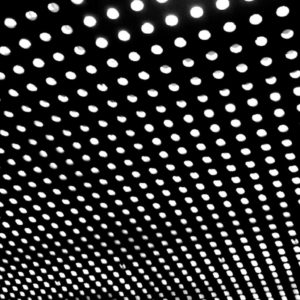 The cover of their latest album, Bloom

There is something about Beach House’s music that can make any space feel cavernous and endless. They sucked you into their abyss of echoes with the first song, causing you to go into a musically-induced trance. That is what happened to me on Sunday night when I went to see this dream pop trio at a sold out Boulder Theater. The two hours that they performed felt almost like a dream; I was only able to recall the beautiful bits and pieces that my mind could process. Not once was I bored, or thinking about how much my feet hurt or how badly the guy next to me smelled–like I do at a majority of the concerts I go to. Rather, the show was one where you had to listen to the entire discography the next morning just so you could try to re-live the night before… 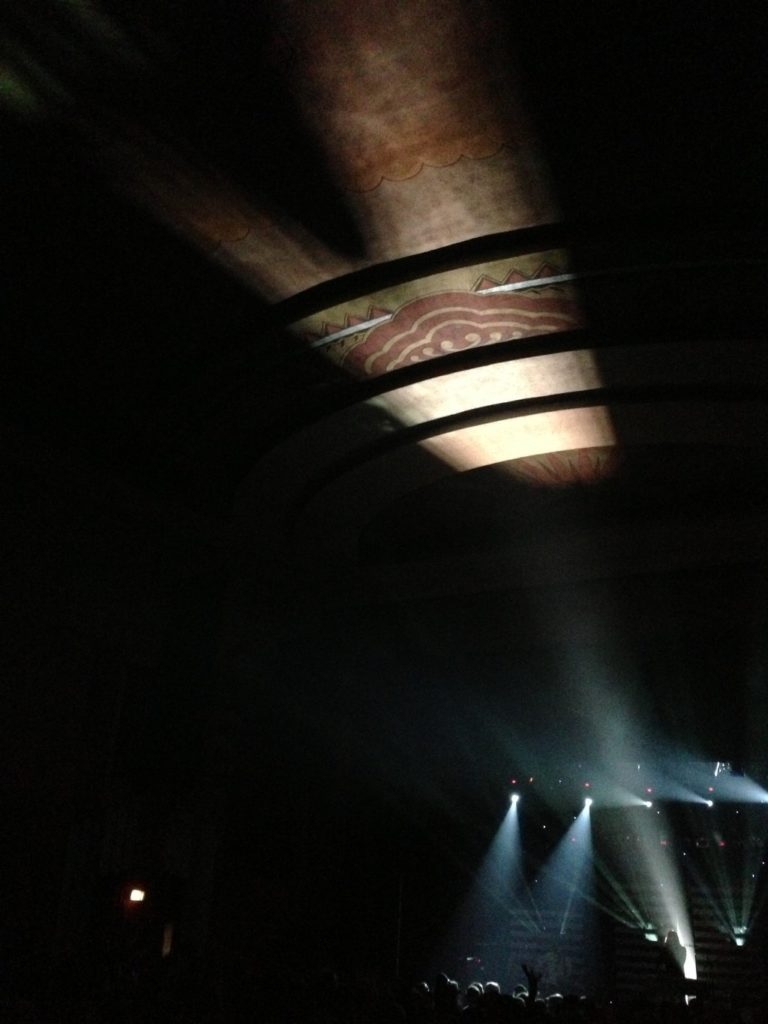 When the lights dimmed and the concert was about to start, three figures emerged in the typical cloud of smoke. But instead of stepping out from the shadows, they all remained hidden for the majority of the concert.  Although you could get an occasional glimpse of their features, for most of the performance they appeared as thin boned figures highlighted only by the neon lights. This only made it creepier when Victoria Legrand’s perfectly pitched but haunting voice soared over the crowd. It was even more impressive and majestic in real life. Her massive voice and synthy piano that sounds like a 100 hand bells playing at once were achingly beautiful and perfectly balanced by guitarist Alex Scally’s reverb and touring drummer Dan Franz’s perfect tempo. In fact, I was so impressed with Dan Franz that his performance was what we talked about most post-show. His well-timed backbeat drums cut through the long waves of echoed guitar in the best way possible making the beautiful but overpowering reverb-driven music more dynamic and exciting. But the entire band played so well the whole night, it was probably the most flawless performance I’d seen in a long time.

The crowd, a mix of twenty-something Boulderites and Denverites that looked like they came straight out of an Urban Outfitters, 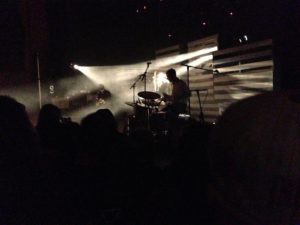 seemed really into it as well. With every chord change and song transition, they became increasingly excited, bordering on rowdy. I am sure the band can agree that a good crowd always makes everything seem a little bit better. Which I am sure is why Beach House, a band that usually stays on the circumference of the country, always finds time to venture into the interior just for Colorado. Hopefully their amazing performance and great crowd reaction will get them to come back again soon because it was a fantastic concert that I’ll be thinking about until the next time.