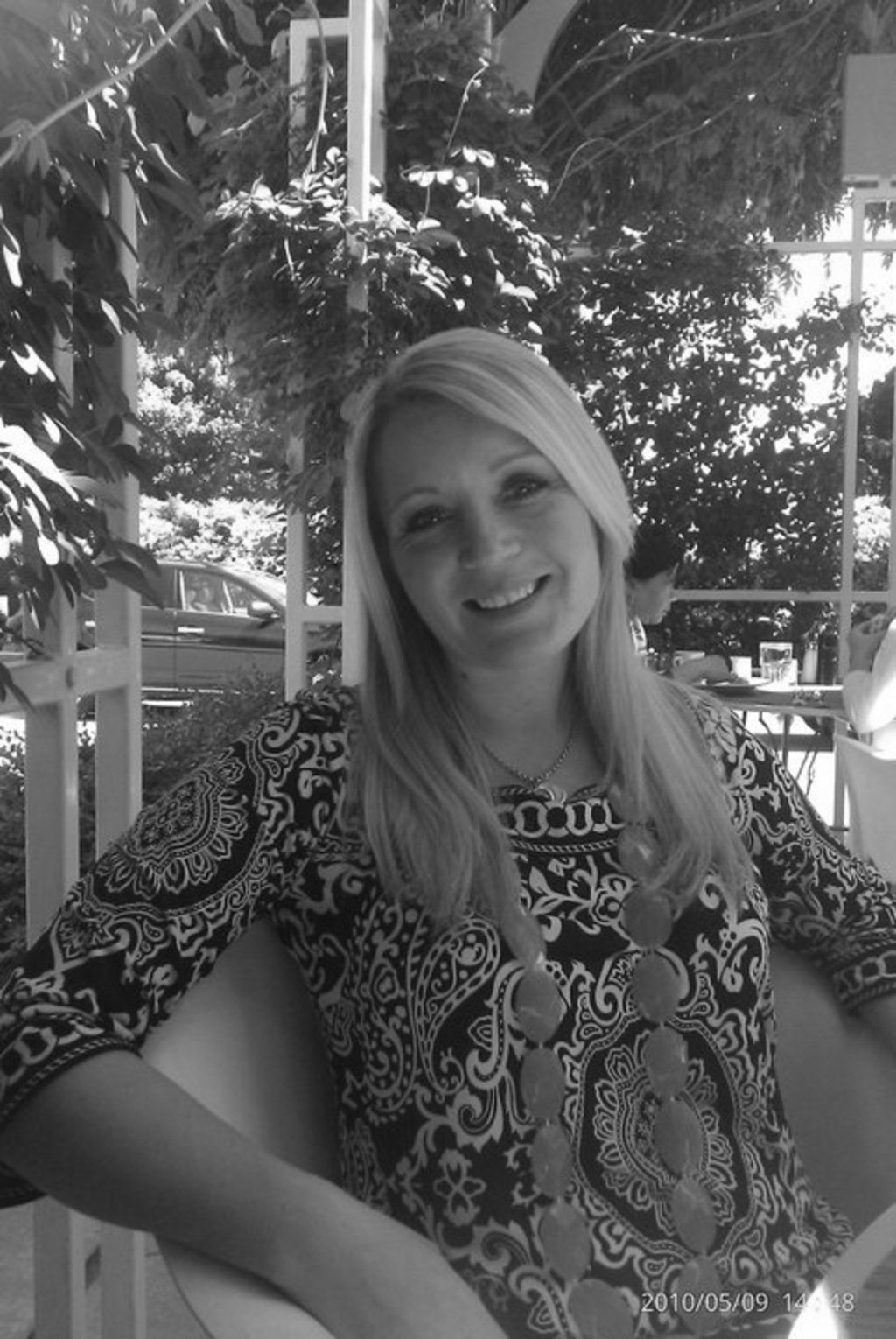 Such brutal words that no sane person should ever want to experience in their lifetime.

Almost a year and a half ago those words become part of my family’s reality when my sister-in-law, Christina Marie Maxa, died from a gunshot fired by her ex-boyfriend. A confrontation which started earlier in the day culminated with her killer firing a fatal round from a .9 mm pistol into her side.  After ending her life, he turned the handgun on himself and committed suicide. In a cruel twist of fate my 10-year old nephew discovered his mother’s body, unsure of the gruesome scene before him, and made the call to 911.

What might haunt me almost as much as listening to his call is knowing how many more victims are one argument away from becoming another name on the list of homicides committed by repeat domestic violence offenders.

Her killer had an extensive criminal record including DWI, traffic violations, and drug charges. He had four counts of assault on a female in addition to two counts of assault by strangulation. Four of those six charges assaults charges stemmed from abusing Christina. Yet he never spent any serious time in prison for his actions. The complex dynamic of domestic violence cases involves individuals at their most vulnerable position where the confines of trust and love are torn asunder. Many victims live in such agony and fear of retaliation or stigma that they rarely call police or seek shelter. As the law and legislation stands, it seems that unless victims arm themselves and fight back, there is a good chance their abusers circle back to harm them another day. The notion that victims are expected to notify the authorities of their tormentor and serve as the foundation of the prosecution in instances of domestic violence is archaic and antiquated.

How many times should a disturbed man come before the court for beating and tormenting a woman before they are deemed too dangerous for society? What is the proper number of charges? Does a firearm need to be involved? Does the victim need to be raped or require medical attention?

Christina’s murder is no isolated statistic. According to the NC Coalition Against Domestic Violence, there have been 50 domestic violence murders in North Carolina in 2012. Because of a failure of the courts and the current expectation that victims need to be the cornerstone of a successful prosecution, our beloved Christina is gone. Enough is enough. We the people must demand the murders stop. Action must be taken before any other domestic violence victims die by the hands of their abusers and a negligent judicial system.

After the murder and funeral, the task of cleaning out Christina’s home in Greensboro, North Carolina fell to my wife and me. I tried to picture the worst case scenario of what we were about to encounter, but the macabre reality was beyond my mind’s eye. Even more difficult than seeing the spent shell casings, the bullet holes, and the exposed concrete beneath ripped-up floor boards was our conversations with neighbors.

They told us they suspected something was amiss. They heard frequent loud arguments. Someone called police after hearing a gunshot around New Year’s. After her death, we received letters from neighbors saying they wished they had done something more.

And so do we because we knew nothing was amiss.

It is not easy to intervene with domestic violence. But what is the alternative for apathy or complacency? Too often it is death. Perhaps it is only after someone you love gets murdered that you realize our tendency to mind our own business or turn away from the ugliness can be fatal.

Our communities need a new model with evidence-based domestic violence prosecutions rather than relying on testimony from the abused. A new model where paper orders are no longer expected to keep violent offenders away. A new model where substance abuse, poverty, and psychological disorders are addressed along with criminal charges. Until such changes occur and as long as the judicial system continues to place the onus on victims, more mothers, children, and friends will die.

Five months after Christina’s death, my family participated in a domestic violence “Speak Out” in High Point, North Carolina. We met members of the High Point Police Department who agreed we need a new model for preventing domestic violence homicides.

According to Marty Sumner, Chief of High Point Police Department, domestic violence calls are their number one service call. High Point answers five thousand of those calls per year. “Since 2004 there have been 16 domestic related homicides in High Point, including three cases of murder/suicide where the suspect killed his partner and then turned the gun on himself,” Sumner reported.

High Point Police Department reviewed past cases and concluded they needed to do more to prevent abuse and murders. They agreed traditional approaches that encouraged victims to try to prevent or avoid the abuse were ineffective. Not enough was being done to prevent the abusers from returning to assault their victims. With 10 years of data, the High Point PD came to the conclusion that:

With their study revealing just how likely domestic violence abusers were to keep cycling through the system, the High Point Police Department developed their new model for limiting abuse and preventing homicides.

Sumner said, “Since these offenders have rich criminal histories and are known to the criminal justice system they can be identified based on past behavior. Once selected to an ‘A’ list the most violent can be targeted for prosecution and used as examples to the ‘B’ list (those targeted for intervention). During a face-to-face intervention/notification, police, prosecutors and community can lay out the levers that will be pulled for future acts of domestic violence. Intense tracking and follow through with the victims and the offenders will be necessary to measure impact.” Surprisingly, High Point is the first police department to break away from the traditional criminal justice protocol regarding domestic abusers and victims.  Just last month I received an email from the Director of Victims Services with Piedmont Family Services in Greensboro.

It seems Christina’s death and our willingness to speak out about her murder spurred the Greensboro Police Department to change their method of handling domestic violence cases as well. They assigned a special task force to keep a closer tab on abusers and prosecute those flagged as most dangerous.  The recent actions taken by these police departments in Guilford County has me hopeful that we can influence the judicial system and educate law enforcement to help spread the message domestic violence will no longer be tolerated. A message that we will not sit idly by and allow elected officials and public servants to retain their positions as long as their constituents are being beaten and murdered by those who should be protecting and loving them. A message that we stand in solidarity for those who died and those we refuse to let suffer another day.

-RESOURCES-
Are you or someone you know a victim of domestic violence?