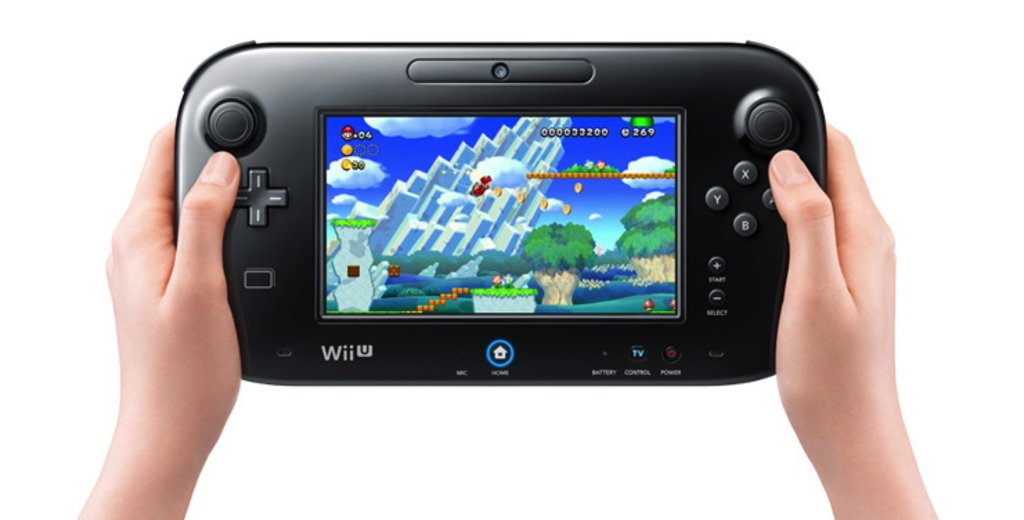 Sneak Peak: Hands On With the Nintendo Wii U 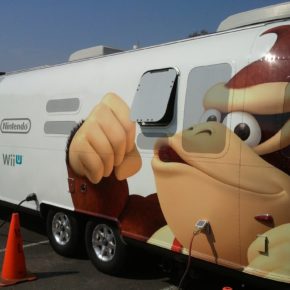 It’s been almost six years since the last video game console, the Nintendo Wii, was released in the US of A. On November 18th, Nintendo aims to make up for lost time.

303 Magazine had the amazing opportunity to hop on the Nintendo Tour bus and take a sneak peak at the Nintendo Wii U and a bevy of other treats that America’s favorite video game brand is bringing to us this winter. Here’s what we saw.

Undoubtedly the coolest feature of the new system is the Game Pad which could revolutionize console gaming. Smack dab in the middle of the controller rests a 6.2″ LCD touchscreen that can be used in unison with the regular TV screen. It’s also got a built in front camera for video chatting with friends, along with it’s own microphone and speakers. Nintendo designed the video chat feature to communicate to other Wii U gamers, but I could see them unveiling cross-platform video communication down the road.

In order to appeal to a broader audience, your Game Pad enables you to seamlessly and effortlessly control every type of media you can imagine. Sync up and control your TV, satellite and cable with it. Watch your Netflix, Tivo and Hulu Plus on it.

The Wii U is backwards compatible with all games and accessories so there’s no need to donate your old gear. Games and movies on the Wii U will have HDMI support, ushering in the crispest gaming experience possible. 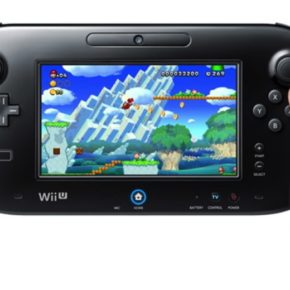 Off-TV mode let’s you enjoy certain games and movies, as well as browse the internet, while someone else is watching the TV. Pretty sick stuff. It’s like having your own new tablet, but with a game console thrown in.

We’ve grown accustomed to four player games with current offline gaming, but with the Wii U, you get 25% more action. That’s right, five player games on one console. The game pad screen can hide things from the main screen, opening up endless new possibilities.

The Wii U comes in two different bundles. The basic set comes with a white 8 GB Wii U system and one game pad for just $299. The deluxe 32 GB bundle comes in black with a game pad and includes a game: Nintendo Land, which looks to be the crown jewel of the system. The deluxe is worth every penny at just $349.

At the demo, I had the chance to play Nintendo Land and I came away both impressed and giddy. Many organizations are describing Nintendo Land as a system of mini-games, but from what I saw, they are far from being mini. Nintendo Land comes complete with 12 full fledged game experiences with multiple modes, levels and difficulties, each more unique than the next. Here’s a trailer, and a description of the ones I got to demo.

Donkey Kong Crash Course was an incredibly fun game that I can see eating up hours on end. You get to utilize all of the buttons on the game pad, as well as the systems motion sensor, to navigate through hundreds of obstacles. The object of the game is to conquer a massive and intimidating course in a fragile buggy without flipping over. The main screen shows you the daunting big picture, while the game pad zooms in on a particular area of the level.

Another single player game that put the game pad’s features on display. Flip the game pad vertically and flick your finger at the screen to toss ninja stars. Take out the bad guys and earn points for slicing combos.

The coolest game I had a chance to play. Four players use the regular Wii remotes and one lucky person is a ghost using the game pad to hunt down unsuspecting victims. The four other players are charged with tracking down the ghost, who is invisible on the main screen but can see all of the other players on his/her game pad. Your Wii remote vibrates when the ghost is near, but if you’re not quick, it’ll be too late to save yourself.

In the mold of the original Mario games we know and love, but with a futuristic flair. Play a whole new game with new maps with four of your best friends! Mario and Co. have new super powers, and the player with the game pad can create and destroy objects in the game out of thin air to help his allies. Playing this evoked memories of my NES days, except for the first time ever, Mario was in HD. It’s also the first time a Nintendo system has launched with a Super Mario Bros. game since the N64 in 1996!

Nintendo has built a reputation for memorable characters and multiplayer fun, and the Wii U takes that tradition to another level. The game pad aims to change the way we play games forever, incorporating a tablet or smartphone style controller that we’ve grown accustomed to. The Wii U is launching at a price that it took it’s competitors years to get to, and the features both new and old enable non-stop fun in hundreds of different ways. It’s been six years since we’ve seen a new Nintendo, but based on what I experienced, it’s been well worth the wait.