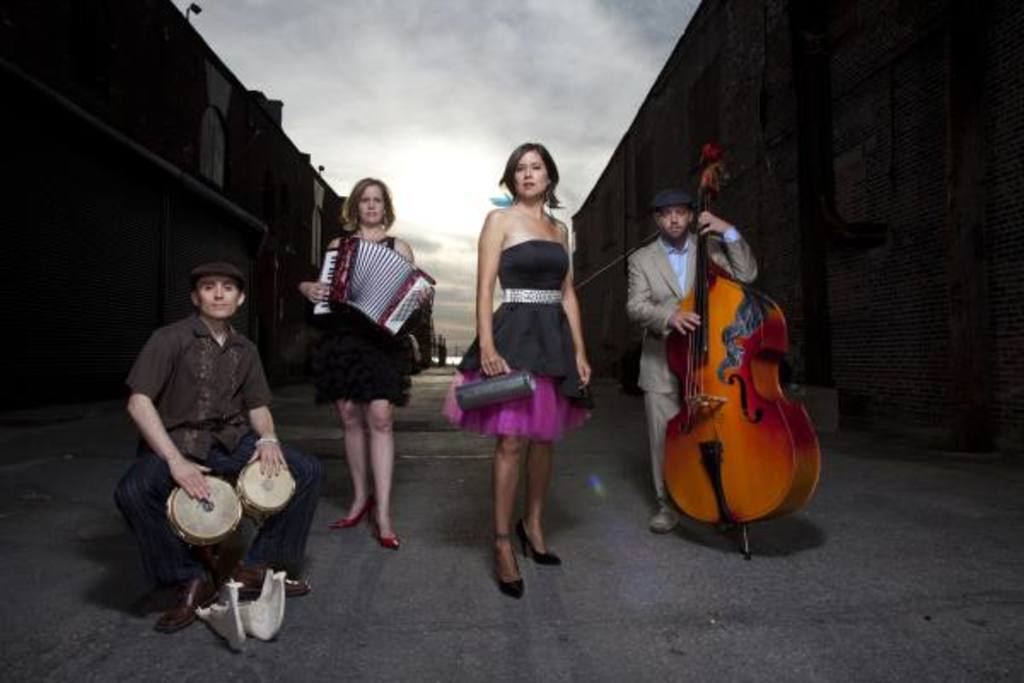 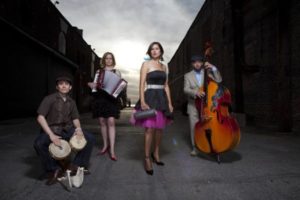 Last week, Pistolera made their debut appearance in Denver for Museo de las Americas’ annual Rojo Cancion concert and fundraiser. Their performance at Su Teatro on Friday night got the audience up and out of their chairs and down on the dance floor.

This Brooklyn-based, four-piece band conjures the traditional sounds of Spanish dance music – from cumbias to corridos – with an indie-rock twist. Combined with politically conscious lyrics full of witty emotion and a touch of social justice, Pistolera creates a dynamic sound that transcends normative culture on both sides of the border.

Lead singer and guitarist Sandra Velasquez sings about many of her own life experiences, both good and bad. She sings about joy and love and loss and pain. From tales of the borderlands to getting arrested at the airport, each song is its own journey. Maria Elena uses the accordion to emanate whimsical melodies that channel an evolved sound, like a ranchera-pop hybrid.

When pieced together, Pistolera achieves a sound that is revolutionizing the indie scene and, as Billboard put it, “doesn’t fit neatly into one genre.”

Still, they were eagerly awaited and warmly welcomed by a wide-range of the Denver community.

Before the show, the band took the time to engage the youth and sat on a panel with local artists, including the Flobots and Molina Speaks. After the show, the band stuck around for autographs and to promote their latest album, El Desierto y La Ciudad (The Desert and the City).

Produced by Grammy-winner Charlie Dos Santos, the band released their debut album, Siempre Hay Salida (There’s Always a Way Out), in 2006. Since then, they have gained national attention and toured in six different countries.

If you didn’t catch Pistolera’s show last Friday, you’re in luck: they’re just as good in a more intimate and acoustic setting as they are live; like in their NPR Tiny Desk Concert. Give them a listen.