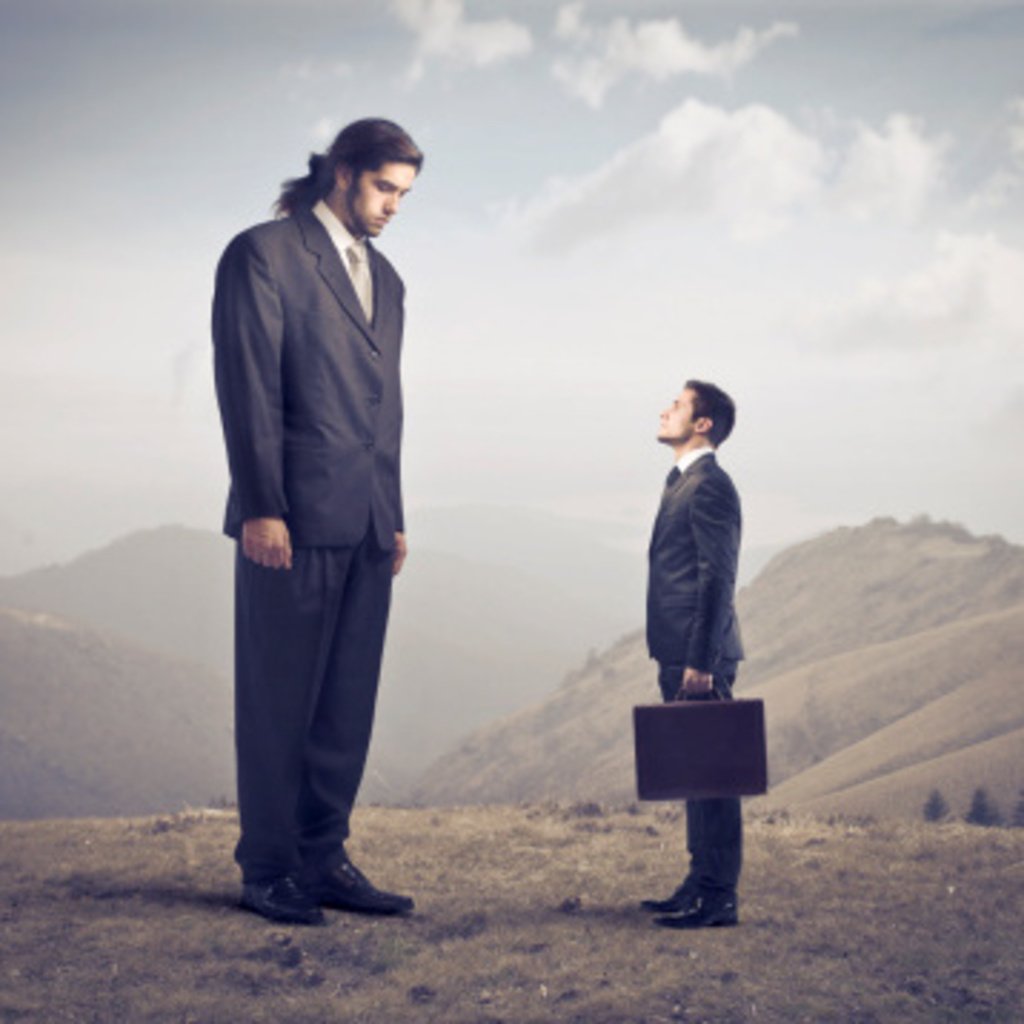 As a sexuality and relationship coach, I get this question from men a lot. When I reply with ‘yes, it does’, men are either shattered or react like they just scored the winning touchdown at the Super Bowl. They are assuming that what I mean is that ‘bigger is better’. Why are so many men obsessed with the size of their penis?

Why are so many men obsessed with size?

I had a conversation recently with Rion Evans, a comedian from Atlanta, who emceed the Guy Torry show at the Denver Improv this weekend, about this topic. The conversation began because I wanted to know if comedians get laid more just because they’re funny. Rion told me that yes, it’s true, funny is sexy to women. He also thinks that the power and confidence someone exudes by being onstage and working a room is an aphrodisiac for most women. In fact he told me that he frequently turns women down who proposition him because dealing with the aftermath isn’t pretty and he’s really not into one night stands.

I was already thinking about writing this article on size, and I figured who could be more approachable and real about this topic than a professional comedian? When I asked Rion why men were so concerned about penis size, he told me that he believes that men who are comfortable with the size of their penis are more confident in general. Of course, we all know that confidence combined with ego can turn into arrogance, which can, in the end, make a man a bigger dick than the one in his pants. Rion compared men’s obsession with their penis to women’s obsession with their looks.  “Every woman wants to hear that she’s pretty”, he says, “and every man wants to hear that his penis is the best his woman has ever had.”

Does the guy with the largest package have a better time at the party?

But the question still remains, is size really the issue? And is bigger really better? I did a little research on this and found some very interesting statistics on the internet. There is actually a ‘size preference chart’ that was published a few years ago indicating women’s preferred penis size by length and girth. According to this chart, the ideal size falls between 7 and 8 ¼ inches in length and somewhere between 6 and 6 ¾ inches in girth. But before you go to your favorite internet porn site and get out a tape measure guys, you should also know this: anything within the range of about 5 to 11 inches in length and within about 4 ½ to 7 ½ inches in girth was still deemed enjoyable. In addition, you should know that the typical length of a woman’s vagina prior to sexual arousal is about 3 inches.  Keep in mind that the vagina was designed to allow the passage of something the size of a watermelon during childbirth and therefore has the elastic qualities of a comic book superhero.  That, along with its ability to contract, makes it a very adaptable receptor during intercourse. Most women surveyed will agree that girth is more important than length and that may be due to the fact that most nerve endings in the vagina are nearest the opening.

If you are a guy who is still wondering if your penis is adequate, there is a TargetMap online that shows average penis size by country, although it only focuses on length. How they gathered these statistics is beyond me, but it actually backs up some of the popular beliefs about penis size being relative to race and nationality. It seems these popular beliefs are factual however, because the relativity of penis size to ethnicity has also been charted as the result of a study done by the British Medical Journal on this topic. Regardless, I think all of this data will make most men feel better about their size. And if you’re still not relieved, keep in mind that most women aren’t pulling out a tape measure to size up your erect member in the heat of passion, nor are they able to determine the size just by looking at it. The most important thing to your woman is whether or not the sex is pleasurable, and that has much more to do with technique than the size of the tool. In fact, there is such a thing as ‘too big’. 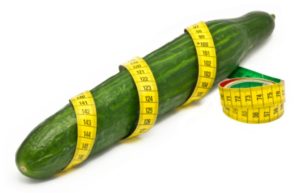 When was the last time your woman brought a tape measure to bed?

Since I realize most men never see another erect penis except for in adult videos, this is also worth noting.  If you are a dude who has snuck a glimpse in the locker room to determine if you measure up, keep in mind that the size of a penis just ‘hanging loose’ has nothing to do with the size of a penis standing at attention. I have seen the tiniest ‘little boy’ penis turn into a monster and a relaxed monster increase in size only ever-so-slightly when erect.  Also, contrary to popular belief, you cannot judge the size of a man’s penis by his shoe or glove size. And just because a guy is tall or stocky does not mean he’ll be packing a 44 Magnum anymore than a small, skinny guy will necessarily be equipped with nothing more than a pocket pistol.

You cannot judge penis size by a man’s hands and feet.

Even though most women want to hear that they are pretty, as comedian Rion Evans pointed out, the important thing is that they feel pretty. When a woman feels confident she is more likely to attract men.  Similarly, if a man exudes confidence without arrogance, he becomes more attractive to women. Since women do not have x-ray vision, remember that a warm personality, well-endowed wit, and a great big smile are going to mean much more than the size of your penis in the initial stages of getting her attention. And once you’ve got it and the rubber meets the road, so to speak, remember that knowledge is power. Knowing the anatomy of a woman, how to seduce her and please her, will keep you lingering in her memory much longer than the size of your weapon will. Take a tip from Rion’s experience as a successful comedian. Qualities like confidence, wit, and charm are chick magnets. Focus on the elements of sex and romance that you do have control over. Remember all those positive traits that attracted her in the first place and take them to the bedroom with you, and she just might think of you as her very own porn star.