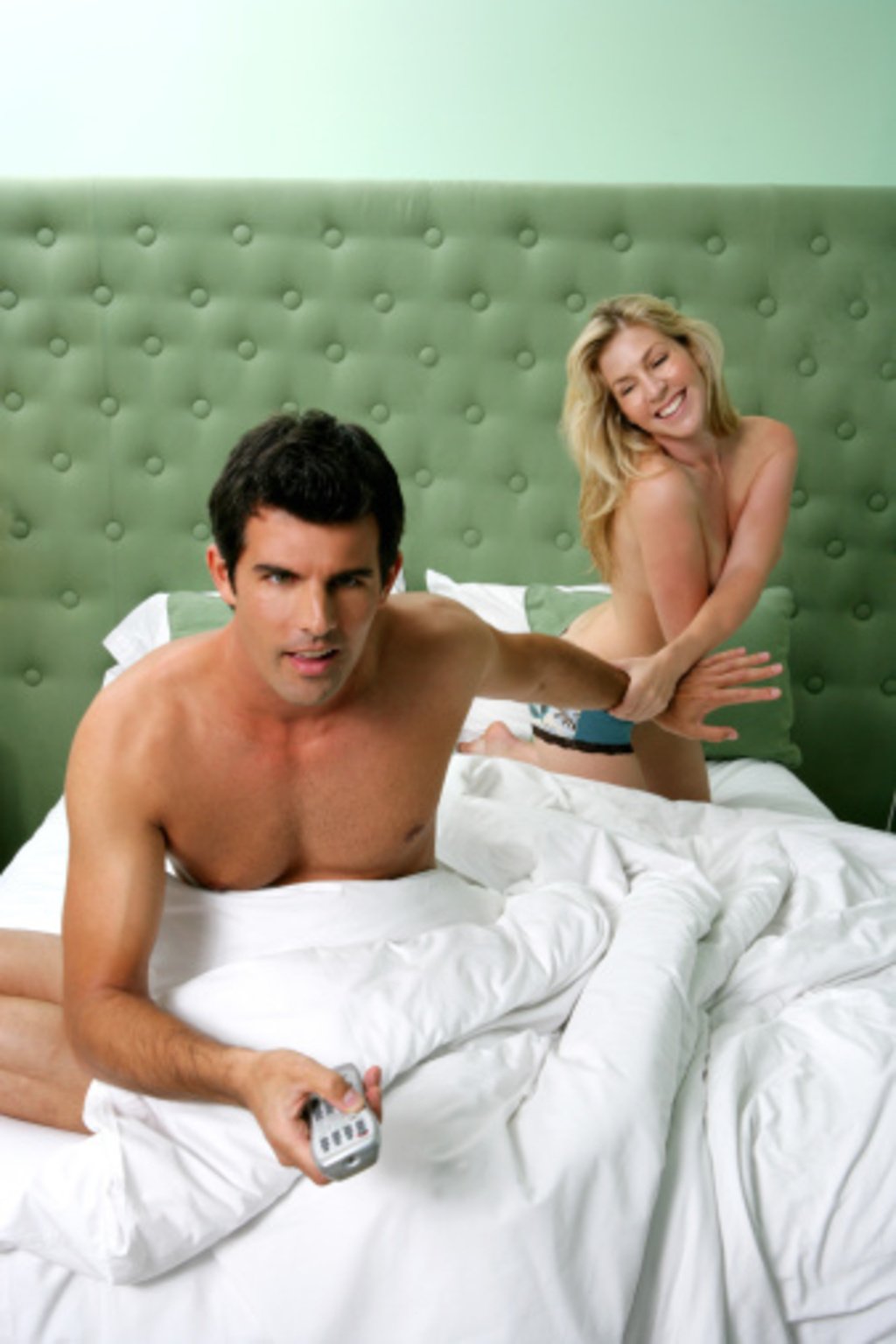 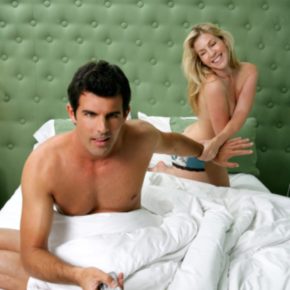 It’s only natural for the romance to fizzle out a bit post-honeymoon phase—six months in and dim, candlelit restaurants give way to microwaveable dinners at home, movie theaters lose revenue to Redbox flicks, and sex becomes an every-other-day fiasco, then turns into an every-few-days event, and, eventually, averages out to three or so times a week. And, let’s be real, the frequency is generally ruled by the woman. While the guy seems to get it up regardless of his state of mind or state of body, we ladies are ruled by our emotions, so a bad day at work, a fight with a parent, or simply a feeling of exhaustion, can turn down our burning desire into a barely-flickering flame. So, what does it mean when the tables get turned and the man decides he needs a night off?

It’s hard not to take it personally, especially when you’re used to running the show. Plus, it’s tough to come to terms with the fact that he isn’t in the mood, especially when he wakes up with wood, gets it up multiple times a day—every day—and seems to go to bed in the same state. But, if we can get away with turning them down more often than letting them in (literally speaking), they are allowed a pass every now and again, are they not? Now, if the passing starts occurring more frequently than the taking, don’t buy the “it’s not you, it’s me” story. It’s you. Or, rather, it’s him not being interested in you. Trust that instinct, and your sense of smell—that perfume scent he “must have caught a whiff of in the elevator” wouldn’t stick to his clothes hours later and wouldn’t affect his

desire (or lack thereof) for you.

Having said that, give him some credit. Although his physical state most often wins over any other aspect of his persona, sometimes long hours, hunger pains and your love for Keeping Up with the Kardashians upon his return home may all add to his desire to escape into male mode. Give him a break: cook him a nice meal and finish watching the episode solo, while he tends to his own needs (a drink and a Kardashian-free evening, for starters). Although all our internal instincts may scream in confusion and uncertainty, all he needs to know is your desire for him is there—he will make sure to make up for the sexless night by attacking you the next day, so just hold your horses and let him keep it in his pants, just this once.