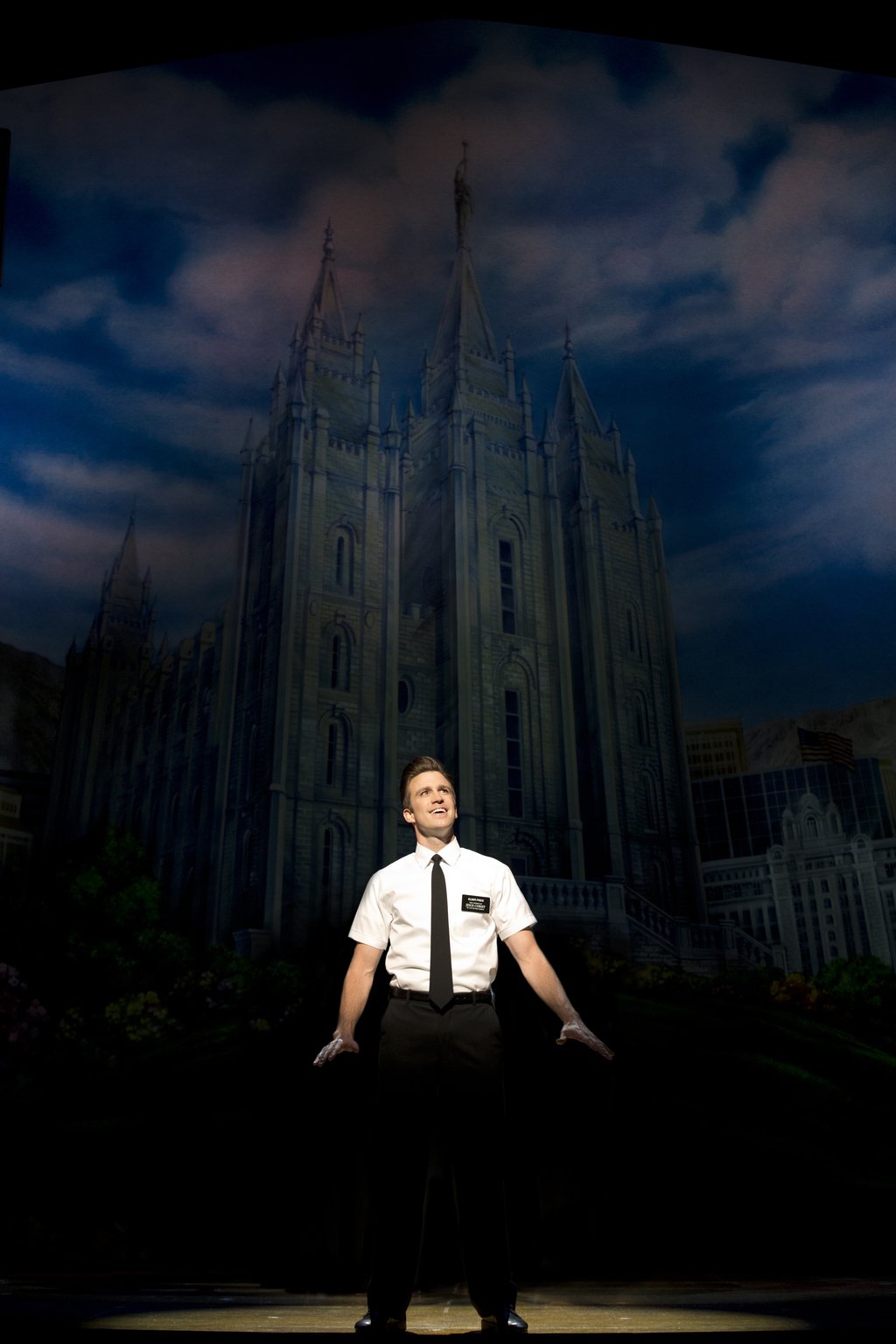 When South Park creators Trey Parker and Matt Stone get together to make a joke, nobody is off-limits. The duo have made jokes about nearly everyone. It’s almost an honor to be on the receiving end of their spoofs and impressions. So when the two announced they were taking their shot at Broadway, fans and followers knew it would end in hilarity, then it was announced that the topic was Mormons and the possibilities seemed endless. Together with composer Robert Lopez (Avenue Q), the three set forth to create an unforgettable musical. Fast forward to sold out Broadway shows, patrons begging for standing room only, 9 Tony Awards, and national tour stop sold out in under an hour…we now have (insert awesome harmony) The Book of Mormon. 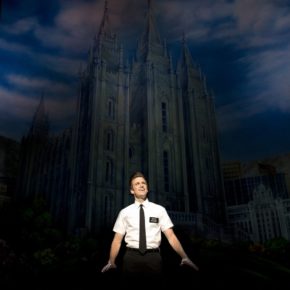 The plot centers around a pair of Salt Lake City teenage missionaries who, much to their dismay are sent to Uganda to convert the AIDS and poverty plagued locals to Mormonism. Their only tool is a slim volume — the gospel of the American Moses, Joseph Smith. Passages from the Book are revealed to the audience slowly, each relevation nuttier than the last. Those who walked in with only a sketchy understanding of Mormonism will exit the theater more convinced of its absurdity. Gavin Creel and Jared Gertner play missionary partners Elder Price and Elder Cunningham with comedic genius. The two are convincing in their portrayal, quickly realizing that Uganda is nothing like, The Lion King or Mrs. Brown’s portrayal during their departure. Most importantly at least for Creel’s character is Uganda is nothing like his dream of Orlando. Their faith is immediately tested by warlords, disease and violence.

For those looking to see the typical Broadway production, this is not that production. The Book of Mormon, is far from the average Broadway musical. Sure it has an uplifting ending that somehow manages to bring everyone back together and looking to the horizon for a promising future but the journey there is not what you’d expect.  A big Act I number has a dozen Ugandans pointing their middle fingers to heaven, singing, “Fuck you, God.” It’s originally compared to “Hakuna Matata” by Gertner’s character but quickly dismissed. Without giving too much away, the plot includes raping babies to cure aids, sexing up frogs, a tap number filled with homosexual flair, and a glimpse into what could be Mormon Hell with dancing demons, coffee cups, gays, and Johnny Cochran. 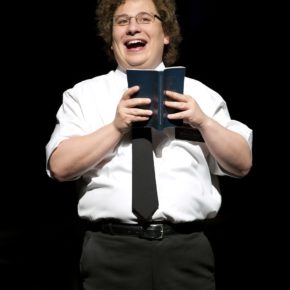 Besides some very minor details – like how one is assigned his or her mission call – Parker and Stone did their research and managed to capture the culture, terminology and idiosyncrasies. Sure, they tell the history of the Mormon church in a slightly outlandish way but it’s true. If some of the content seems rather hilarious, they can always respond with, “but it’s true.”

The Book of Mormon is certainly not for children, but if you can manage to obtain a ticket you…DO IT.

Now the only question that remains is, did the dynamic duo welcome their wonderful cast to Denver with a trip to Casa Bonita or did they splurge for a more upscale dinner?

The Book of Mormon 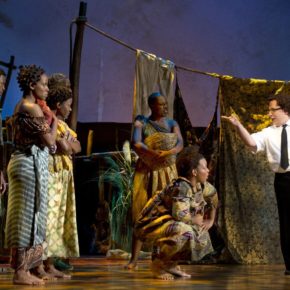