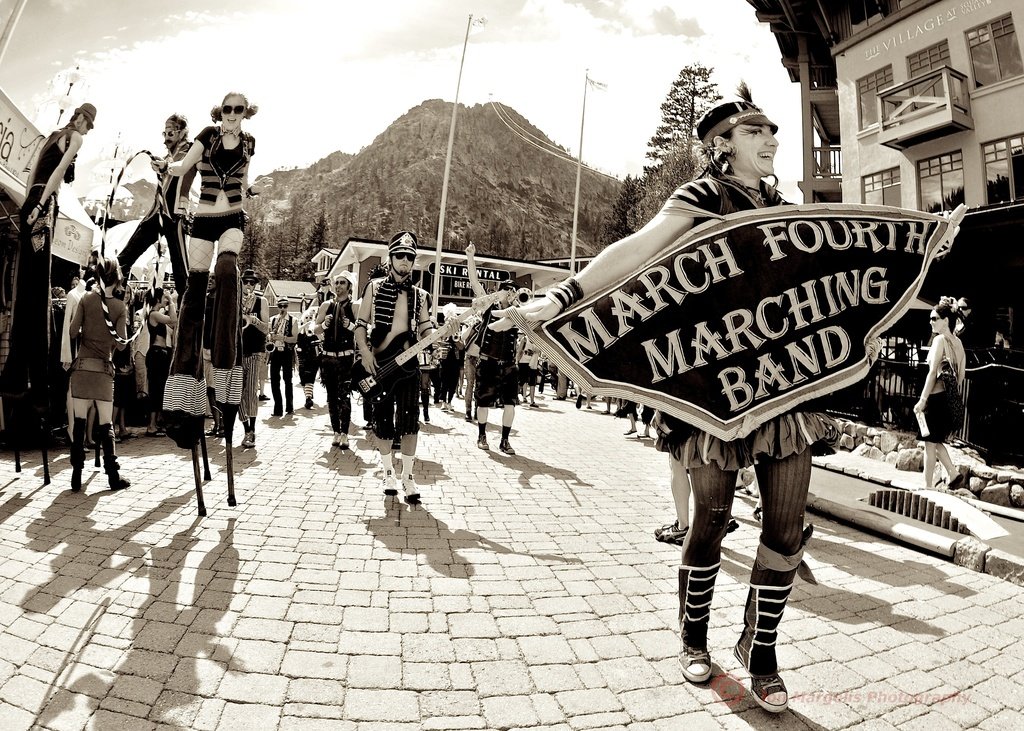 Meet Me at the Jubilee: MarchFourth in August 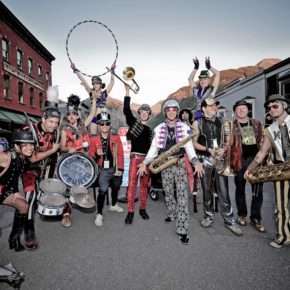 Their website describes them as “A Date, A Command, A Band.” While these definitions are all fine and true, what they modestly don’t tell you is that they’re a stationary parade, an explosion of energy, a one-ring circus, a jolly good time. From brass to stilts to homemade costumes and exaggerated choreography, their ruffled bottoms and shiny buttons convey a nostalgic big top aura with a twist of kink. You may have seen them play a free show in Frisco during July 4th in front of what was, perhaps, their most civilized audience yet. However, just before the show started I caught a crew of striped and bedazzled individuals lurking around a massive tour bus that had bottomed out attempting to park near a sign that read “Band Parking Only.” An unintentional photo-op if I’ve ever seen one. Certainly, they didn’t escape the Rocky Mountains without at least a minor incident- they’re just not that kind of band.

When they played Avon’s Agave a few winters ago, during the set break a few of the band members announced in the mic that they needed a place to crash for the night before heading down the hill for their front range shows- all thirty or so band members plus a forty-foot tour bus. I quickly volunteered my tiny Keystone home that I shared with three other girls. The resulting slumber party involved bodies camped out across my entire living room and into the kitchen, much to my roommate’s dismay when she had to shimmy through to grab her pre-work coffee at 7am. The neighbors also weren’t so amused by the street blockage that the bus caused, but when given the opportunity to help out some fellow vagabonds, how could I say no? One of the members left his toiletry case at my house and I ended up rendezvousing with the crew in Denver later that weekend to return it and we went wig shopping together. Typical. 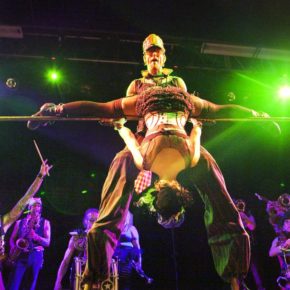