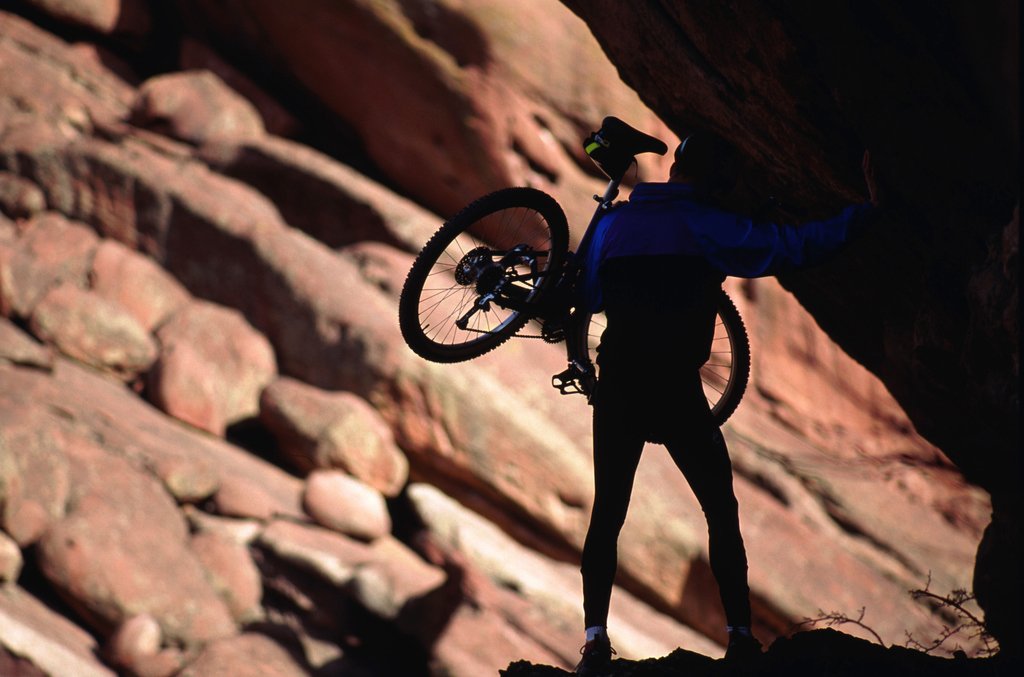 You feel it in every inch of your body, from the skin between your thumb and index finger to the vertebra in your spinal cord to the soles of your feet. You feel it — but, you don’t think about it. You can’t think about it. There’s only 500 meters left of this uphill climb; cadence and form dominate your mind’s focus. Each push of the pedal sends painful pangs through your thighs, just… a…. few… more… feet. And, with one final exertion shredding your quads,  you’ve reached the top. Euphoria sets in as your legs spasm uncontrollably from their release.

This is cycling, for me, anyway. I am still a novice road biker, and perhaps more seasoned cyclists may have the luxury of avoiding leg spasms and joint pain after years of practice in the sport; but, I think any biker, regardless of skill and experience, can relate to that overwhelming sense of accomplishment after conquering a tough hill. And, as a feeling that’s unlike any other I’ve experienced in sports, I can honestly say I’m a better athlete for it.

Growing up, cycling was never a part of my extracurricular repertoire. Skiing? Yes. Hiking? Absolutely? A plethora of other sporting and recreational activity? You name it, I tried it. Cycling, however, eluded me until I moved to Colorado. As I crossed the state line from Wyoming into Colorado, however, I gazed at my first visual impression of this state: a group of colorfully-clad men, biking together. In a way, cycling defined what it meant to be a Coloradoan — an active, healthy lifestyle combined with a sadistic desire for increasing physical challenges.

In light of this sentiment, I decree August as 303 Magazine Health and Sports’ Cycling month. And, for good reason. Boulder-native Taylor Phinney wrapped up his Olympic road-racing debut, finishing fourth in the road race and time trial. Though disappointed in just missing a medal, he’s looking to Rio for a gold to add to his families Olympic medal collection. Earlier this year, another Boulder-native, Timmy Duggan, claimed the National Championship, and he too made an appearance in the London Olympics.

Aside from breeding Olympic athletes in cycling, Colorado also claims home to some of America’s toughest cycling challenges. The USA Pro Challenge kicks off on August 20th and winds through twelve Colorado host cities, culminating in Denver on August 26th. Look for303’s Jodilyn as she gets an exclusive interview with Dr. San Millan, a Pro-Challenge trainer.

While no professional, Denver-based cycling-novice Kennedy Donnelly conquers her own challenges as she rides across America to raise money for Pencils of Promise. As of August 5th, Kennedy and her Teen Treks crew were traversing Canada en route to New York City. And, later this month, the fairer gender takes to the road during the Venus de Miles event on August 26th in order to raise money for Greenhouse scholars.

Also, look for articles on the top places to outfit you and your bike, a yoga-perspective on cycling, and some of Denver and Boulder’s exciting biking opportunities. Grab a cappucino with Fabio at Pastavino, hit the road for approximately 50-miles of Boulder’s best routes, and return to enjoy a handsome family-style meal. Or, if you’re less inclined to subject yourself to thigh-torture, take leisurely ride into Civic Center Park for the August 12 bike-in viewing of MontyPython and the Holy Grail.

With endless opportunities to put your feet to the pedal, allow 303‘s Health and Sports crew guide you through August’s best in cycling.