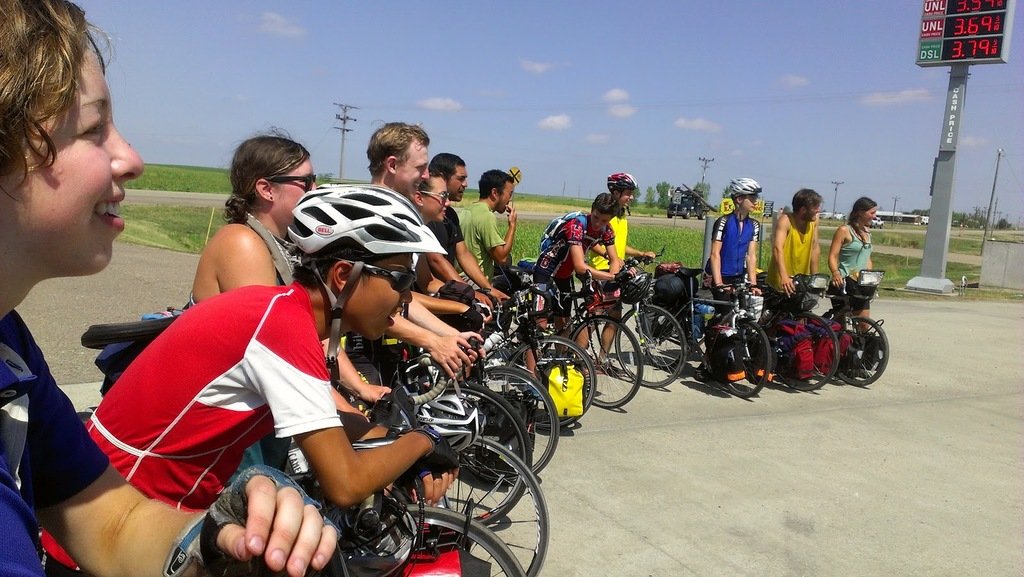 Sports That Inspire: Pedaling for Pencils and The Journey Across America

Dressed as a male, Joan of Arc led the French Army to victory during the Hundred Years’ War. In the 1960s, Twiggy redefined the face of fashion with her pixie cut and slim figure. Shortly after, Nadia Comaneci received a perfect score in gymnastics for the uneven bars in the 1976 Olympic games. Subsequently, she was named Female Athlete of the year. Aside from a fierce determination, these individuals have three things in common: they are women, they are teenagers, and they were destined to change the world. Celebrated for their undeniable tenacity, these leaders enjoy worldwide recognition for their unique ability to inspire; and, it’s just that ability that surely will secure Denver native Kennedy Donnelly’s place among them on August 15th.

Born in Colorado, this young lady exhibited a spirit of adventure from a young age. Adamant to determine her own independence, Kennedy set out for high school four states away at Culver Acadmies in Indiana. Walking the campus of her boarding school one day, Kennedy was overwhelmed with how fortunate she was to have access to state-of-the-art facilities and academice resources. It occurred to her that she was among few with this privilege. Motivated by this sentiment, Kennedy decided to use her senior project assignment as an avenue for changing youth education in the world.

And,  Kennedy accepted this challenge with vigor as she knew conquering the issue of childhood education would require no small feat. A competitive rower already, she decided to brave a new sport and embraced the foreign and rugged terrain of cycling. In order to raise money, Kennedy decided to bike across the United States.

“The founder asked a child, ‘What do you want most in the world?’ The child’s response was, ‘A pencil.'”

While traveling the world, Adam Braun could not help but notice how little access many of those encountered had to an effective, real education. Inspired to do something about his observation, he put $25 into a bank accout and held a party to raise money to build a school in honor of his grandmother. His efforts proved so succesful that he quit his job and founded the organizationPencils of Promise.  In the last three and half years since it conception, Pencils of Promise has built 52 schools in Guatemala, Nicaragua and Laos and has served more then 4,300 students. The organization works closely with the Ministry of Education in each country to determine areas of most need and then collaborates with the specific communities to determine interest and commitment to the project. Community involvement proves vital to their mission;  therefore, the organizations requires each community to give 20% of the cost of the project, usually through materials and/or volunteer service hours.

Kennedy discovered Pencils of Promise in her search for a notable and worthy cause to which to dedicate her efforts. In her research she read how the founder asked a child, “What do you want most in the world?” The child’s response was, “A pencil.” Almost serendipitously, Kennedy found the perfect organization for which she would raise money, and thus, inspire the revolution of children’s education.

“In order to achieve all 3,880 miles, I will ride 50 to 100 miles every day. It will take me around 55 days.  I believe it is important to have to work hard for what I want to achieve and this adventure will be extremely challenging.”  – Kennedy Donnelly 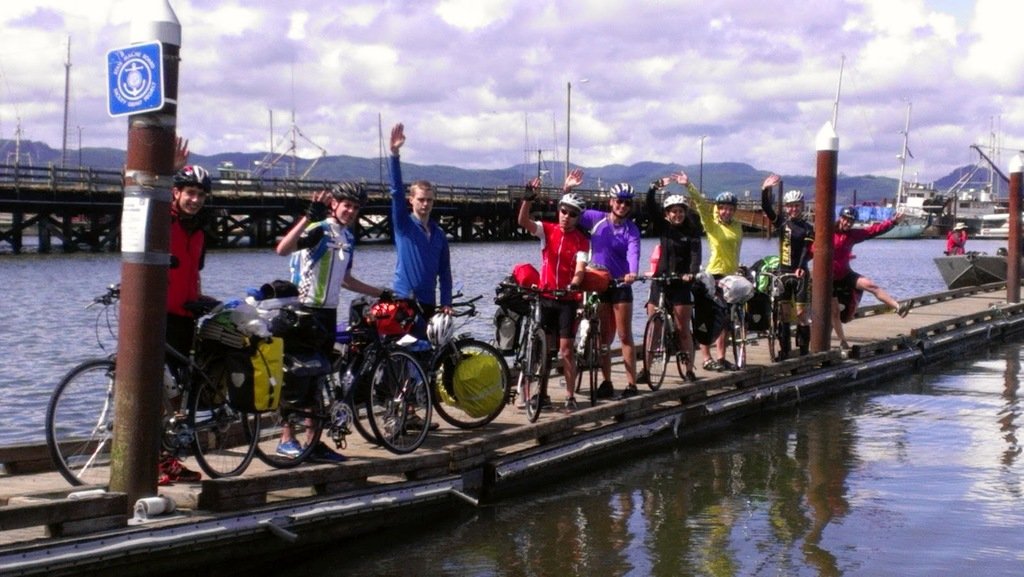 The mission to bike across America would serve as Kennedy’s first introduction to cycling, therefore, she had to train — and train hard — for this adventure. She began in Indiana by spending two to three hours per day on a stationary bike, adjusting her body to the feeling of pedaling for longer lengths of time. Upon her return to Denver, practiced at high altitude with friends, riding Lookout Mountain paths, Bear Creek trails, and Platte River pathways.Wheat Ridge Cyclery (www.RideWRC.com) offered invaluable help, outfitting her and her bike for the long journey. She rides a Specialized hybrid – 1/2 road bike, ½ mountain bike. On her trek, she carries only three panniers, two pairs of shorts, three shirts, five pairs of socks, and three pairs of underwear. In order to wash these items, she employs what her father has termed the “Two-Dip Method” – essentially, dipping them once in soap, once in water, and rinsing.

The bike across America embarked almost six weeks ago Saturday June 23 from Seaside, OR. In the beginning, Kennedy, six other teens, and two leaders from Teen Treks (www.TeenTreks.com) biked 30-70 miles per day through Oregon, Idaho, Montana, Wyoming, South Dakota, Minnesota, and Illionois. According to the group’s last blog post on July 28th, the cycling crew had reached Chicago and celebrated their 35th  day of their 55-day trek  in the Windy City. The terrains flattened, their cadences mastered, and their bond solidified — the nine-person team (occasionally accompanied by other supportive riders) takes on 70-100 miles per day in order to reach New York City by August 15th.

“If I were doing this ride just because I needed something to do all summer, I probably would have given up by now. But the thing is, I am doing this ride because I truly believe in the cause I am supporting. I envision a world where children can become students.” – Kennedy Donnelly

As she rides across America, Kennedy will continue to raise money for Pencils of Promise in order to reach her goal of $10,000 by the end of the summer. She plans to continue this fundraising effort through her senior year until her graduation, June 3, when she hopes to have raised $25,000. Supporters of her cause donate via her blog titled Pedaling for Pencils . She also received the Barefoot Grant through her school, which she used to purchase 2,000 pencils. She sells these pencils fo $0.50 as an additional way to raise money for the organization.

To date, Kennedy has raised over $4,000. Inspired by her efforts? You can raise money as you ride yourself by downloading the Charity Miles app and working out for Pencils of Promise. Charity Miles will sponsor $0.25 per mile for running or walking, and $0.10 cents per mile that you bike. If you’re interested in supporting Kennedy and Pencils of Promise, visit her blog and follow her as she rides across America from Seaside, Oregon to New York City. Or, you may also vist her Facebook page to make a donation. Not sure how much to donate? Consider this:

The physical demands are as tough as the journey is long, but overcoming the mental challenges defines a character. Like the teenage women who came before her, Kennedy demonstrates all the tenacity and reslience necesary to change the world. 3,880 miles and $10,000 most certainly will rank her among the likes of Joan, Nadia, and Twiggy.