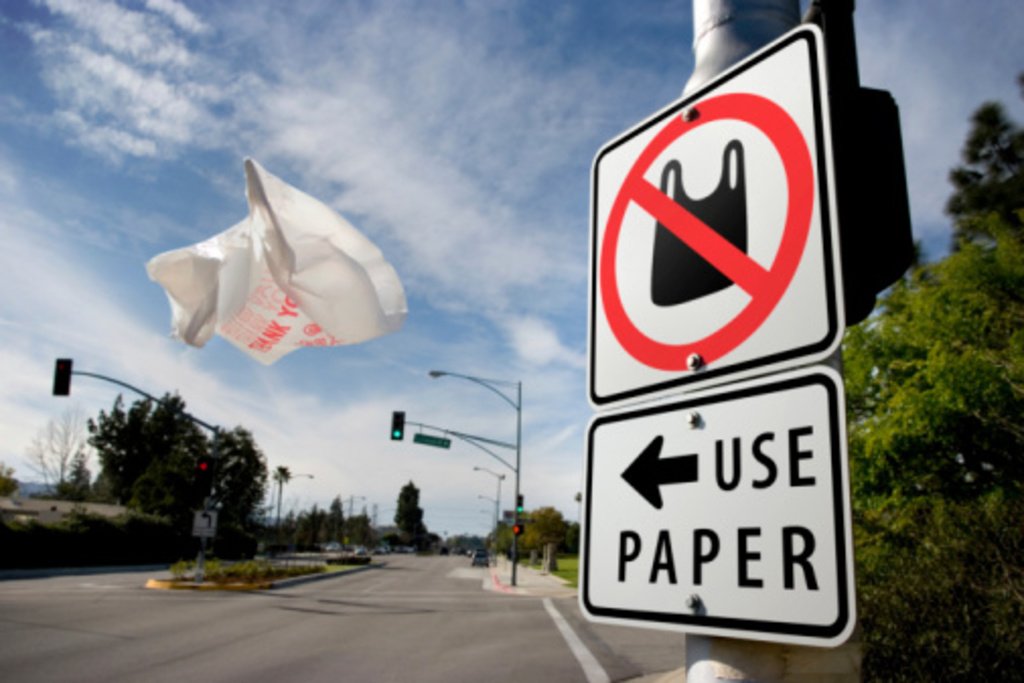 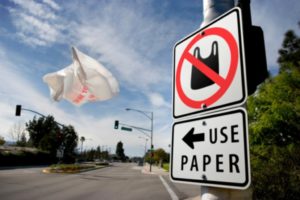 Bring Your Own Bag, that is. For those of us who consistently leave our reusable bags in the car and can’t seem to remember until the checkout line that we even brought them to begin with, (I plead the fifth) it may start affecting more than just your conscience, it could also start affecting your pocket book. Nations across Europe, as well as the US, have already placed a ban on single-use plastic bags, citing concerns of “plastic soup” in our oceans among other environmental issues.

Cities such as San Francisco, Los Angeles, Seattle, and Pasadena  have implemented the single-use plastic bag ban. The ban requires retailers, clothing and grocery stores alike, to use at least 40% post-consumer recycled paper bags and to help motivate the consumer to bring a reusable tote, a monetary fee per paper bag has been placed, ranging anywhere from 10 cents or more.  Talk has already expanded to other major cities and in fact in our own back yard. Aspen passed the ban effective May of this year, although at this point grocers are only affected with a 20 cent per bag charge. This might seem like pocket change but according to Ashley Cantrell of the Environmental Health Dept, “If just 20% of the people pay the fee, we will make just over the amount needed to fund the implementation of the new ordinance, which we’ve estimated to be $43,000.

The ban on single-use plastic bags has caused a fire storm of opinions.

Corporate entities are fighting back stating laws shouldn’t infringe on their rights or products, and that the issue arises from irresponsible littering causing environmental harm. The corporate giants also argue that plastic bags can be biodegradable, compostable, and photodegradable.  Environmentalists are reiterating the damage caused to open waterways, as well as the harm caused to animals usurped into digesting or getting tangled in the plastic contraptions and in general helping waste reduction in our landfills and overall resources.

Soon the age old adage of “would you like paper or plastic?” may be recycled along with plastic bags.  Whether you agree with the paper or plastic debate, I think we can all agree that less waste is less waste, so BYOB (bags, not booze people). You might just end up saving some green in your pockets as well.