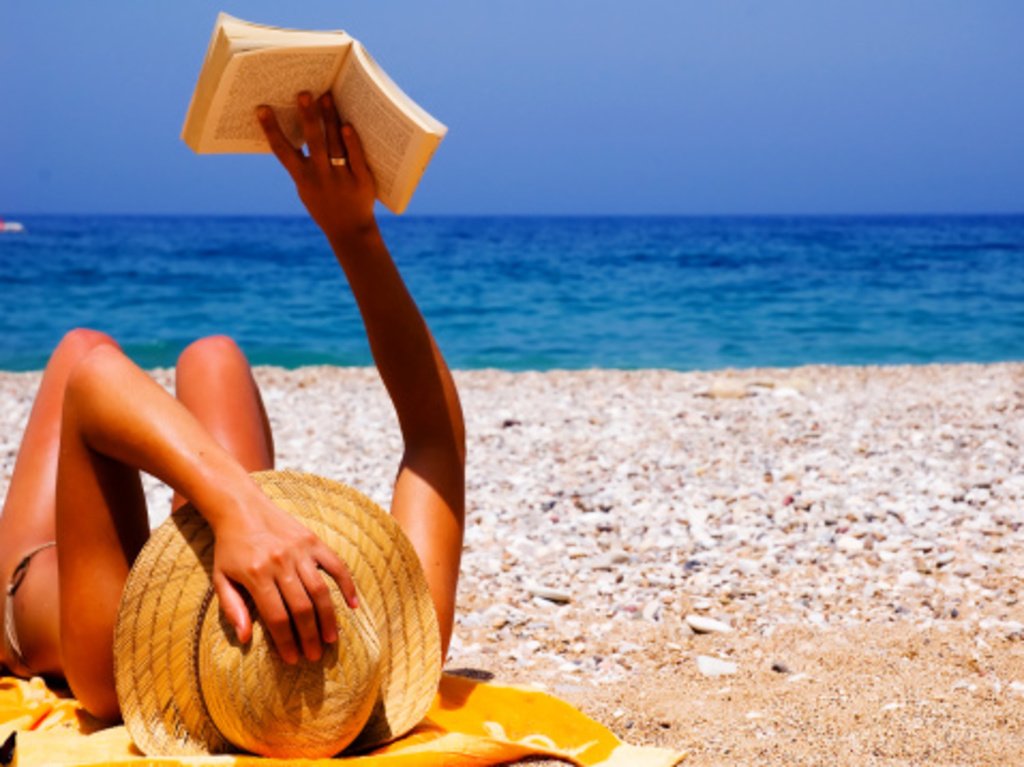 Downward Dog Style: Don’t Judge a Book by Its Cover

No Anxiety Here, Not a Drop

I had the best intentions. I really did. But then again, knowing myself the way I do, I knew just as well that I was never going to actually do it too. I was never going to stretch into one single yoga pose on the beach this week while vacationing at Outer Banks, North Carolina. I just couldn’t bring myself to break into asana beside the crashing waves.

So how did I get my yoga this week? How else? The quintessential beach read that can be devoured in mere days. I considered tons of hot titles: Fifty Shades of Grey, The Hunger Games, some trashy romance novel (the beach house that we lived in had more than one spicy-, cheese-covered paperback stashed all over the place—some fakely illustrated couple in an awkward embrace, he a titan in tattered clothes, she, a siren with the purity of a virgin), all potential choices. At my mother’s recommendation, I went with a memoir, Poser: My Life in Twenty-Three Yoga Poses, by Claire Dederer (who lived in Boulder for a few years, which made those chapters particularly sweet to read). Reading someone else’s existence through the lens of yoga is eye opening. You see yourself, your practice, your life reflected in the anecdotes. On one hand, you relate to the author, recognizing pockets of similar experience and mind shifts. On the other, you just don’t also.

In Poser, Dederer is brutally honest about her constant anxiety, though it’s like she doesn’t know the nervousness is there too—which is what shows she knows it’s there. She worries that she’s not parenting her children well, that she’s living her life wrong, she claims midway through the book she’s still not sure she’s chosen the right man as her husband, after years of marriage with him. Her consistent comparing to everyone around her, not always in a jealous way, though envy plays a significant role in Dederer’ s thoughts and observations, at times blaming family members for her own shortcomings and missteps. She’s apologetic about the anxiety and then not at all other times. Oh, the contradiction of life; it is this same contradiction that I love so much about yoga. Her honesty incites not only the desire, but the need to be honest with yourself, just like yoga does, though the frankness of it is startling and anxiety causing at the same time. I had to put the book down more than once just to squash the empathetic dread her assertions stirred in me, to breathe and cast aside the worry that her words are heaped with.

Devouring page after page, while lazily sunning on the beach, over and over I thought, wow, this woman is so full of self-doubt, panic, fear. And it was at these times that I allowed my own to creep in. But just like that, she’d alter course and write something profound, self-aware, poignant. From the Mahabharata, “Set thy heart upon thy work, but never on its rewards. Work not for reward, but never cease to do thy work.” Dederer’s translation: “You could do pigeon forever, seeking some ultimate expression of the pose, but was that really the point? Wasn’t there something to learn from the mining itself? Wasn’t that enough? In fact, wasn’t it everything? If you hoped to have perfectly free hips, you were hoping in vain. It was a horizon that you would never come to. Instead, never ceasing, do thy work.” Moments before, she’s scrutinizing her pose, describing how wrong or not good enough she is, not attaining proper form or alignment, peering in the mirror, searching for a perfectly balanced standing pose, or focusing on how her tummy has rolls rather than on the inner growth that can come when you let it. 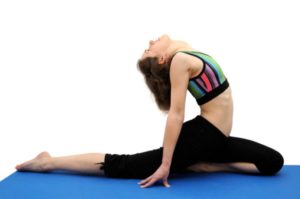 What is the Ultimate Reason for This?

There are times she judges others in her life so harshly that I could barely hang with her, wanting her so badly to snap out of it, and the next she’s saying something like being in a yoga studio allows her to be “a different person, a person who can do headstand.” Continuing, “It seemed a significant change to me. Not as big a change as getting married or having a baby, but maybe as big as seeing my byline in print for the first time. In a moment, in the kick of a heavy leg. Different.”

A simple observation about her world that she’s created. I might argue that this belief in herself to do headstand (she had decided only sentences before this announcement that she would not even attempt headstand, that is until her instructor quietly said, “Claire, you can do this. I know it.”) is as significant a change as those other things in that it is this newfound belief in herself that matters above all, it is about far more than sticking the pose and she knows it. But that’s neither here nor there. Writing the sentence/idea like that would make it mine rather than hers and that’s not what I’m going for here in mentioning this particular passage. Much like my own, Dederer’s thoughts might not be fully formed (at least at the time the book was published), but they are hers and they are true. Shame on me for judging her or for making an assessment of her entire life, having access to it only through one measly hundred-plus page book. Yet, of course that’s what I do. That’s how I take in and understand the world around me.

So there we have it, don’t we…we all do this (obviously, the enlightened, the Pema Chodrons of the world, operate on a higher plane more of the time than most—all of the time?): we all learn and then backslide, and then grow and race ahead, only to regress once again. This is the pattern of life, is it not? It surely is mine, this I know.

A special person in my life has been reading my archived blogs, remarking, “It’s amazing the struggles you’ve gone through over the last year. The pain and even sadness you’ve experienced and shared…” My response was “Yes, this is my cycle; I move into and out of it fast, though, transitioning through struggles almost as quickly as I enter them, and I think I will continue this way indefinitely.” When I sink, the bottom drops out in a hurry, yet I don’t get tossed around for too long. The period I spend there seems to be getting shorter and shorter and I find my footing more solid after, depending on the lesson to be learned, of course (have I been here before? Can I apply some prior knowledge?). I owe this undulation through good—and the speed with which I navigate the bad—to yoga. Odd to me, this special someone of mine sees my ebb and flow as something I might want to change, to not experience these waves of ups and downs, yet I don’t feel a need to suppress them just as I don’t believe it possible to avoid the highs and lows or the learning and then an eventual (possible) forgetting. I see it as a recurring path of triumph rather than one of defeat. I don’t want anyone to save me from the wake. Someone to walk alongside me, with me, support me while I’m experiencing friction as well as harmony is the scope I mustlook through. 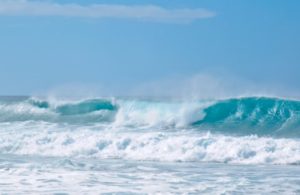 It feels like I gave my yoga muscles a break this week, much like working out different muscle groups and then allowing them to heal and grow on the days between. Except, with a little help from a beach read and the roar of the ocean beside me, my yoga brain got a bit of a workout of its own.