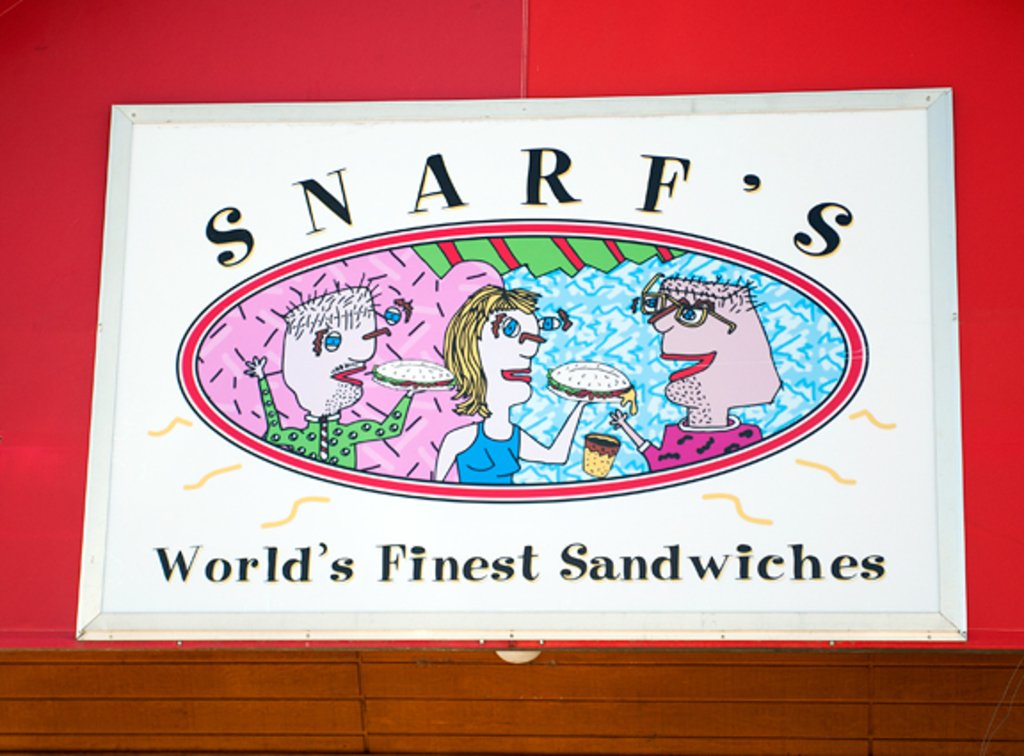 What can at once be the most simple of things and yet the most complex, something we all can make with basic ingredients or pay through the nose for gourmet preparation?
The sandwich. 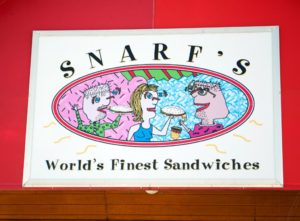 The word is instantly recognizable and can mean literally thousands of different things. Back in the 18th century, the 4th Earl of Sandwich ordered meat between two pieces of bread because he didn’t want to get his fingers greasy while playing cribbage. He might as well have discovered electricity. Take two seconds and name a more brilliant food item. Aha, you can’t do it!

From the bedrock of this ancient technology we now have the hamburger, the club, the BLT, and many more, and starting in Boulder just a few short years ago, Snarfs has taken the sandwich much further, so much more boldly than any sandwich has ever gone before.

Boulder, Denver, St. Louis, Chicago, soon Austin…Snarf’s has turned into a budding empire.  Its location on Capitol Hill, next to Whole Foods has now been joined by a new sister, right next to DU at 1729 E. Evans Ave, but unlike the smaller locations around Denver, this Snarf’s has a full bar, a huge space and amazing drink specials to go along with its signature sandwiches.

I asked the owner Jimmy Seidel what it was that makes Snarf’s so popular, what the gimmick was (he’s quite a character if you ever meet him)–he simply said great ingredients, great service–then he proceeded to set an italian sandwich and another with bacon, cheese, and some rather large hot dogs. Both were not just good, they were surprising, especially the Italian. Incredible really, and the bread was just the right mix of flavor and crusty consistency.

One of the things that makes Snarf’s so interesting is that you can pretty much get whatever kind of sandwich you’d like. Nothing’s set in stone, and all of the employees have their favorite variations, some not even on the menu, like the Philly Cheese Steak, but ask and you shall receive.

The Snarf’s mentality of fun and service translates into all of their products and atmosphere. They even have girls’ underwear with the signature slogan “when taste matters” right on the front, which was so enticing that a person at the bar asked what he could do to get a pair, the bartender jokingly said wear them, only them, and run down the street. He agreed. There are pictures. I saw them.

At this new spot on this rather famous stretch of Evans right across the street from the original Chipotle, Snarf’s has given us another example that Colorado and great ideas go pretty good together, kind of like mayonnaise, tomato, a few choice meats, all between a few slices of bread.