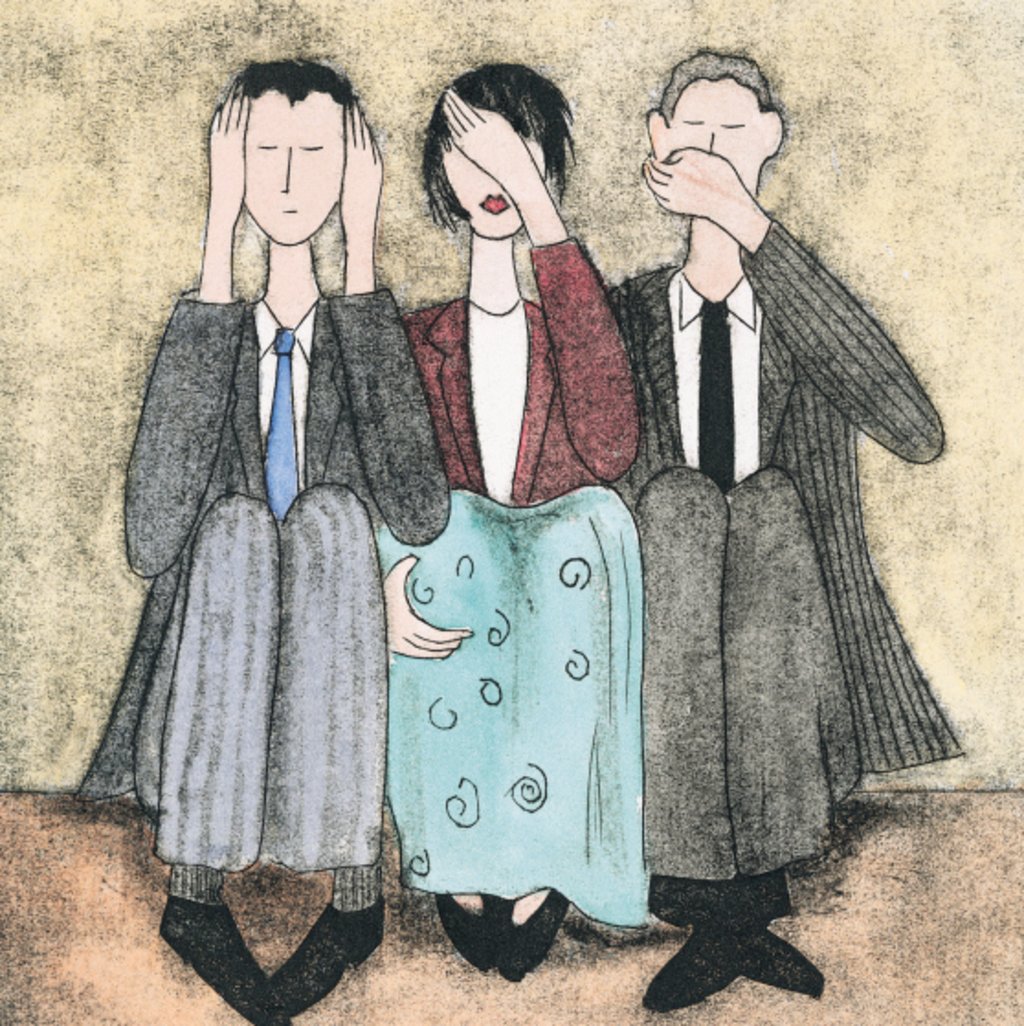 Do you feel compelled to turn the lights out before you get naked in front of your lover? Does your face turn red, when you look at naked statues, even if they are ancient famous works of art like Michelangelo’s David? Does it make you feel

I posted a blog last week about why pleasuring yourself sexually is good for you. It contained a list of all the health benefits of orgasm as well as a little tongue-in-cheek humor. For many of us, sex is a very natural and beautiful part of life. The truth is we are all sexual beings by nature. I do understand some of the squeamishness when it comes to sex. I am a recovering Catholic, after all. Eight years of parochial school, singing with the church choir, and playing the organ at church weddings in the small east coast town where I grew up, certainly provided me with a generous, unhealthy dose of guilt, shame, and modesty. But one day, I moved away, got out in the world and got a grip on reality. So seriously, in a country that is so progressive, technically evolved, and supposedly ‘oh-so-free’, why are we still so damned uptight when it comes to something that even those with staunch religious convictions could call ‘a gift from God’?

My article last week included an artistic photo of a woman. Rather than describe it to you, I think you should go to the article and see for yourself – if you think you can bear it. There was no T & A or a little kitty peaking out in this photo. It was a suggestive photo, granted, that worked well with my topic. If you had the chance to read any of the 303 Facebook followers’ comments before the ‘decency police’ at FB pulled the post, you would have seen that most of them found the photo to be tasteful and artistic. There were, however, one or two people who were outraged by the photo and the subject, commenting that it was lewd and ‘classless’.  Apparently it bugged somebody enough that they thought it important to report it to Facebook, and FB removed all of the posts. Now I could go on about freedom of artistic expression, freedom of speech, etc., but I’ve had my own run-ins with FB censorship in the past, so quite frankly, I was not all that surprised. About six months ago, I took the time to post an ad for my other business, Cougar Limo Service. I used the photo of myself in front of the car that you can see on my website. The ad was approved, and then within hours taken down with no further explanation to me other than ‘it was not appropriate for their site’. Interestingly enough, ever since then, I seem to be inundated with a competitors’ limo ad on FB with a picture of some grinning idiot (male, of course), which, quite frankly, I find a bit creepy and offensive enough that I would not want this goofball driving me anywhere.

But what I don’t get, is why people who are not comfortable with the subject matter can become so obsessed with it that they feel a need to decide for the rest of us what is appropriate. Personally, I find that to be not only ‘classless’, but rude, inconsiderate, and just plain offensive. After all, I’m not forcing anyone to read my material. If the subject matter isn’t for you, then go back to your Bible or The Wall Street Journal. I’m not offended by your choices or opinions, so why are you so disturbed by mine? It reminds me of the time that a FB ‘friend’ asked me to remove my profile picture of my legs in fishnet stockings, because someone asked him about it at church on Sunday and he deemed it ‘offensive’.  Uh, why didn’t he just ‘un-friend’ me so that little ½” by ½” avatar didn’t show up on his page? Apparently this guy’s fellow parishioner found the photo of my legs (half covered by boots) to be so disturbing that he couldn’t get it out of his head throughout the entire service until he could bring it up at the church social hour afterwards. Wow, really? Why was the dude thinking about my legs in church anyway? Was he making some odd connection between Jesus, fisherman, and my fishnets? And am I really responsible for that? That is some kind of power we women have, isn’t it? Anyway, I found the entire incident so ludicrous that I was inspired to write a blog post about it called, “If My Sexy Photos Offend You, Why Are You Looking At Them?”

I have traveled all over the world and spoken with people from many different cultures and socio-economic backgrounds, with different religious beliefs, mostly about sex and religion. It was this experience that changed my life forever and opened my mind. I have come to the conclusion that, as Americans, we are simultaneously the most sexually obsessed and sexually repressed individuals in the free world.  So here we are, living in a country that was founded on the principles of freedom – freedom of speech, freedom from government oppression, freedom to believe what we choose, and openly practice and express those beliefs, unless of course any of that has anything to do with sex.

Seriously, without sex we wouldn’t be here.  If people didn’t have sex, the human race would cease to exist. Everyone is doing it. Ironically, even those who aren’t supposed to, or have taken a vow of celibacy are doing it in the most heinous of ways – by abusing their power,  and violating and traumatizing innocent little boys.  And why is it that in the media, the biggest focus is placed on the scandal around sex? Things like the President of the United States having his dick sucked in the White House, and the sexual escapades of movie stars like Charlie Sheen, are what people seem most interested in. I guess for most people it’s like a bad accident. You don’t want to look, but you just can’t help yourself. Why do I give a rat’s ass what these people are doing in their private lives as long as they’re doing the job they’re paid to do, and not hurting innocent people with their actions?  Personally, I’d rather have this country run by someone who is sexually satisfied than one who is pent up and angry because he’s not getting laid.

And why is it that we can subject children & teenagers under the age of 17 to the most disgusting and explicit violence, but we can’t allow them to see a glimpse of a nipple. No problem rating a movie PG when it’s full of people shooting each other, dismembering people, blowing them  up, or beating the piss out of them, but show a little butt cheek, and just like that, the film gets an R rating. Does it seem twisted to anyone else that we think a 13 year old will be unscathed by brutal violence in a film, but traumatized by a naked body? Don’t they know they have one under their clothes? And we wonder why healthy, loving relationships that include fulfilling sex are so hard to find these days, forcing the divorce rate upward every year. I was in Munich, Germany a couple years ago on Mother’s Day in the famous English Garden with a friend. Right there in broad daylight, I witnessed families out for picnics walking hand in hand with their children (certainly under 13 yrs of age), and in another section of the park were nude sunbathers. There were no privacy fences around the area, but everyone’s privacy was being respected. Right there, out in the open, were people in their birthday suits, cock rings and all, soaking up the warm May sunshine. No one seemed to be bothered by it. No one was blushing, or pointing, or whispering. Children didn’t appear to even notice, let alone be upset or potentially traumatized for life by seeing naked adults.

Remember when I said, I have spoken to people all over the world about sex & religion? Well, that’s not because I planned it that way, but because the topics consistently came up and seemed to go hand-in- hand. I do believe that most of our shame around sexuality and the naked human form stems from religious beliefs and our lack of conscious communication around sex. Don’t confuse spiritual with religious, either. The two terms are not interchangeable. I consider myself a very spiritual person, but religion was created by man to control man. Unfortunately, along the way, that control led to skewed messages around sex. Most adversely affected by it was female sexuality, or the ‘sacred feminine’ as some call it. I like what best-selling author Sue Monk Kidd stated in her book,  “The Dance of the Dissident Daughter: A Woman’s Journey from Christian Tradition to the Sacred Feminine.” Her observation was this: “If God is male then male is God. Western theology has been infected by a fear of female sexuality.” I could write a book on that topic alone, so I’ll stop here. I’m sure I’ve already inadvertently offended someone. So I ask you, please, if you like what I have to say, feel free to share the post, and come back next week. If you don’t, let’s agree to disagree. Either way, I welcome your comments and opinions. Please share them on the blog itself, in case someone decides to censor me on Facebook again!