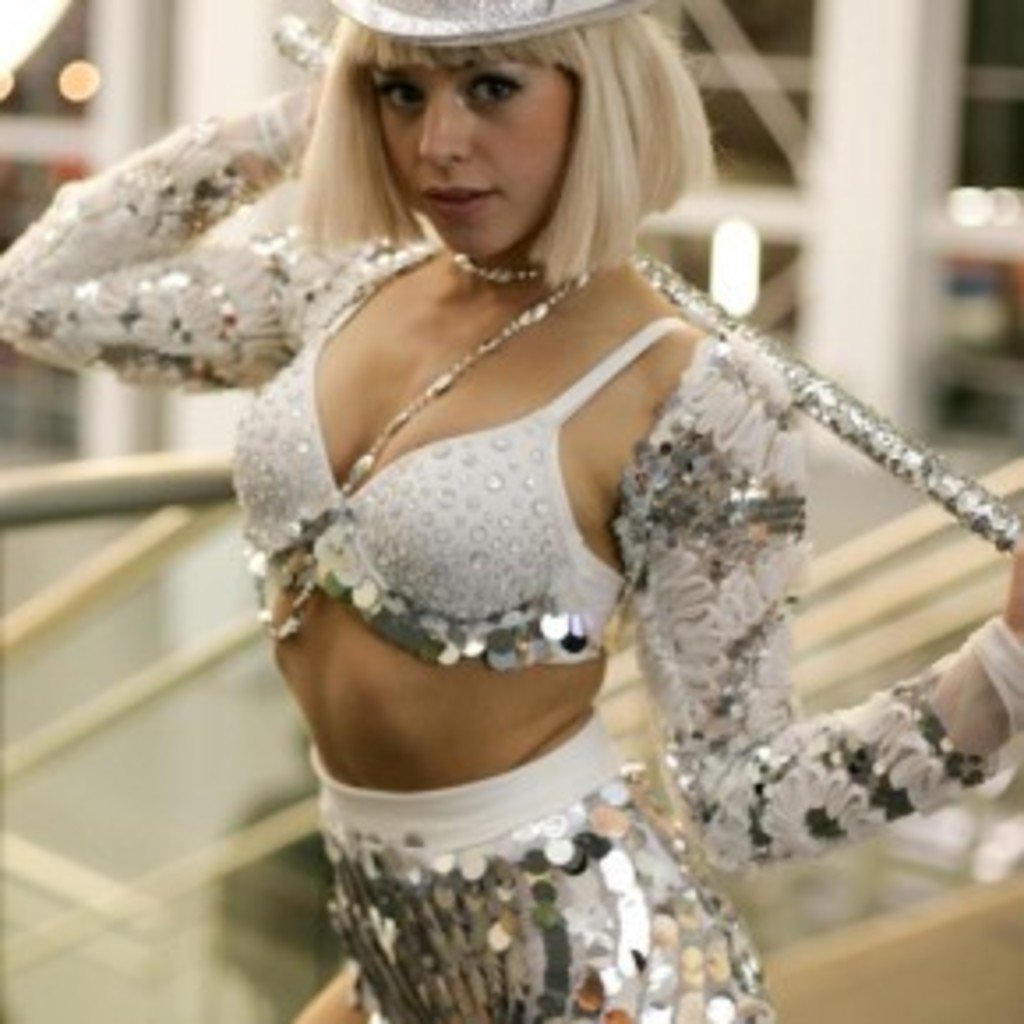 With the building’s giant voyeuristic blue bear marking the destination of the night, throngs of people shuffled into the building, fashionably late at 9 pm, only to bottleneck at security. Fashionably late meant really late on NYE, which led to a seesaw of profanity-laden crowd chanting when the line didn’t move for fifteen minutes to crowd cheering when a crush of people were suddenly let in. It was during this wait period that the dateless wonders like myself met and made friends with those we were waiting with. What else can you do when the bass is bleating through the walls and all you can do is long for your ears to bleed?

Imagine our surprise when we finally reached the hallowed space where two separate stages–one techno and one dubstep–were ablaze in a flash of light and helmed by the likes of Ecotek and Dieselboy only to find that most of the attendees were still waiting to get in. Get a cocktail, a bottle of water or two and take in the sights: go-go dancers and stilt-walkers in white, aerial and trapeze artists, women in heels, kids draped in gold paint, and the masters themselves behind the decks.

After losing my new friends when everyone went to get their smokey-smoke on, I wandered from the somewhat sparse techno area to the Sub.mission-hosted dubstep stage–ultimately finding a legion of air-punching fans squeezed so tightly together you’d have thought a game of Sardines was happening. The man responsible was none other than Cookie Monsta, a UK-based DJ and producer cranking out some dirty beats to keep the crowd on their feet. The jams were not for the faint of heart: sneakers like my Chucks were meant for dancing and earplugs recommended lest you wished to feel the damage as it happened. The dubstep space was packed the entire night–whether it was Dieselboy rocking the stage or Cookie Monsta or the highly-anticipated performance by Flux Pavilion, the dubstep crew not only knew how to party, but they know what it is to have an audience eating everything up and screaming for more. If it weren’t for the fact that Bad Boy Bill and then BT were playing the other stage later on, I might not have ever left the dubstep VIP area–the beats were simply that good.

After a short fashion show on the Global Dance Music stage, during which lithe models slunk up and down the runway to Foster the People’s “Pumped Up Kicks,” Bad Boy Bill killed it on the decks and sent 2011 running at the stroke of midnight. Almost missing the countdown, I watched a flurry of ticker tape shower down on us as 2012 arrived not a moment too soon. Somehow this was the perfect moment to reunite with the two couples, the drumstep producer, and the blue-haired girl I’d walked in with. Regaling me with stories of a liquor-less bartender, the seven of us crashed the dance floor just in time for BT to massage the crowd with “The Emergency,” a gorgeous track off his 2011 album, These Hopeful Machines.

No New Year’s celebration would be complete without kisses and in the case of one couple in the Sub.mission area during Flux Pavilion’s set, a wedding proposal dotted with a “Yes.” Still, when the clock struck two, the night was officially over. The kids without shirts and teenage girls in neon fishnets would go on to the after-party shenanigans somewhere else, but the rest of us went home to sleep off our indiscretions–in my case, it was too much caffeine and not enough water that kept me awake until 3 am New Year’s Day.

Whether intoxicated or sober, Decadence was a sight to be seen and an event to experience. Thrilled to have seen BT live for the first time in a decade and impressed by Cookie Monsta’s grand show, I can only think that the friends that bailed missed an incredible night. One can only hope that Decadence returns–Denver could use more events like this one in the future.