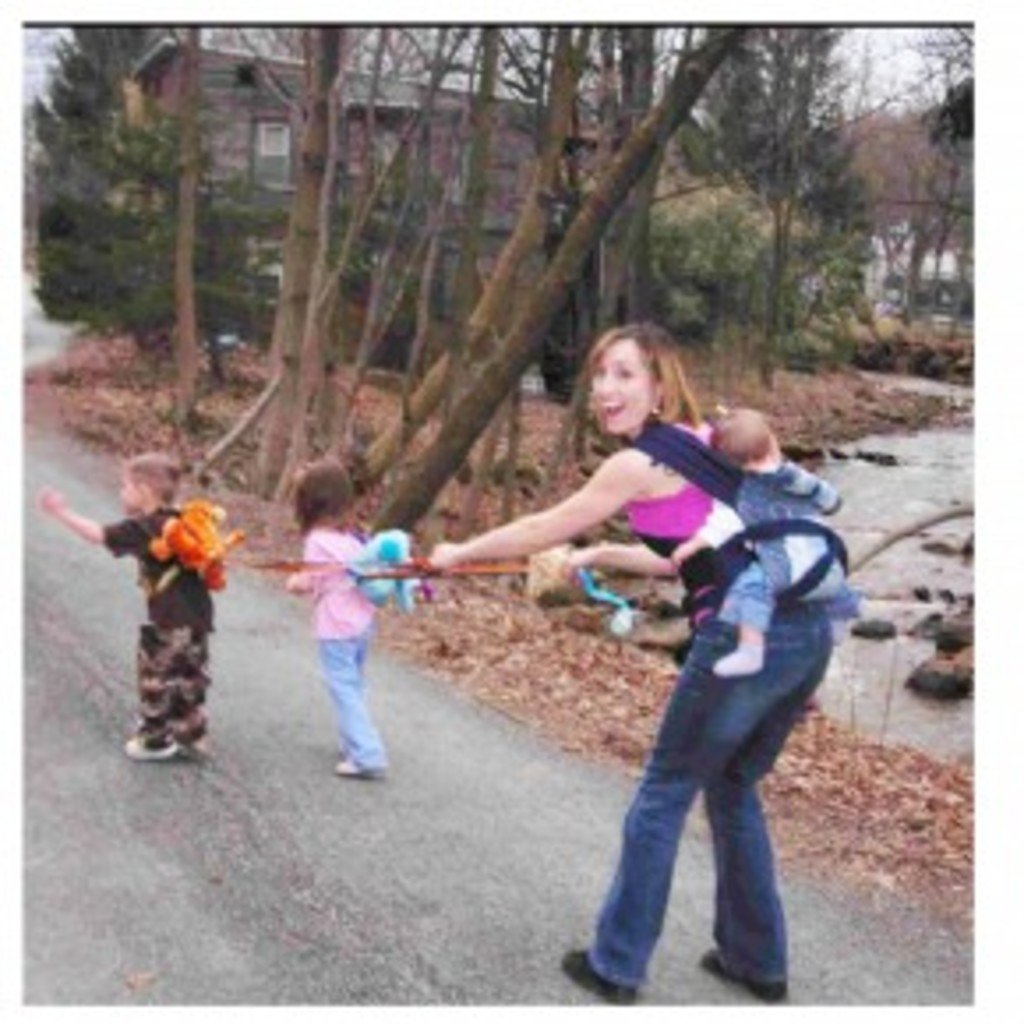 I think all of us have some kind of idea about how hard it is to be a parent. Even if you don’t have children, I think we’ve all seen a screaming child or two at a restaurant or mall. (And no, I’m not talking about teenagers—I’m talking about toddlers and children, ages 1-5.)

Have you ever paid attention to other people when this happens? I have. It’s like I can pinpoint those who are used to being around children, and those who aren’t. And although you might see a few parents annoyed by this on “date night,” you won’t hear them making any rude comments. Like the other day, I actually heard someone say, “Shut that damn kid up.” And of course he didn’t say this directly to the parents, but he definitely said it loud enough for them to hear—if I heard it, they heard it.

Okay, so not everyone loves kids.

So last weekend I started Christmas shopping and the mall was packed. And I usually hate being in large crowds, but I didn’t really mind this time. (Maybe because I was so sick the week before, and it felt good to be out of the house.) It was tremendously noisy, and it seemed like I couldn’t walk a few feet without bumping into someone—so I decided to sit down for a bit.

I couldn’t help but notice something as I sipped on my Skinny Latte—a kid on a safety harness, (which others might refer to as a “leash”). And he was about

3 years old, maybe a foot or so ahead his mom—they walked right past me. She had a couple of shopping bags in one hand, and in the other, the handle to her son’s “leash.” It had two adjustable straps that went around each arm, (think of a monkey backpack), and when he would kind of trail behind, she would gently tug on the cord to get him moving.

Like I said before, you don’t have to be a parent to know how hard it can be to have children, especially a toddler his age. And with that said, I think it’s only fair to explore the pros and cons to using safety “leashes” on children.

For pros, let’s take into consideration that the mall was packed. Even if “leashes” do look wired to some of us, at least he’s safe, right? I also think some people might be more annoyed by a screaming toddler running wild, rather than seeing him strapped to a safety harness.

What are they saying online? Here are a few comments I found on the community page at babycenter.com.

“I’m all for them when you have a walking toddler and you’re at a place REALLY crowded like an amusement park, swap meets etc. But just for everyday use no. I have one and will only be using it on our trips to Sea World, Six Flags and Disneyland.”

“I used them on both my daughters. There are times you just can’t hold their hands, and when they first learn to walk and run they just want to go.  I would prefer they had a harness on rather than running out into streets, getting kidnapped, or getting lost.  I think there are times when they’re great, like for
shopping, amusement parks and busy places. But if you’re at a park I think they should be able to run free (to a point).

And as for cons, well I asked a few people what they thought, and they were absolutely appalled. Some actually think that child safety harnesses are somewhat “abusive” and believe that parents should set limits by other means than restraint. And of course, she could’ve used a stroller…

Here’s what some people said on The New York Times parenting blog. 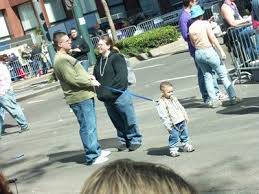 is to actually engage with her in what she’s seeing and doing. This means picking her up so she can see something up high as well as getting down on the ground so I can see and hear things at her level. If you are close enough to be talking with your child about the sights and sounds then the leash seems unnecessary.”

“It just seems demeaning to the child, and does remind me of a dog on a leash. You can say there isn’t a difference between restraining a child in a stroller and restraining one on a leash, but to me there is. I always feel sorry for a kid on a leash.”

“I have always thought the leashes look dangerous by creating a false sense of security. For the slow stroll on the street or elsewhere, hand holding is safer.”

“Children should not be treated like animals. Enough said,” (smosh.com).

What do you think? Is it wrong to strap a safety harness onto a child? Or is it okay to use whatever works to keep them safe? I’d love to hear your thoughts on this. Please don’t hesitate to tell me what’s OnUrMind.