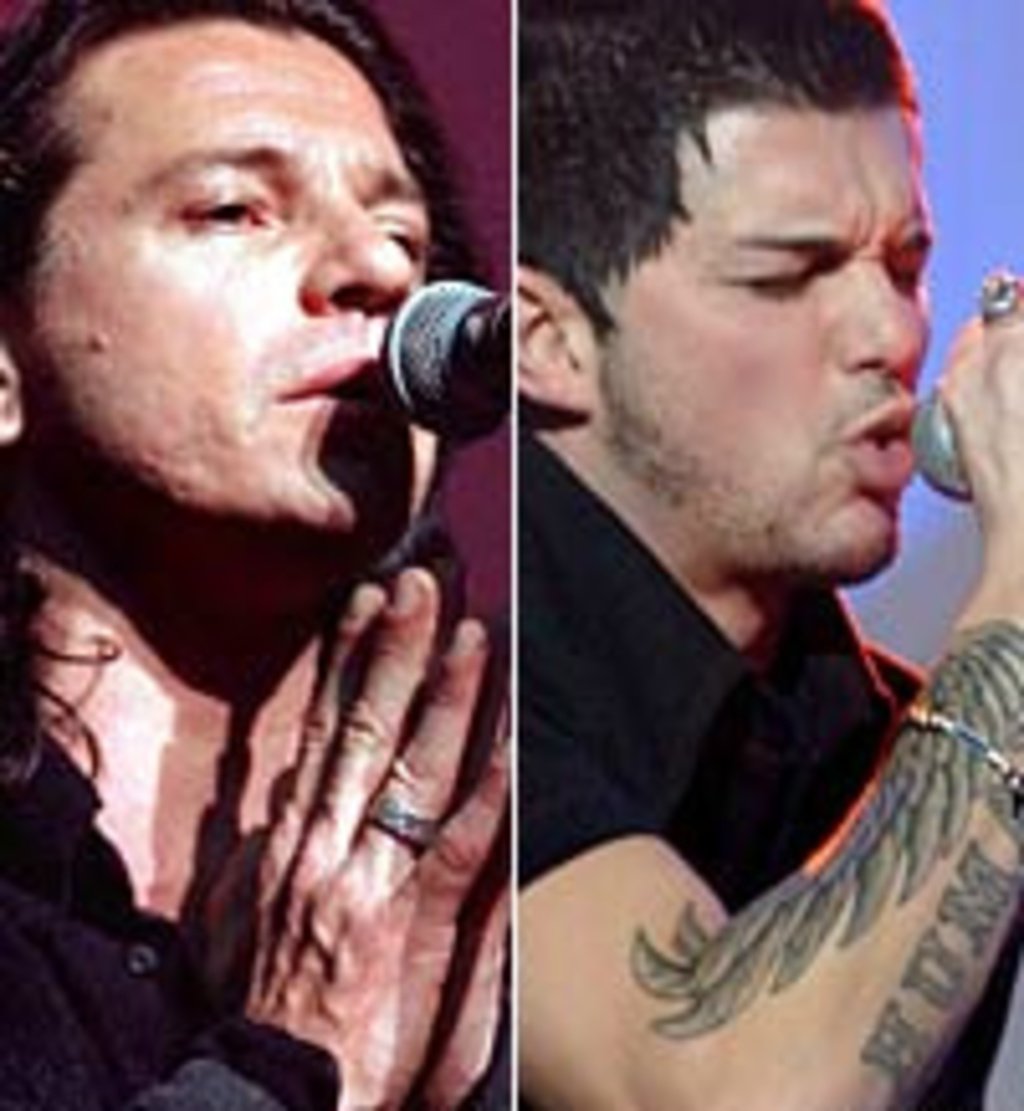 You can’t keep a good band down. Frontmen sometimes expire prematurely, whether heroin, suicide or even autoerotic asphyxiation is to blame. No matter what percentage of fans cry legacy desecration, if there are dead presidents to be netted, a voice that fills the empty shoes will often appear. Even if a reality show is required to summon one.

“Devil Inside” infected me immediately when I first heard it emanate from my teenage boombox. Who knew Lucifer could inspire such radio-friendly fare? Sure, INXS wasn’t the only group to sing his praises on an FM station, but they were the first to capture my virgin ears’ attention while doing so. I didn’t exactly convert to Satanism the following day, but the Aussie pop music gurus certainly opened my mind to the possibility of darkness in art.

There seems to be plenty of controversy surrounding the 1997 demise of INXS lead singer Michael Hutchence. Suicide was the official coroner’s ruling, but his then-girlfriend Paula Yates later told 60 Minutes and other media outlets that autoerotic asphyxiation was involved. The surviving band members roped in various stand-ins for Hutchence, including “Wishing Well” vocalist Terence Trent D’Arby, before finally allowing a CBS reality show to accelerate their search for a more permanent substitute. Canadian J.D. Fortune came out on top, partially thanks to the lyrics he penned for new tune “Pretty Vegas.” Can you imagine being a judge on that show? “Fortune sounds most like the dead guy.”

INXS certainly isn’t the only band to lose the voice of its still profitable outfit. Former Alice in Chains frontman Layne Staley apparently had a monkey tattooed on his back, finally succumbing to a cocktail of heroin and cocaine called a “speedball” in 2002. Staley’s bandmates were reluctant to replace him for years, but eventually got comfortable with Comes with the Fall’s William DuVall, who’d already been collaborating with guitarist Jerry Cantrell on the side. DuVall has since received the blessing of Staley’s mother and Black Gives Way to Blue, their first new record since Staley’s passing, sold respectably.

Sublime time—as their newest incarnation opened for 311 last night at Red Rocks. Bradley Nowell, owner of the pipes heard on their early work, chased and was subsequently burned by the proverbial dragon in 1996. Translation: another overdose without an understudy. Like Alice in Chains, Sublime’s surviving members seemed to initially reject the possibility of continuing on without their deceased leader. They discovered a suitable sonic equivalent nearly fifteen years later in Rome Ramirez. Nowell’s family contested their use of the Sublime name, but eventually agreed to let them tour as Sublime with Rome. Yours Truly, their debut platter together, was released recently.

Elvis impersonators exist for a reason. People develop strong emotional bonds to music and refuse to let those attachments die with particular artists. Fortune could very well be the closest approximation to Hutchence that the planet has to offer, but his vocal timbre just doesn’t do it for me personally. On the other hand, DuVall is pretty much a dead ringer for Staley—unless you open your eyes to the afro. Ramirez doesn’t sound exactly like Nowell, but he holds his own.

Fans of INXS/Alice in Chains/Sublime: does replacing a dead singer desecrate a band’s legacy? Could you differentiate between a zombie version of the dead guy and his still-living counterpart? Does it matter?