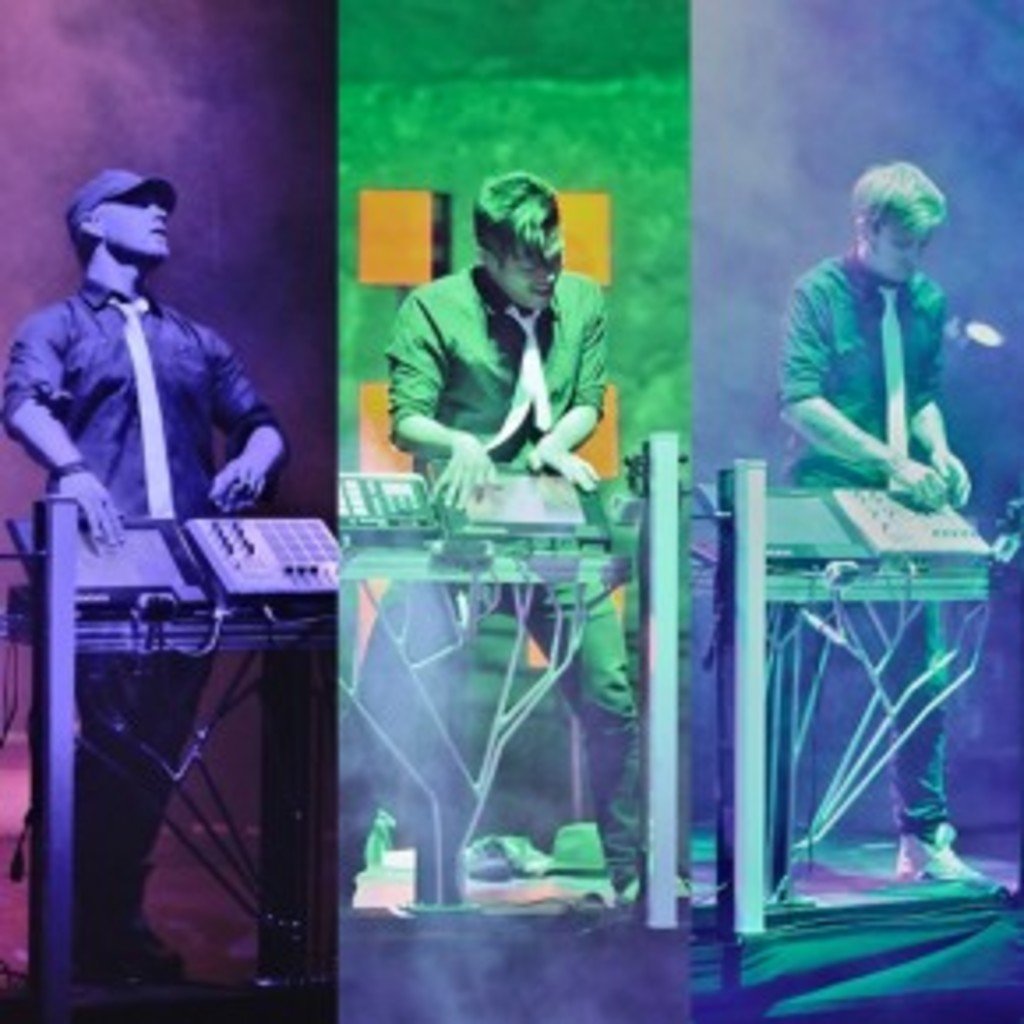 The West Coast electronica scene and the jam band community have been in bed together for what seems like forever now. Bassnectar’s first Colorado appearance was at a String Cheese after-hours in 2003. The Disco Biscuits, Sound Tribe and others have tapped California beat-smiths for warm-up and/or after-party slots. The relationship was further nurtured Saturday night when LA’s Glitch Mob co-headlined Red Rocks with noodle-heavy outfit Lotus.

What do you call the Burning Man version of Memory Lane? Mammary Lane:) I spent a hot minute there this past weekend, while physically outside Morrison. The Mobsters’ first ever gig went down at a Canadian festival called Shambhala in 2006. A couple weeks later, I caught them in Northern Nevada’s Black Rock Desert during the annual art soiree. If what’s left of my memory serves me correctly, Nexxus was the geodesic dome/temporary club in question. It was definitely a Sunday morning sunrise set. And it was rocking. A mere five years later, they’re already near the top of the concert food chain.

The Mob’s got some new toys. Daft Punk has its pyramid. Deadmau5 has his cube. And now The Glitch Mob has a trio of glowing pinchers. I’m not sure how else to describe them. The threesome has been amping up the wattage on their light show since Coachella. Mob music has always been on the cusp of cutting-edge, but beat-makers perpetually struggle to keep live audiences entertained—especially at venues of Red Rocks’ capacity. Coloradans got their first taste of the new visual aesthetic this past weekend. Though the luminescent perches are capable of an entire spectrum of color, blue—reminiscent of Tron (The Mob contributed music to its soundtrack)–seemed to be a running theme. Positively ID’d set list numbers included “Animus Vox”, “Fortune Days” and “Drive It Like You Stole It” off last year’s career-defining Drink the Sea, alongside the recently freely downloadable “Warrior Concerto.” A trio of aerialists dropped from the top of the stage cover at one point. And when Colorado was asked about its feelings, we seemed to be doing pretty well.

Tied up to fly up (img: Jonathan Shoup)