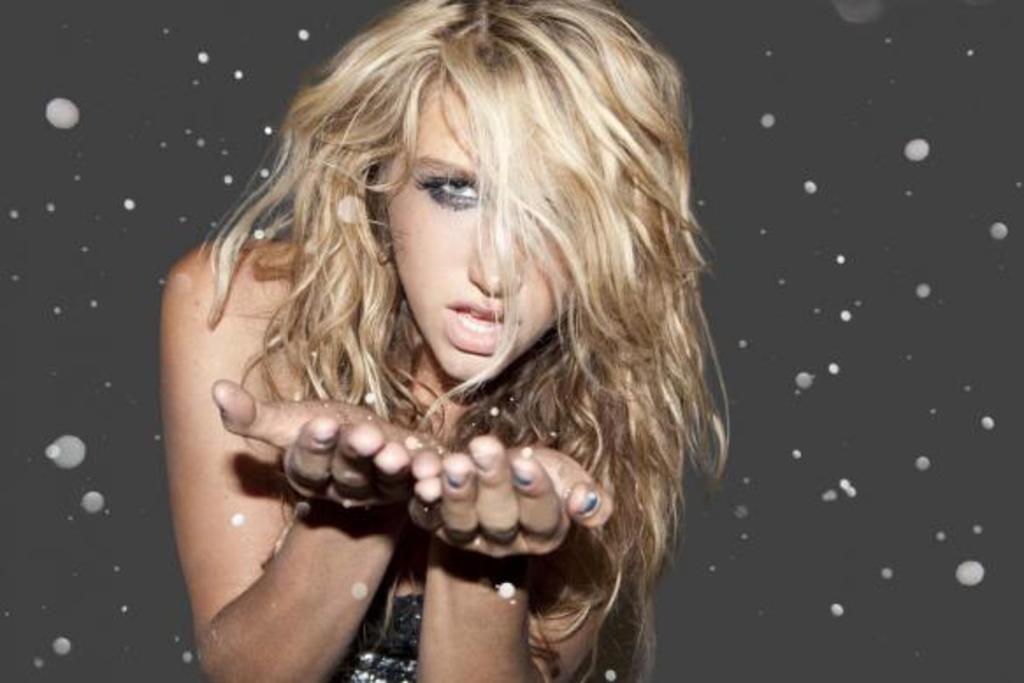 “It’s going to be a fucking epic dance party,” Ke$ha announced at the kickoff of The Get $leazy Tour, which made a brief stop in Denver Saturday night at The Fillmore. Opening for a sold out crowd, the 23 year-old wild child hit the stage in bright white lights and a cloud of smoke, rattling off a pounding rendition of “Sleazy” that would have made the Kodo drummers proud. “I don’t need you or your brand new Benz. Or your Bougie friends. I don’t need love looking like diamonds.”

“Get sleazy, get sleazy.”

The Mile High City was happy to oblige. Just the fourth stop on a 20 city romp, Get $leazy represented Ke$ha’s first headlining tour after last year’s run with Rihanna. And gave fans an opportunity to see the young pop star showcase more of her talent, rocking out with a guitar, drums, theremin, and the all important cow bell.

Accompanied by a band of misfits straight out of Mad Max, Ke$ha aptly demonstrated her musicianship on stage, while doling out the same whimsical style and outrageous flair she’s built a reputation on. Armed with glitter guns, piñatas, sparkly costumes, fake blood and Santa Claus, the pop sensation toggled between tightly choreographed dance routines and loosely orchestrated camp.

Shifting into high gear, she launched into rowdy renditions of “Take It Off” and “(Fuck Him) He’s a DJ,” before dropping “Blow,” an explosive, roof raising trance-a-thon that electrified the dance floor. Other party favorites followed: “Blah Blah Blah,” “Party at a Rich Dude’s House,” and “Backstabber.” And then, the title track of her latest album, “Cannibal,” a Temple of Doom re-enactment that had the provocateur donning a skeleton-like unitard, extracting a red heart from a poor young soul, and drinking his blood.

“I want to see you on your absolute worst behavior tonight,” she demanded from the Denver crowd – a party mantra that seemed oddly out of place for a show open to all ages and yet, featuring a parents’ lounge and several bars. Not to mention, teens roaming the dance floor and side stage scantily clad in push up bras, fur, and fishnet stockings.

Still, you have to admire the chutzpah of a pop star who goes balls out and refuses to take herself too seriously. Without hesitation, she dropped a plethora of f-bombs, sang alongside a costumed penis, and talked openly about douche bag guys and going to the “bone zone.”

But Ke$ha’s appeal is undeniable. Her songs are catchy, relatable stories filled with sexual innuendo, anecdotes, and sarcasm tied nicely together in a pop candy wrapper. “Animal,” “Your Love Is My Drug,” “TiK ToK” – just to name a few that had the audience singing aloud.

Unexpectedly, the most significant sign of Ke$ha’s influence was best demonstrated during a performance of “Grow a Pear,” when she brought a teenage boy on stage to tease only to hear him openly confess about how her music gave him the courage to come out to his mother.

“This is the reason I make music,” Ke$ha responded on stage and via Twitter.

After all, in the end, it didn’t matter whether she was dressed like an animal, a cannibal, a skeleton, or an American badass. It didn’t matter if the bass overshadowed her vocals at times and other times, wasn’t loud enough. Or whether she should’ve used Beardo (sans beard) to open or climaxed with a better song choice than a Ke$ha-less rendition of the Beastie Boys’ classic, “(You Gotta) Fight For Your Right (To Party!).”

Ke$ha has and always remained true to herself – a sentiment proudly shared Saturday night amidst a sea of glitter.

“Tonight we’re going har-har-h-h-h hard
Just like the world is our-our-ah-ah-ah ours!
We’re tearing it apar-par-par-pa-pa-pa part
You know we’re superstars
We R who we R.”