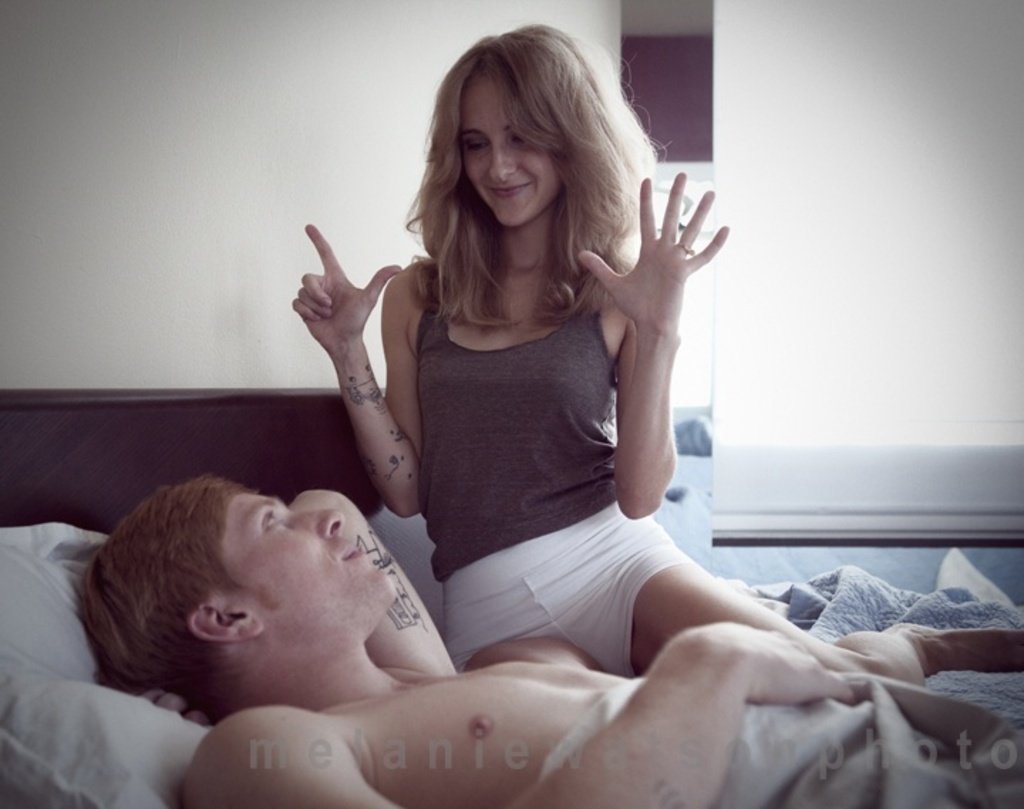 As seen in the November 2010 issue of 303 Magazine. Slightly revised to reflect recent developments.

“You don’t know what living is until you’re eating oatmeal at dawn and watching a shark feeding next to your boat.”

Plenty of bands make sacrifices for their craft, but few literally risk life and limb. Tennis twosome Patrick Riley and Alaina Moore did just that, sailing the seven seas for seven months—armed only with book smarts and IQ gleaned from DVDs. “Marathon”, a tune Pitchfork blogged about last June, details a near-death experience they had on the open water.

“’Marathon’ is about sailing at night. It’s like being in outer space. We were actually in danger—we had no electricity, our GPS was on reserve power. We didn’t lose our boat and we made it, but we were scared shitless.”

Then there was the time their depth sounder indicated a presence directly under their boat in the Bahamas—a hundred miles from land. Whatever set it off came within two feet of their keel.

“There’s been a lot of cases where whales are curious what sailboats are, because there’s no engine going and they’re really peaceful. They’re like puppy dogs, they’ll want to jump on it and play. It happened a couple months ago off the coast of Africa. A whale, straight up out of the water, landed on a sailboat and crushed it.”

The gamble paid off. “All that sailing really did stimulate creativity. Being surrounded by beauty, constant changes of scenery, meeting new people, seeing wildlife every day, it was such a serene environment. We started to to think about music we wish were listening to. Music that would be uplifting when we were scared or intimidated, and music that would have been triumphant when it was this beautiful day. Once we got back to land, we moved back to Denver and quickly re-accumulated music equipment.”

Still, the couple had zero intention of sharing the music they made with that reacquired equipment until a well-connected friend surfed down their Myspace page—the one they’d created solely so their parents’ could hear the four-track demos they’d half-jokingly admitted to making. They booked European and Australian tours on the strength of a single, sold out seven-inch. A seven-inch inspired by those seven months on the seven seas. Cape Dory, their debut full-length, was released last month on Fat Possum.

“We wanted to make music, first and foremost, because it felt like we’d somehow stumbled upon this secret life that was really special and rewarding and different.”

Comment below for a shot at two tickets to this Thursday’s show at The Hi-Dive. Winner will be contacted via the email he or she registers with.