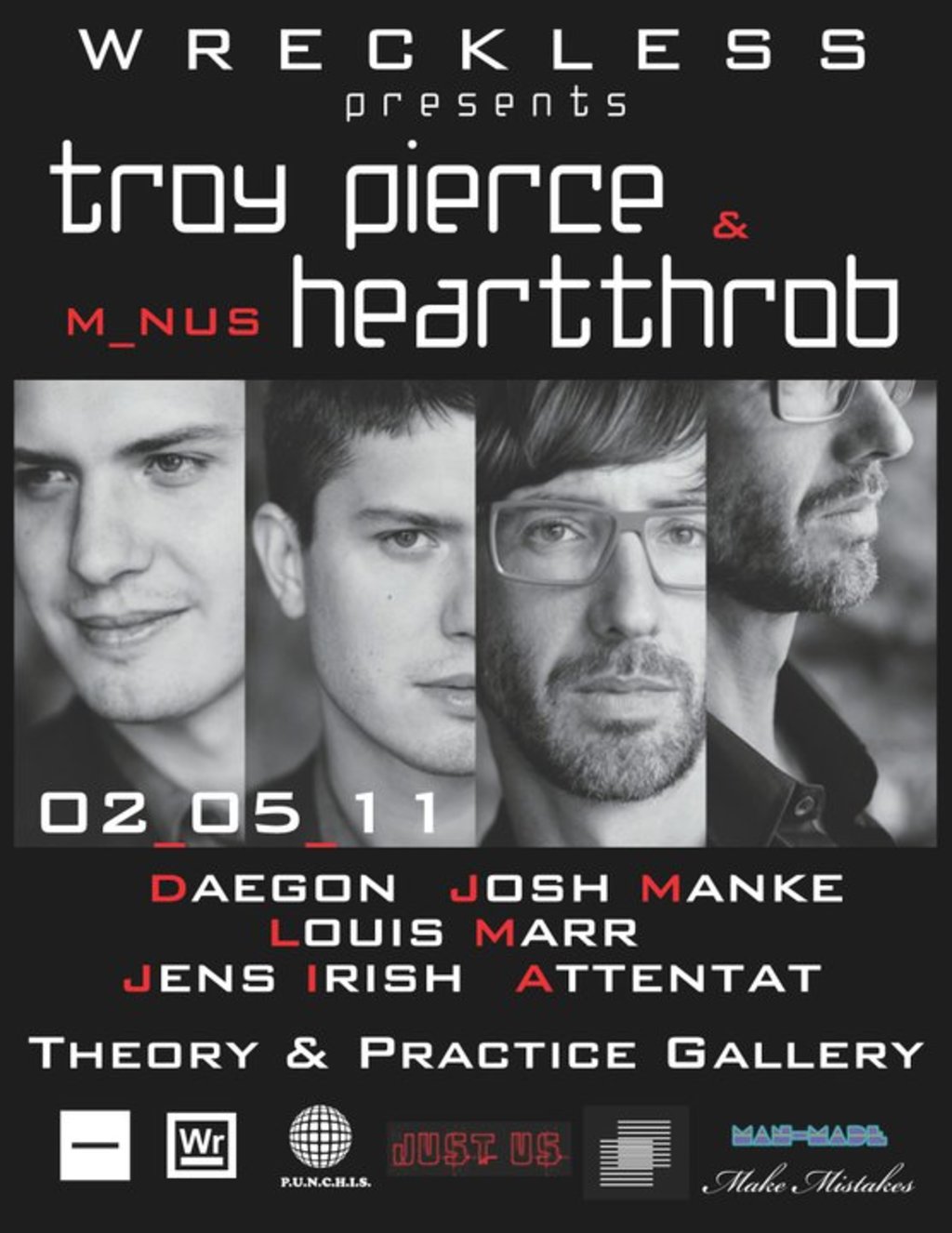 V-Day is on the “whorizon”, and nothing spells romance like cold, soulless techno. I kid, of course. Haters make minimal out to be the most repetitive, snore-inducing genre in existence, but devotees know that’s not always the case—there are good and bad apples in any category. As a general rule, Richie Hawtin’s label m-nus is home to the cream of the crop. Hawtin understudy Troy Pierce came of age among actual crops, in Indiana. Beat midwife Detroit was only four short hours away, though, and luminaries like Derrick Carter, Hawtin and Jeff Mills were still in their prime. Pierce eventually infiltrated The Big Apple and began gradually grappling with his aurally twisted kismet. The Detroit Music Festival lured him back in 2001, where a chance meeting with Magda cracked the realm of possibility wide open–spread-eagle even. Mark Houle rounded out the threesome that would complete Run Stop Restore pre-2004. Migration to minimal’s magnetic north pole was inevitable. Pierce has been a Berliner ever since.