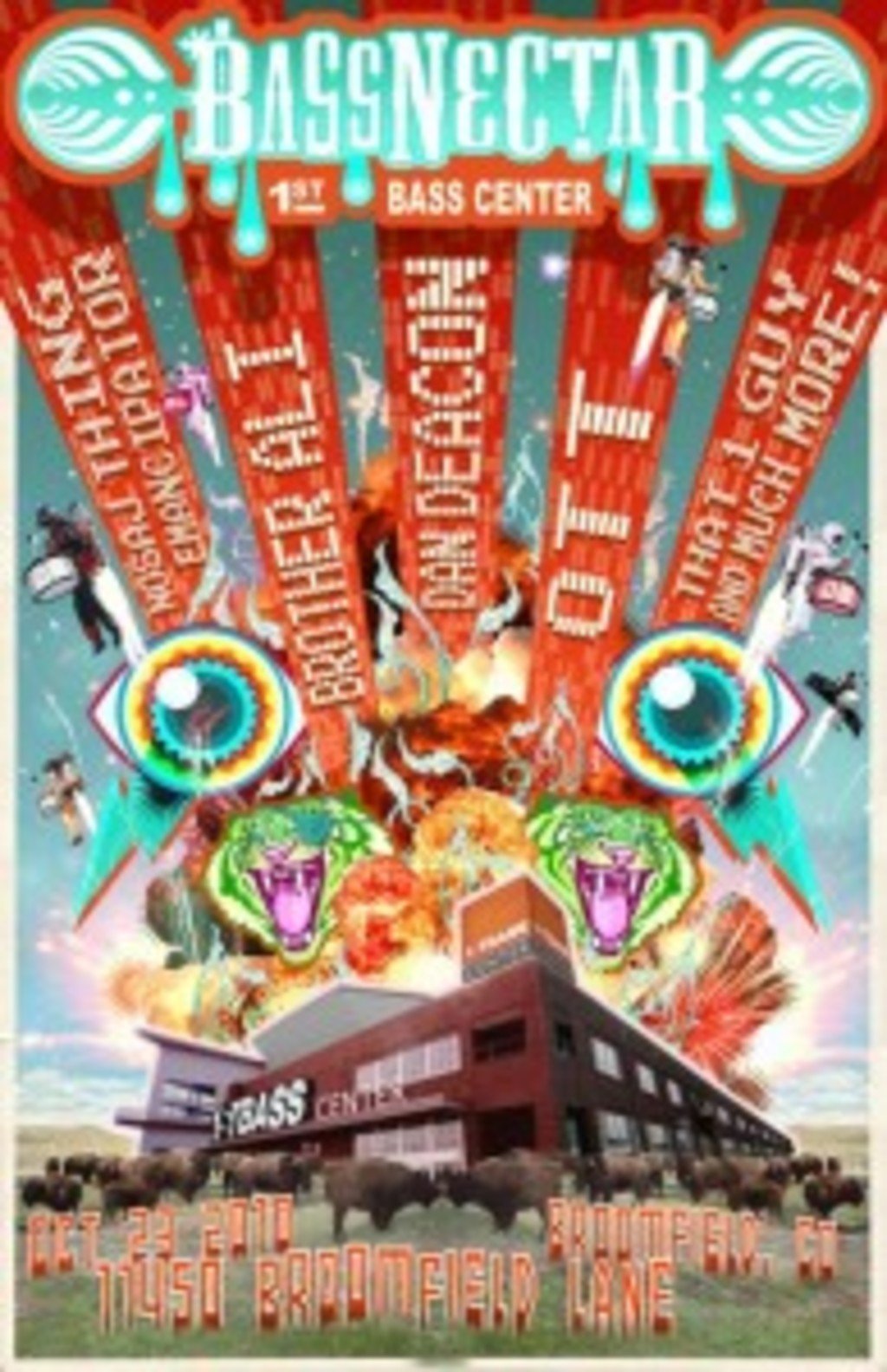 Seven years ago, Bassnectar played for 70 or so people at Larimer Square’s tiny Mexican cantina Lime. It just so happened to be his first gig under that moniker. Last nightâ€”seven years laterâ€”he played for 7,000 plus at Broomfield’s 1st Bank Centerâ€”appropriately re-dubbed â€œ1st Bass Centerâ€ for the occasion. It was his first self-curated arena show. And it was â€œBassnectardedâ€.

–Witnessing a man with a white beard rock the mic

–Witnessing his DJ–Snuggles–beatbox Black Sabbath in a panda hat

–Bassnectar’s transition from the sublime, vocoder-facilitated harmonies of Imogen Heap to a monster truck re-rub of Metallica

–Getting paid to “get high”