“Imagine a group of people all going to a house party on different energy levels and wavelengths. People arrive and want to connect with each other, that’s why we go to these parties, but we put up a number of filters between us and other humans,” Mike Handby shared in an interview with 303. “We wanted to create a test space to see what happens if we all arrive in the same headspace. What if we all remember the night clear — the people, the connections, the moments. What happens then?”

This idea is what led Mike and Amber Handby to found Sundown Colorado, an alcohol-free music festival encouraging healthier nightlife. Taking place in downtown Denver on Sept. 24, Sundown invites everyone to “party positive,” creating a new community within the Denver music scene. 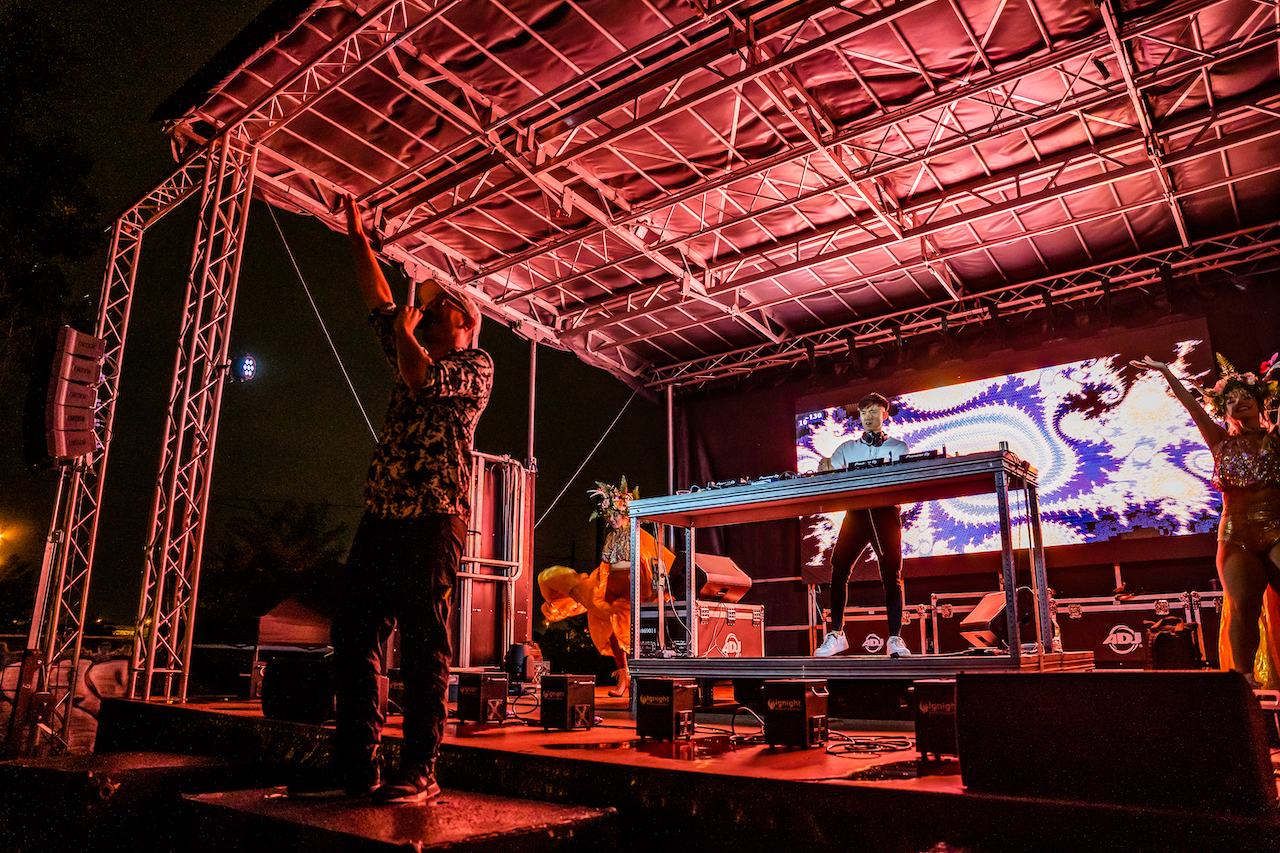 Mike Handby, also known as DJ Ignight, has been in the entertainment industry for 12 years. Founder of Ignight Entertainment, he’s made it his life mission to light people up — both on and off the dance floor. Like too many within the music industry, Handby struggled with substance abuse and addiction for over 10 years before dedicating himself to sobriety in 2017.

“When I got clean and got sober, everything in my life just started soaring. It was putting rocket fuel in the tank instead of, well, whatever was in there before. I just kind of looked around and saw the industry as an opportunity to help other artists gain some clarity,” he said.

It’s no surprise that the nightlife industry isn’t exactly conducive to a sober lifestyle. Bar sales are often a large majority of venue and festival profits while offering extremely limited non-alcoholic options. Being sober at these events is often a lonely and challenging experience, constantly being pushed to keep a drink in your hand.

“As musicians and artists, we realized that the whole industry is really built on the opposite,” he added. “We were like ‘well, where do we go to party? Where do we go to relax? Where can we have that kind of experience that is just purely music?’ Just removing the distractions like drugs and alcohol to focus on what we really want to be there for, which is music.” 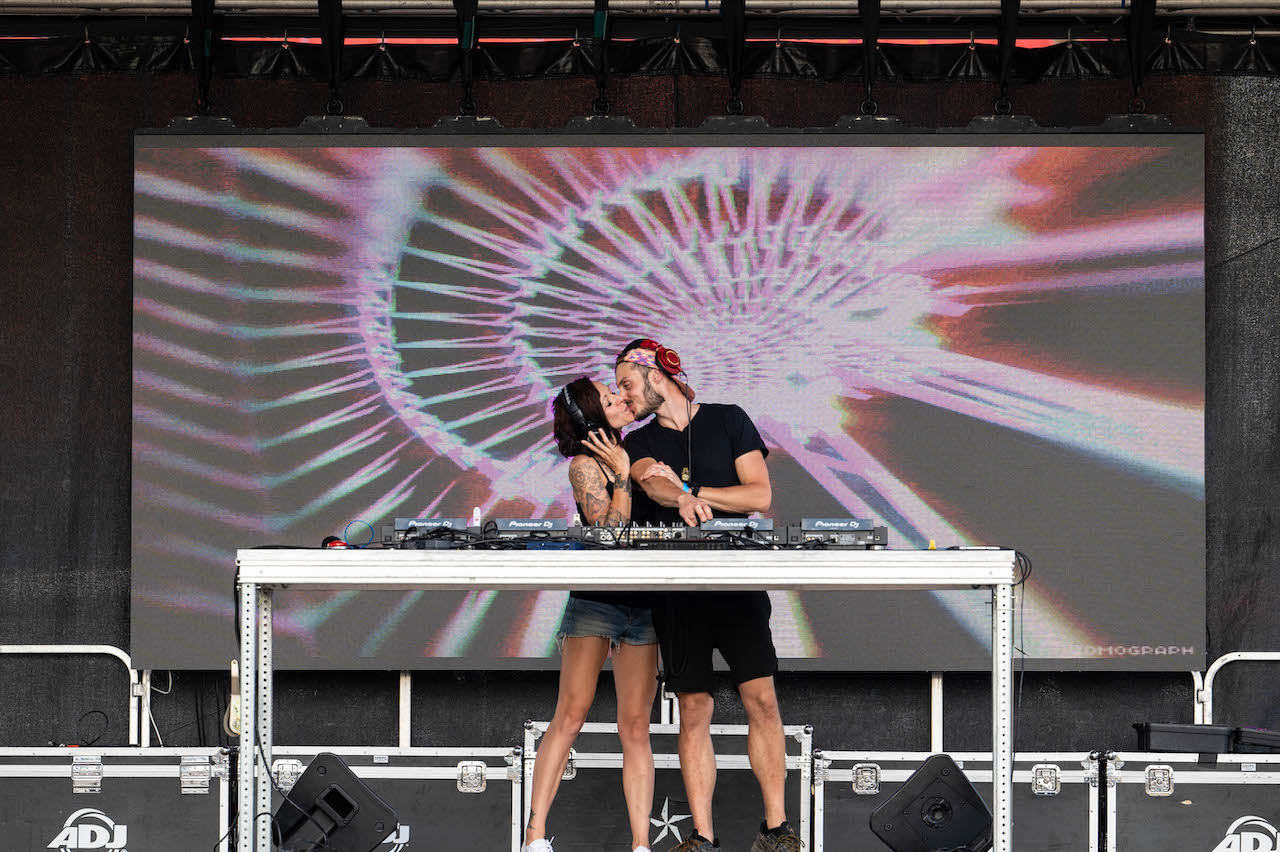 Mike and Amber Handby craved a deeper experience, one that would take them back to the roots of why they first fell in love with this industry. So, they created it. Founding Secret Dance Addiction (SDA) in 2019, the pair discovered the undeniable need for sober-friendly nightlife, replacing unhealthy habits with community, mindfulness and dance. Hosting monthly epic dance parties featuring non-alcoholic beverages, they proved — both to themselves and the sober community — that you can still party hard while partying positive. 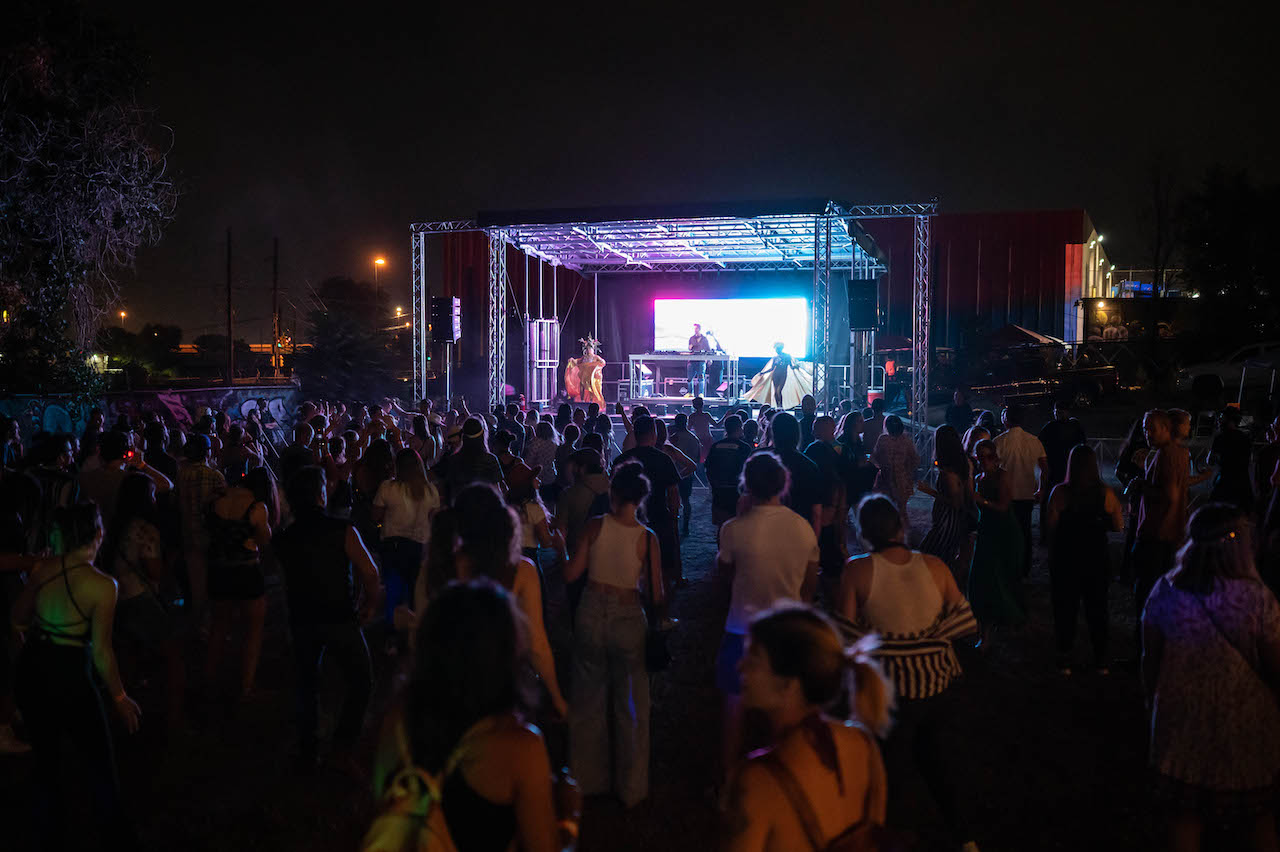 But as professional party throwers, the Handbys couldn’t stop there. With the sober curious movement on the rise, the duo saw an opportunity to create an event unlike any other within the music industry.

“Our mission is to guide music lovers to lit experiences,” Mike Handby said. “Sundown was really born out of the question of ‘how do we normalize healthy nightlife in the most lit way possible?'”

Back for its second year, Sundown combines music and mindfulness to create the ultimate alcohol-free music festival. And this time, 303 Magazine is partnering in on the fun to help support Denver’s growing alcohol-free nightlife movement.

Taking over The Tivoli Quad is on Auraria Campus in downtown Denver on Sept. 24 from 2 to 11 p.m., the bar will be stocked with non-alcoholic beers, wines and spirits from sponsors Grüvi and Spiritless, as well as complimentary products from Waterloo, RUNA, Liquid Death and SUJA. 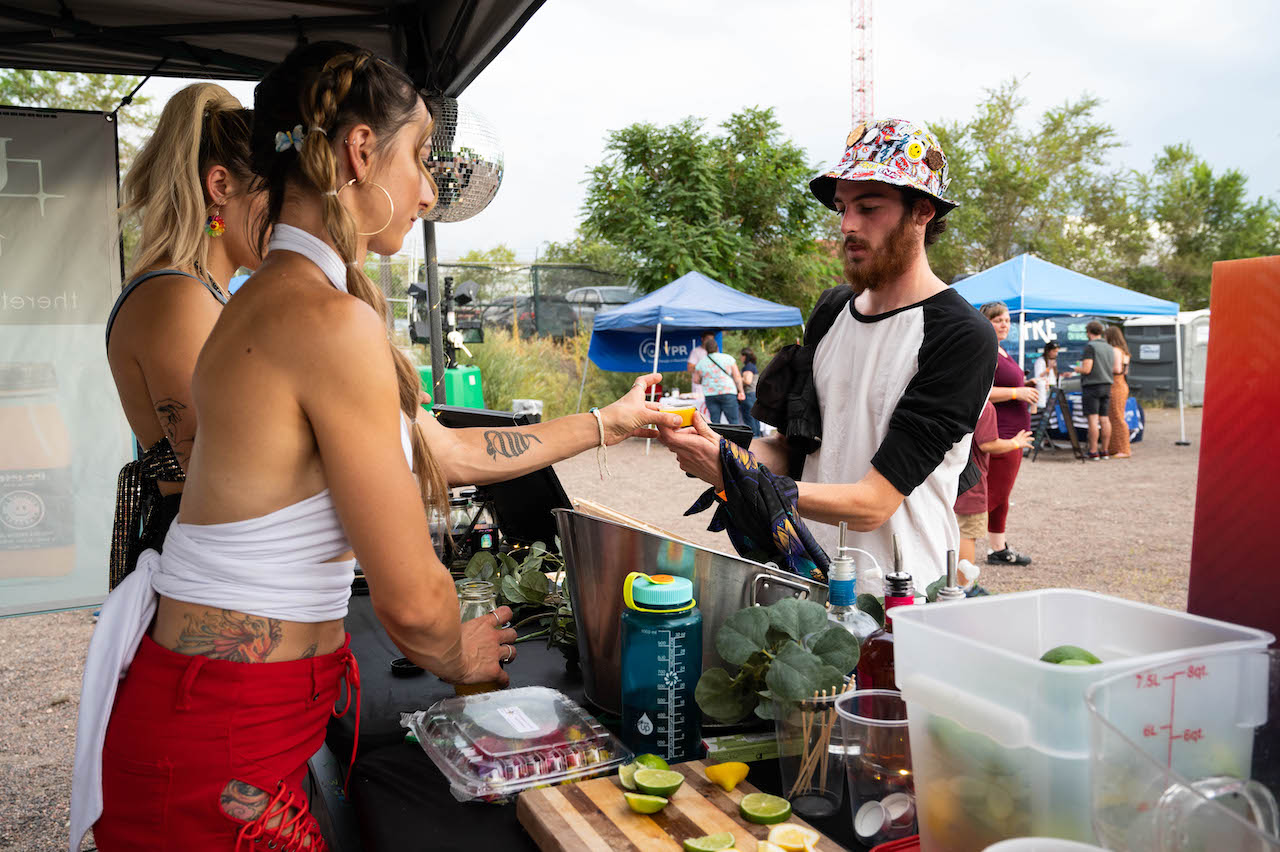 “The challenge is to get people to get past the fact that we aren’t serving alcohol, and to see how incredible the festival truly is,” said Amber Handby. “You don’t have to be sober to come. What we are trying to prove is that you don’t have to serve alcohol to throw a successful event. That’s the piece that sticks out, that’s where the resistance is. But this is a music festival where we are choosing to invest in our customer’s health. I know that’s such a new concept, but we invest so much into creating an experience.”

And an experience it will be. In addition to an impressive line-up featuring headliner Curbi, Sundown will also include a number of mindfulness experiences including a meditation tent, detox workshops, LED lounges, immersive art exhibits, wellness IVs and breath work and energy healing classes.

“We always turn down before we turn up. That’s why we have the meditation tent and the breath work and yoga. We realized that when we go to a bar or club to participate in that standard experience, we are turning up. But some people are at fives and some people are at 10s and the club may already be at a 12. It’s not connected, it’s not synergistic,” explained Mike Handby. “What we believe is that we all really want to connect together, go up together. We have a higher chance of doing that if we all arrive in the same space mentally and clarity-wise. What we do is throw a quick meditation and moment of silence, so we all hit zero together. We all feel fully inside our own bodies and present.” 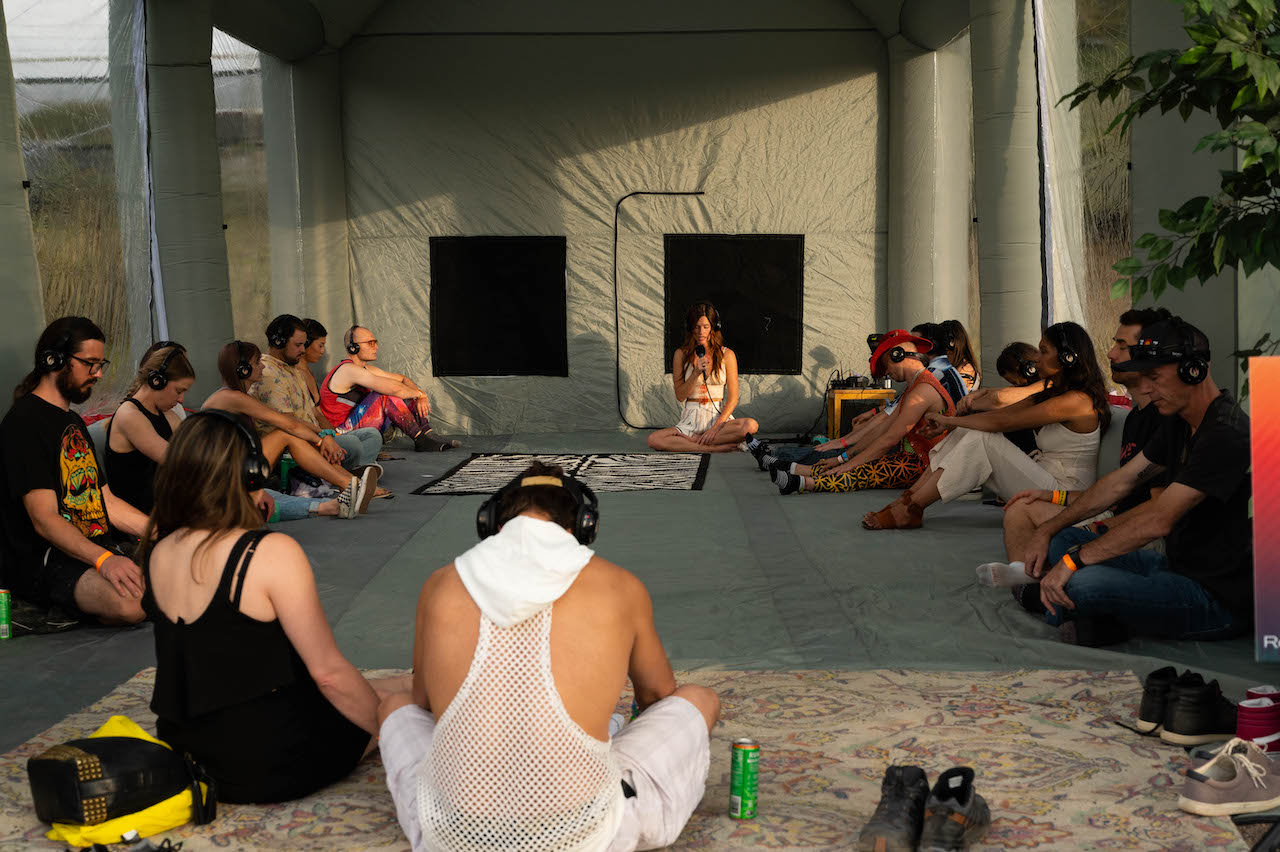 Creating an experience is important to this duo, but cultivating a supportive community for those in addiction recovery seems to be above all.

“We say that every time someone reaches for a bottle or needle, they are reaching for a human. They are reaching for someone, and that someone is not there. Our goal with SDA and Sundown is to grab that hand and to put the community around them to support them. Addiction isn’t super hard if you are willing to connect. We are capable of that growth and change,” said Mike Handby. 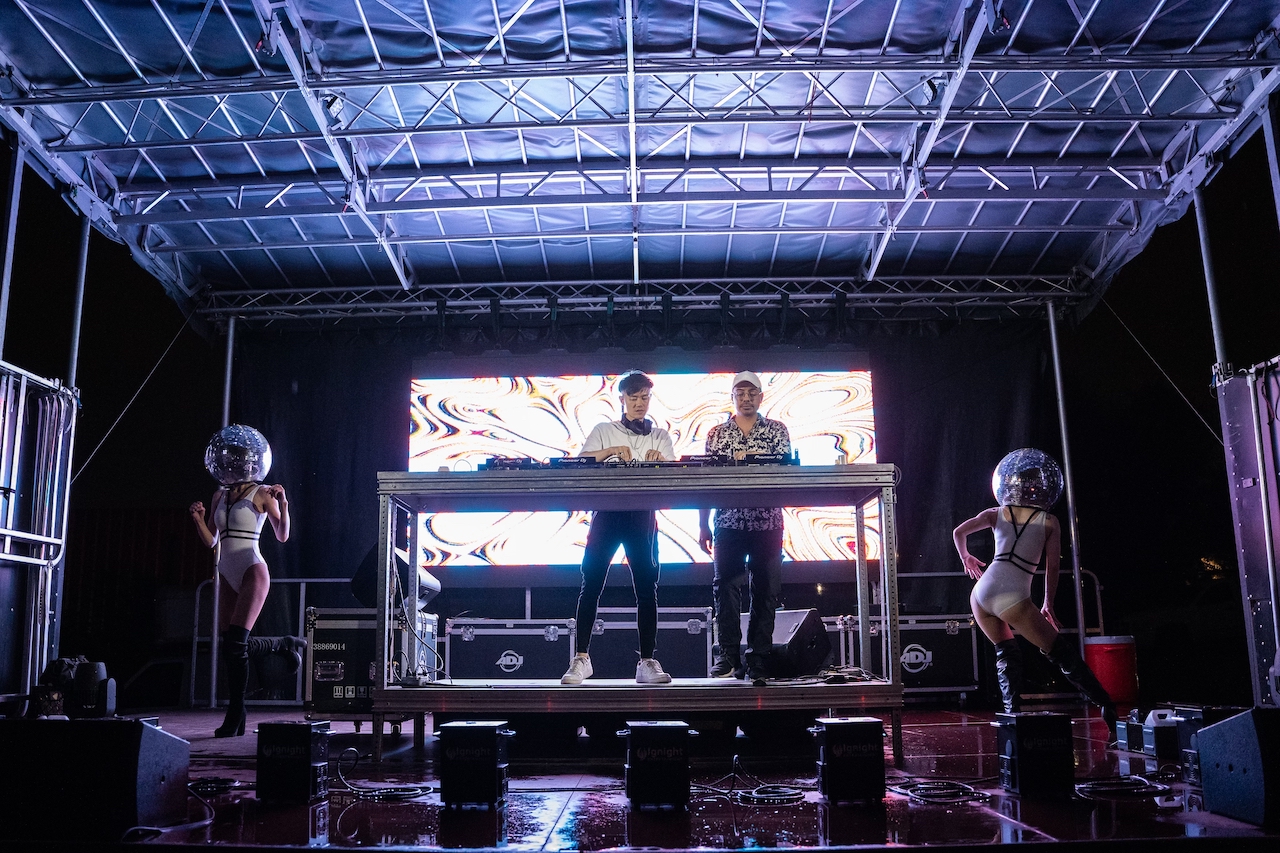 The Handbys are innovators within this industry, and Sundown is hopefully just the beginning. As the sober curiosity movement continues to grow, we can hope the entertainment industry evolves and adapts to the concept of healthy nightlife — reminding each of us why we attend these shows in the first place.

“Our job as DJs is to kind of play with the dopamine and serotonin that is already existing in our brains. When we put a song on that we know and recognize, we get a hit of one of those chemicals. When we put on a song that is unexpected and new, we get a hit of the other one. That’s what music is, that’s what it feels like. Music is the drug,” Mike Handby added. 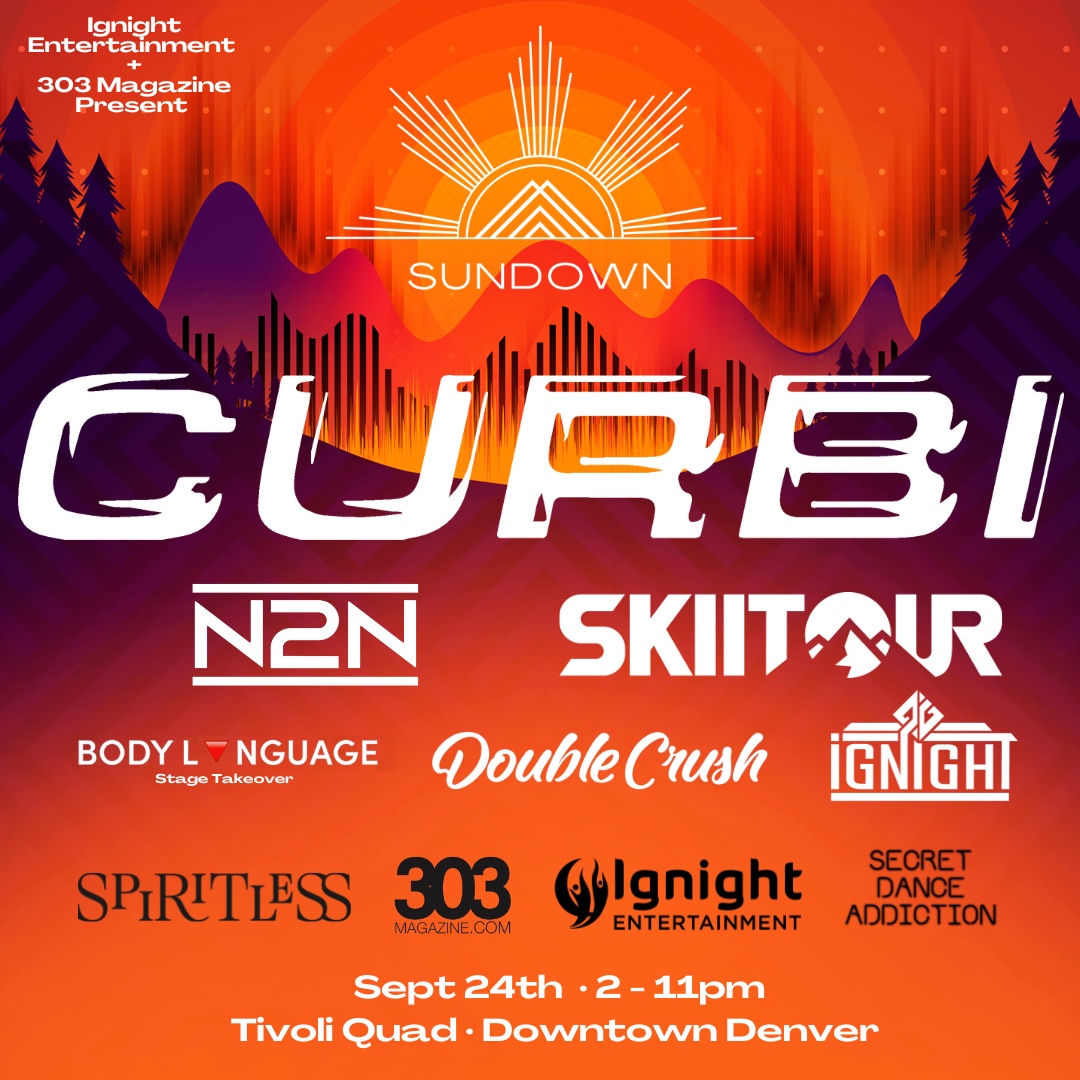 Sundown is an alcohol-free music festival taking place on Sept. 24 from 2 – 11 p.m. at The Tivoli Quad (1000 Larimer St, Denver). The festival will feature non-alcoholic beverages by sponsors Groovy and Spiritless, mindfulness experiences and immersive art exhibits. For more information about the festival and line-up, click here.