Local designer Audra Stachnik is exactly like her brand Hott Pink Matter — filled with personality, good energy and is one-of-a-kind. Her first taste of fashion was when she was 10-years-old where she used to sew dance costumes, stuffed animals and blankets with thread she would find around her house.

When the pandemic hit in March 2020, Stachnik had been waitressing, lost her job and took it as an opportunity to tap into her creative side. She tried painting and making jewelry but found that it wasn’t for her. From there, she then decided to purchase a sewing machine and began watching Youtube videos to learn how to sew.

“I got my dad to go halfsies on a sewing machine with me because I was living on unemployment and I fell in love right away,” Stachnik said. “I remember I made a tube top and a pair of pants and it took me over 10 hours just because I had no idea what I was doing.” 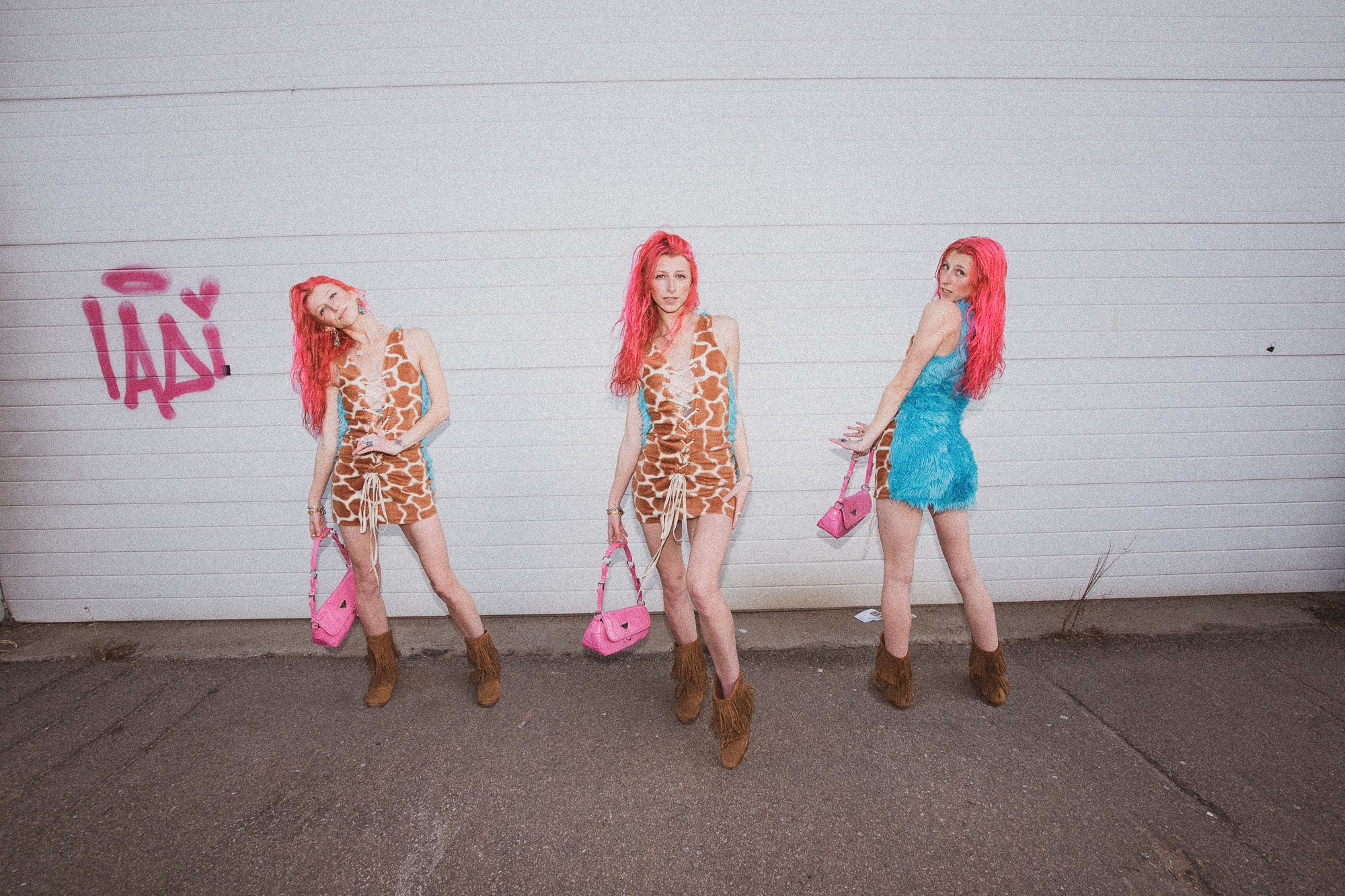 As she continued her passion for sewing, she decided to move from her hometown Michigan to Colorado. While finding her way around a new city, she dropped a package off at the post office where Stachnik fell and hit her head. She suffered from Superior Canal Dehiscence Syndrome (SCDS), an abnormal opening in the bone that covers the ear canal, a part of the inner ear, that can cause problems with hearing and balance. She said the condition makes her prone to fainting and tunnel vision. In May 2022, Stachnik had surgery that closed that part of her ear canal.

“After that, I had a pretty bad concussion for a week where all I could think about was wanting to sew and when I’m better I want to get back into designing,” Stachnik said. It was then that Hott Pink Matter was born.

The name Hott Pink Matter is inspired by her signature hot pink hair and Frank Ocean’s song “Pink Matter.” Stachnik wanted a name that meant something to her without having to use her actual name.

In addition to the unique brand name, she takes pride in thrifting one of a kind fabrics. This stemmed from when she was living on unemployment and struggled to find inexpensive fabrics. Stachnik said that she also enjoys not being another contributor to the demand for textiles.

“I can find amazing fabric that is oftentimes kind of rare and it does help me save a lot of money,” Stachnik said. “I’m also pretty picky with what fabrics I pick.” 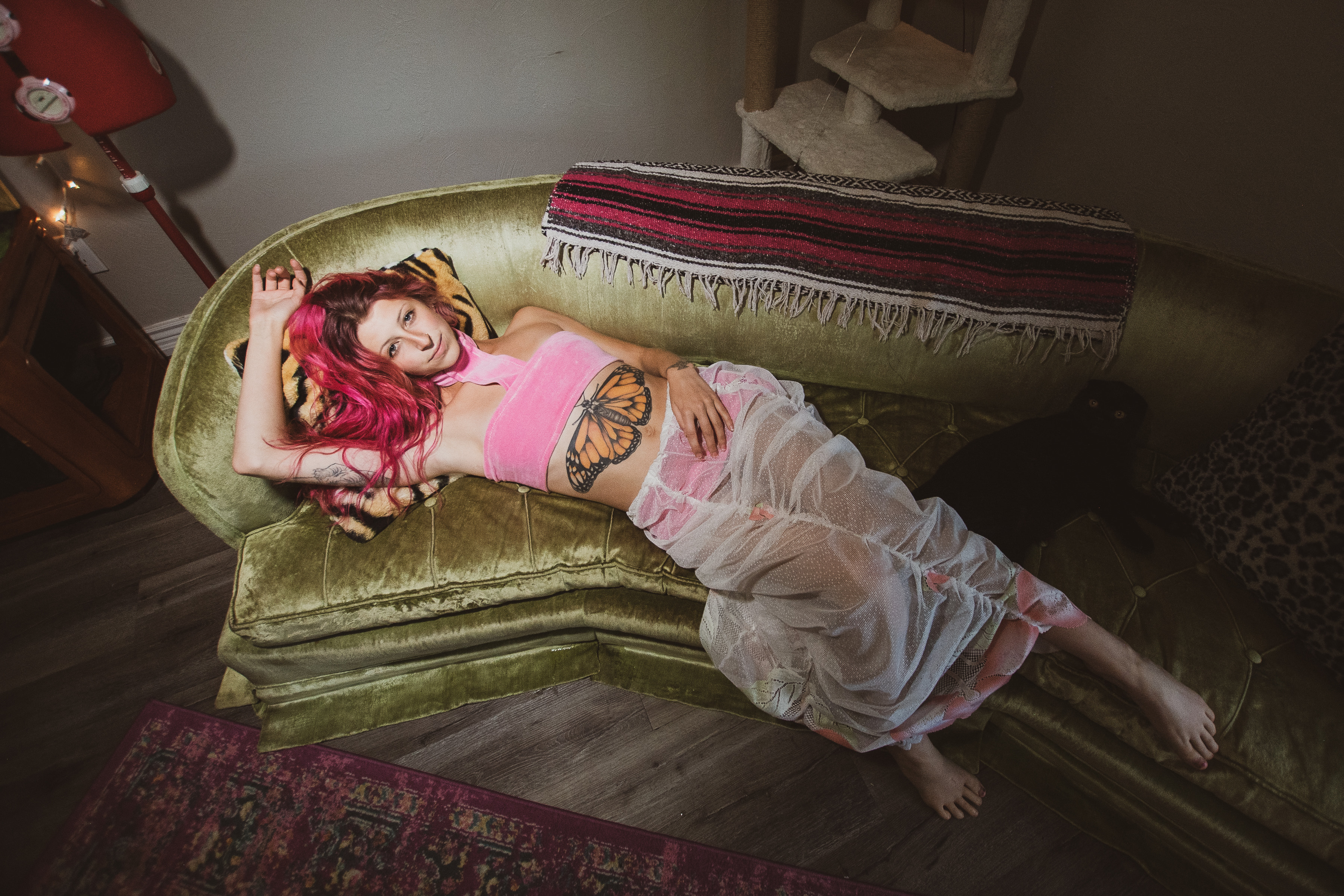 Stachnik’s designs are often a reflection of her own style. She said that whatever mood she is in is channeled into a piece of clothing. Though she is not against trends — something that she finds brings people together — Stachnik focuses on creating clothes that combine art and unique fashion. With Halloween approaching, she felt inspired to create a clown outfit out of quilted fabric and was surprised by the response.

“I used to be stuck in this thing where I used to make what I thought people wanted to see and it didn’t work, so now I just make what I want to see,” Stachnik said.

In Spring 2022, Stachnik showed off her brand during Denver Fashion Week (DFW) — her first runway experience. Prior to fashion week, her designs focused on athleisure wear and pants. It was DFW that pushed her to design something new. 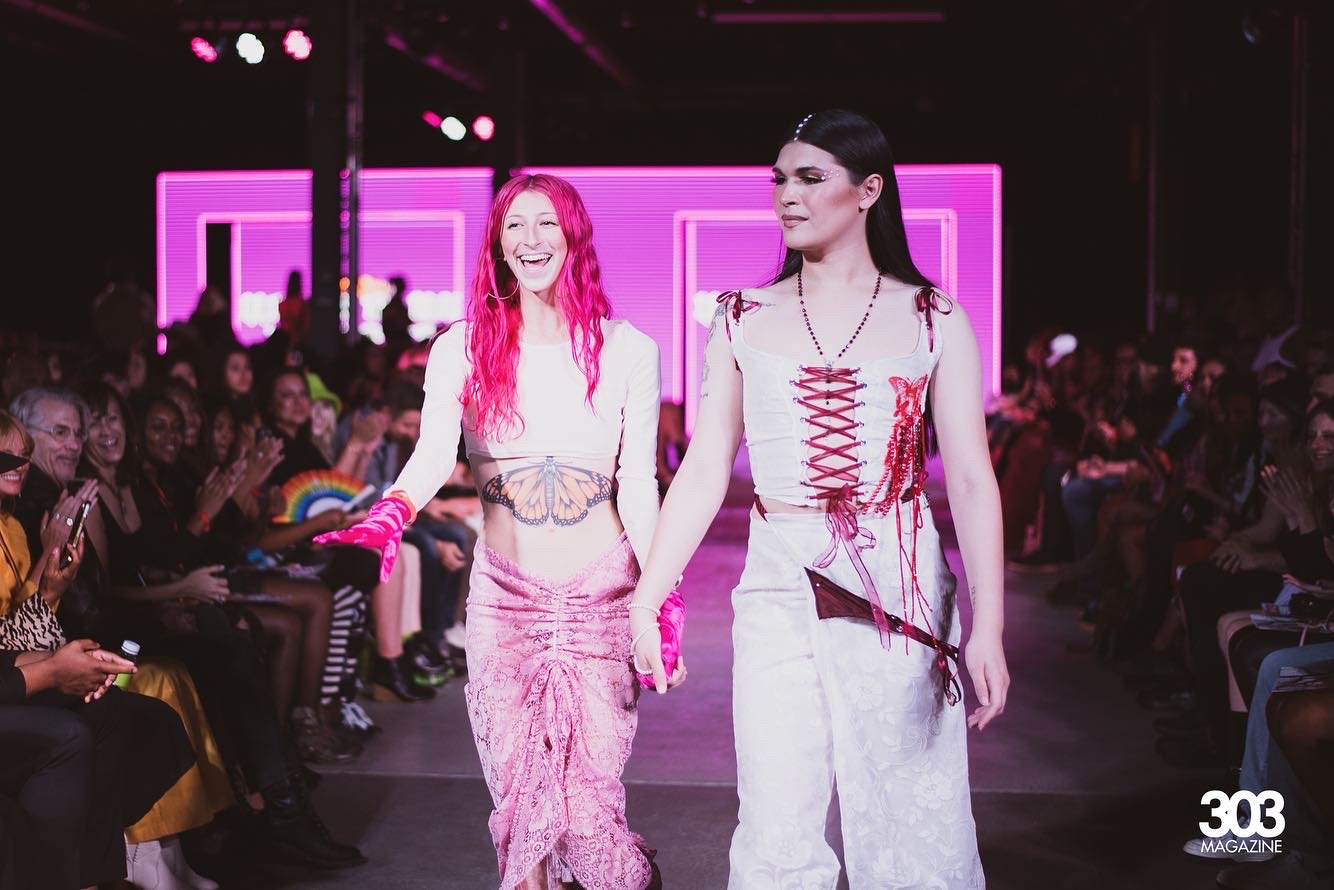 Stachnik walking the runway during the DFW Spring 2022 show

“I love doing runway, that’s my favorite thing I’ve done because it’s like a performance too,” Stachnik said. “I think there are so many cool things that you can infuse with fashion and runway that feels limitless.”

For Stachnik, DFW led to so many other design opportunities. She held her first studio photoshoot, dressed musician Neoma and was featured in her first solo photoshoot.

“I was struggling to get my stuff out there on social media and I was vending all of these outdoor markets, literally whatever I could find,” Stachnik said. These unique opportunities “really changed the trajectory of what I make.”

In addition to creating new designs, Stachnik also offers a custom option where customers can submit an idea for Stachnik to create. While this is currently on pause due to the upcoming Denver Fashion Week season and Void Studio’s upcycling fashion show, she loves creating custom pieces.

“I used to survive on customs because that was the only thing people would commission me for versus my premade clothing but Spring [Denver] Fashion Week changed everything for me,” Stachnik said. 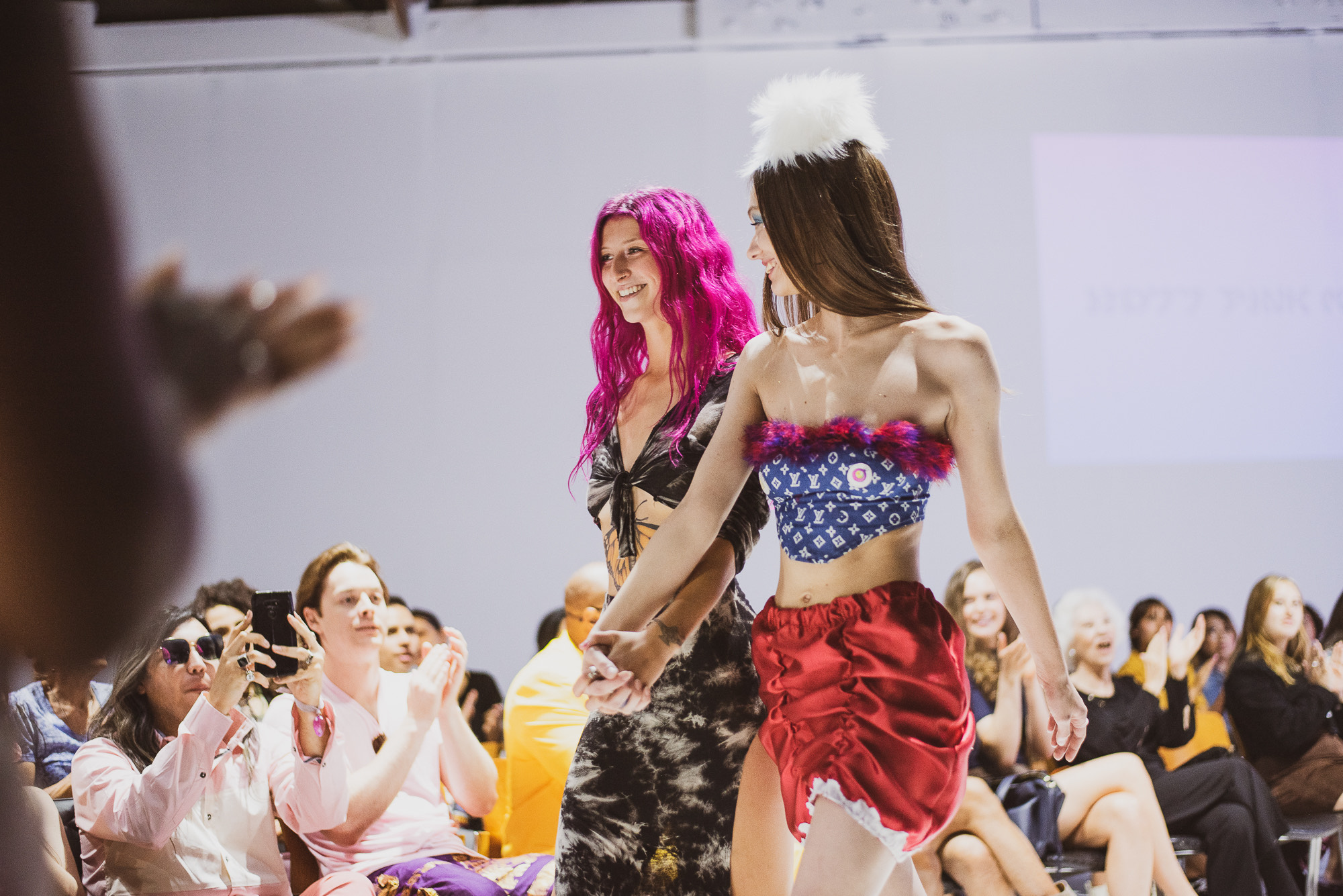 Stachnik’s biggest design inspirations are Alexander McQueen and Vivienne Westwood, both of which her designs embody through each spunky pattern and boldly printed piece. She wants everyone wearing her clothes to feel good and unique which is why she is constantly rebranding.

“I feel like I rebrand a lot,” Stachnik said. “Whenever people ask me, who do you make clothes for? My answer is I want to make clothes for everyone, for every size, age, just anyone. So the inspo is always changing.”

What can we expect to see from Stachnik’s up and coming DFW collection? Something she has never created before. Think black and gold.

Editor’s Note: Updated on September 19 to update the information to reflect where Stachnik fell and hit her head as well the date of her surgery.