With a DJ, food trucks and an eccentric collection of clothing and art, summer was in full swing in the parking lot of Show Pony Vintage this past Sunday afternoon. Organized by Salt and Pepper Apparels and co-hosted by Show Pony Vintage, Hangin’ N Slangin’ pop-up market provided locals with the ultimate culmination of Denver’s creatives. 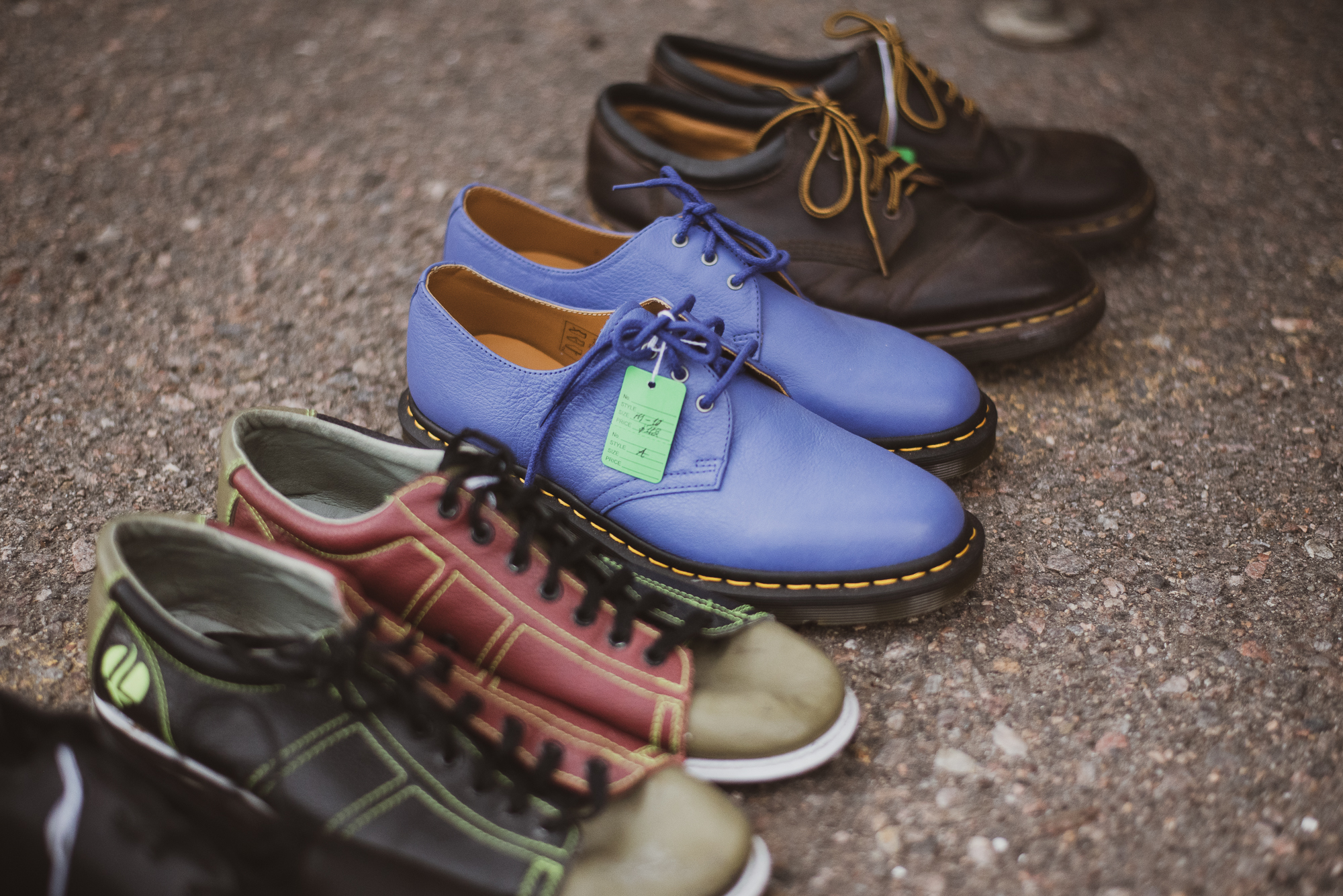 Emily Hawver, owner of Show Pony Vintage, explained that the store hosted several other markets so far this summer, crediting their spacious back parking lot as an ideal spot to set up booths. Hawver went on to acknowledge her gratitude for the ability as a small business owner to host pop-ups like Hangin’ N Slangin’.

“I want it to feel like a community. This space is not just mine, it’s for my vendors,” Hawver said. Though not in attendance on Sunday, the curator of Hangin’ N Slangin’ marketplace, Salt and Pepper Apparels, is one of Hawver’s 16 vendors at Show Pony Vintage. 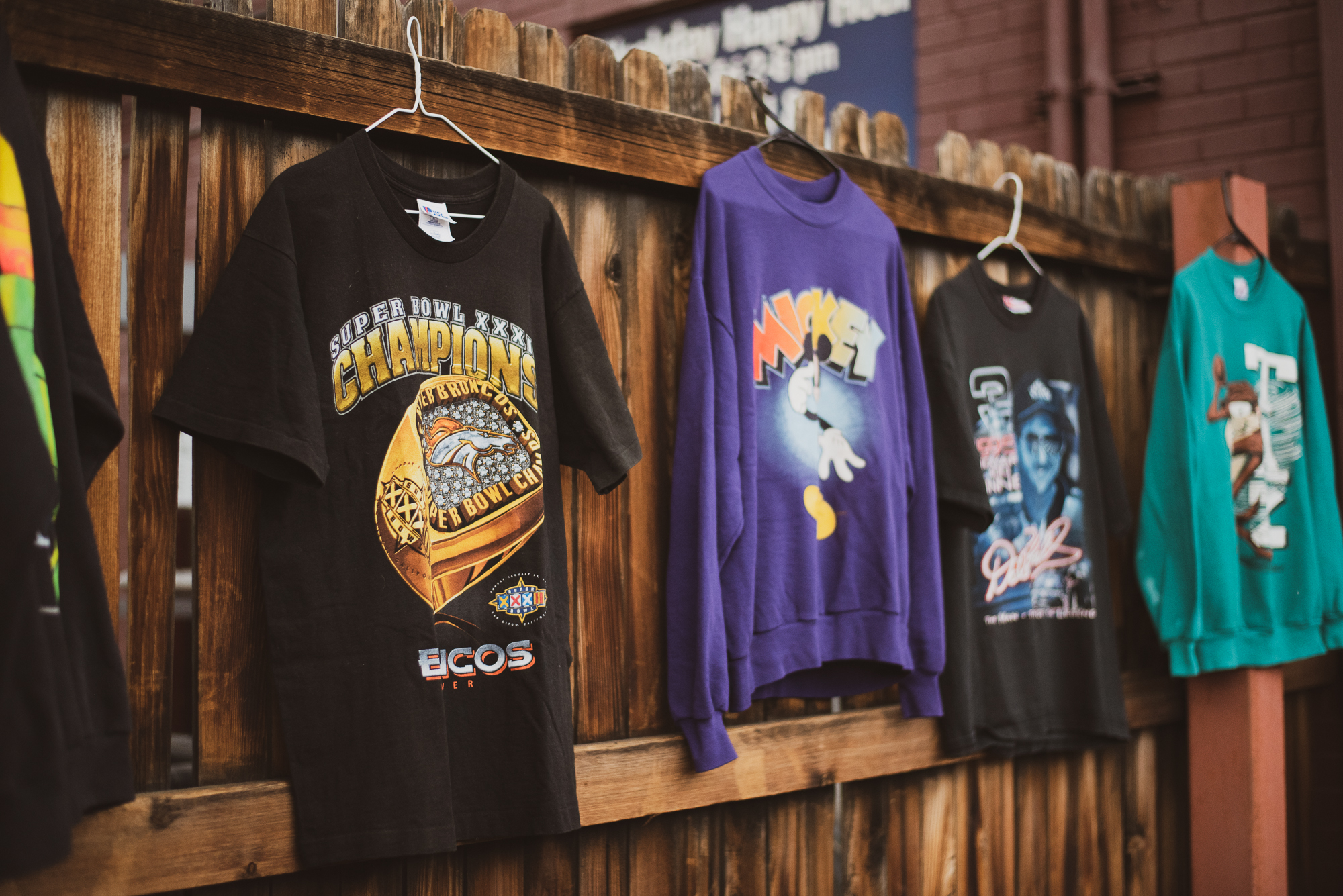 The vendors at Hangin’ N Slangin’ were in addition to the vendors Hawver regularly provides space for inside the store itself, which she noted as one of the most enjoyable aspects of hosting events like Sunday’s pop-up.

The marketplace offered more than just vintage wares, however. As shoppers meandered from vendor to vendor, they encountered everything from homemade skincare and jewelry to vintage denim and screen-printed tees. Many of the vendors already knew each other from selling together at previous markets.

Maddy Eberhardt, founder of The Making of Me, explained that she was invited to sell at Hangin’ N Slangin’ after having a booth next to Salt and Pepper Apparels at a different pop-up. For Eberhardt, making connections with her customers makes these kinds of events particularly fulfilling.

“If a person buys something that puts a smile on their face, that’s why I’m here,” Eberhardt said. 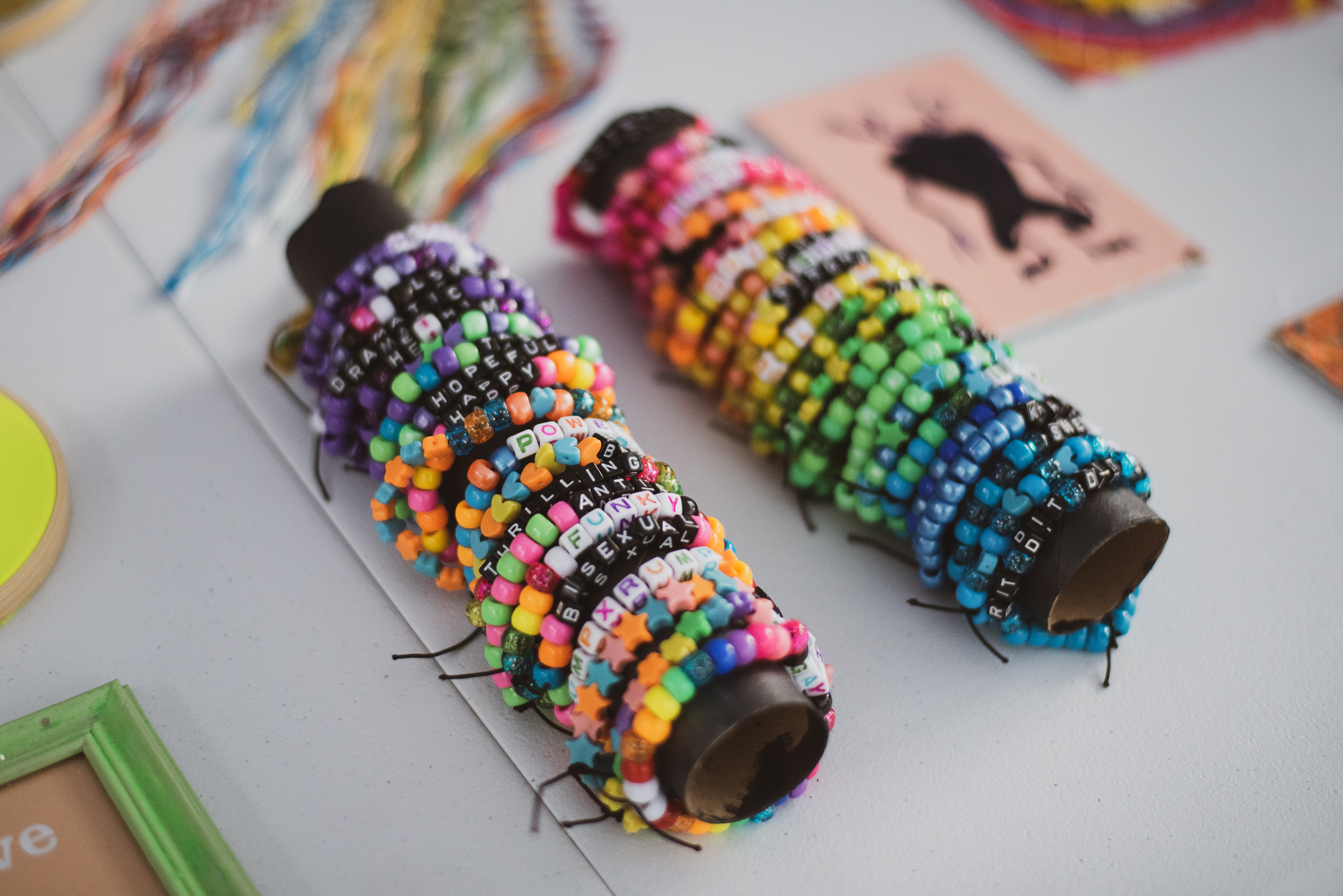 Eberhardt sells handmade paintings and bracelets with no shortage of color involved. She said both of these artistic ventures began as personal hobbies, and eventually evolved into full-blown business efforts.

Hobbies that percolated into small businesses were a common theme amongst the vendors at Hangin’ N Slangin’. What began as a project in self-care for Aleesha Johnson eventually morphed into her online skincare business, Favor Skin. 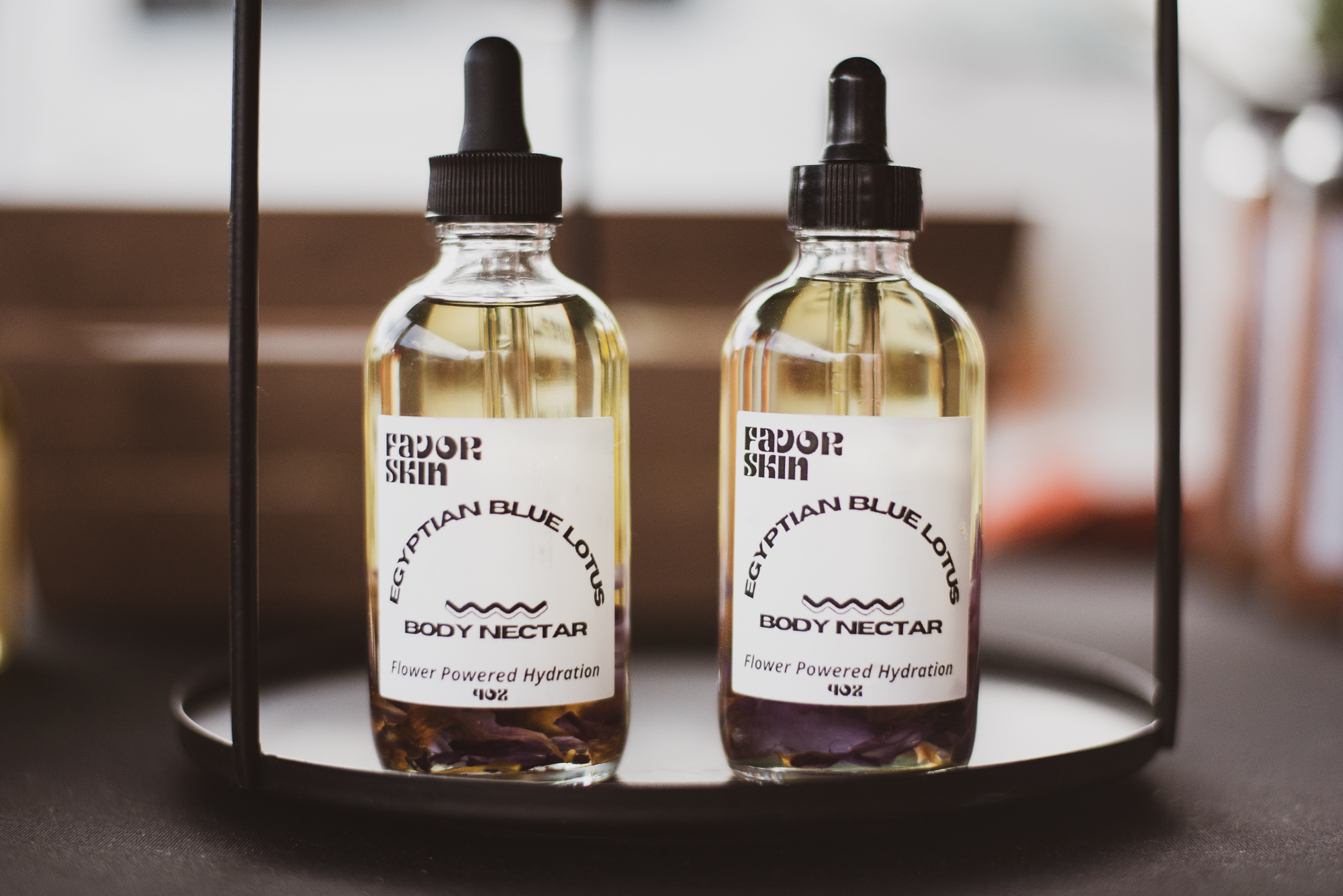 “I needed to incorporate some self-care into my life, so [Favor Skin] started with just DIY products for myself. Then people started asking me what I was using on my skin and if they could purchase any of the products from me,” Johnson said.

Johnson, who has been selling her handmade products at marketplaces since 2020, shared a booth with Hafeezah Ali, founder of Brown Bag Bargain Books. Ali sells handpicked books wrapped in brown paper bags with uplifting messages on the front and clues about the book’s plot on the back. Like Eberhardt, Ali got connected to Hangin’ N Slangin’ via Salt and Pepper Apparels. 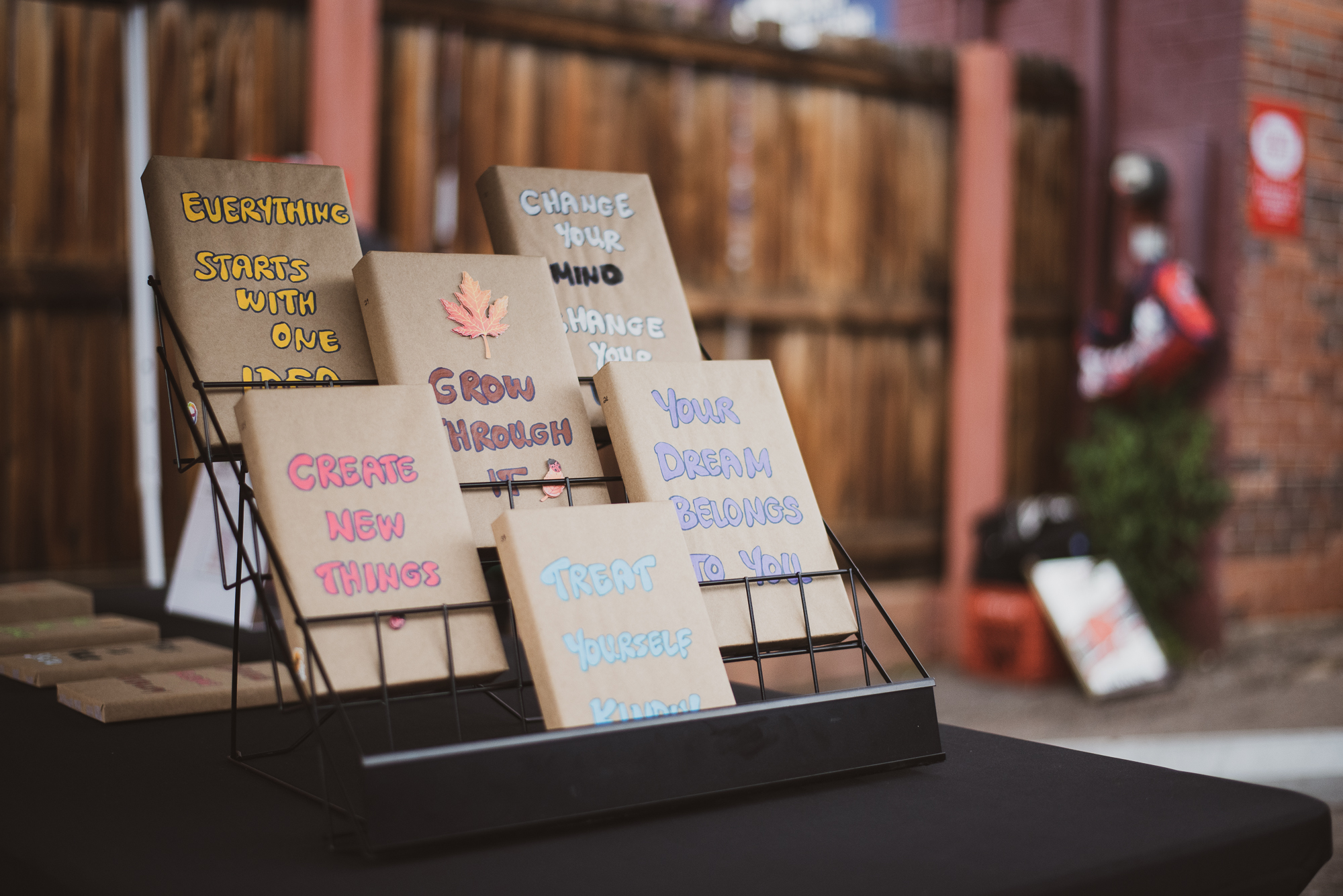 Although there was no shortage of vintage clothing vendors at Hangin’ N Slangin’, there were plenty of booths like Ali’s that weren’t selling clothes. Pizza and Plants Company and Green Bus Cafe served vegan creations out of their vans on the street in front of Show Pony Vintage, beckoning customers to join the marketplace with aromas of coffee and wood-fired oven pizza.

The marketplace was replete, however, with racks of vintage T-shirts, dresses and jackets. The selection at DayOne, founded by Eddie Nashton, is a sports fan’s dream. Nashton explained that he began collecting vintage sports memorabilia and clothing from thrift stores in his free time 10 years ago.

“When I first moved out here, I didn’t have any friends, so I would spend my time going to Arc, Goodwill and flea markets and would find just really cool stuff,” Nashton said. 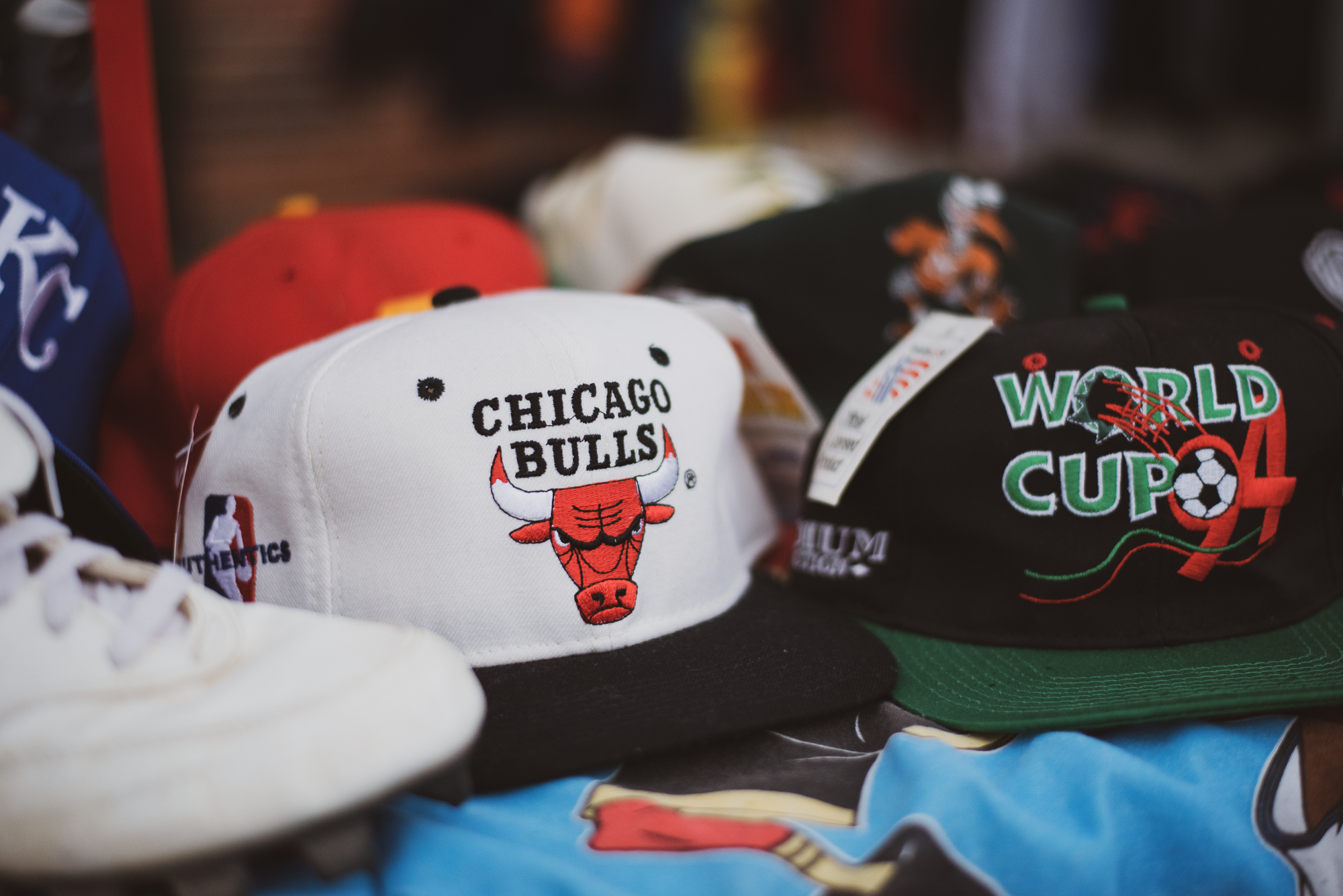 Nashton has always loved collecting and reselling. He particularly enjoys creating lasting relationships with his customers and explained that pop-ups are the easiest ways to make those connections.

“This is what I spend my days off doing. It’s not about the money, it’s more about the people that you meet. You meet people from so many different walks of life at these events,” Nashton said.

Several booths down, Hailey Rhode of Mundane Ink echoed a similar sentiment. Rohde, who screen prints hand-drawn designs onto T-shirts and pants, said it is the interactions with customers and the feedback they provide on her creations that make these events worth it.

A positive experience for the customer is a priority for each of the vendors at Hangin’ N Slangin’, and is something Tea Littleton, founder of ehlswares, takes particular pride in.

“I was raised on thrifting, so when I finally decided to get into the realm of reselling full-time on my own, one of my biggest goals with my brand was to be affordable. I’m not out here trying to price gouge,” Littleton said. 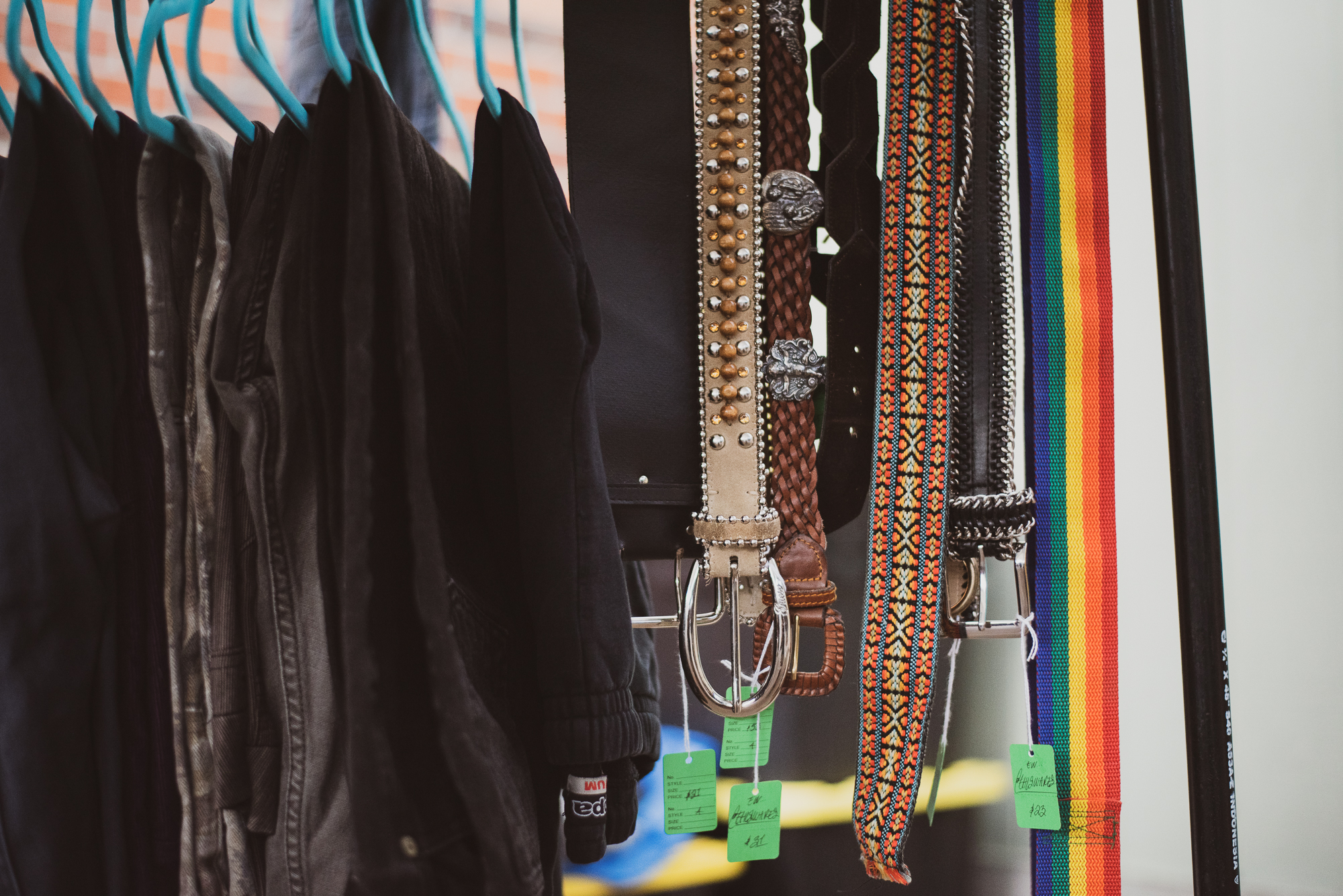 Littleton, whose racks were filled with statement pieces full of pattern and texture, denoted “style and presentation” as the driving factors of ehlswares as a vintage reseller brand. In a much broader sense, however, Littleton cited combatting the fast fashion industry as a motivating factor as well.

“I’m doing my best to encourage people to buy used clothing. My philosophy is that there is so much good stuff out there, so you don’t need to buy new pieces all the time. If people are willing to put the effort in, they can find stuff they love and at a cheaper price point,” Littleton said.

Nashton of DayOne offered a view akin to Littleton’s on the current state of the fashion industry. 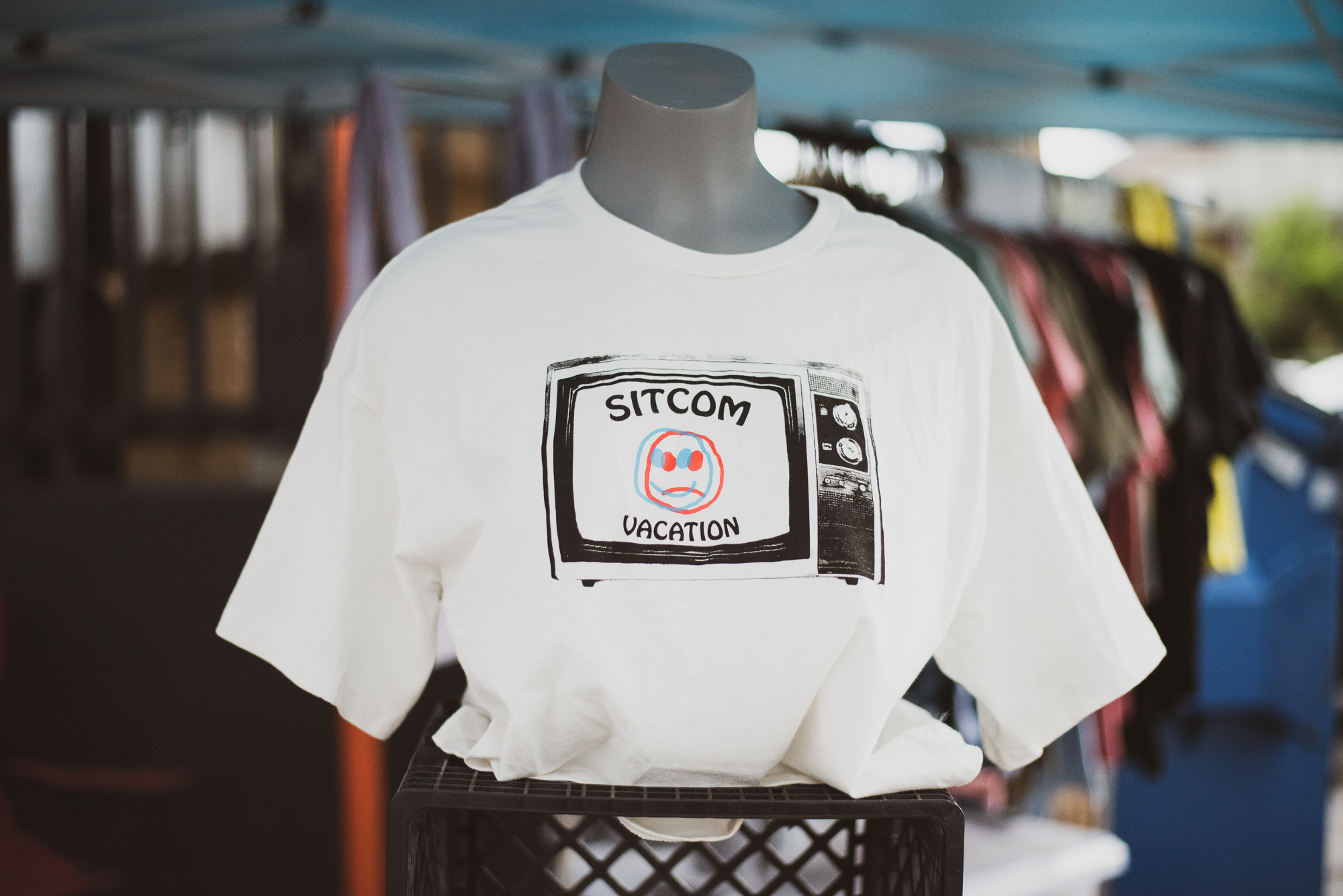 Despite the undeniable growth of the vintage scene in Denver, Hawver’s priorities go beyond monetary success.

“My goal from the beginning has been to offer something more to this neighborhood,” Hawver said. Through hosting marketplaces like Hangin’ N Slangin’, she hopes to provide the University Park community with a space to gather, foster friendships and sustainably find clothing pieces that empower them in their personal style.

The Hangin’ and Slangin’ marketplace will be in action again on July 24 at HQ Denver. Details can be found on their Instagram page @hanginnslangin. For information on other future pop-ups at Show Pony Vintage, visit @showponyvtg.