Despite being a midweek Wednesday evening in over 85 degree weather, the Tivoli Quad on the Auraria campus of CU Denver and Metropolitan University was packed at 6 p.m. on June 23, 2022. The reason: the Colorado Avalanche Pepsi Zero Sugar Watch Party for game four of the 2022 Stanley Cup Final versus the Tampa Bay Lightning. 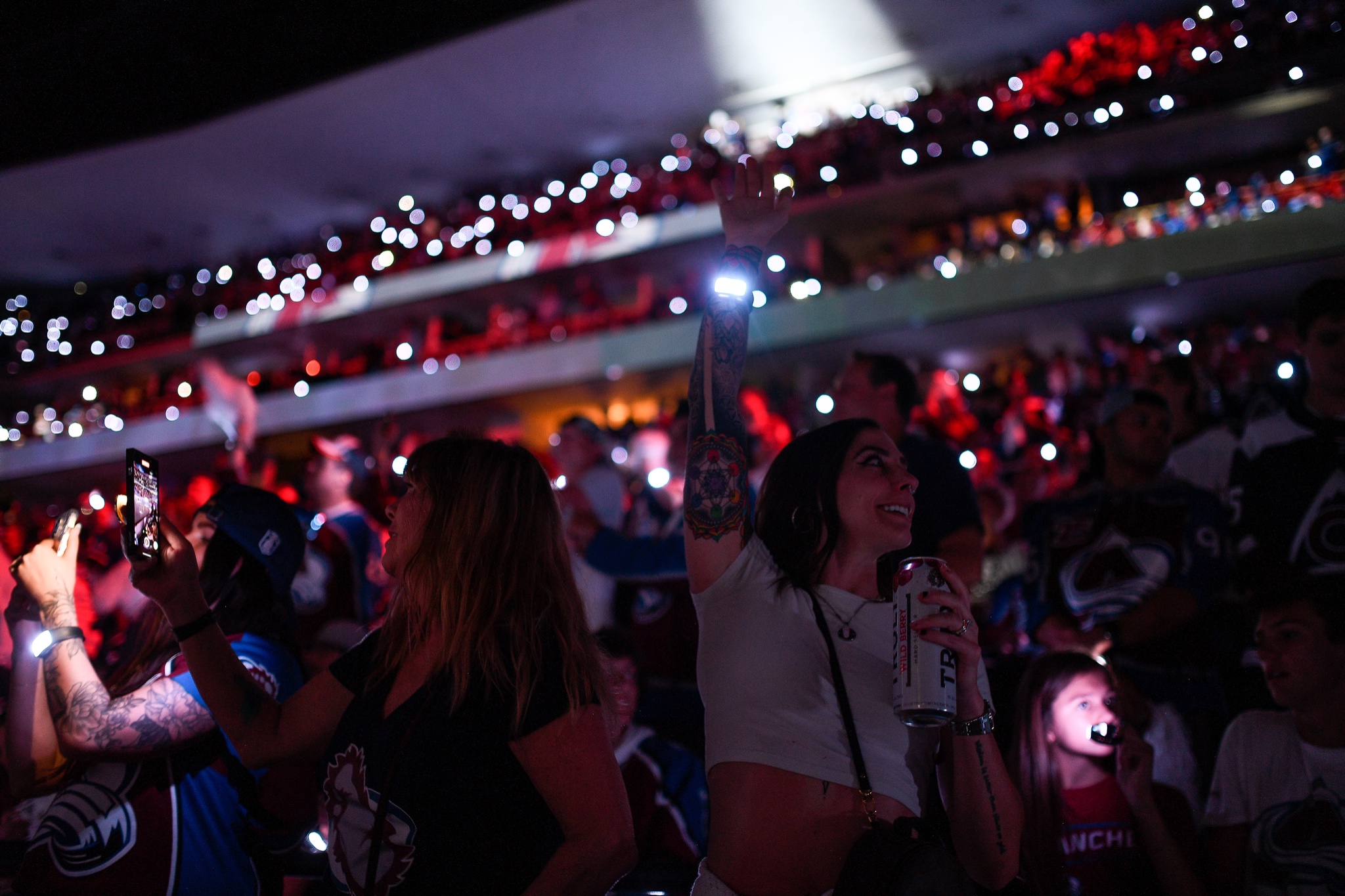 Following a game three loss to the Lightning, Avalanche fans gathered in front of the watch party’s three jumbo-sized screens for puck drop, unfazed by the lopsided 2-6 loss two nights before.

As the crowd assembled, it became clear that the group’s makeup was remarkably young. Even though the Colorado Avalanche has not won or even appeared in a Stanley Cup Final since 2001, young fans showed their support for the teams in droves by wearing Mackinnon, Landeskog and Makar.

For the majority of the present fans, the Colorado Avalanche had never made it past the second round in their entire lives prior to this year.

Madeline, a 19-year-old fan born and raised in Colorado, agrees. “I’ve been really excited [about the Avalanche] all year because it’s been like 21 years since the last time,” said Madeline. “I went to one of the watch parties in Ball Arena last series and I’ve never experienced anything like that. It was so loud.”

Madeline called herself a life-long Avs supporter but her friend, Ella, turned her eyes to the team a bit more recently.

“I’ve been watching the Avs for eight weeks, maybe 10 if we’re being generous,” Ella said, wearing an Avalanche t-shirt. “But it’s been fun. We go to college together in Memphis and we were there when the Avs swept the Predators, so it was pretty fun and we were talking mad smack the whole time.” 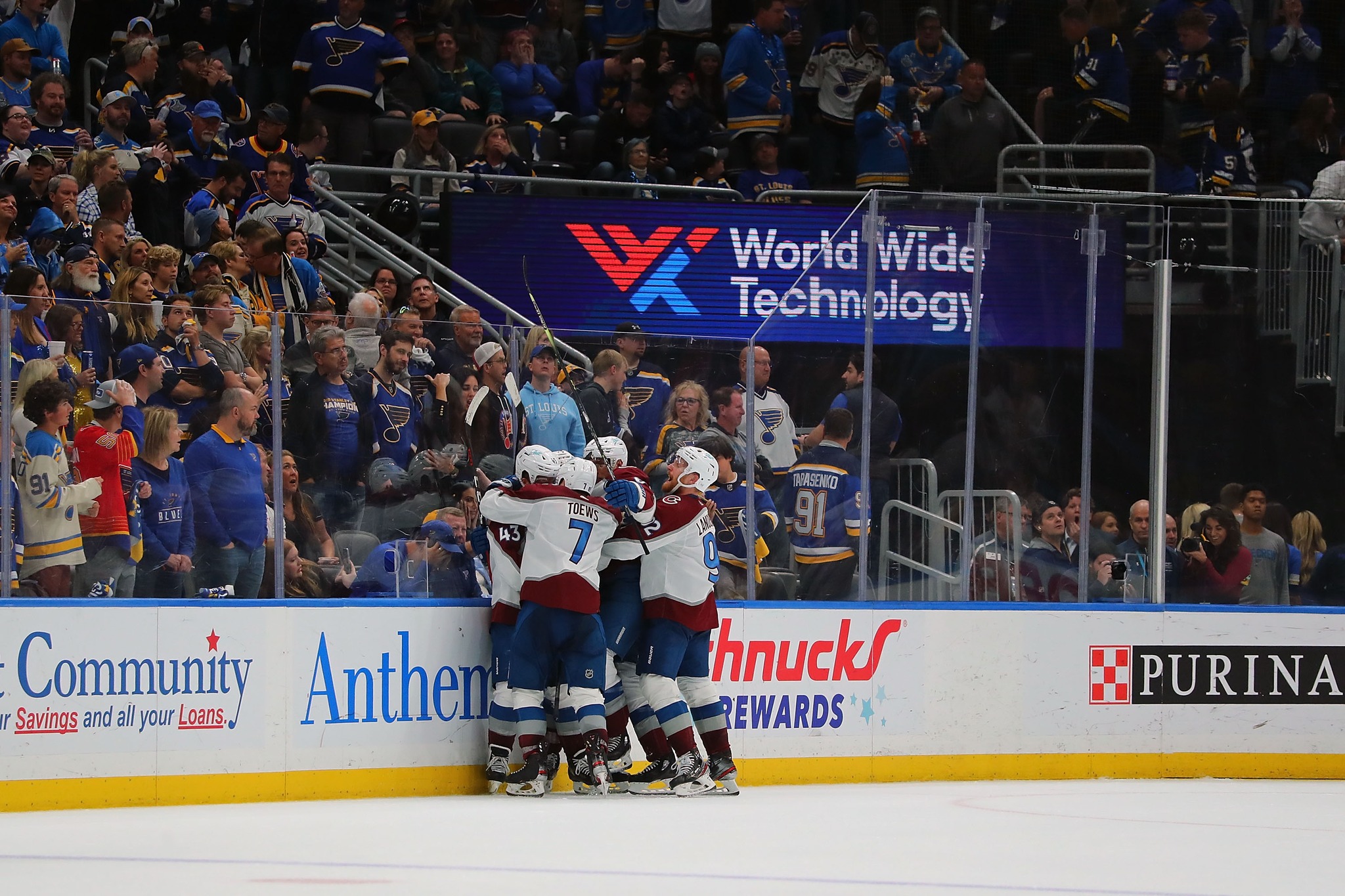 Sam, a fellow fan, shares Madeline’s lifelong sentiment. He’s been watching the Avalanche hit the ice since he was born, even skating twice with the team during game warm-ups in 2015 and 2019. His friend, Tony, started watching in 2017, just as the Avalanche finished their season with a franchise-record low in wins and 60 losses.

“It’s been really meaningful to watch the way the team built up after that season after they were pretty bad,” Tony said.

For all young Avalanche fans, this is the first time they have ever seen deep post-season success, but years of missing the playoffs, dramatic player trades, and second-round disappointment did little to turn away the dedicated teen and college-aged group.

“This season is really iconic, for me, because it’s been such a long time since. I’ve been a fan for over ten years,” said Josh, 19, another supporter at the watch party. Despite not being alive to watch or remember it, his favorite Avalanche memory is Patrick Roy’s 1997 goalie fight with Detroit goaltender Mike Vernon.

Among all these fans, there is one common thread: their love for the Colorado Avalanche. Whether for 19 years or eight weeks, the mile-high hockey team has captured the passion of the next generation.

“There’s a lot of us, for sure,” said Madeline about the crowds gathering in support of the Avs. “We’re the best fans around. You know if you’re at an Avs game, you’ll make friends. The people around will be your new besties.”

For those who’ve been cheering for years, this season feels like the ultimate reward. For those new to the team, this season has made more than a few Avalanche fans for life.