Every year, DJs and producers across the vast spectrum of electronic music move to Denver to embrace the iconic bass culture found in the Mile High City. From Griz and Mersiv to CloZee and Haywyre, and more recently, Tvboo, there are countless examples of iconic musicians that migrate to their Denver home in between sold-out tours and summer festival runs. Occasionally, though, homegrown Colorado artists make headway in the mainstream EDM industry. Ehren River Wright — better known as SoDown, a multifaceted bass artist who’s rarely found without his saxophone in hand — is a perfect example.

If you listen carefully to his music, which ventures into funky electric jams on his new EP Get Up, the Colorado influence laced in his style and sound becomes clear. Frequent trips to the Red Rocks Amphitheater growing up, a subtle spirituality and clear connection to his dedicated fan base (dubbed “The GetDown”), all point to his Colorado roots. Unsurprisingly, his journey into the world of music began with Pretty Lights on the Rocks. 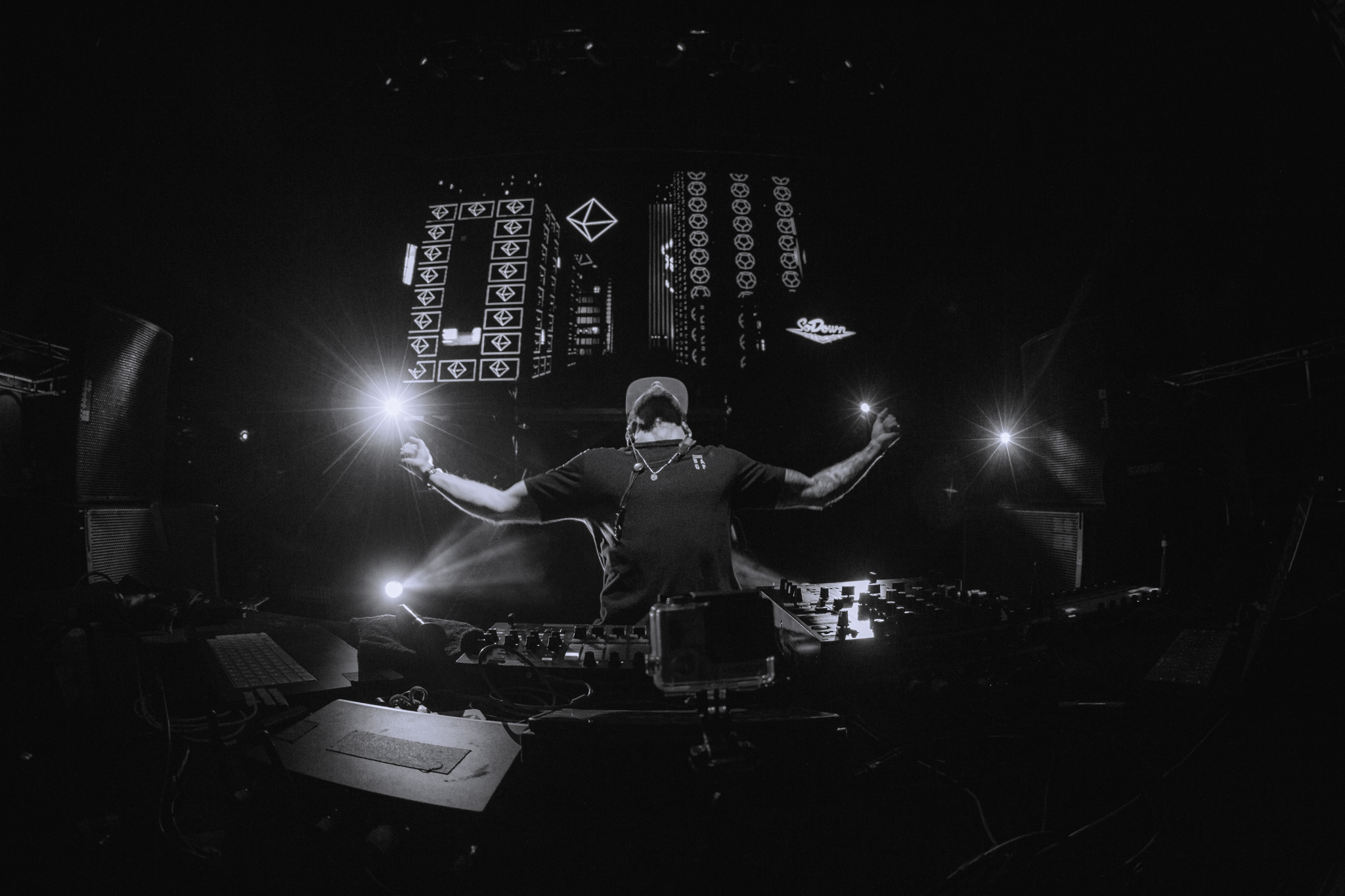 “I had been to Red Rocks before, but had never been to a dance show or an EDM show,” Wright said, remembering the spark of inspiration he felt during a Pretty Lights show at Red Rocks Amphitheater in 2010. Speaking with 303 Magazine during an exclusive interview backstage at the iconic Red Rocks Amphitheater before his opening set for Boogie T, Wright recalled the genesis of his love for dance music while he cleared his head before his performance at the legendary venue.

“I just saw how the crowd was all on the same wavelength and it was so inspiring, so connecting. I felt something that I hadn’t really felt before in a large crowd like that. Six months later I was beatboxing on a porch after a show at four in the morning, and I was like, ‘I think I could do this. I wanna do this.’ From that moment forward, I started studying music.”

And so began Wright’s long journey to a sustainable career as a DJ, producer and performer as SoDown.

Wright spent seven years making music in his parents’ shed, overcoming the trials and tribulations commonly associated with the learning curve of music production. One thing he always knew, though, was that live instruments were a crucial part of the experience he wanted to provide for his audience. 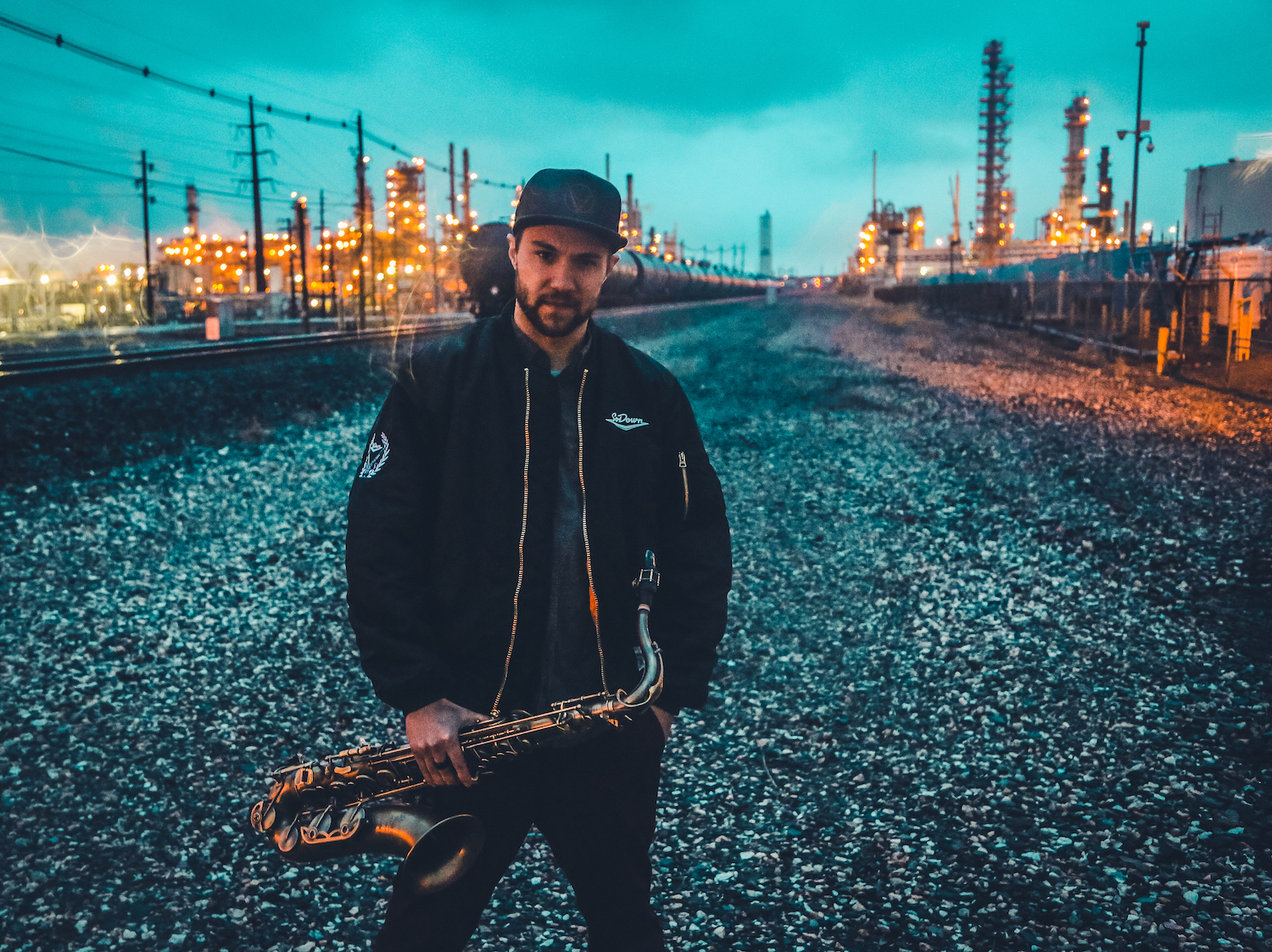 Wright’s musical influences are unbound by contemporary genres. From funk and reggae to classical and jazz, no stone is left unturned in his musical exploration. Usually, bass artists don’t cite Curtis Mayfield, James Brown and William DeVaughn as influences. It’s easy to assume those inspirations are exclusively tied to Wright’s love for the saxophone, which he routinely includes in his songs and performances, but Wright’s appreciation for the jazz genre is deeper than that. It’s about the musicality, the feeling that’s so deeply embedded in musical improvisation. Whether he’s improvising or meticulously crafting a well-thought-out tune, Wright describes creating music as a “spiritual journey.”

“[Making music] is a spiritual experience, you know? Writing music is a journey in itself. Sometimes it works, sometimes it doesn’t, but I think as long as I show up and I’m open to the ideas, something will happen.”

Thankfully, Wright was very open to all sorts of ideas on his recent three-track EP Get Up. The funky reggae-dub fusion showcased throughout the three tracks pays homage to rasta styles with bouncy energy and good vibes led by smooth saxophone and gritty bass drops that definitely make you want to “get up.” 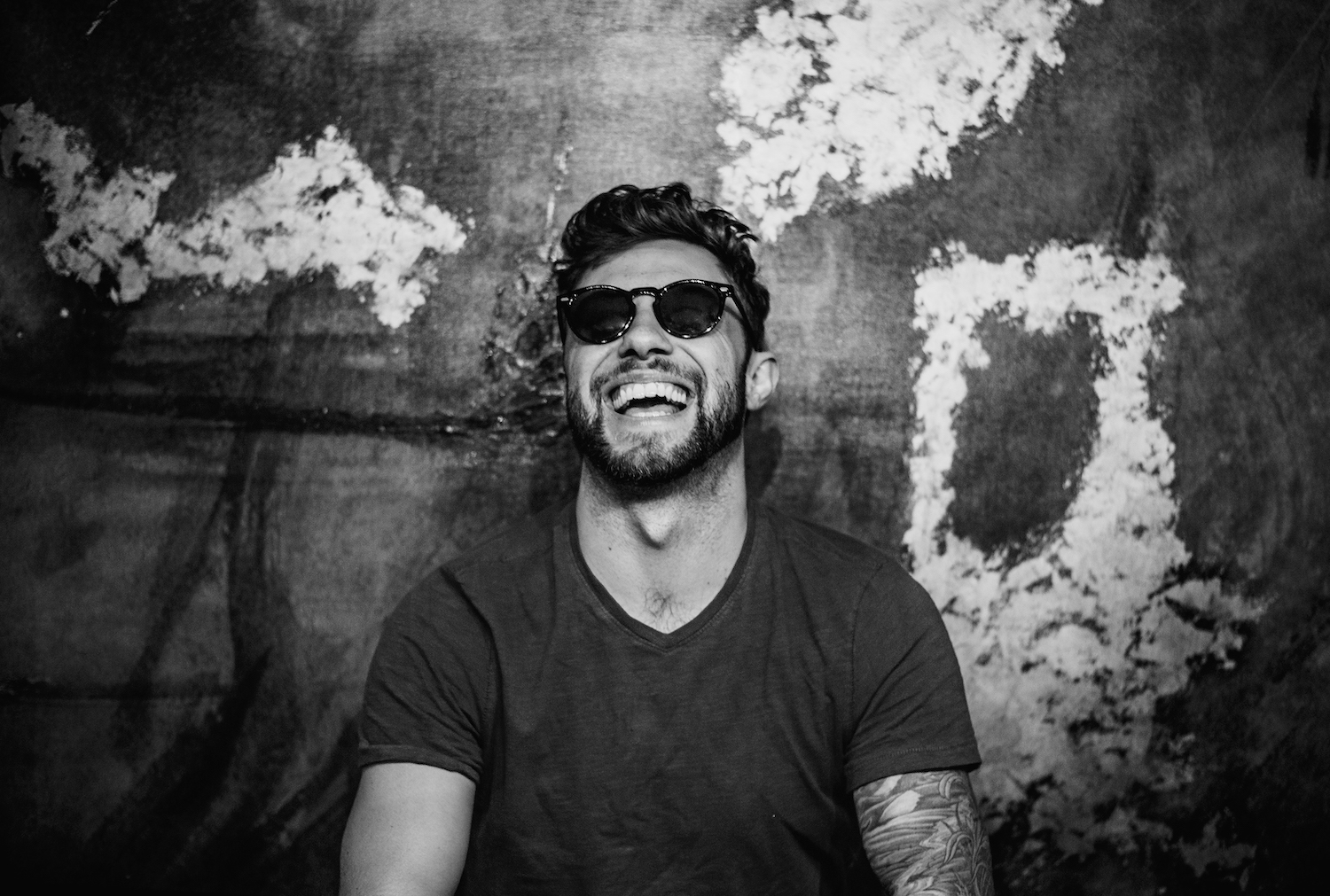 Get Up is painted with Colorado inspiration. Everything, from the warm cover art crafted by Wright’s friend and collaborator, Defunk (who also makes a welcomed appearance on Get Up’s title track) to the groovy production, is a spirited showcase of the bass capital of the world.

The music sounds exactly like what you’d expect from a home-grown Colorado bass artist and matches perfectly with the cover art — a snapshot of a sunset drive beneath flat iron rocks and a planetary sky. As Wright’s skeleton caricature speeds down a dirt road, dice in the mirror, saxophone safe in the back seat, we’re reminded of a key philosophy in Wright’s life: memento mori.

“There’s this narrative that I heavily relate with — memento mori, which essentially means ‘remember your death.’ I feel like if we can do that, then it makes living in any circumstance much more enjoyable.”

That subtle spirituality, partly grown from his Colorado roots, is a compelling force that drives Wright’s life and music on a daily basis. It’s also one reason he has such an authentic connection with his dedicated fan base. 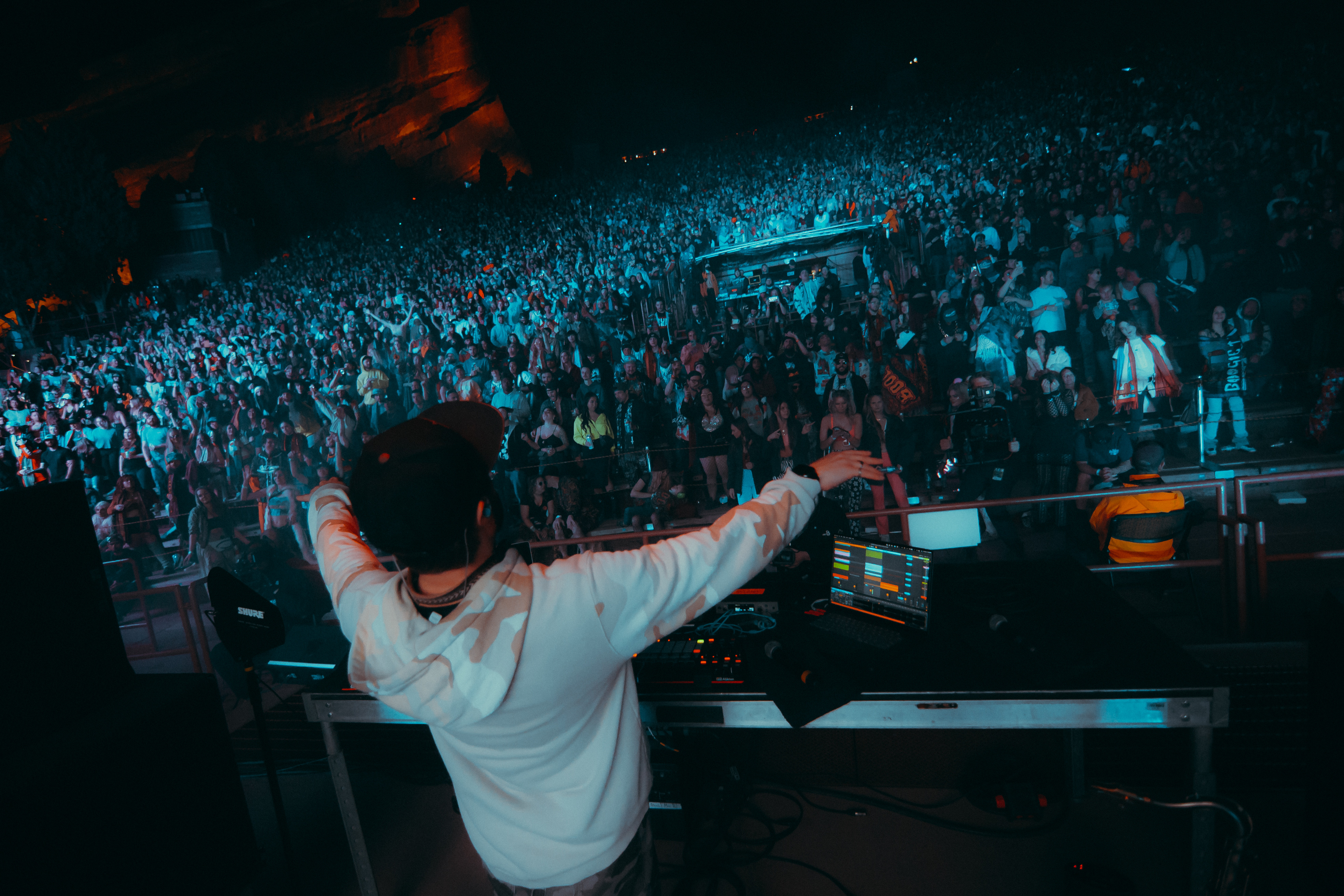 On more than one occasion, Wright has opened his DMs up to struggling fans, reminding them that no one is alone, offering up his time and attention to hear their struggles and empathize with the universal problems humans face on life’s long and winding road. Although these experiences can be heavy, Wright often comes away inspired by short glimpses of hope provided by his endearing fans.

According to Wright, inspiration comes in all shapes and sizes. From a chance conversation with an elderly yoga instructor from Hawaii to a single green strobe light flashing at a Rusko show, revelations often reveal themselves during unsuspecting moments in Wright’s life.

One thing that has always inspired him is the connective tissue that holds the dance community together, something he was overwhelmed by during his first EDM experience with Pretty Lights at Red Rocks. With a long-standing reputation for embracing weird antics and refraining from judgment, the EDM fan base is one of inclusivity and love — two defining characteristics Wright strives to promote during his live performances.

Anticipating the Get Up release, Wright wanted to do something special. His fan base has grown substantially in the past few years, and he’s reached a place in his career that can afford some unique, interactive campaigns that go beyond the traditional PR strategies and social media promotion. After all, what’s the use in having such a passionate fan base if you don’t connect with your audience in a personal way?

So, Wright and his team decided to announce the Get Up EP through a series of short, cryptic videos, hand-delivered letters with a special note, VIP tickets to see him open for Boogie T at Red Rocks and a hard drive containing an exclusive listen to the new EP.

Exploring “The GetDown” Facebook page, it’s clear the campaign worked. Dozens of fans took to social media to show off their special delivery and express their gratitude for their favorite producer’s music and good nature. Comments like “I don’t know what I did to deserve this” and “My heart is literally overflowing” are in abundance among the lucky few who received the announcement letter. 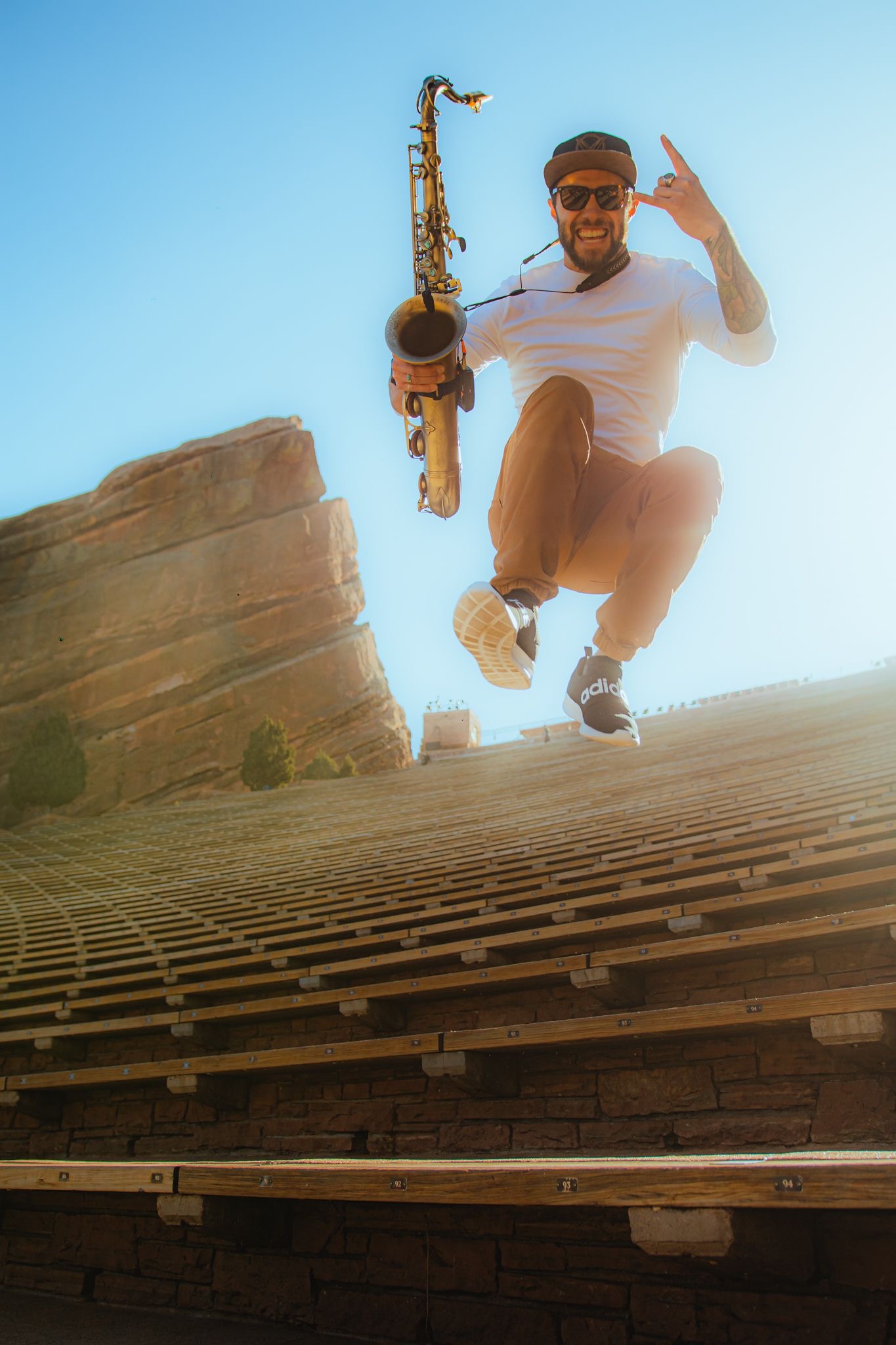 One fan who couldn’t make it to the Red Rocks show held a contest to give away her ticket. To win the ticket, fans expressed what SoDown meant to them. “To me, SoDown means living your life to achieve your max potential” and “to be SoDown means you are down to be positive and spread love and kindness to everyone, stranger or friend” are just two of many inspiring responses.

It’s clear that Wright is here for the long run. The love he has for his fans parallels his love for music and his home state of Colorado. Clearly influenced by the Colorado lifestyle, his music represents the groovy electronic sound cultivated by legendary Colorado musicians, carefully curated Red Rocks performances and a community-focused approach that puts fans first.

With summertime right around the corner, Wright is gearing up for festival season and looking forward to building a dedicated community that strives to celebrate all the great characteristics of the dance community. He assured 303 Magazine that there’s much more to come for SoDown during 2022, but in the meantime, check out Get Up and get ready for his two-night Mishawaka performance on July 30.